The Road to the Isles 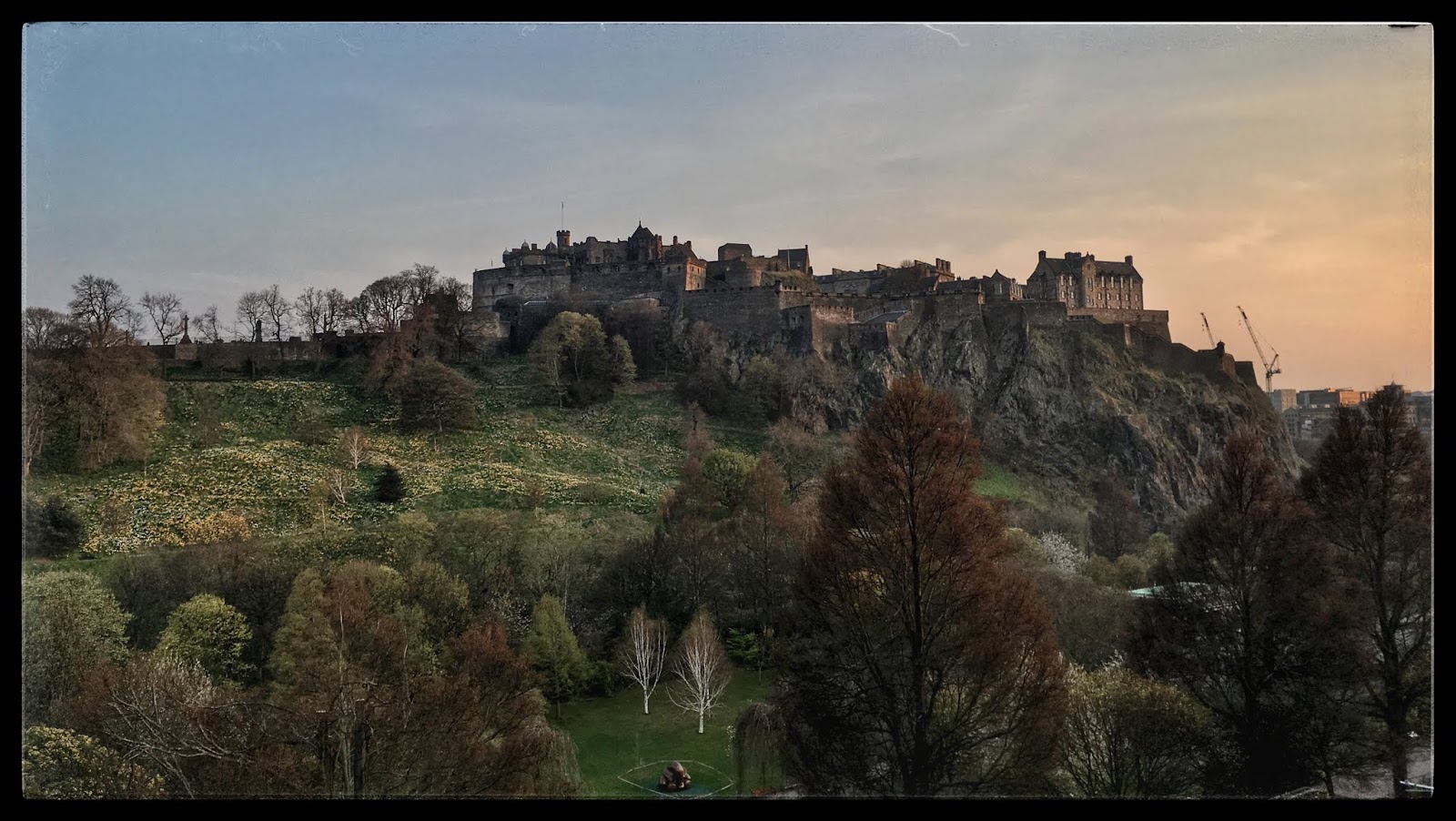 A far croonin' is pullin' me away
As take I wi' my cromach to the road.
The far Cuillins are puttin' love on me
As step I wi' the sunlight for my load.

The Road to the Isles
Kenneth Macleod.


I am in Edinburgh.  I dine with gentlemen of distinction: Sir James Dunbar Nasmith; the President of the Scott Club; The Chair of the Royal Celtic Society. 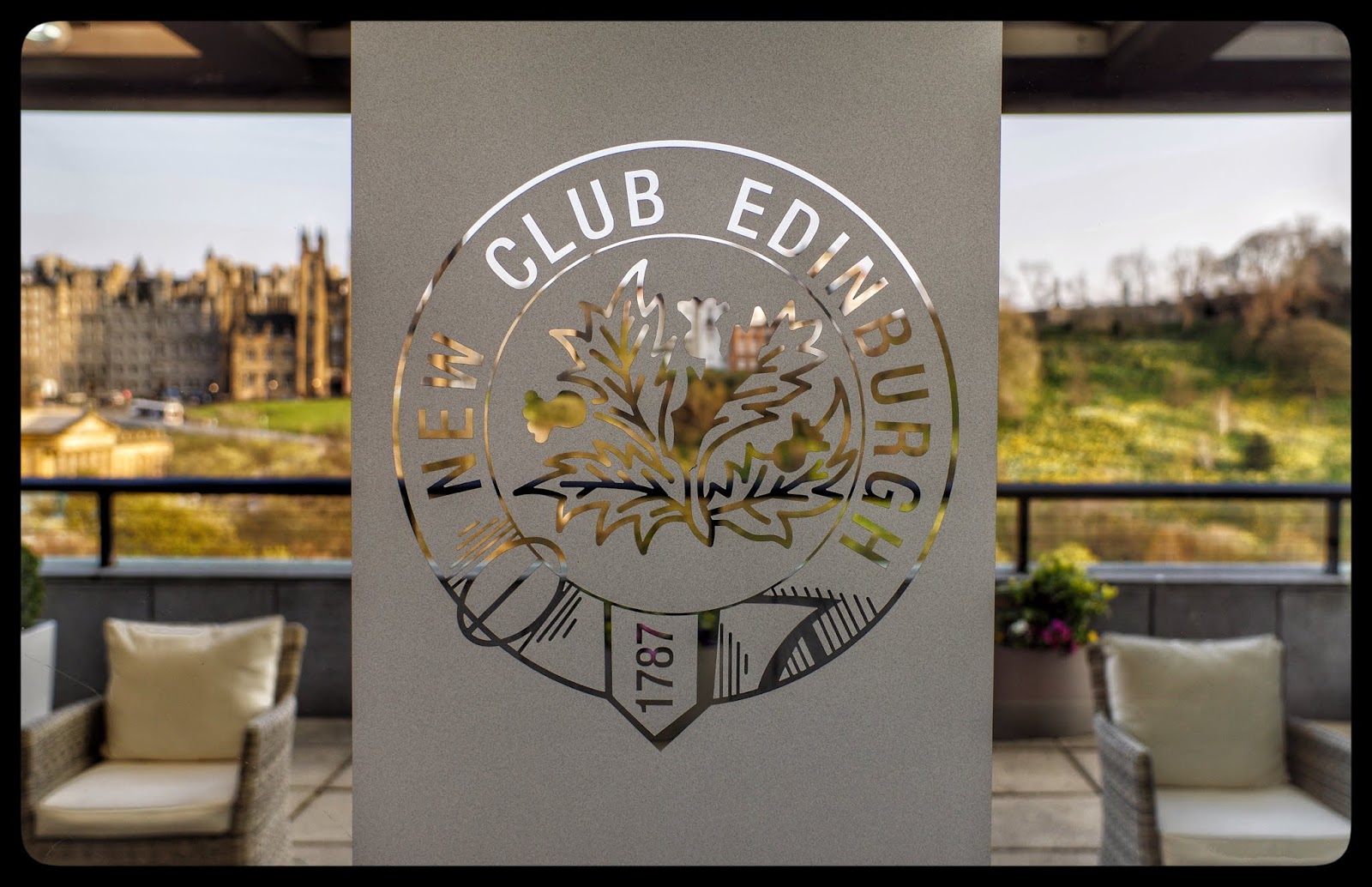 I have oysters and lamb, for the record.  I ask Sir James if he had known Basil Spence.  My conversation is limited.  Adam Smith may also have been present….. 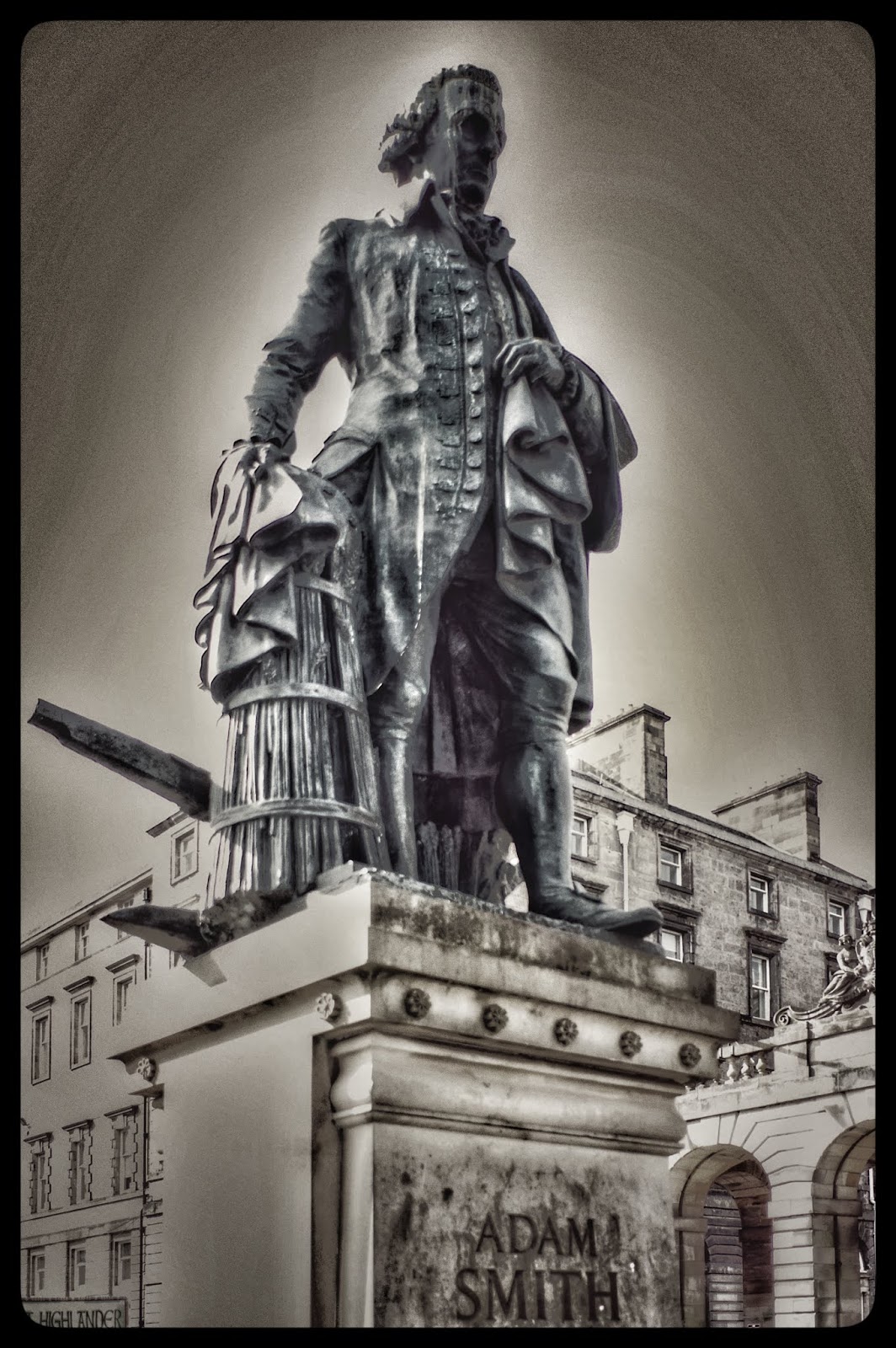 Later I sip Glenmorangie on the terrace, in lonely isolation with a slightly stained stoney  Queen..... 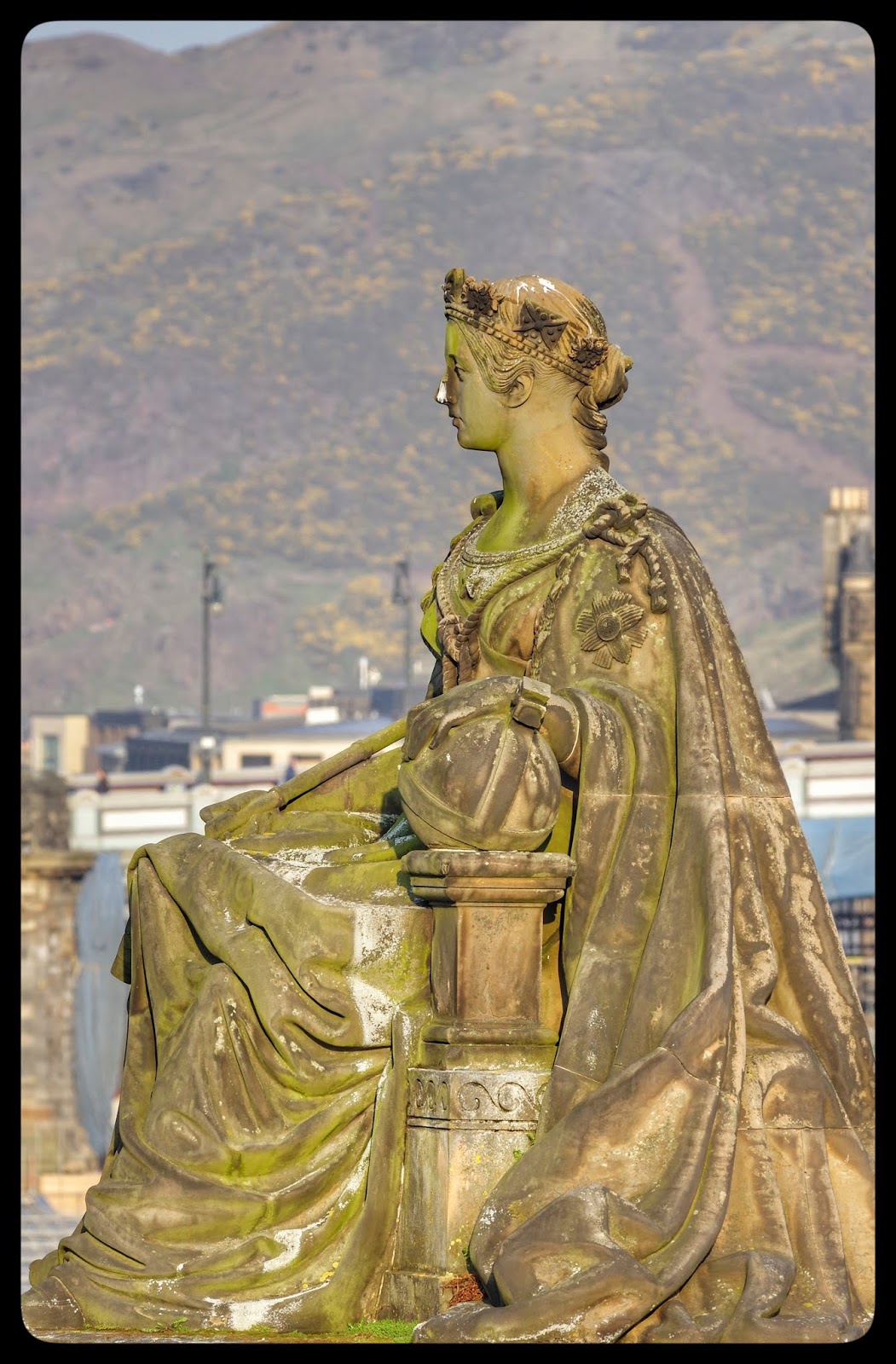 In the morning I am ribbed, via North Berwick, to the Bass Rock, where, along with a plethora of gannets, 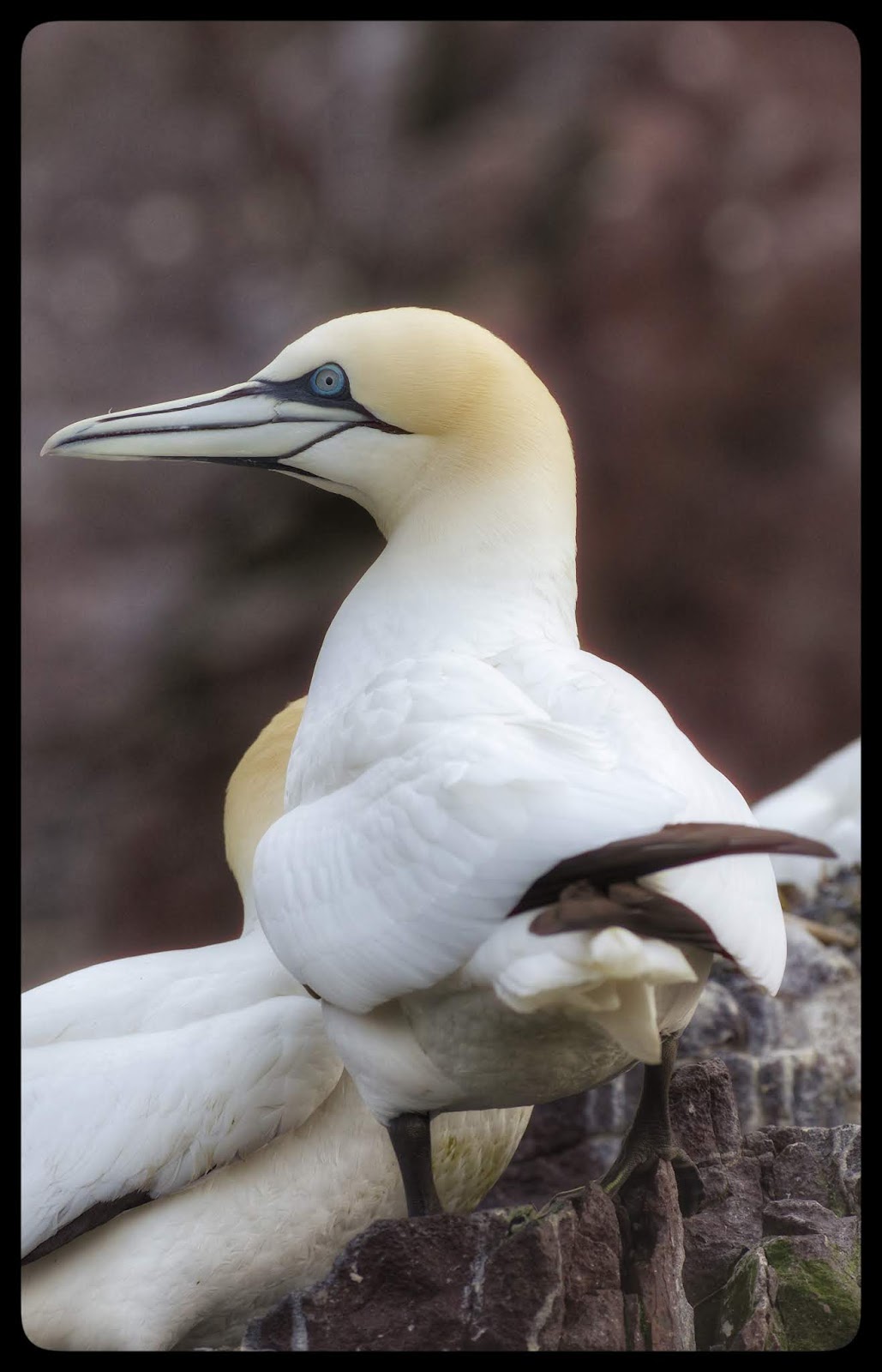 A number of puffins and several guillemots, 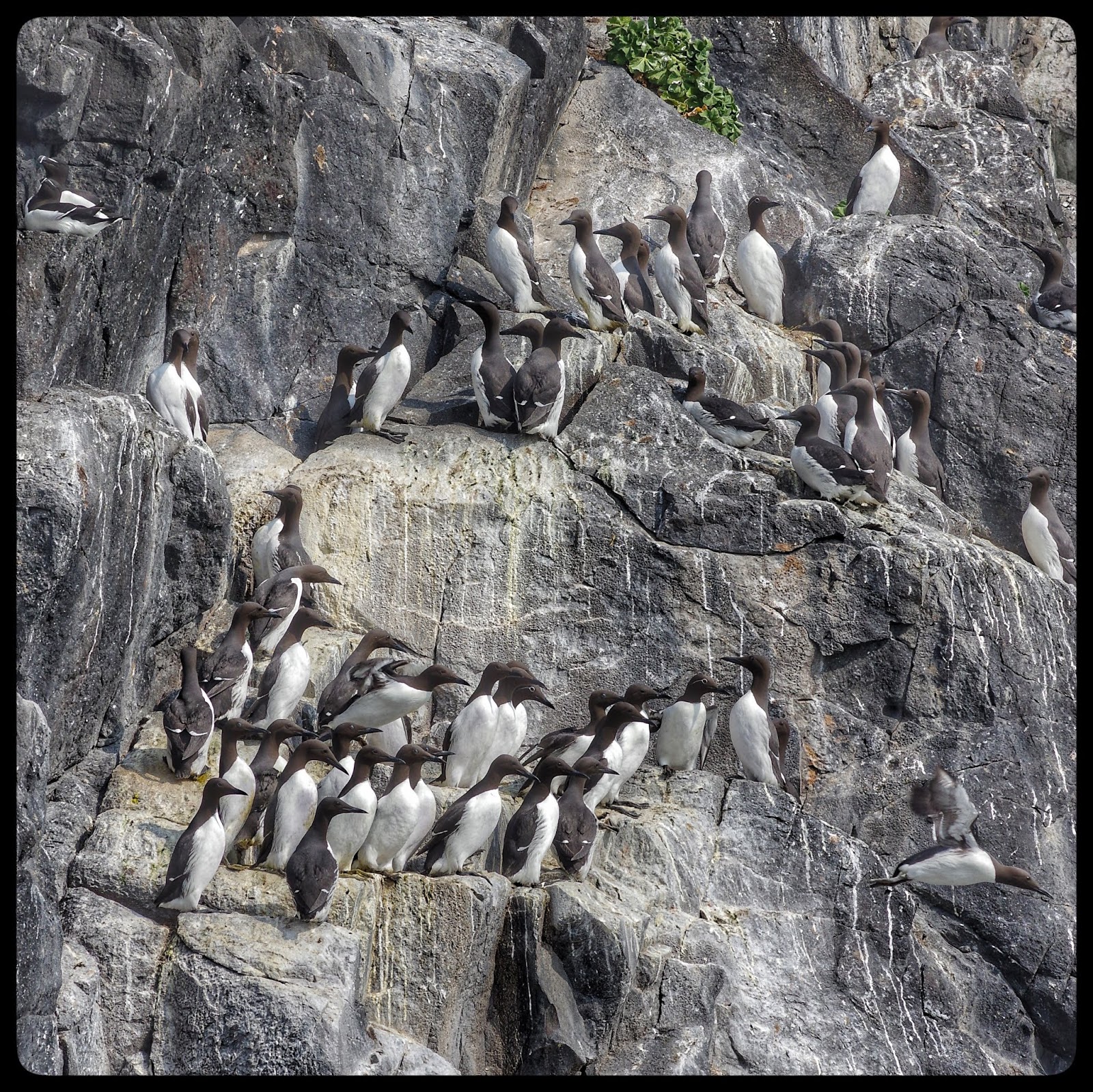 I am reminded that Robert Louis Stevenson was nothing but the cousin of the man who designed and built the Bass Rock Lighthouse. The waters are cold. I see no sand eels. 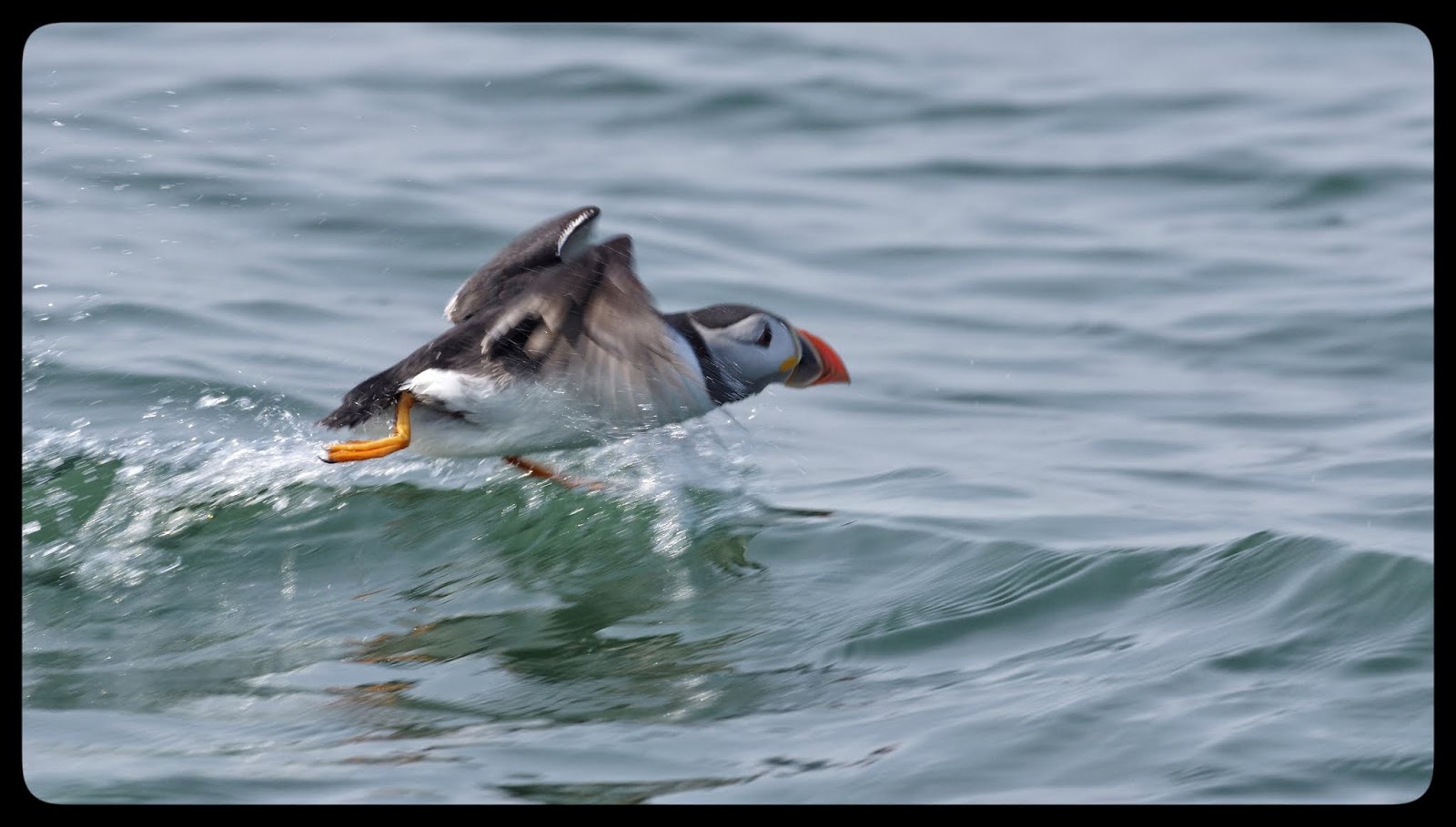 To Ladybank, where I am held, in significant comfort and relative luxury, in a remote Steading.  I meet a man with restless eyes and a young woman who leads scouts and rings bells (though not mine).  A lamb’s leg is carved in ritual.  We speak of Gavin Maxwell and his discomforts, and of the insurmountable difficulty of electrifying the Forth Bridge, almost as if they are linked....

A tree creeper lightly touches the silver birch on the drive. 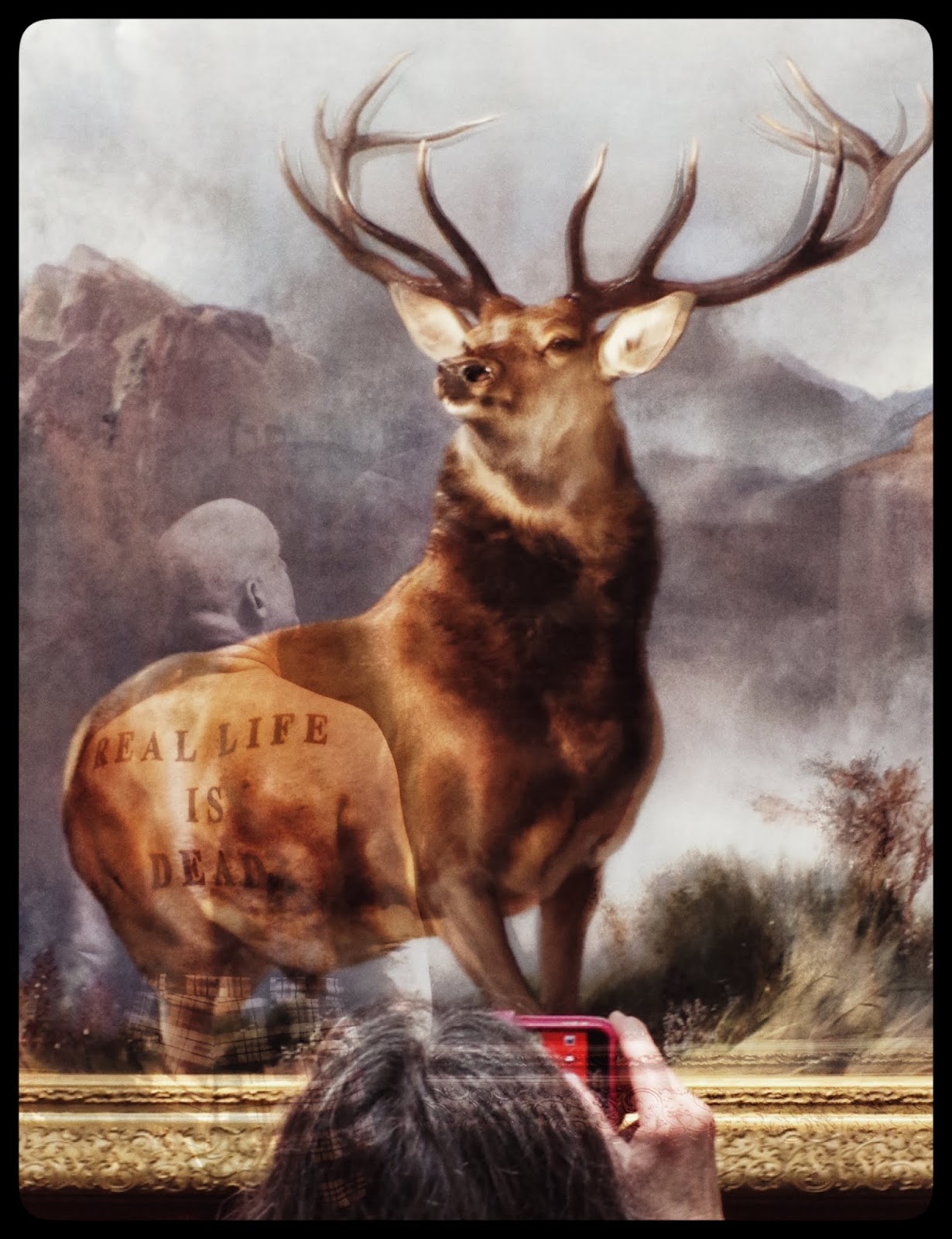 The next day I am taken to Crail.  Fishermen bait lobster pots and disappear.  An hotel claims to provide fresh fish….  Breaded or battered.  The shellfish shack is void.  Curlews in a field. Whaups would always be whistling….. (though these are black-throated divers....)

Later, in St Andrews (a city once archiepiscopal); I beg for Cullen Skink, in memory of the Battenbergs.  As Boswell recorded, Saint Andrews seems to be a place eminently adapted to study and education, being situated in a populous, yet a cheap country, and exposing the minds and manners of young men neither to the levity and dissoluteness of a capital city, nor to the gross luxury of a town of commerce, places naturally unpropitious to learning…..  [This might have been Charles’s prospectus for his son - the redshank....] 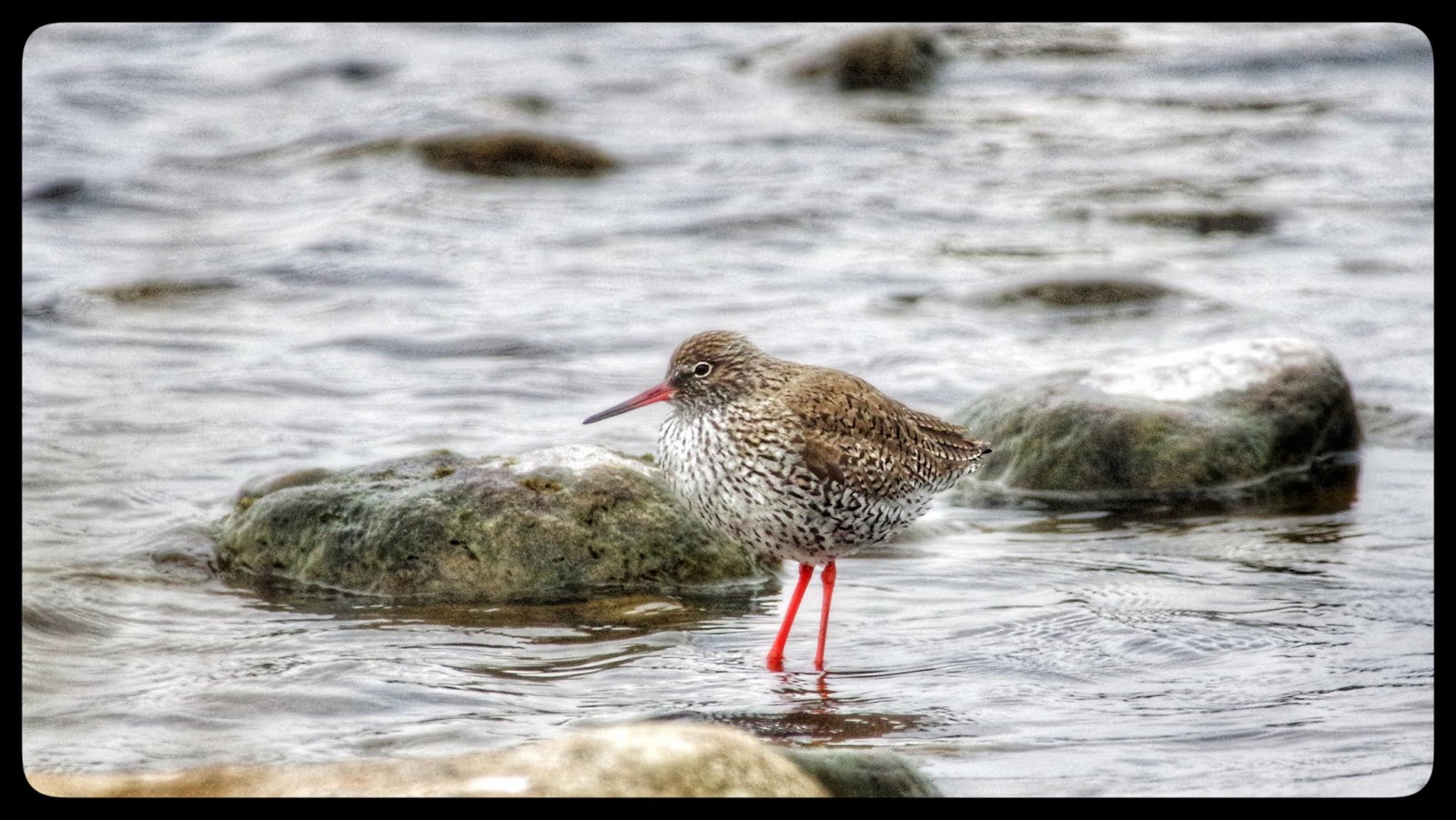 No white-tailed eagles are seen. 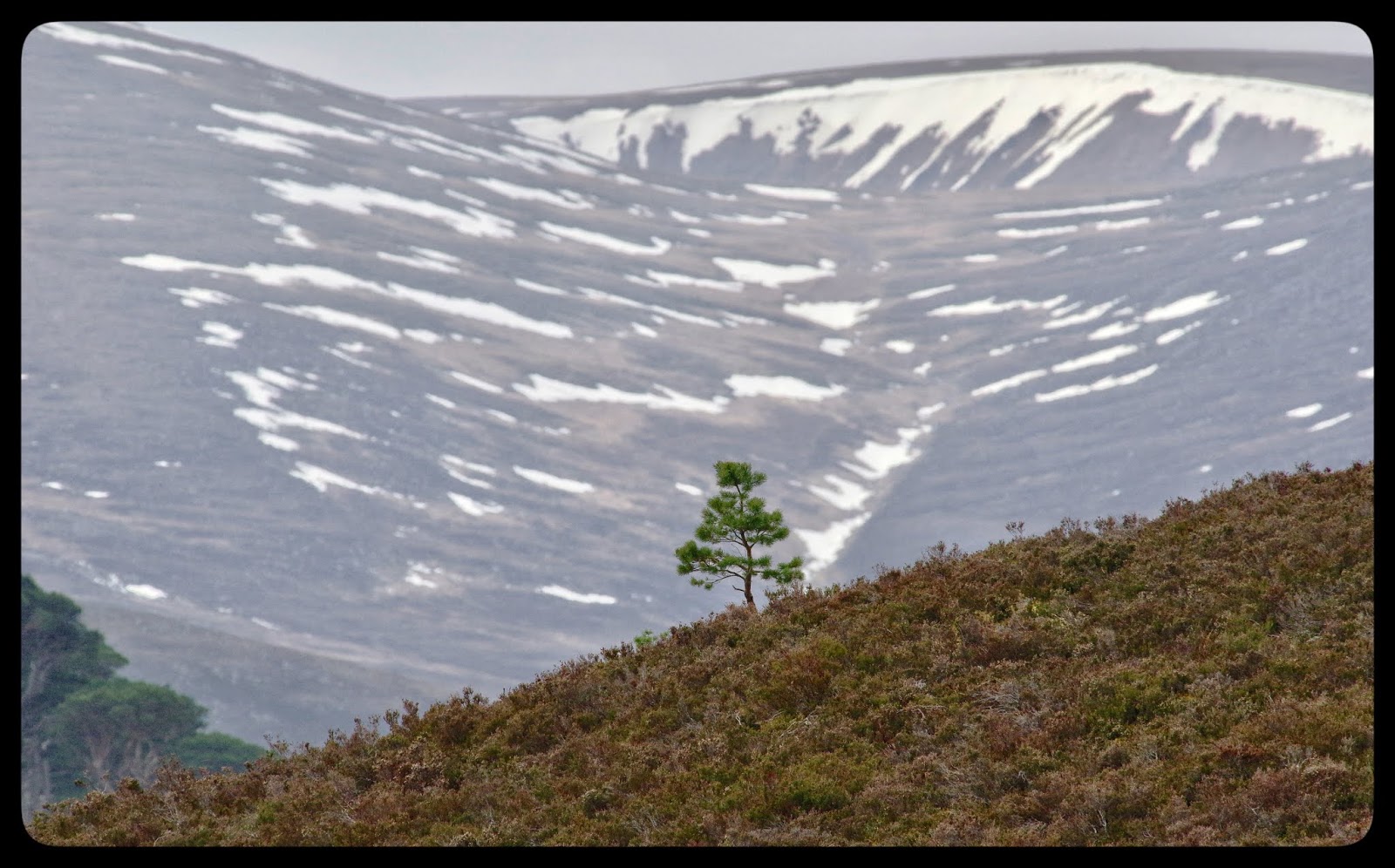 From Ladybank to Pitlochry, where I am allowed haggis and neeps at the Old Mill Inn.  And thence to RSPB Loch Garten, close betwixt the Spey and the Cairngorm, and a forced induction smacking of The Prisoner; various Number Twos acting on uncoordinated orders from the unseen Number One.  My quarters are thin, the hut commander terse, dry philosophy her craic - enough to give a great spotted woodpecker a headache. 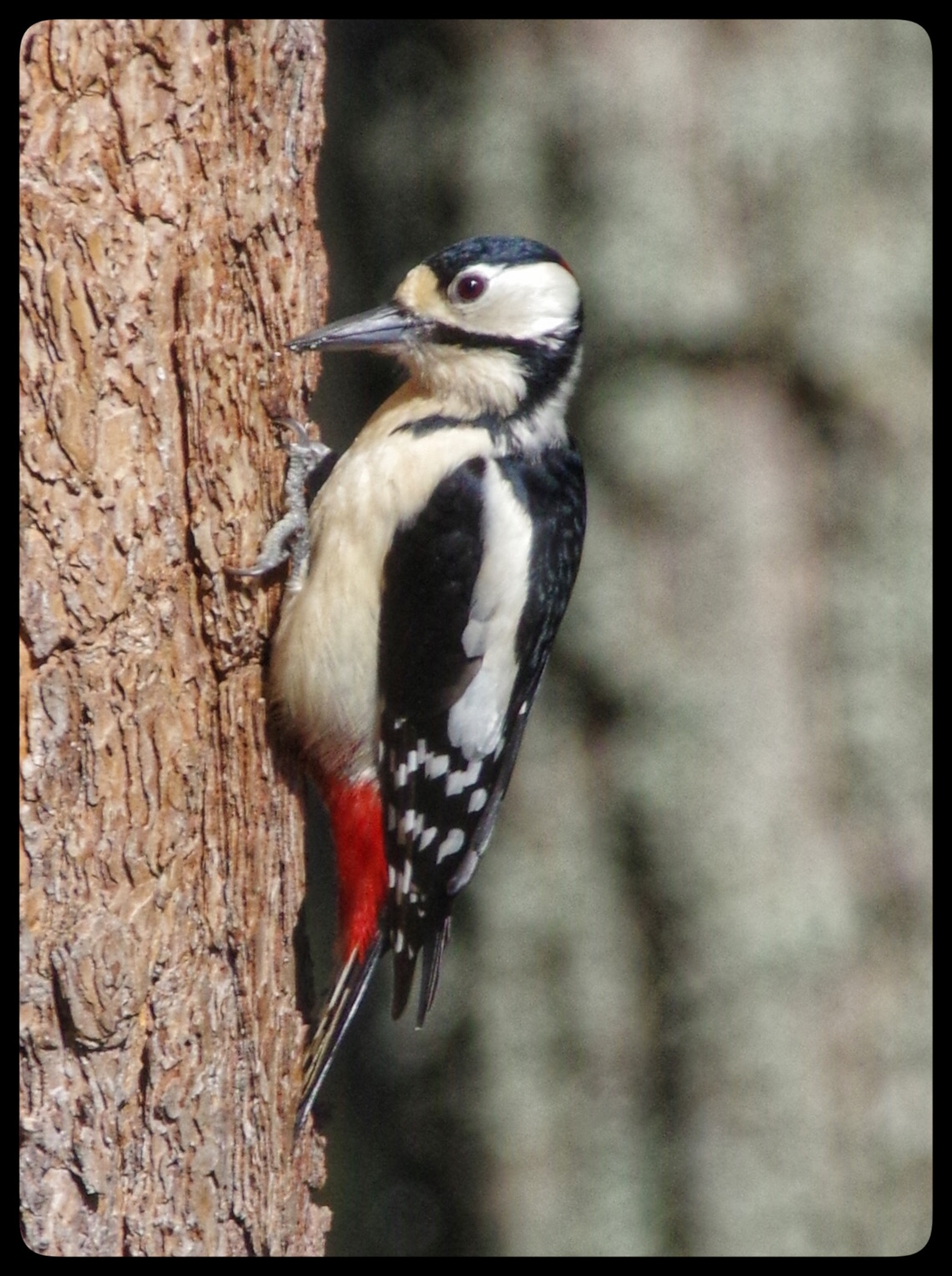 No ospreys are seen. 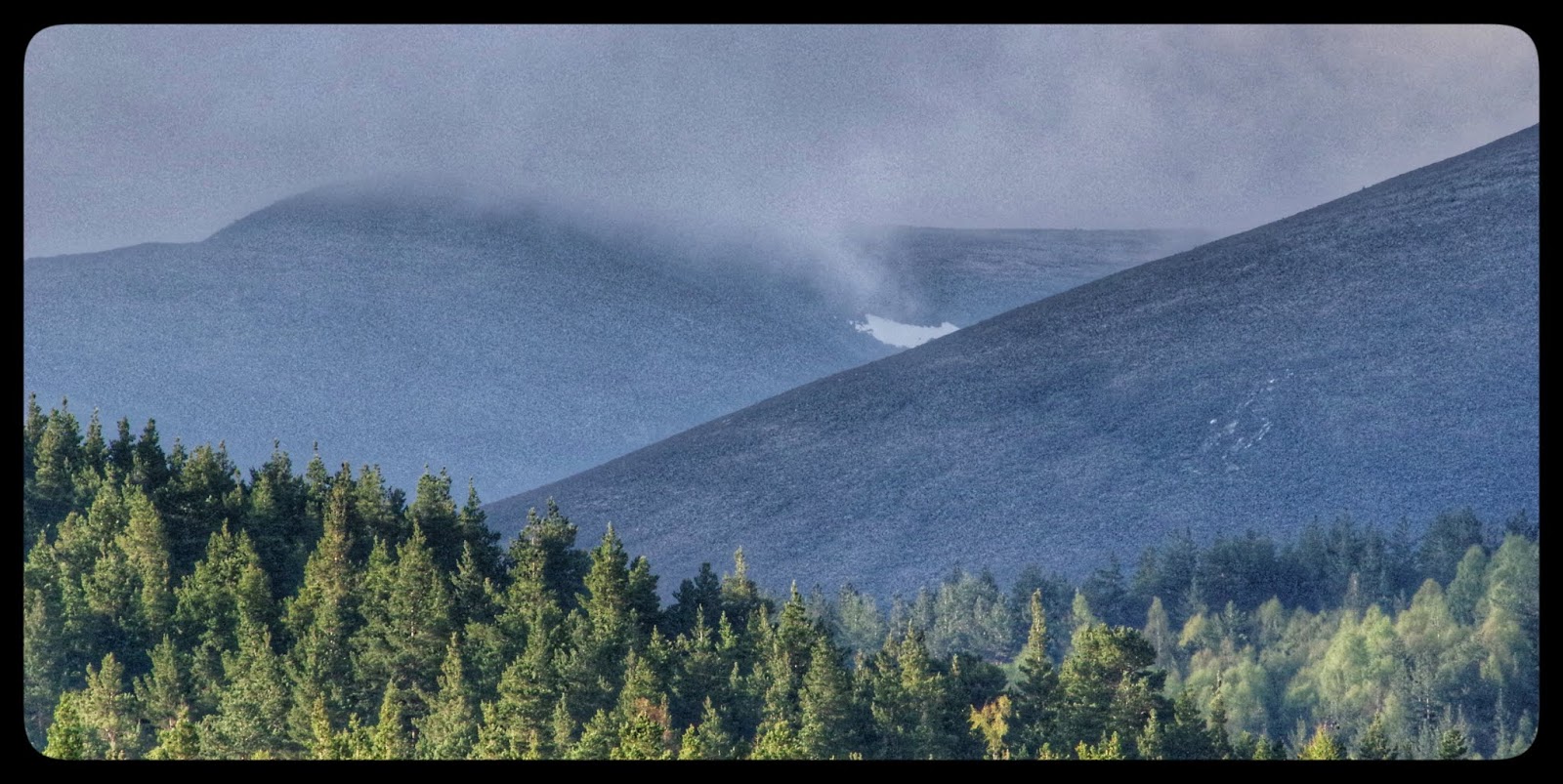 But I walk from Glen More to Nethy Bridge, taking shelter at the Ryvoan Bothy, making my bed of heather bushes which I cut for that purpose… there was a low concealed place, where I was so bold as to make a fire: so that I could warm myself when the clouds set in, and cook hot porridge, and grill the little trout that I caught with my hands under the stones and overhanging banks of the burn…. 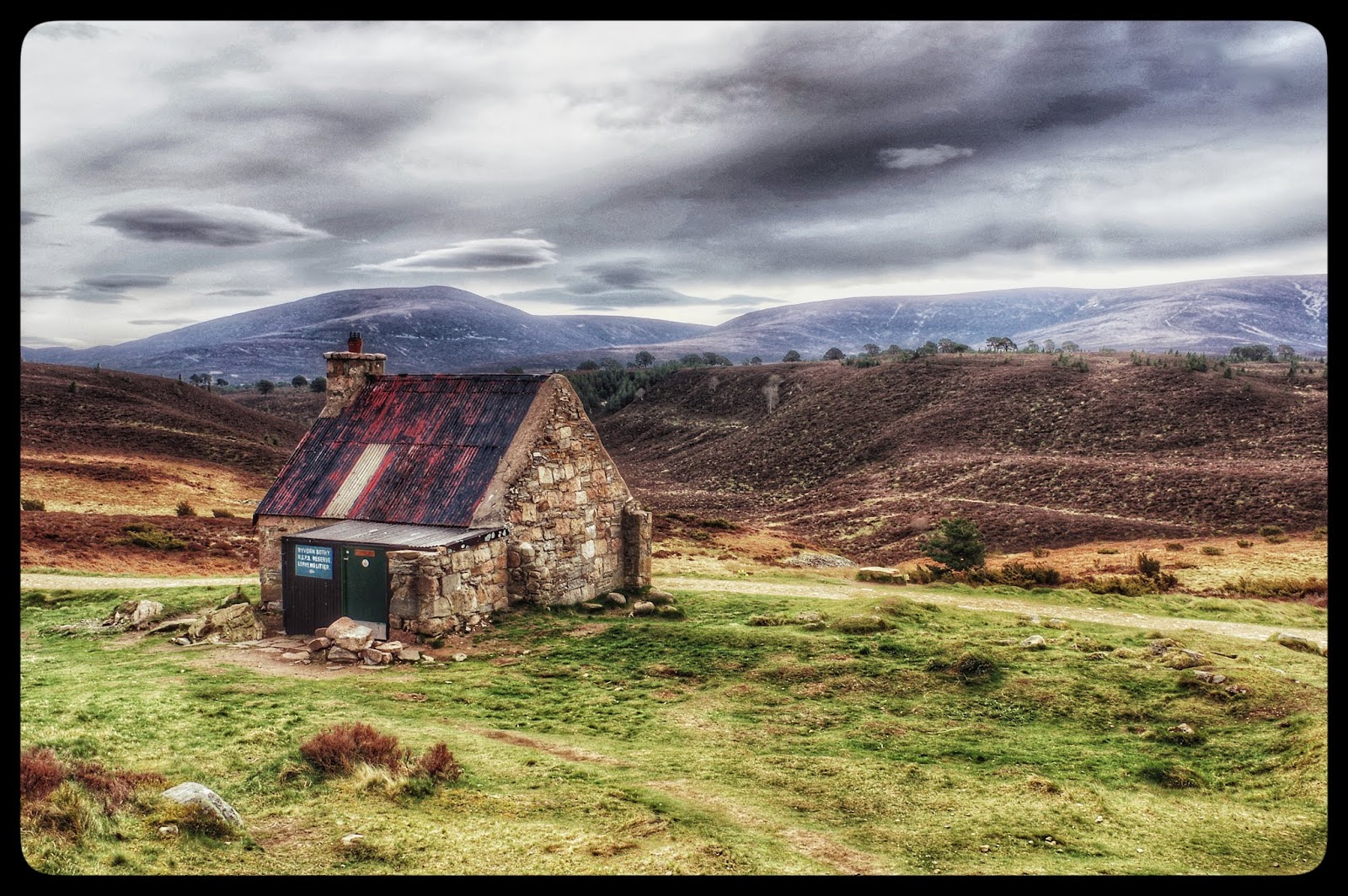 In the dark of Abernethy Forest the chaffinches elude me with their northern accents, but the Willy Wobbler is the same,  a sudden immigrant with his waterfall sing-song. 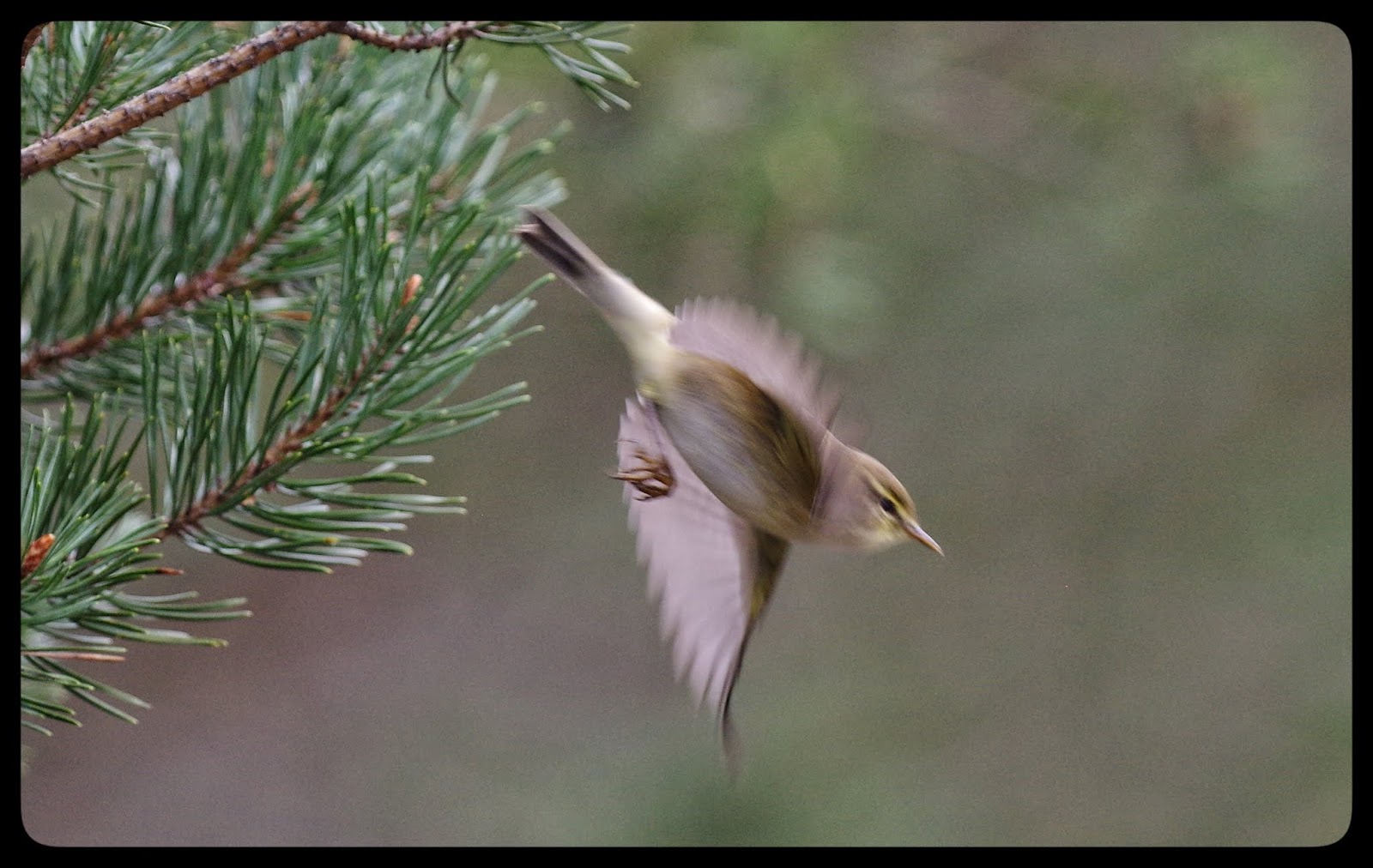 And then the redstart, sparkling at me in the slanting rain..... 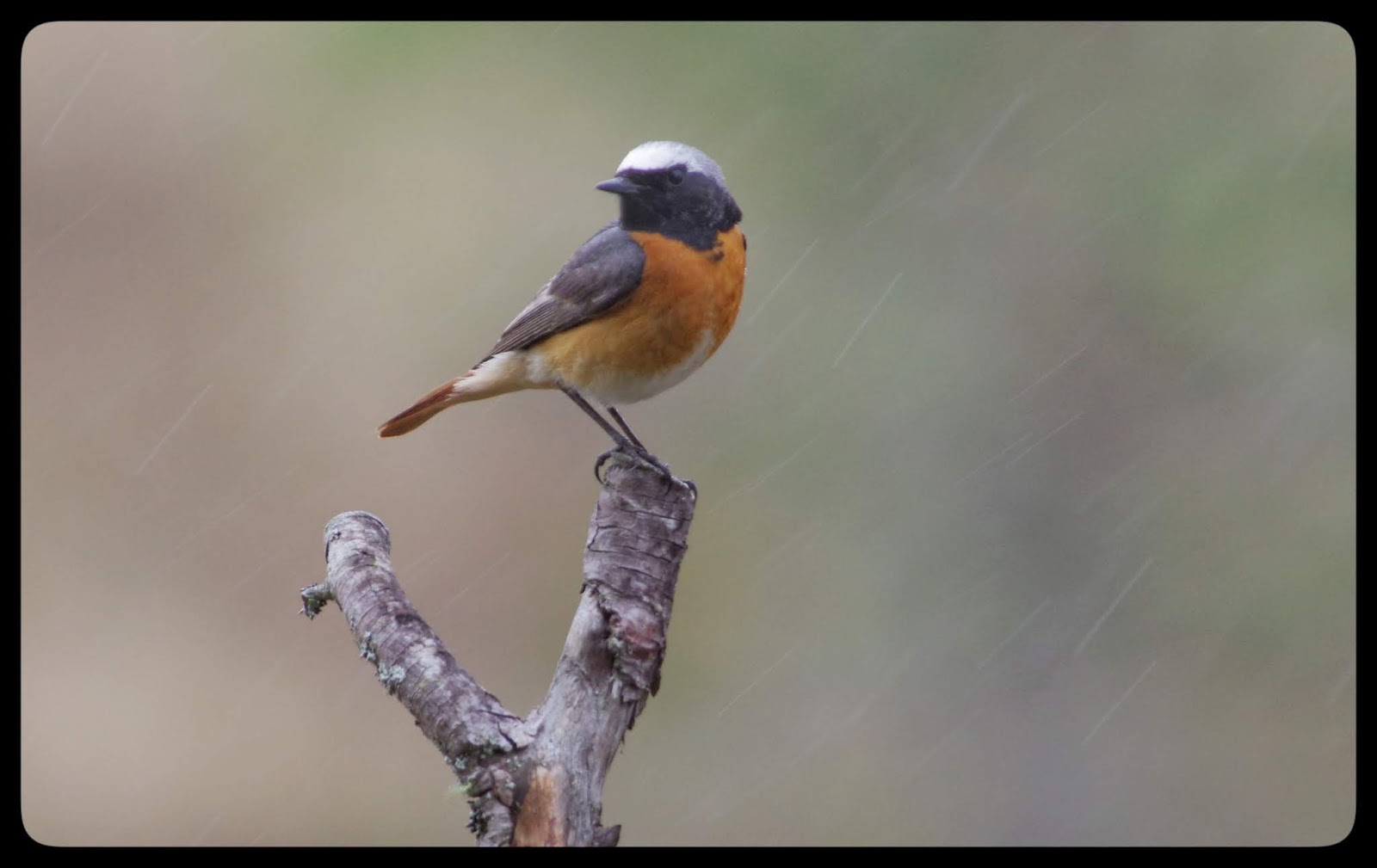 His little love shaking her tail feathers at him in shameless rite of instinct.... 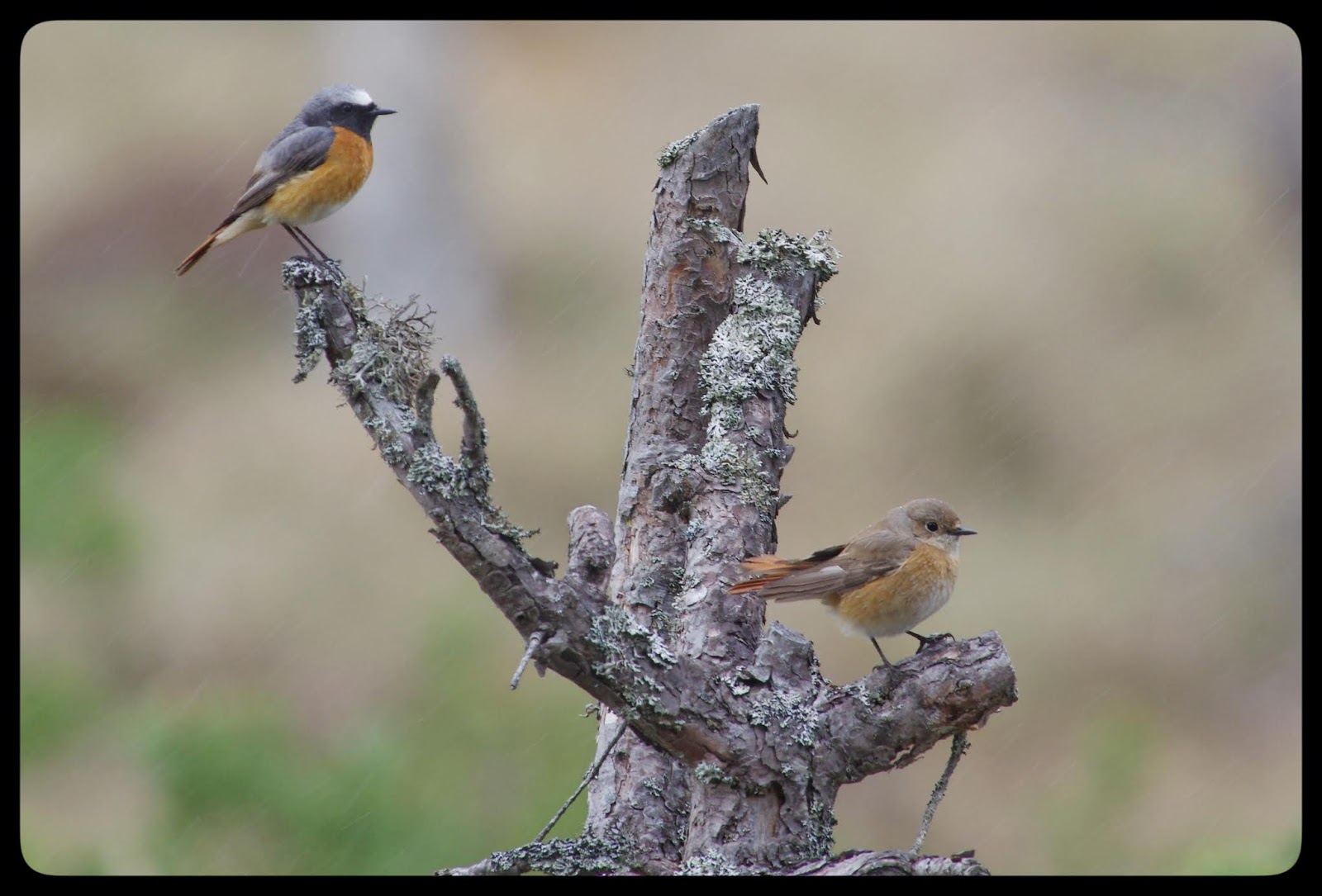 We break away.  The Road to the Isles strides across the glens. Past the commandoes at Spean Bridge, over Telford's Neptune’s Staircase at Banavie on the Caledonian Canal in the Great Glen, lowered over by massive Ben Nevis, then past Kinlocheil to the safe place of Arisaig, from whose silver sands Bonnie Prince Charlie set sail to France in 1746, and where the Scottish SOE had their HQ in WWII.  The foul airs from the Jacobite Steam Train (aka Hogwarts Express) smut Mallaig, where ton bags of organic remains are unloaded to feed the ravenous salmonds….. I am hoisted aboard an open ship, Spaniards and Italians abutting me, pitching across the Sound of Sleat, where no cetaceans breach the surface.  No white tailed neither. 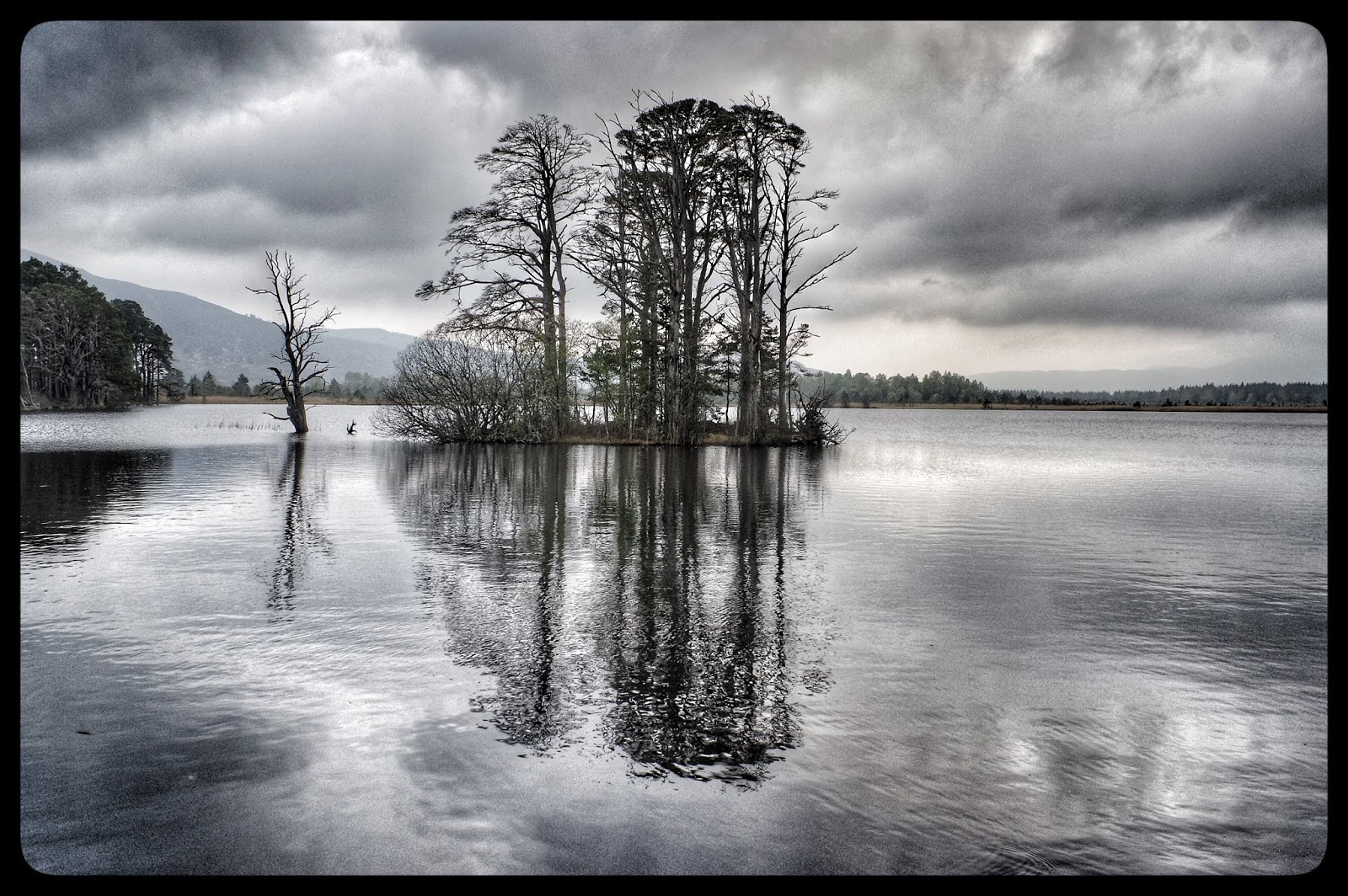 On Skye, to Armadale [Sky. Armidel.  Boswell: Armidel is a neat house, built where the Macdonalds had once a seat, which was burnt in the commotions that followed the Revolution….] Past Sligachan the faeries are busy, their parking filled to the shining brim, the adjacent hard brows of Cuillin furrowed by the passionate tourist. Under Sgurr Alasdair, Glenbrittle Beach disremembers me, from forty or more frozen years past, the black scree of tinned cheese and tubed milk little more than spume on a camper windscreen.

Here I climbed, unsteady and unsure, a twenty-something novice in thrall to life.

Now no ring ouzel.  No ptarmigan.  But oysters, from Ullapool, above the Talisker distillery [Talisker is the place beyond all that I have seen, from which the gay and the jovial seem utterly excluded….  Boswell]; and then hurriedly to the four-car Kylerhea ferry and the graveyard at Glenelg, near where Boswell and Johnson stayed in 1773; (Of the provisions the negative catalogue was very copious.  Here was no meat, no milk, no bread, no eggs, no wine.  We did not express much satisfaction….)

R L Stevenson in my head. The desperate chase through the heather, the frightened fugue of dispossessed and Francophile anxious to avoid the Brexit party, the red-faced, red-coated ferruginous ambassadors of phony imperialism.  We duck and weave to dodge the spilling fighters, the cocksure arrogants, and trek by memorials, personal and touching, pausing at the Bealach Ratagan 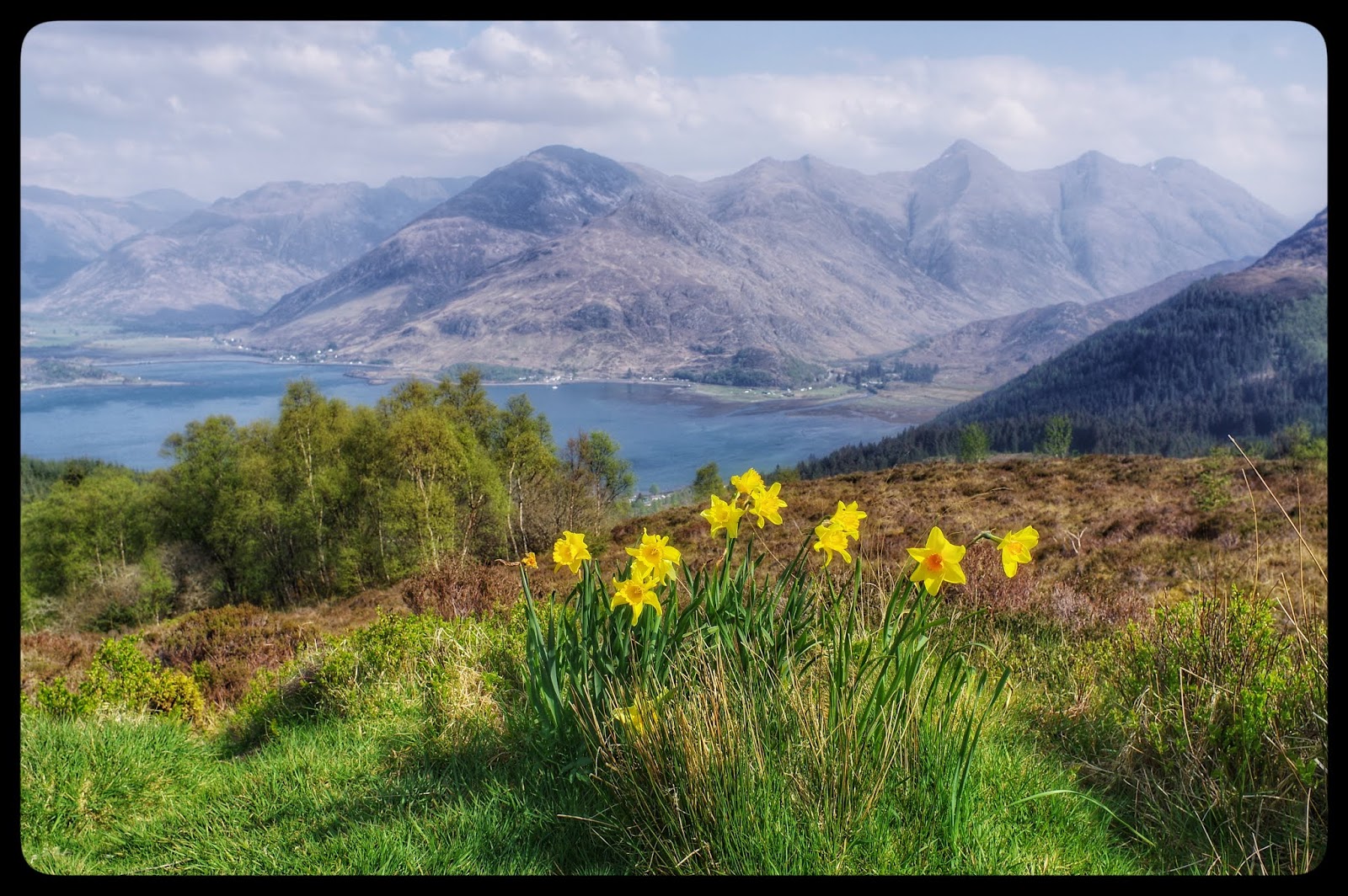 with its view of the Five Sisters of Kintail and then down Glen Shiel and up along Loch Ness.  But for the details of our itinerary, I am all to seek; our way lying now by short cuts, now by great detours; our pace being so hurried..... and the names of such places as I asked and heard being in the Gaelic tongue and the more easily forgotten..... 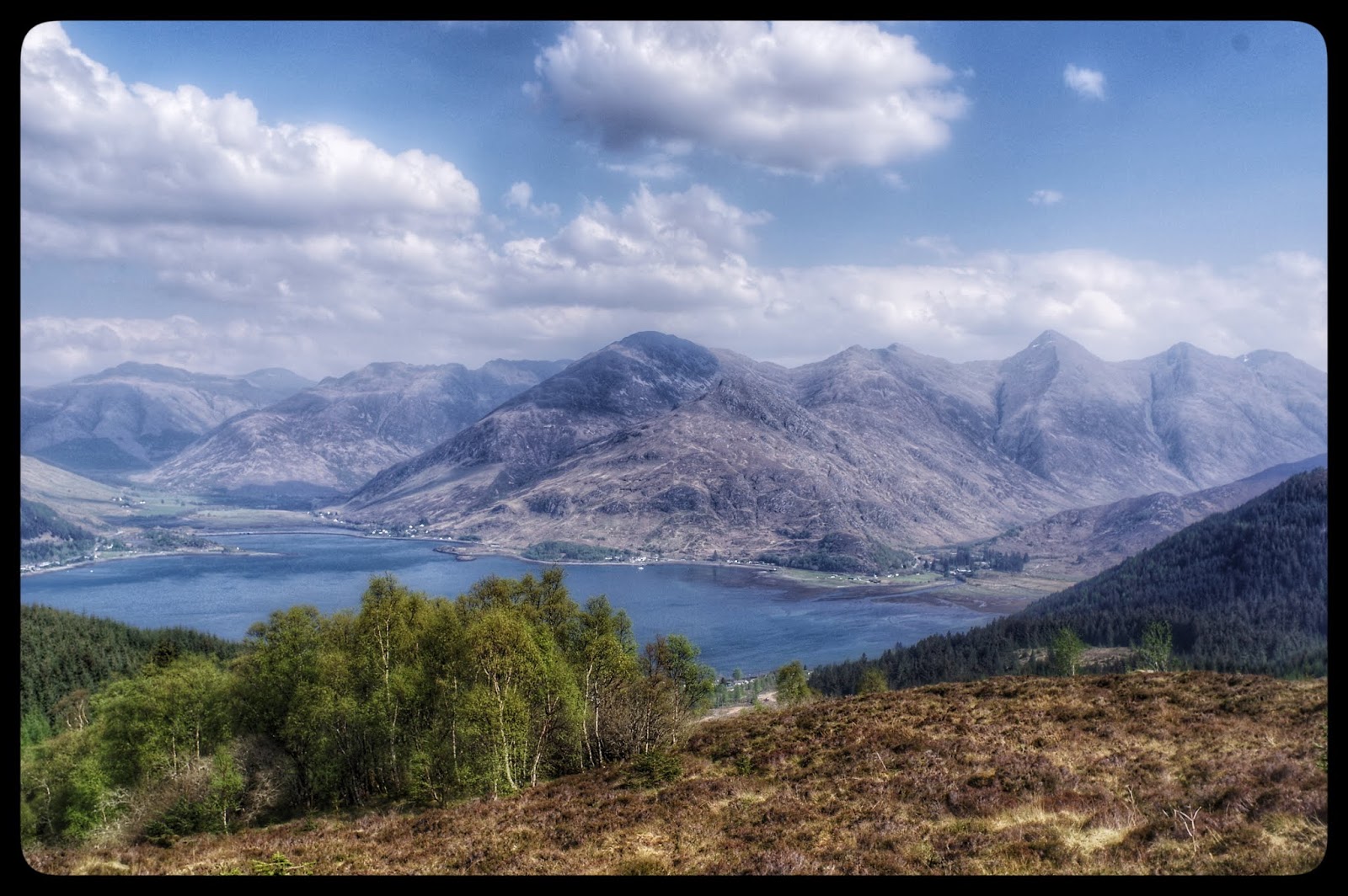 In Abernethy Forest, in the forward hide, the dawn glows briefly over an empty nest.  Stoical EJ, faithful for sixteen years, now aged at twenty-two, does not return.  Age perhaps the enemy; perhaps deathly inclement weather?  The grassy nest, the spread of a double bed, shudders in the wind atop the RSPB tree. For the first time in around sixty years, no raptor sinks onto spangled eggs within this view. 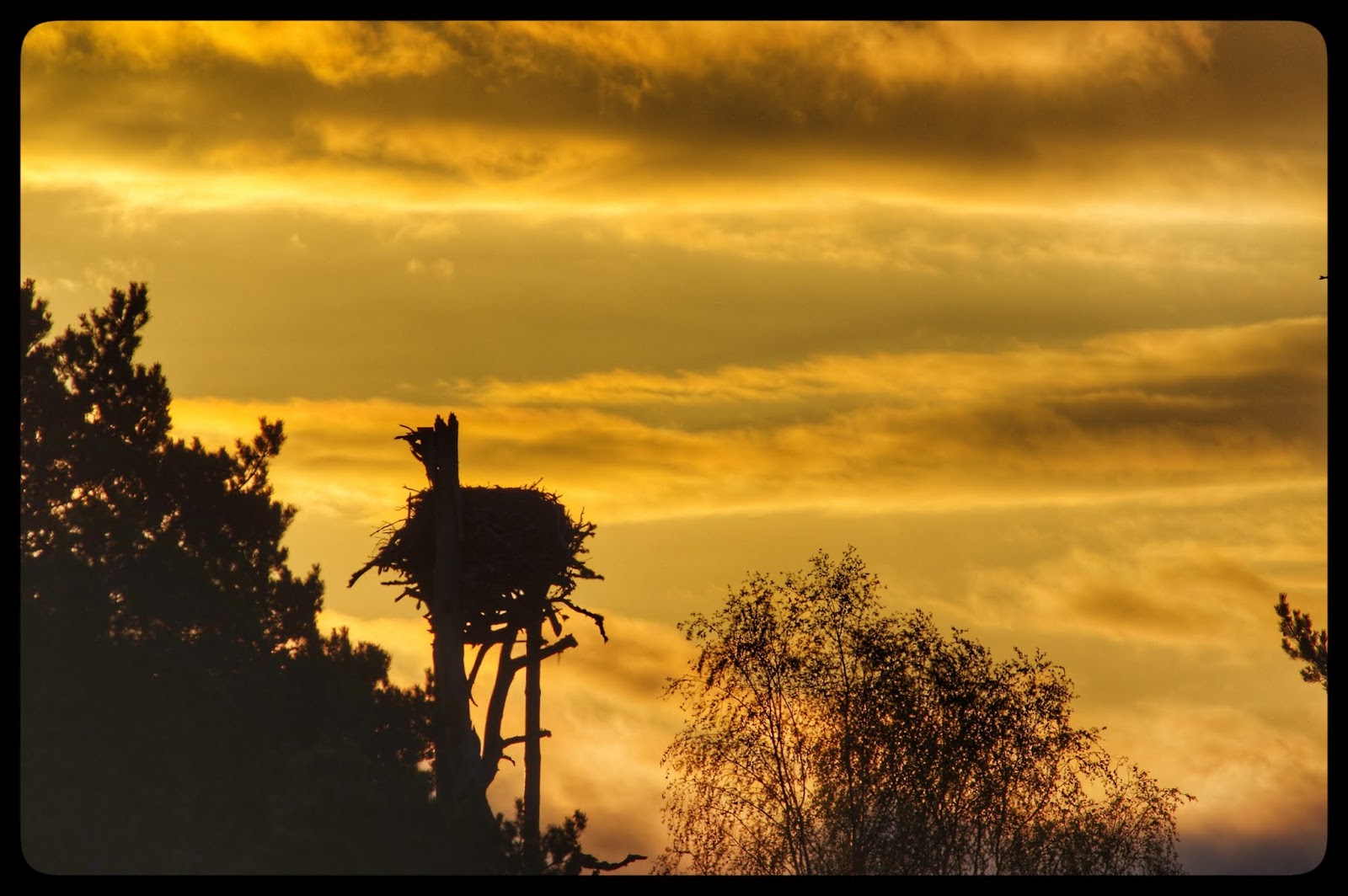 I wake from slumber, the silent dawn punctuated by the electronic burr of a passing capercaillie, his brazen baritone a blare across the otherwise deserted mist.  No EJ.  No Odin. How strange the kidnapped quiet of highland Scotland.  Painfully beautiful in the absence of a much beloved foreigner. 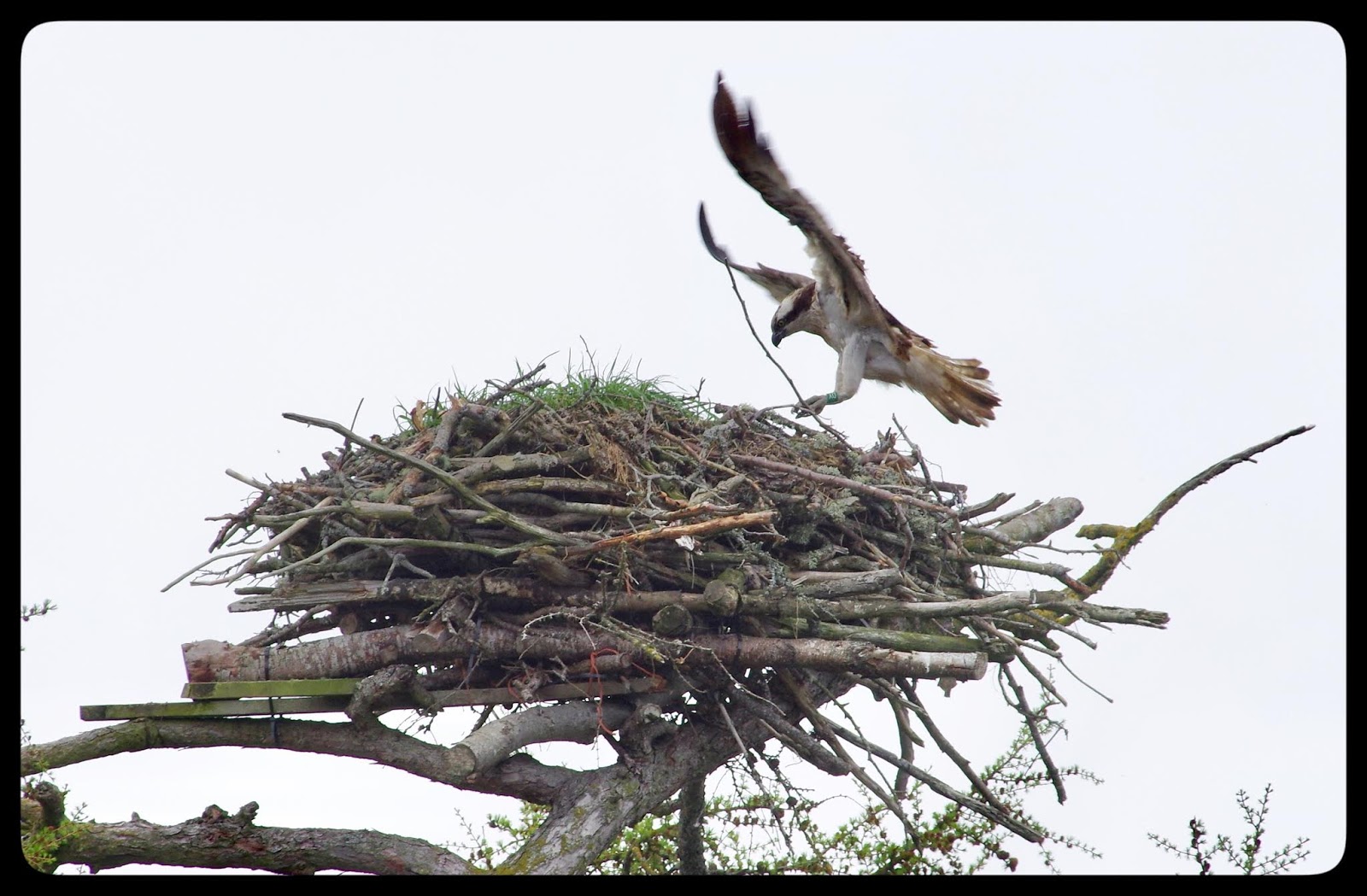 I climb the stair in the darkness, naively reaching for the door to heaven, and then, flashlit by lightning, I stop, disillusioned by my misstep.  Then I hear a voice, brushed by a cough:  There are two things that men should never weary of, goodness and humility; we get none too much of them in this rough world among cold, proud people. 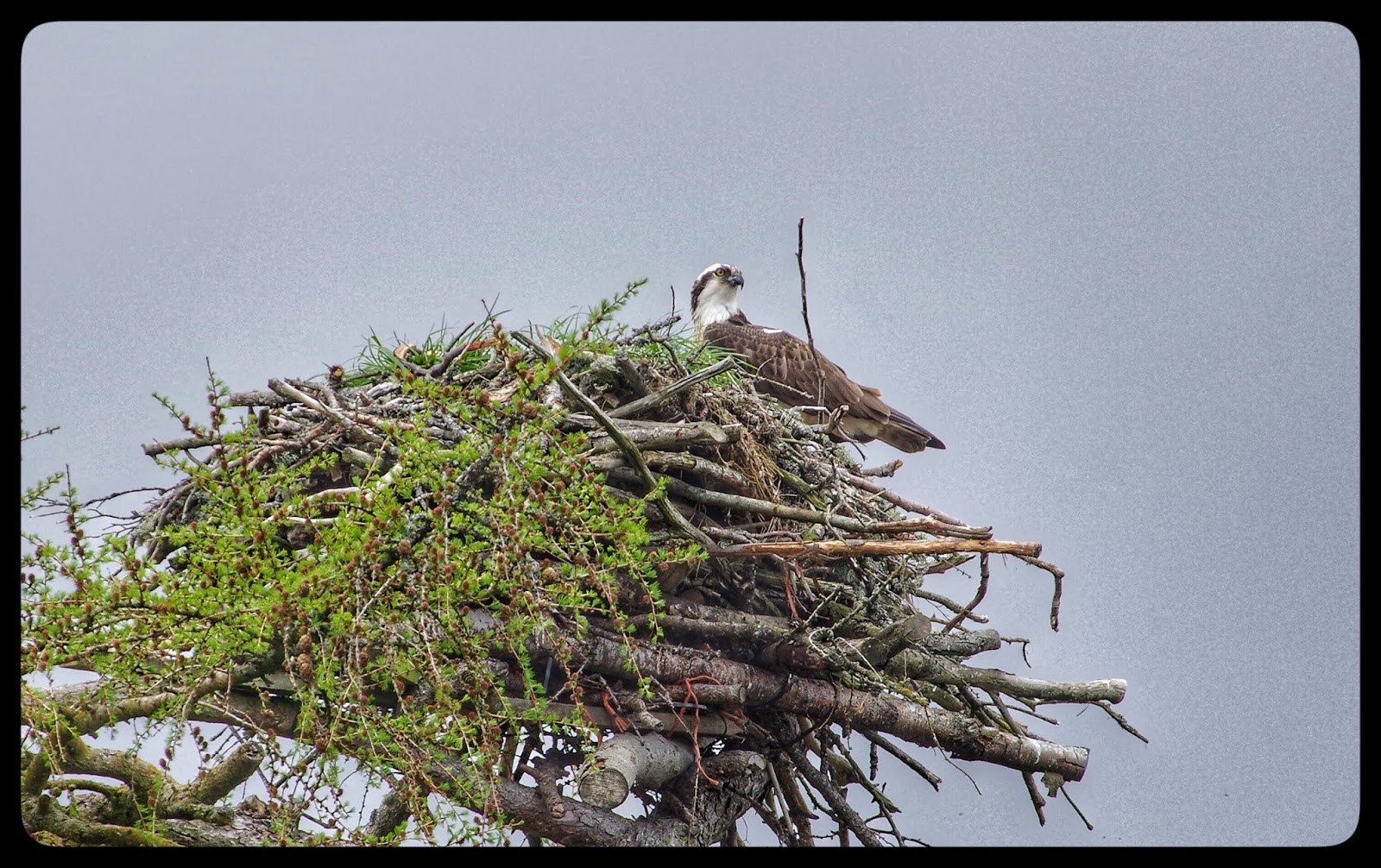 And I think, in all innocence, how good and humble was that wonderful bird who returned here year after year, to attempt to raise fifty chicks through snow and wind, aggression and hunger, who flew some 120,000 miles in accord with primitive instinct, daring to mate and lay and incubate and feed and nurture and protect in full view of our curious eyes….. 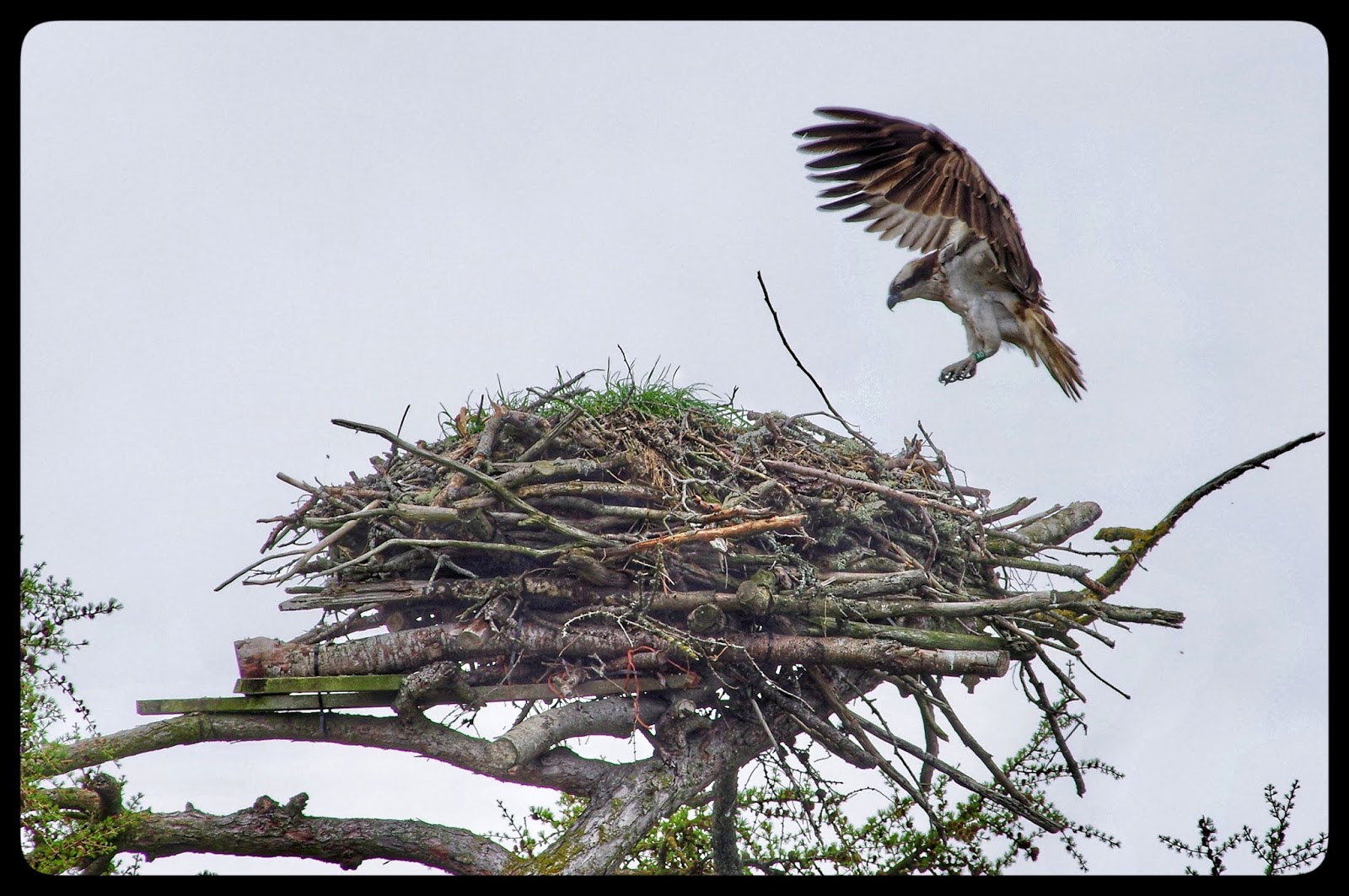 In Edinburgh I dine with Professor Sir James Duncan Dunbar Nasmith, 92 years of age, native of Dartmouth, pupil of Winchester College and Cambridge, conservation architect, resident of Findhorn.  His full and worthy life is more than a book, and his eloquence and composure put me to shame.  But, and I do hope he won’t mind me writing this, I cannot help but feel that EJ, our beloved missing osprey, is at least as remarkable a being as any good and humble man…… 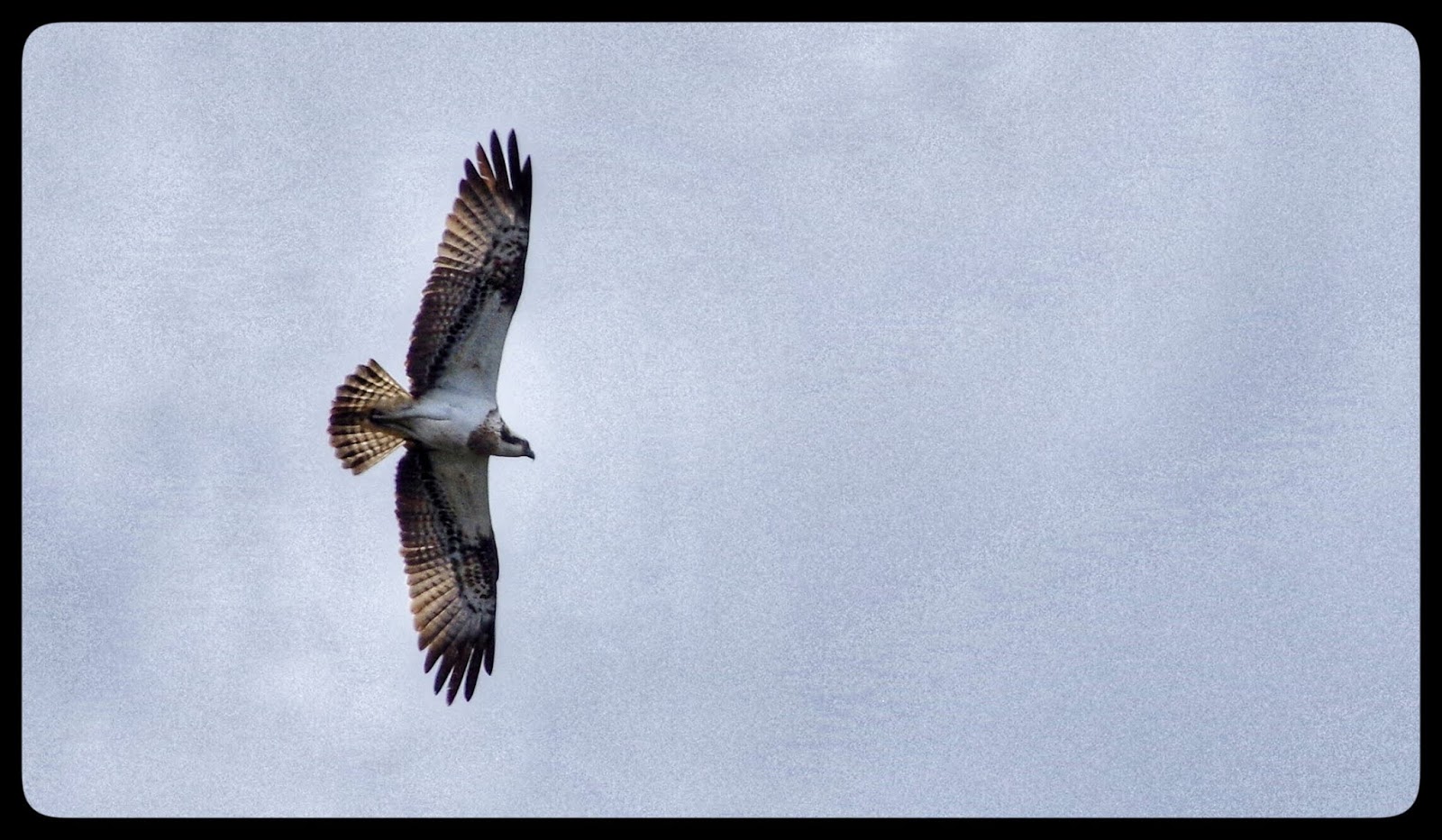 With many thanks to Lindsay and Pauline, who made all this possible.

Also, thanks to R L Stevenson (Kidnapped) and James Boswell (Johnson's Journey to the Western Islands of Scotland)

[Editor's note: All pictures by the author, but some do not necessarily correlate exactly with the places mentioned in the text]