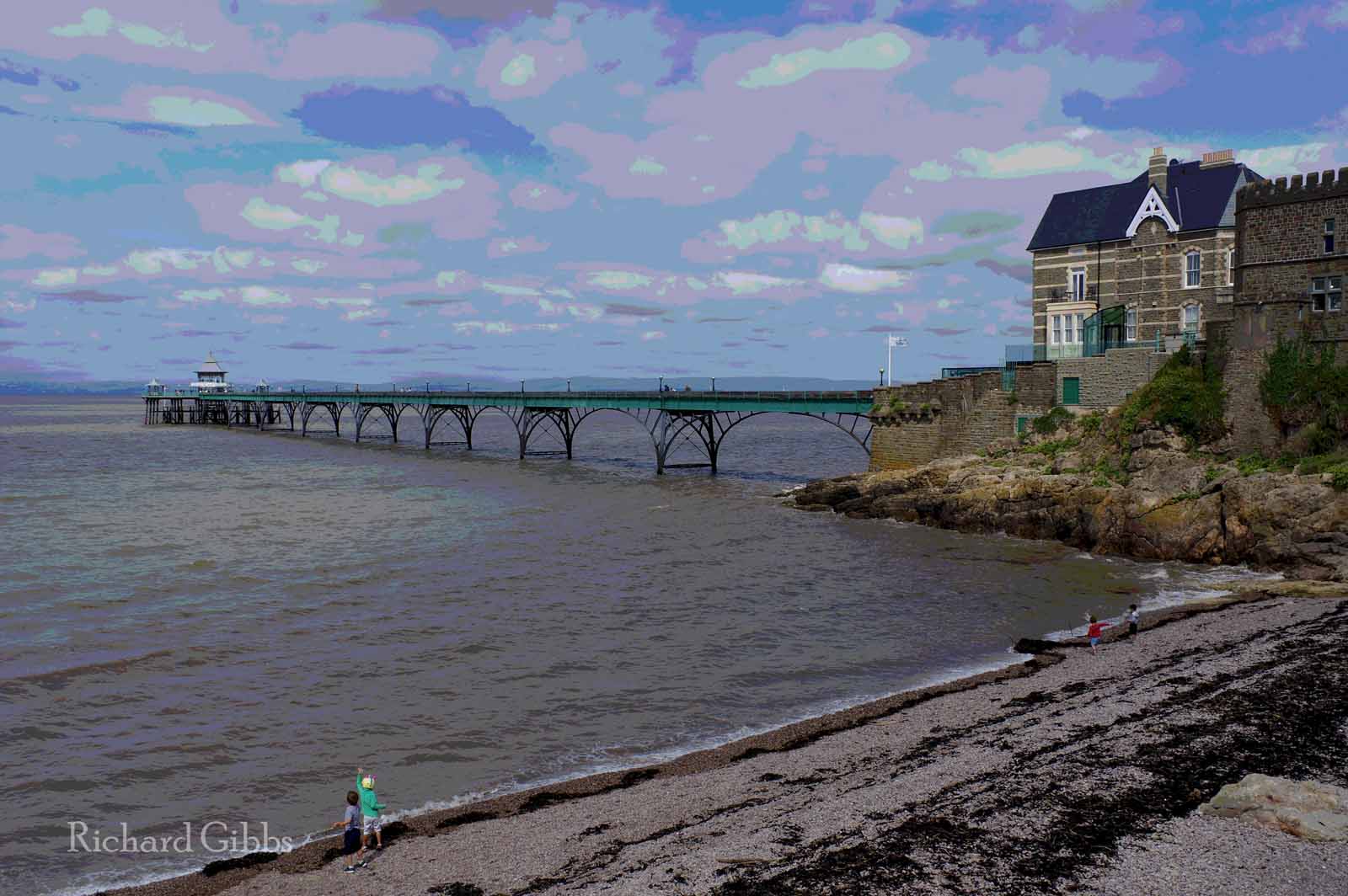 at bus'ness up in town, you've got to settle down.
You save up all the money you can til summer comes around
Then away you go to a place you know, where the cockle shells are found.


I do like to stroll along the Prom, Prom, Prom!
Where the brass bands play, "Tiddely-om-pom-pom!" 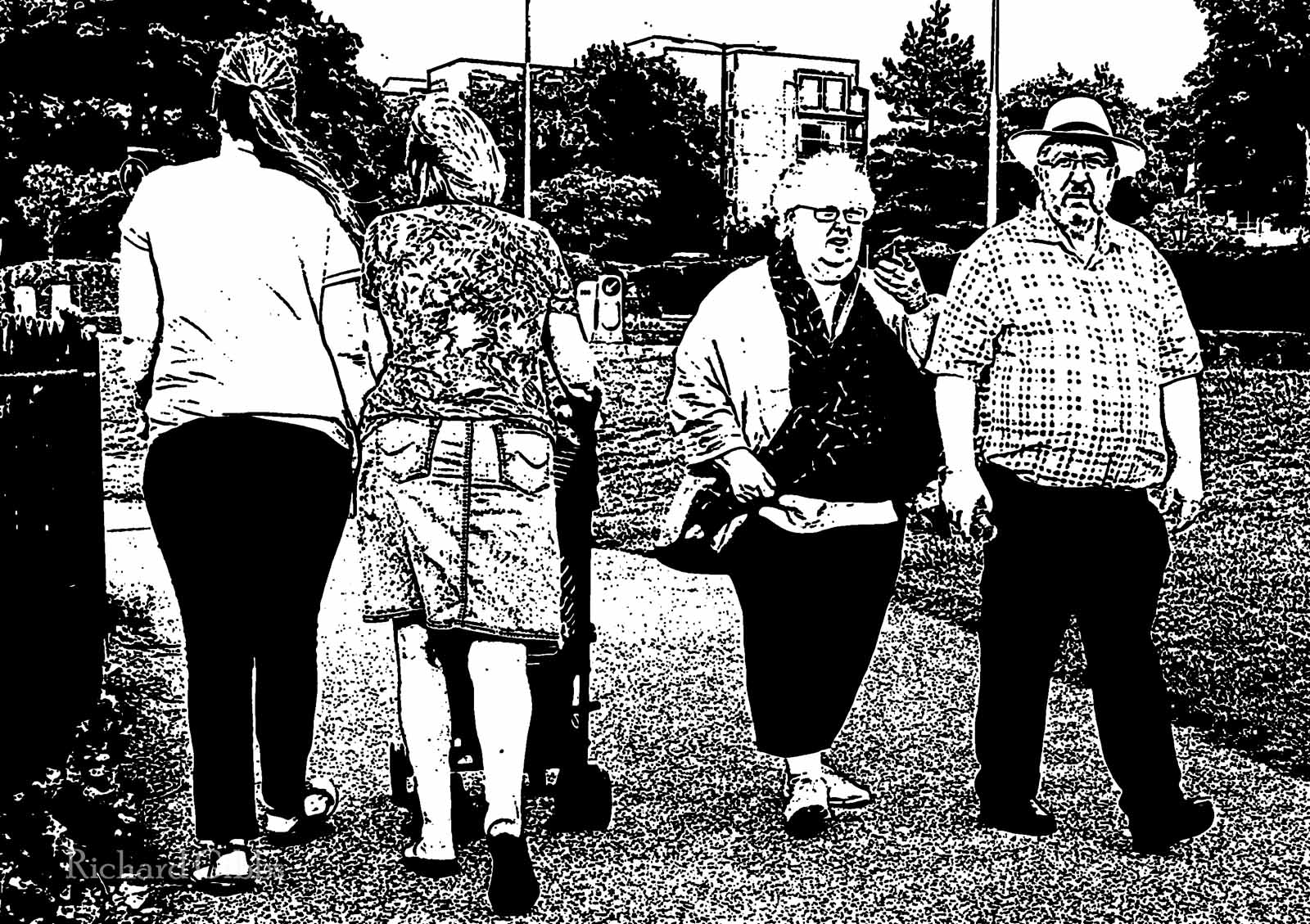 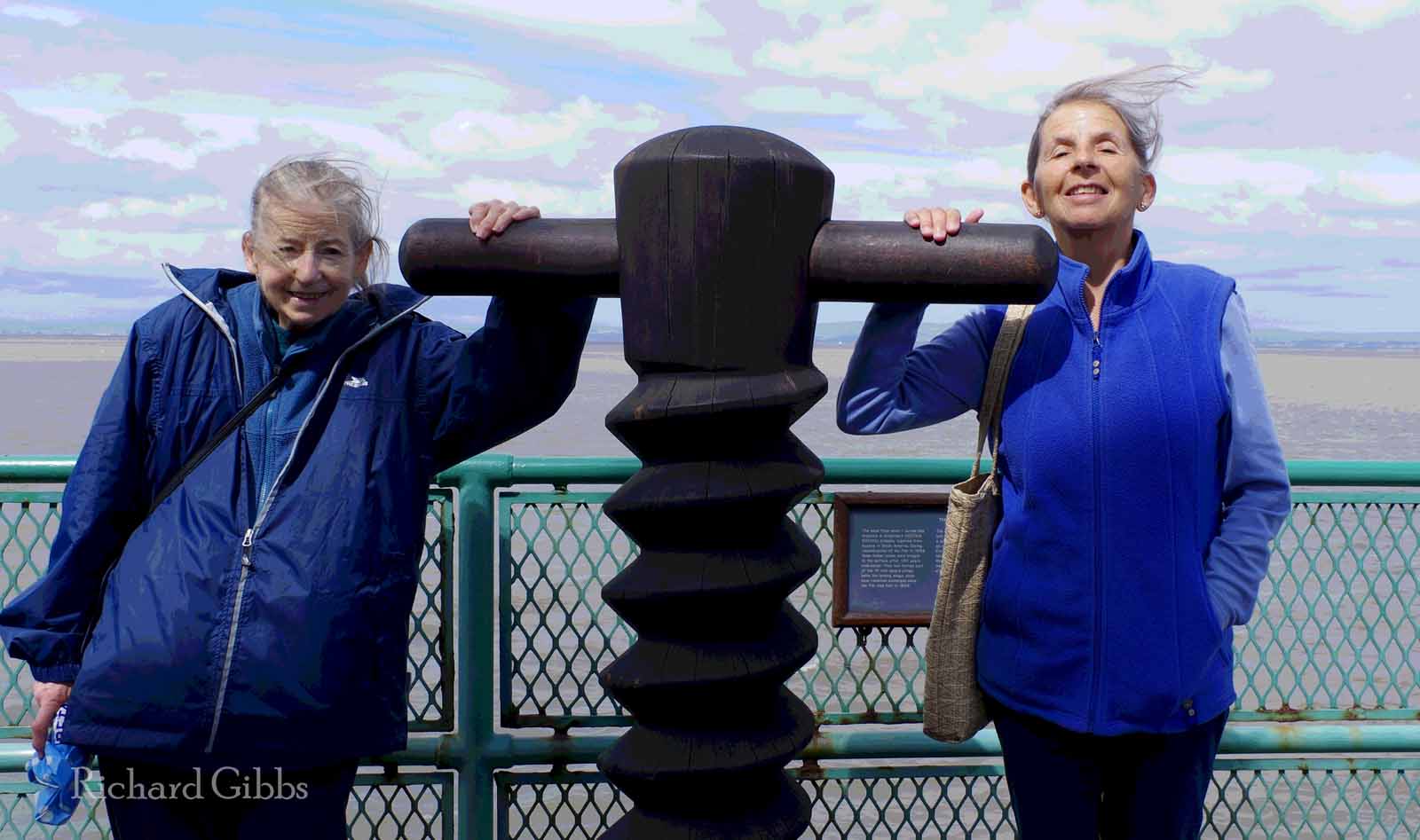 Technically, Clevedon, with its wonderful Grade 1 listed Victorian Pier (the only one of its kind - opened in 1869 to receive paddle steamer passengers from Devon and Wales) isn't actually on the sea, as the muddy tidal waters that rise up and down the shore here belong to the Severn Estuary, which starts at the second Severn Bridge and becomes the Bristol Channel between Sand Point, near Weston-super-Mare, and Lavernock Point, south of Cardiff.

But Clevedon is a pretty spot, even if the beach doesn't compare particularly favourably with St Tropez, et al.... 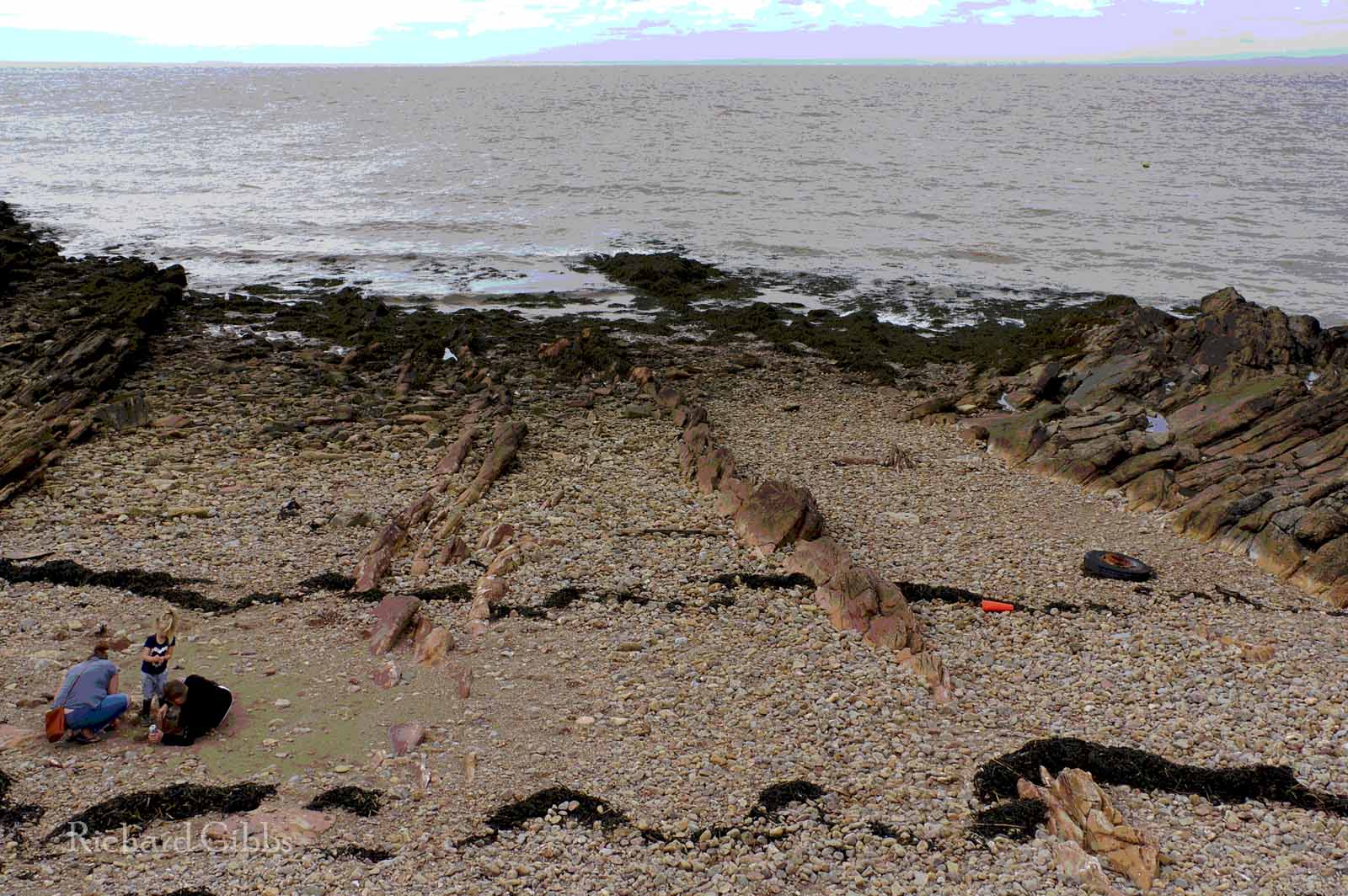 And when the song was written, by John A Glover-Kind in 1907, places such as this were thronged with holiday-makers seeking a blast of ozone and a whiff of the sun.  No cheap flights to Majorca in those days, just a bicycle  or charabanc ride down from Pill or Bedminster, or a train ride up from Weston, then maybe a dip in the marine lake and a dose of fish and chips. Perhaps dad would cast a line off the pier..... 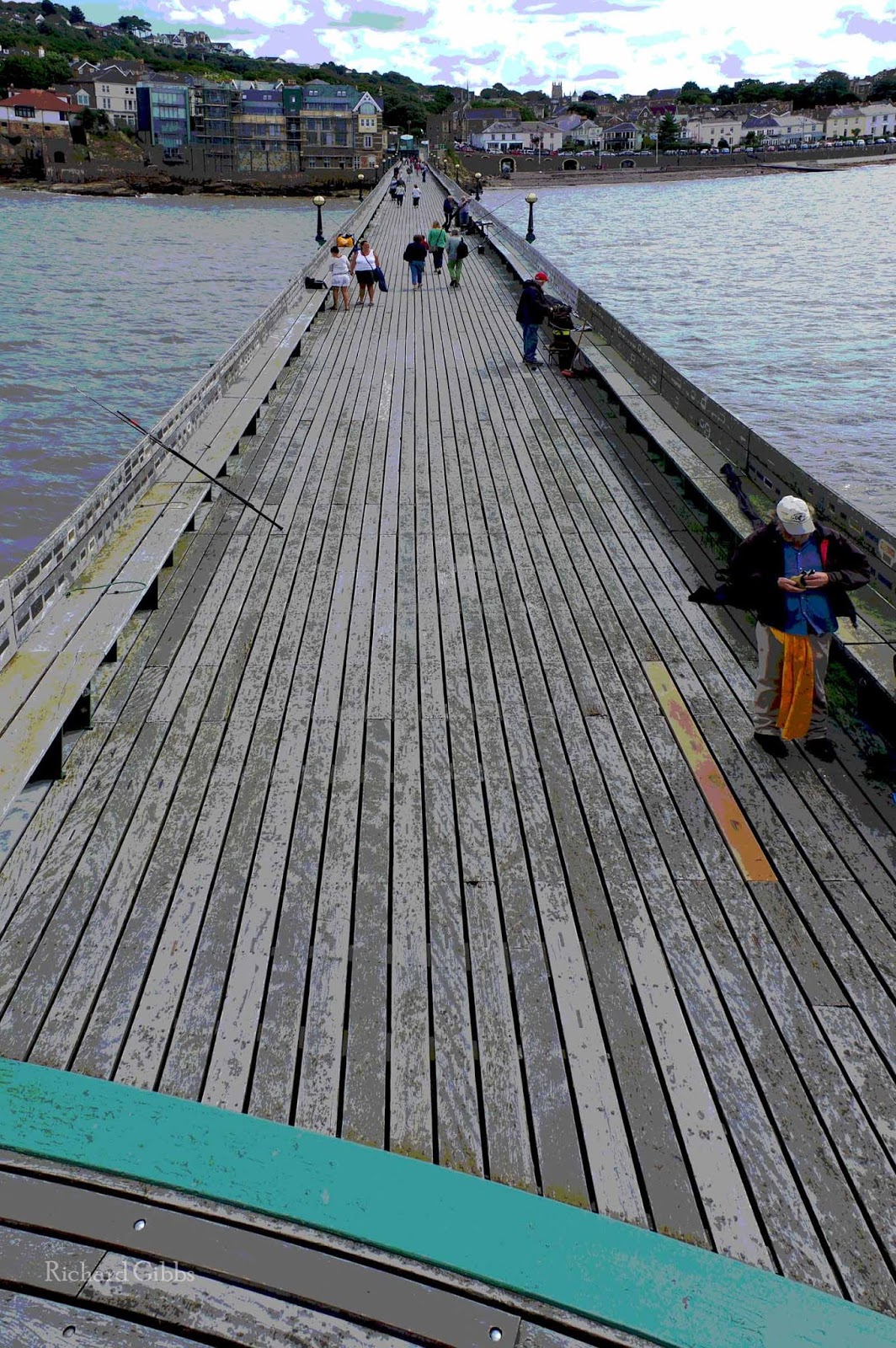 While grandad got ice cream on his nose..... 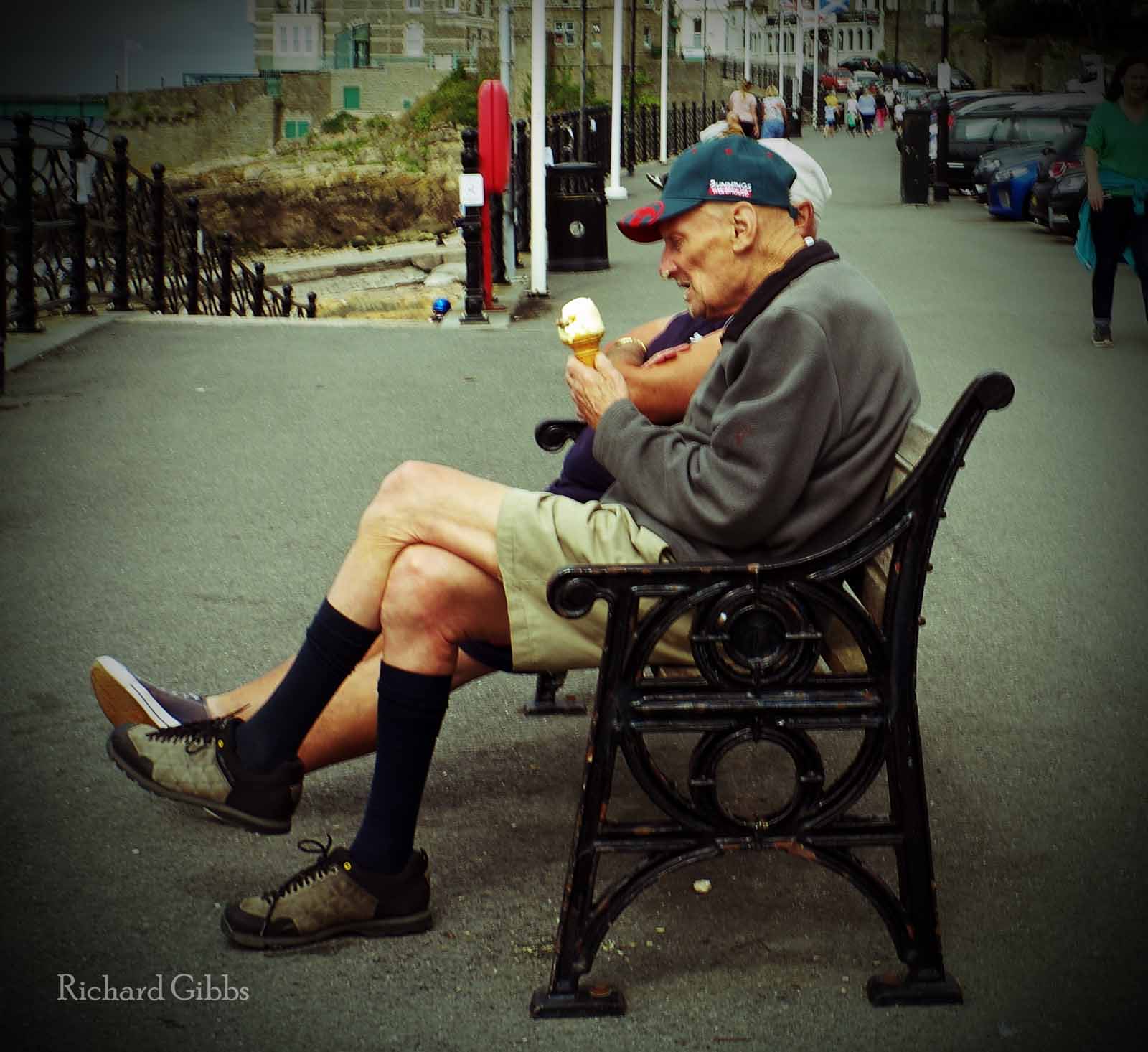 Sixty years ago, my mother-in-law would drive the Morris Minor down from Henleaze and picnic with her two daughters on the rocks.  It was a treat much enjoyed and fondly remembered by my sister-in-law.

Nowadays there's a slightly more cosmopolitan air about the place, but there's room for everyone, whatever the headgear....

The pier is fine attraction - not crammed with tacky stalls or fairground rides, but it has a nice little bar in the pagoda, and a neat shop and exhibition at the entrance. 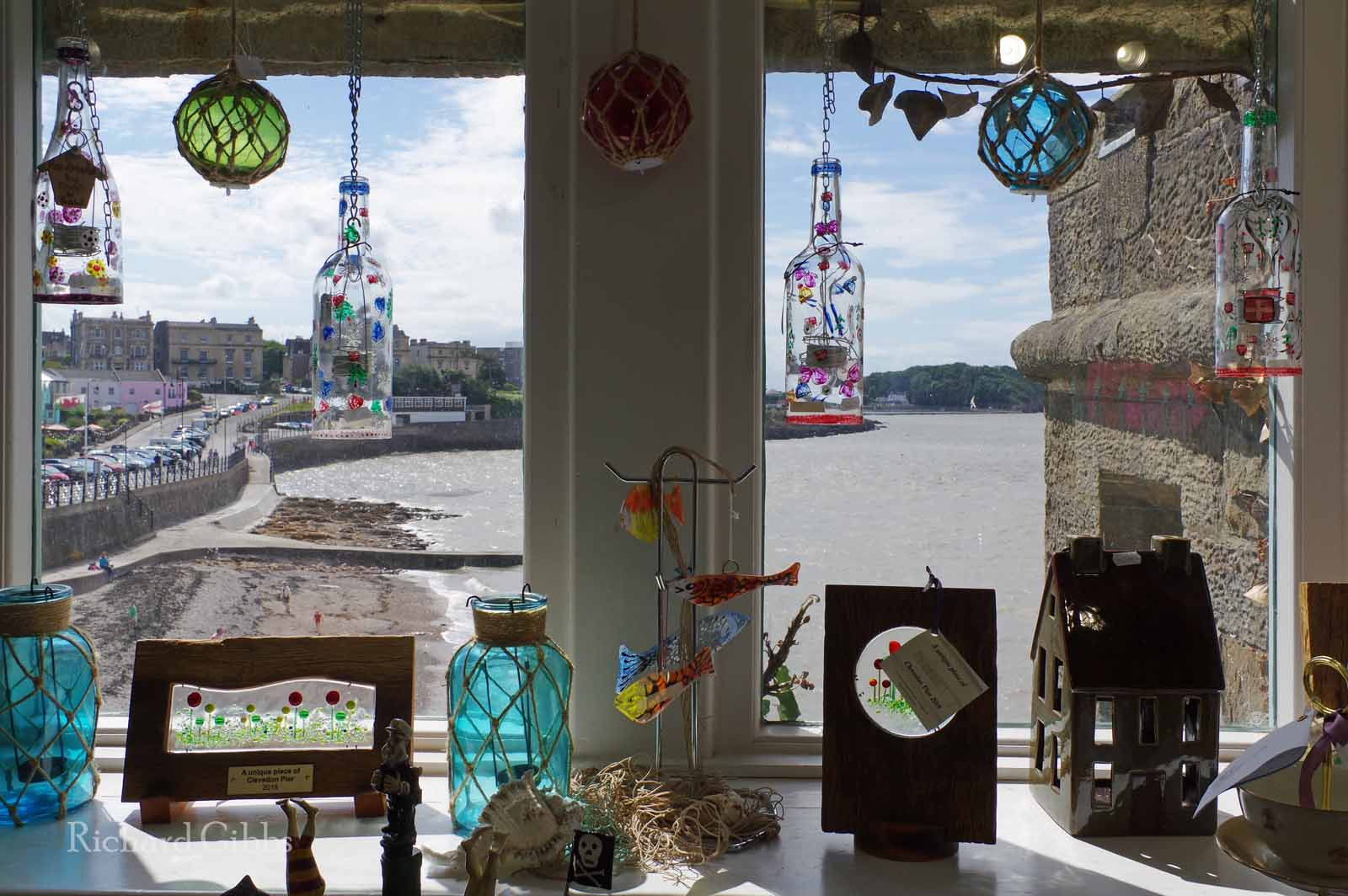 A little up the coast towards the Avon is Portishead, famous for trip-hop, Adge Cutler and Carol Vordeman.  It has (almost) everything - a 250 berth marina, the X3a, X4 and X5 bus services, a boating lake, complete with swan pedalos.... 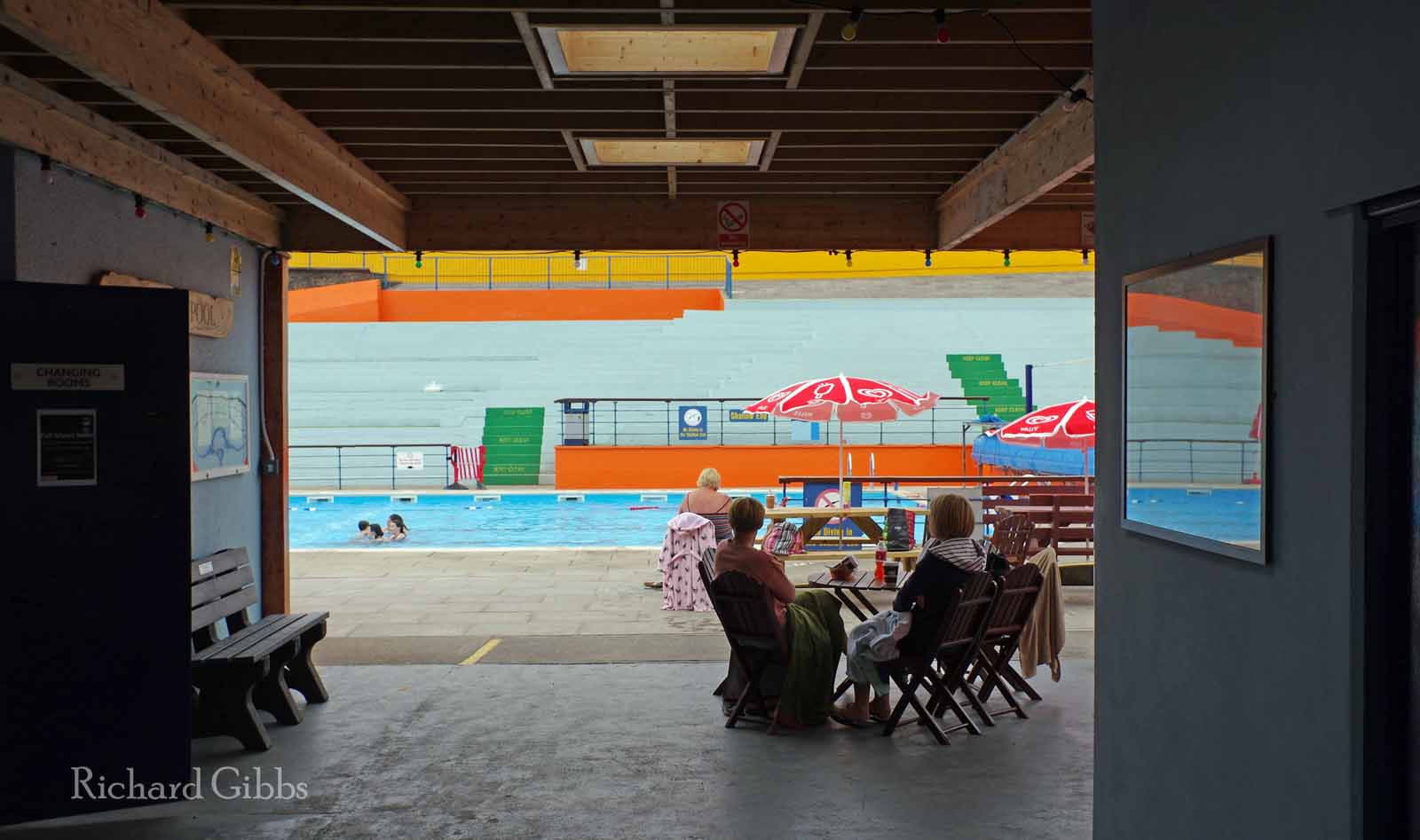 Which sports a Banksy-style warning about not trying to get in for free.... 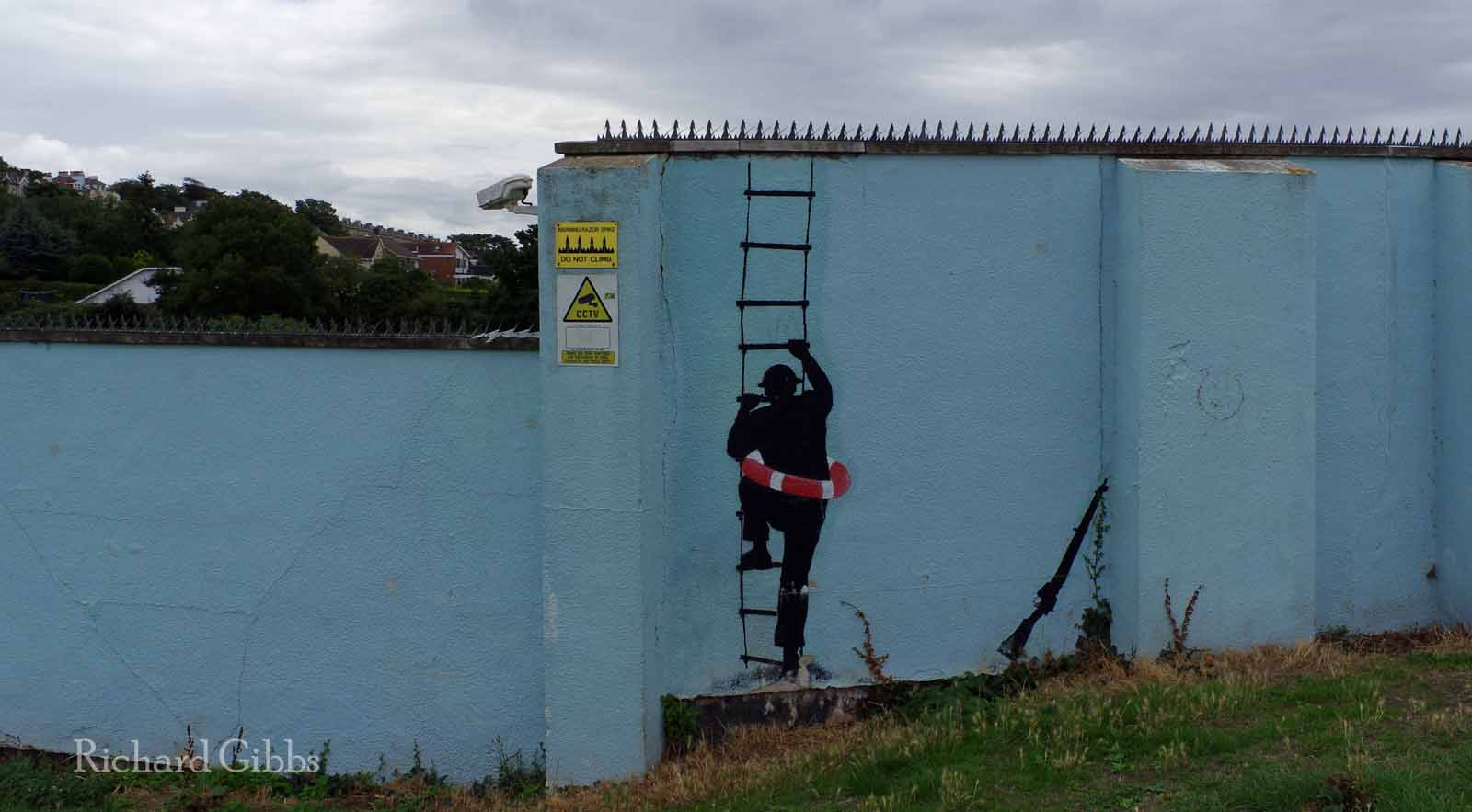 And has a popular cafe attached with 'sea' views all the way to the Black Mountains in Wales.....

Oh how we are going to have to learn to treasure all these wonders in the dark post-Brexit world! 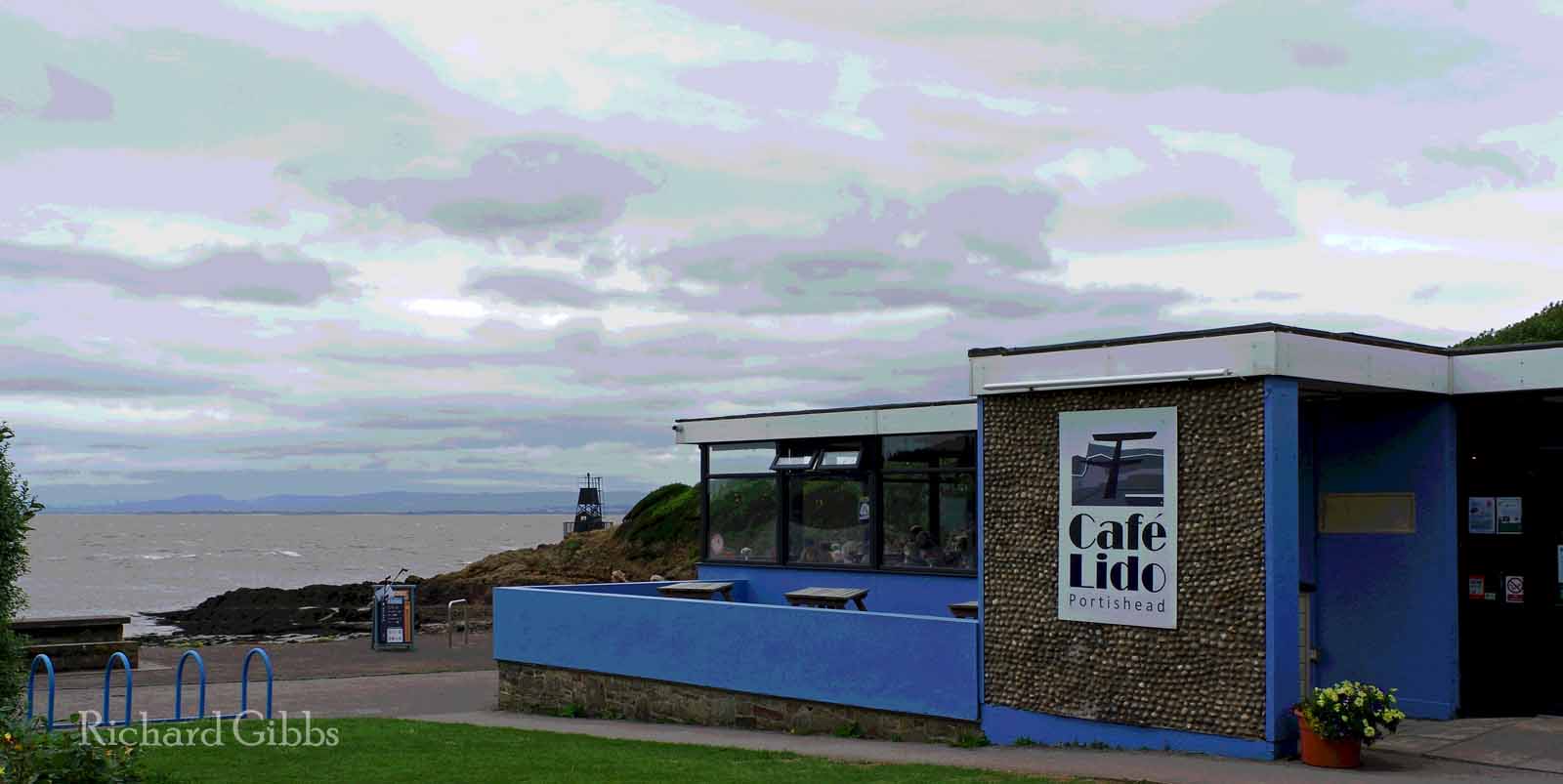 The town is a dormitory now for Bristol, and it lacks the fine features of Clevedon, though views of the passing traffic to and from Avonmouth and Royal Portbury docks entertain happy holidaymakers.....

And it does have several benches on Battery Point, near the memorial to seafarers of the West Country who, since the middle ages, on voyages of discovery and in times of peace and war, have passed this point some never to return..... where fresh air can be had for free.... 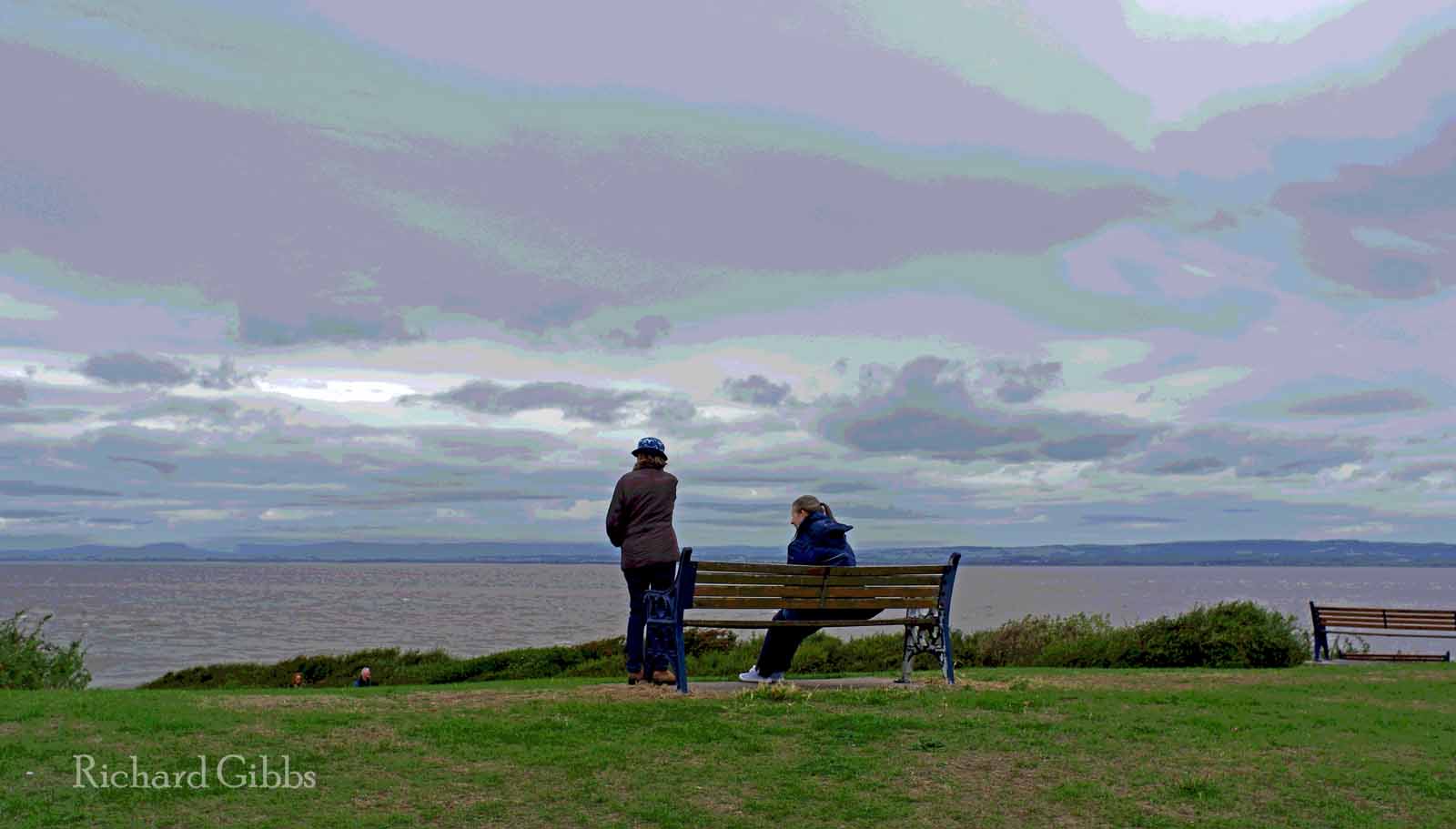