Antwerp is the second largest city in Belgium, and with over half a million people it is the largest city in Flanders, the Flemish speaking part of Belgium.  It is situated on the River Scheldt, not far from the North Sea, and it is one of the busiest ports in the world. 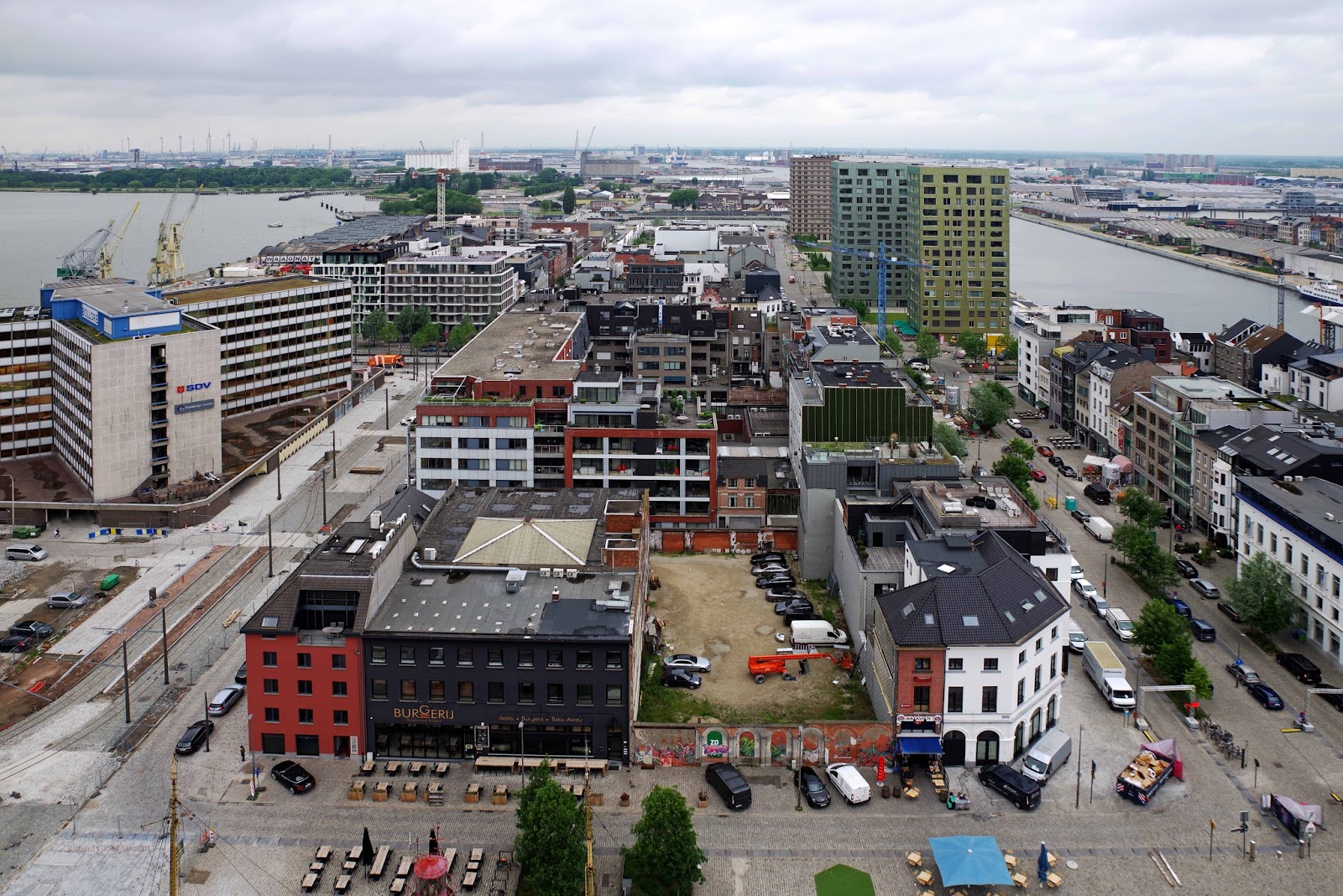 At the heart of the city is the Grote Markt, towered over by the Onze-Lieve-Vrouwecathedraal, the largest gothic church in the Low Countries.  There is a lively fountain in the not-so-square as well, which is topped by an effigy of young Silvius Brabo, saviour of the city.  He killed the giant Antigoon, whose penchant was for terrorising boatmen by demanding tolls, and chopping off hands when payment was not made. 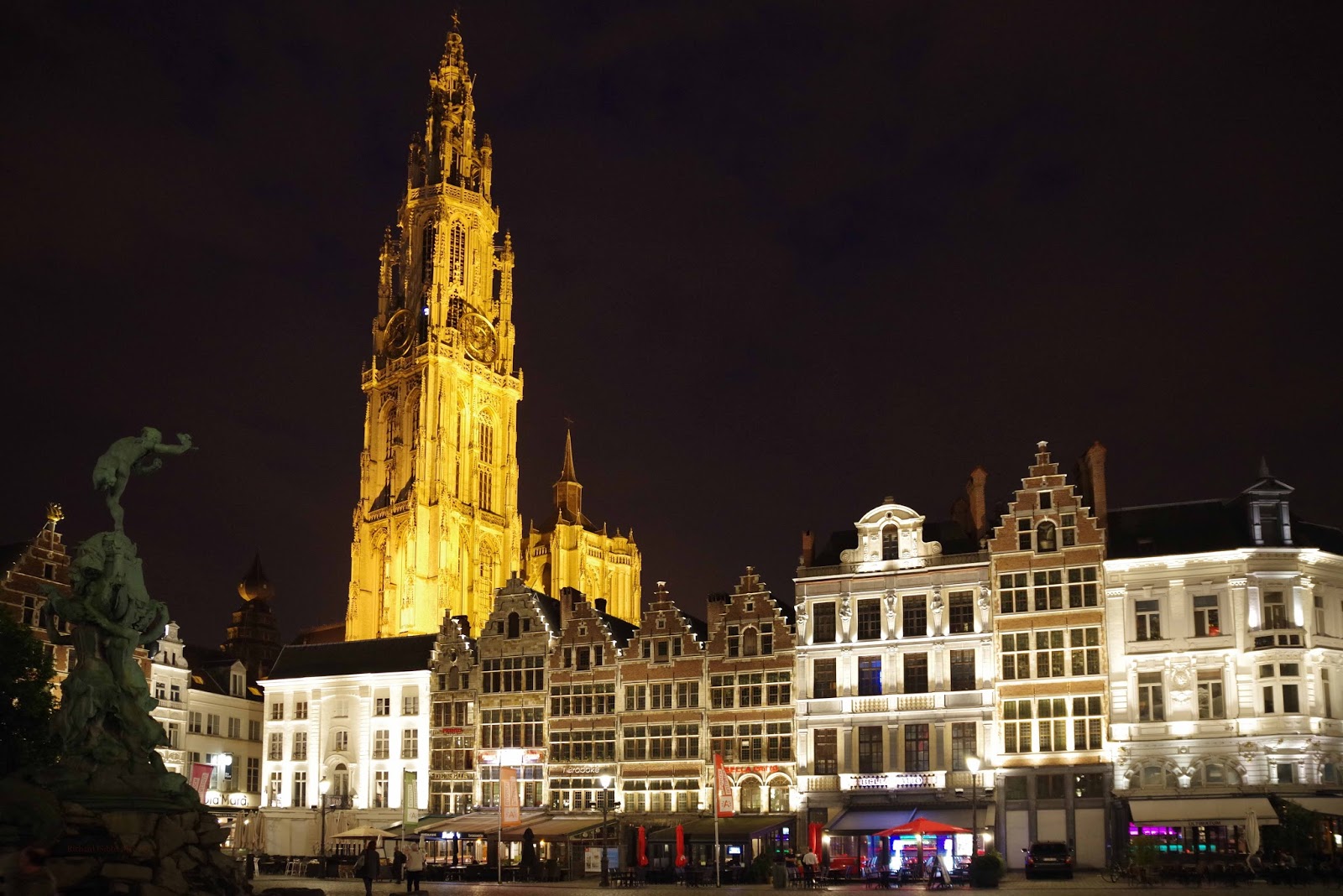 The Markt is embellished on the western side by the Stadhuis (town hall), which was built in the 1560s, and which displays an impressive collection of flags (though one appears to have furled itself in shame)..... 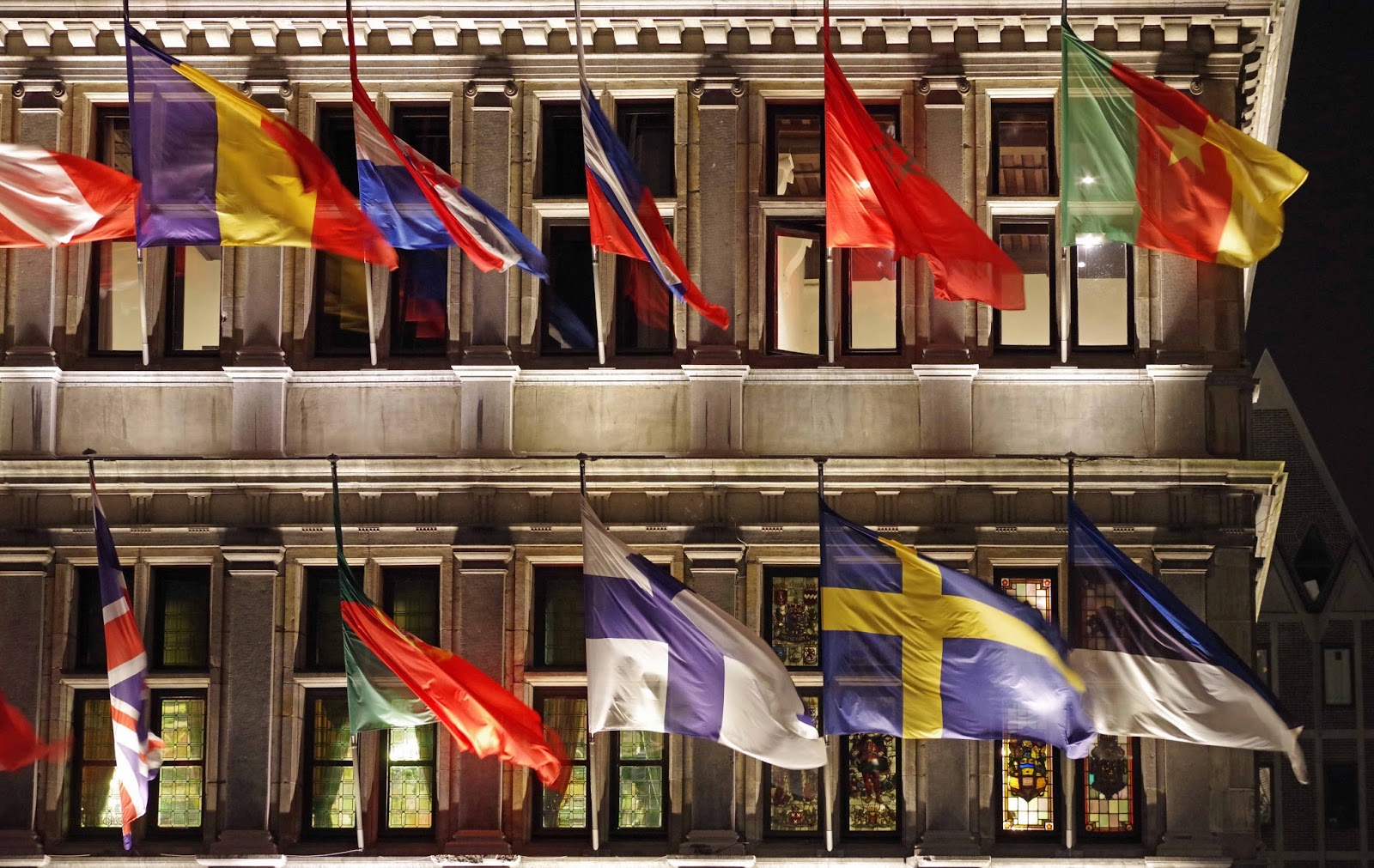 The cathedral is famous for its Rubens' altarpieces, and there just happens to be an exhibition of many other altarpieces in there for my visit.   I also meet a man who is balancing a cross on the palm of his hand, and shining, like an angel, at the same time..... 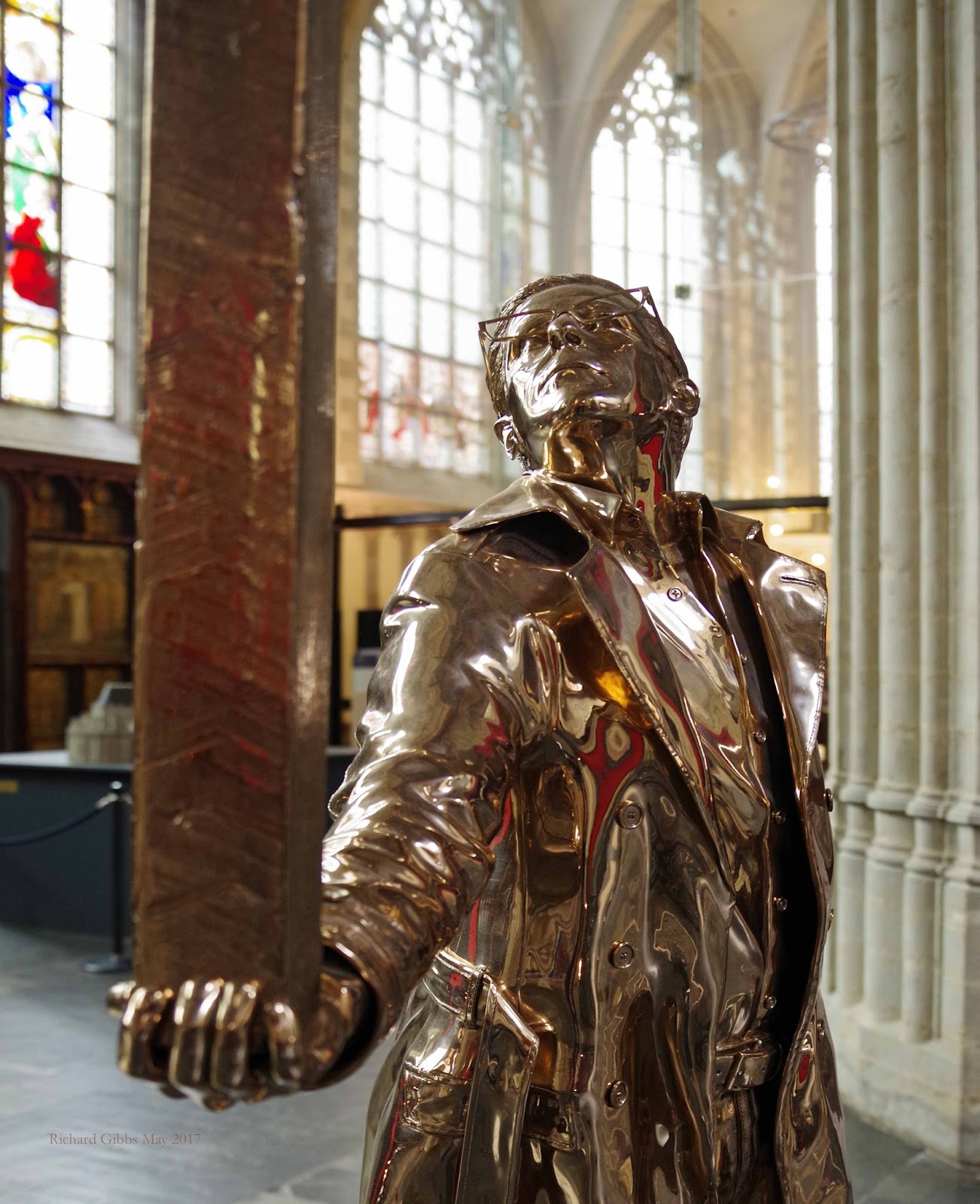 At the door, another man sings Blowin' in the wind, with a curiously personal time signature.  He reminds me of someone I never knew.....  We all have our cross to bear. 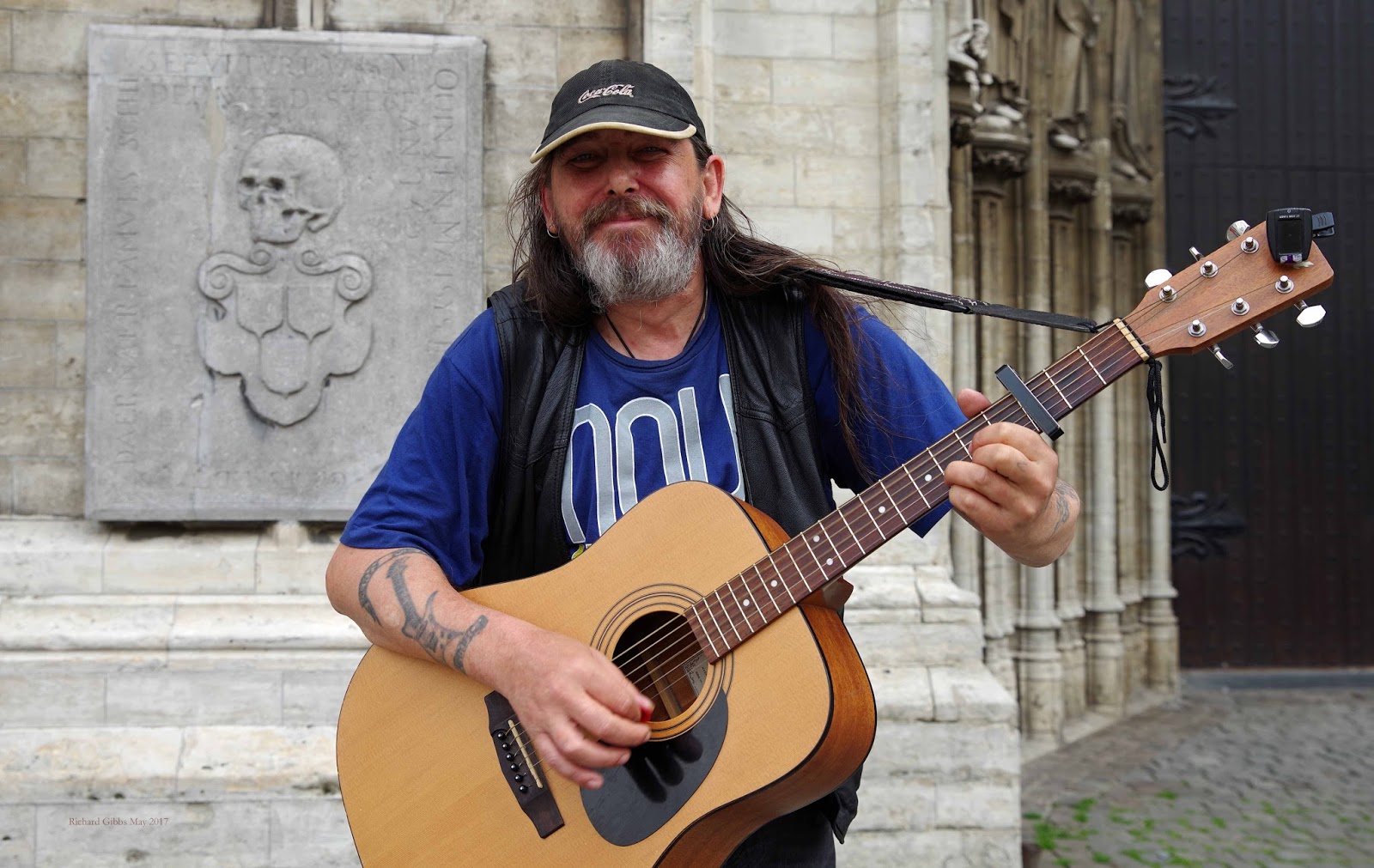 Peter Paul Rubens (1577 - 1640) was the big name in Antwerp, and his house, the Rubenshuis, which he bought in 1610 and which the city rescued in 1937, is one of the main attractions. It is here that I meet Barbara Arents, painted by Jacob van Utrech in about 1530.  Barbara was Rubens's grannie, and she is rather nice. 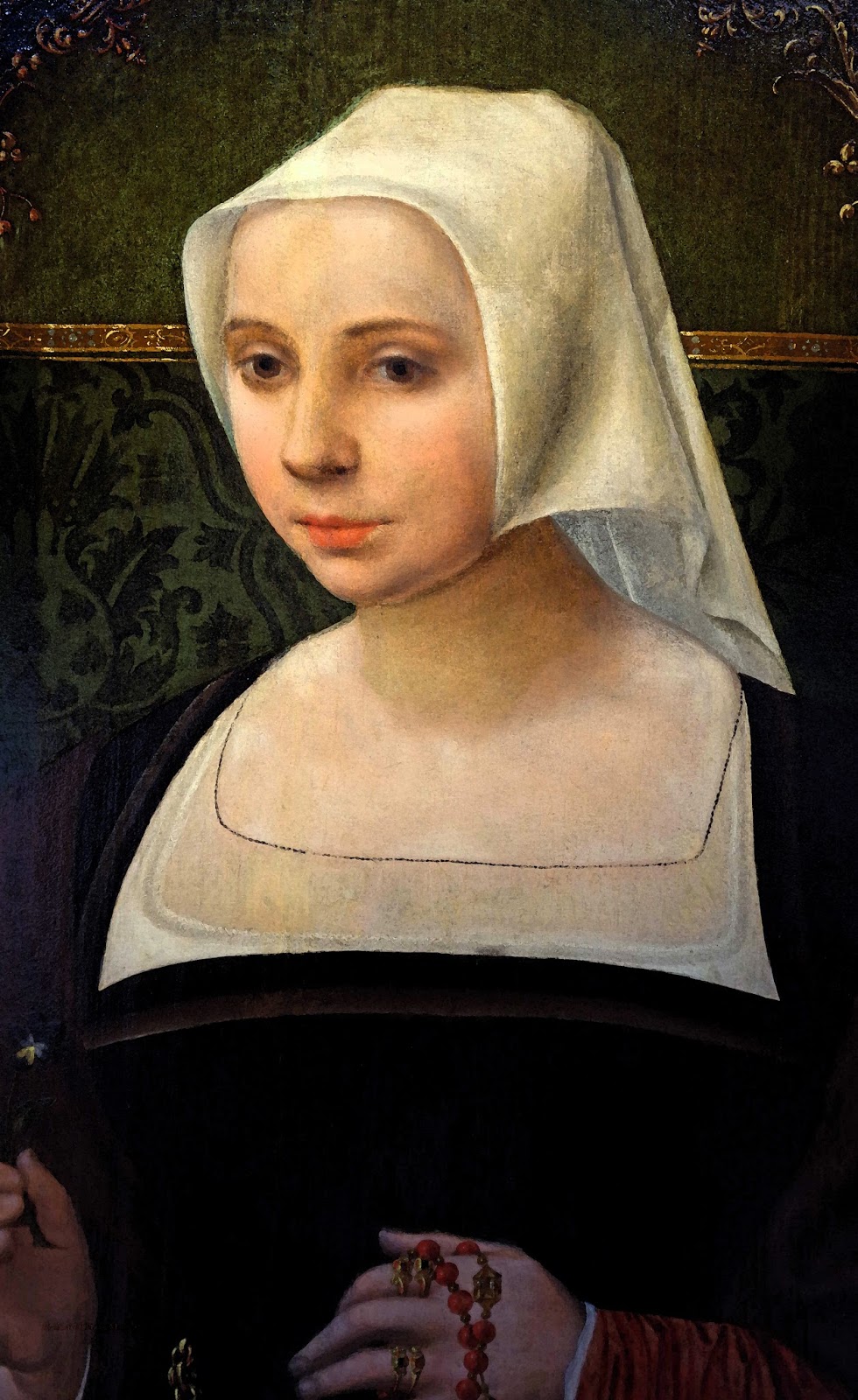 In the artist's studio I encounter Anthony van Dyck (1599 - 1641), Rubens's most famous and talented assistant.  For a long time it was believed that this portrait was painted by Rubens, but current theory is that it is in fact a self-portrait. 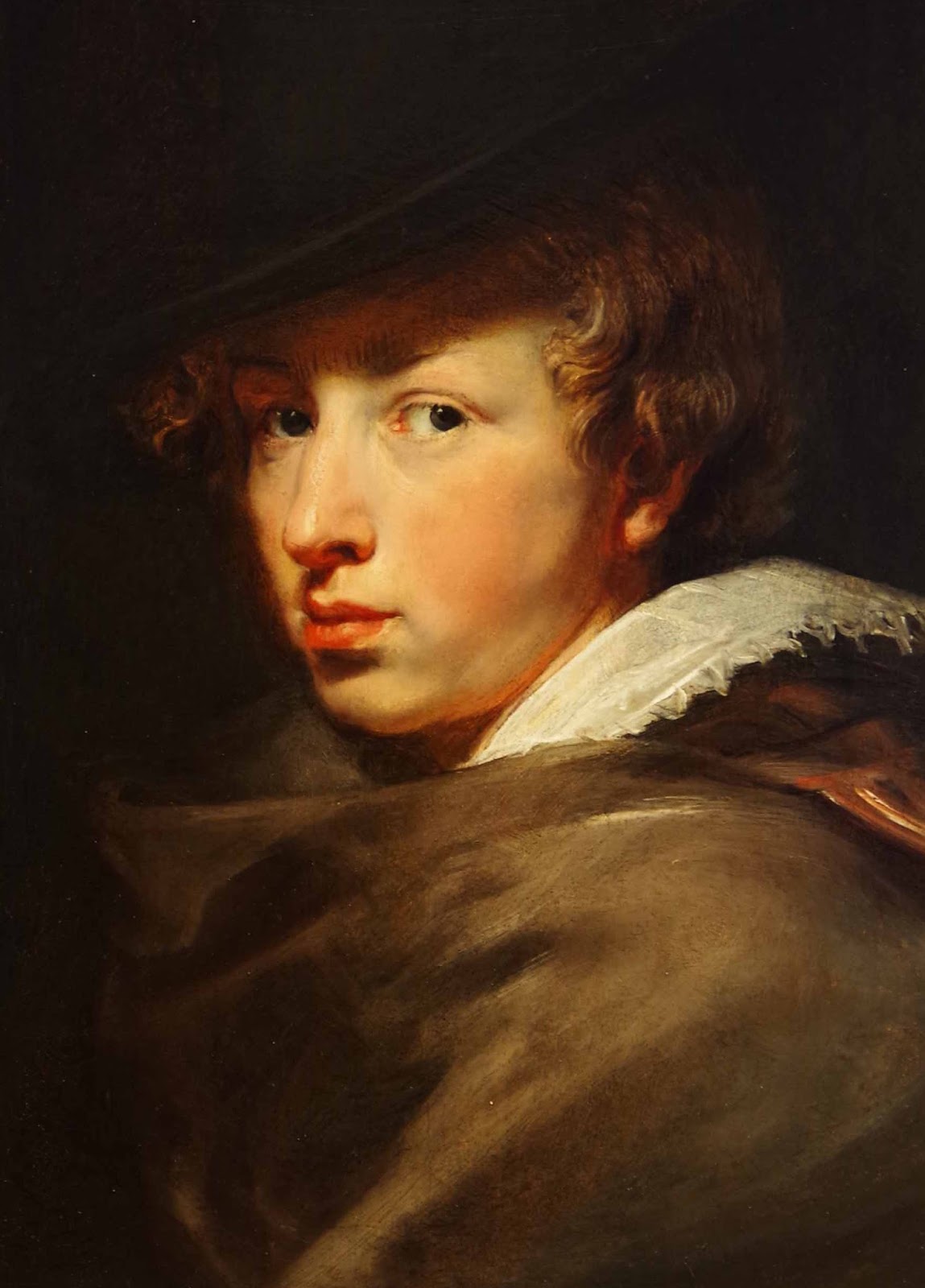 Later on that evening, I meet him again, sitting by the Stadhuis wall.  He has aged a little, and grown a characteristic beard, and he is looking the other way, but I am sure it's him..... 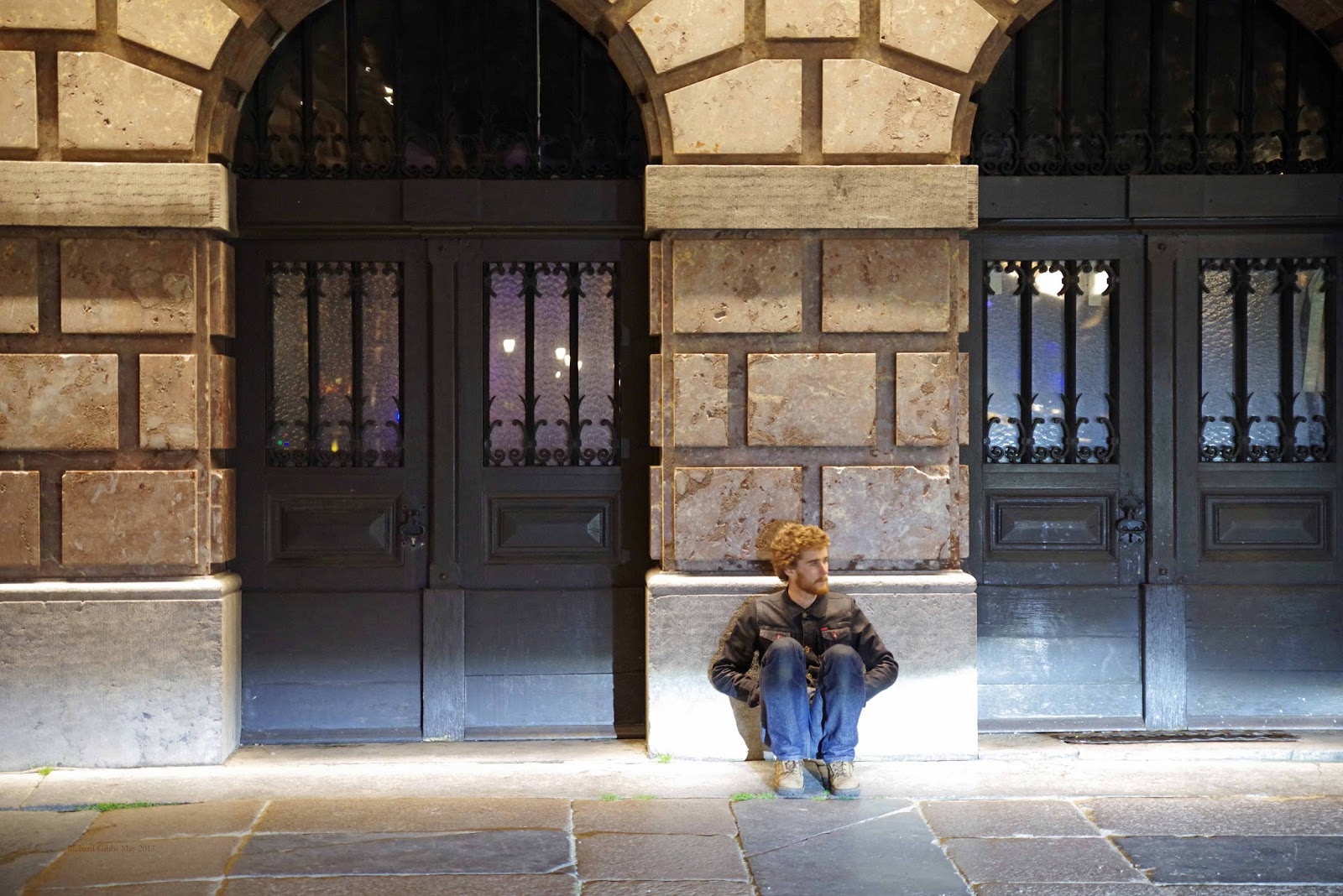 Characterful faces are to be found everywhere; in bars.... 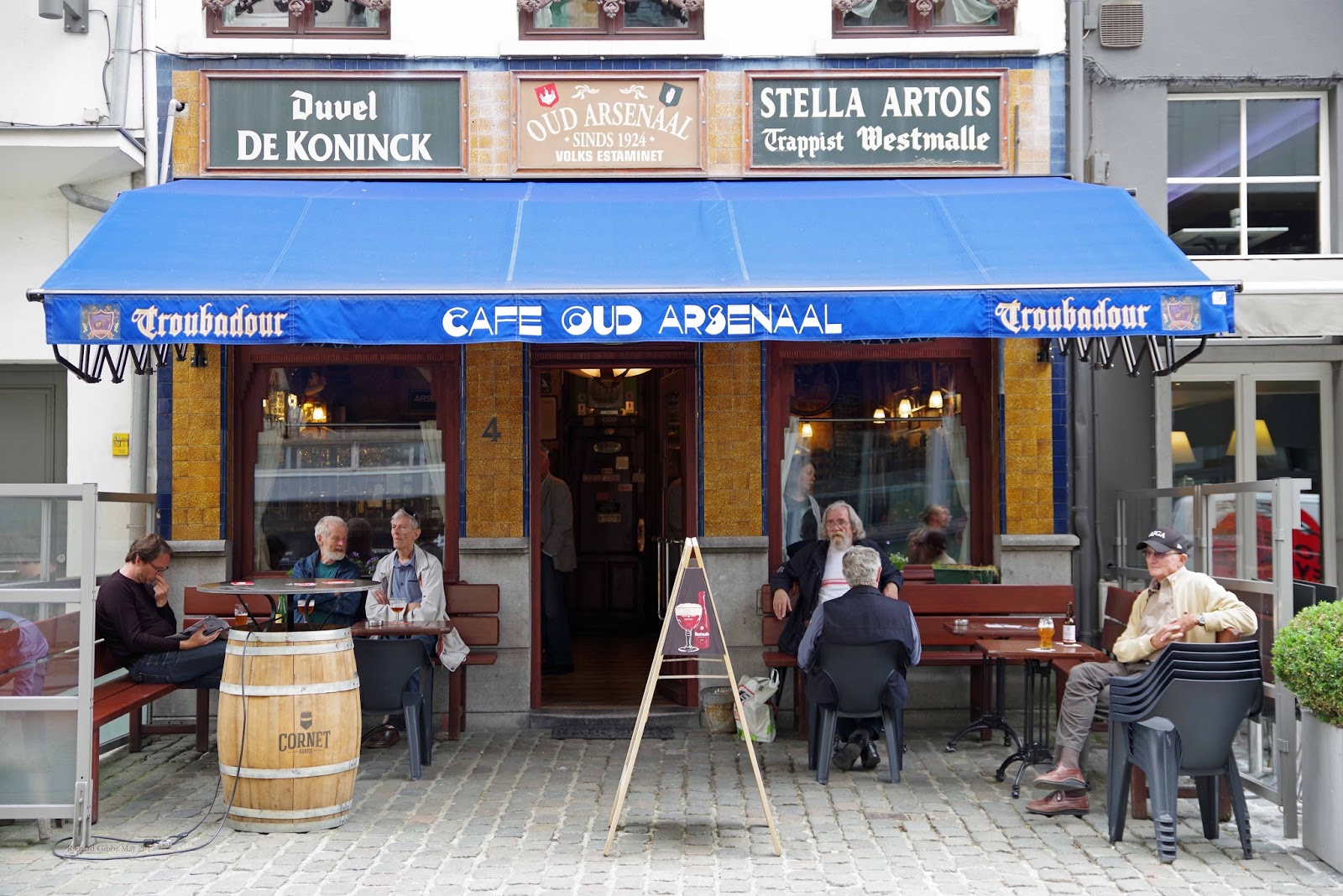 And on the city's walls. At first I thought this might be a poor representation of Belgium's favourite Police Inspector (Maigret) but it isn't.... This is a mural by Dutch artist Dick Matena's depicting Laarmans, protagonist of Willem Elsschot’s novel Kaas (Cheese). The mural shows Laarmans returning home from cheese shopping with the Brabo statue in the background in a mix of the city’s literary and folkloric past and is the cover picture of Matena's graphic version of the novel. 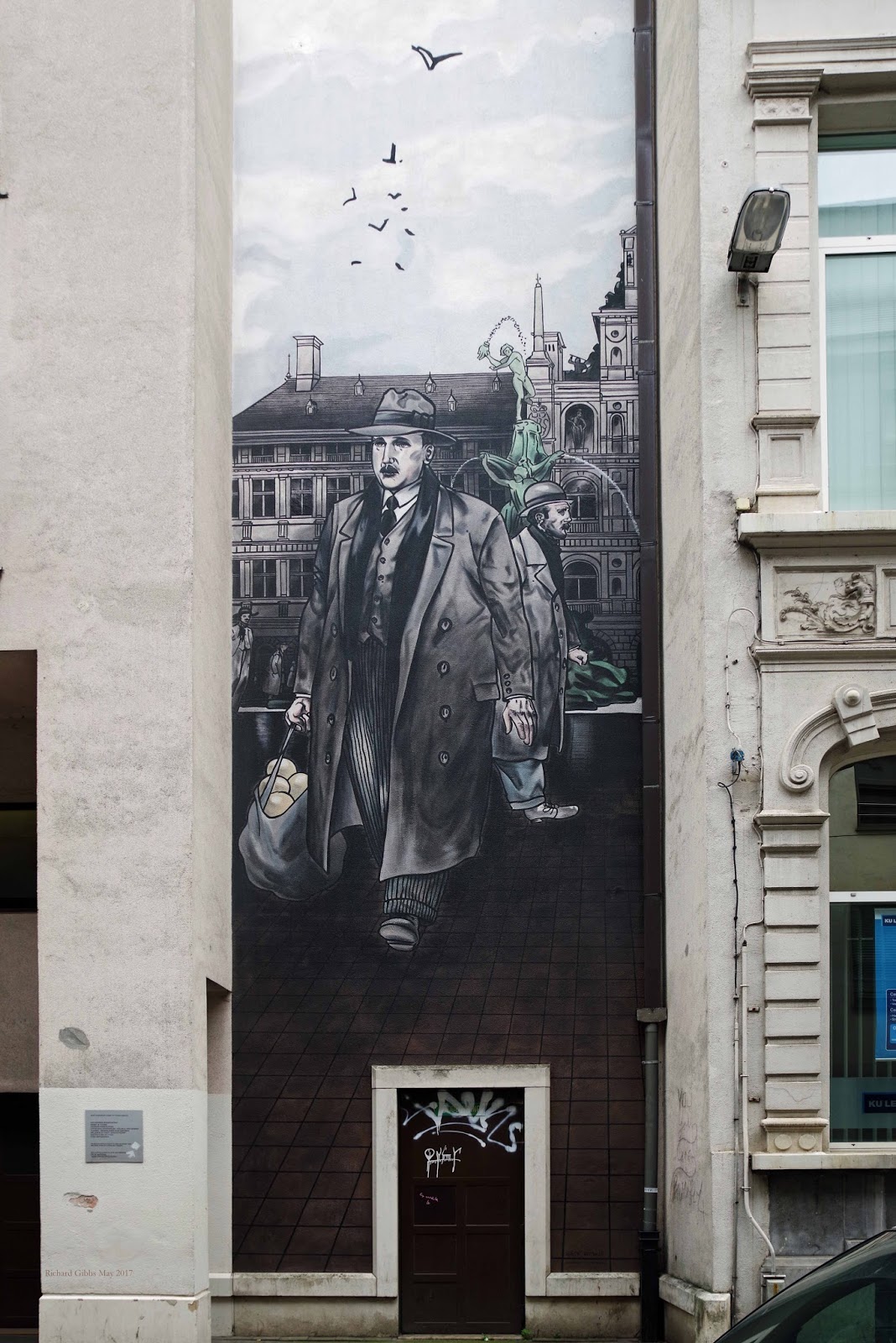 And just nearby is Conscience by Jan Bosschaert which portrays Hendrik Conscience (The man who taught his people how to read) above a fountain that spews out letters over copies of Bosschaert's own books. 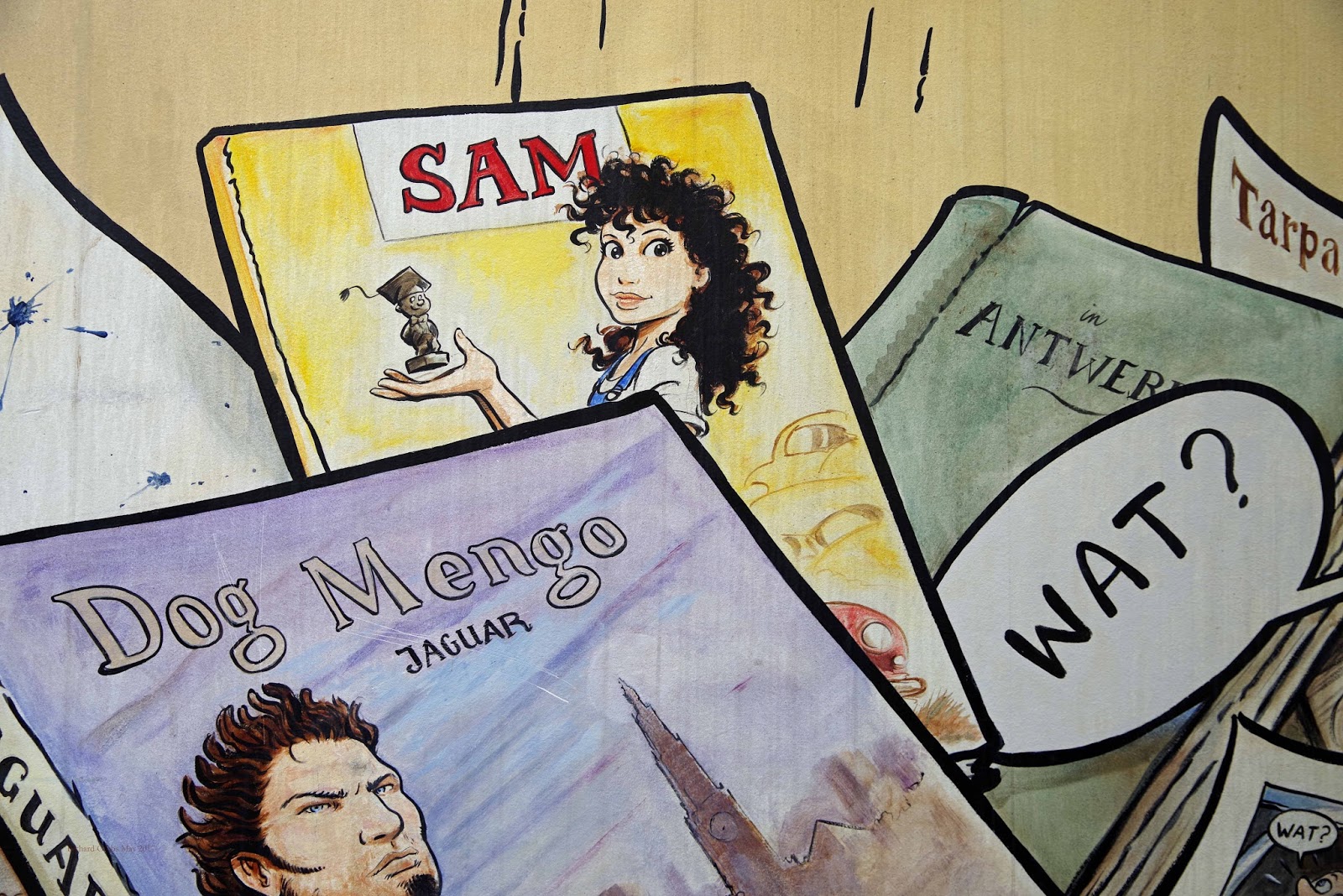 And the city itself is a work of art. The old buildings: 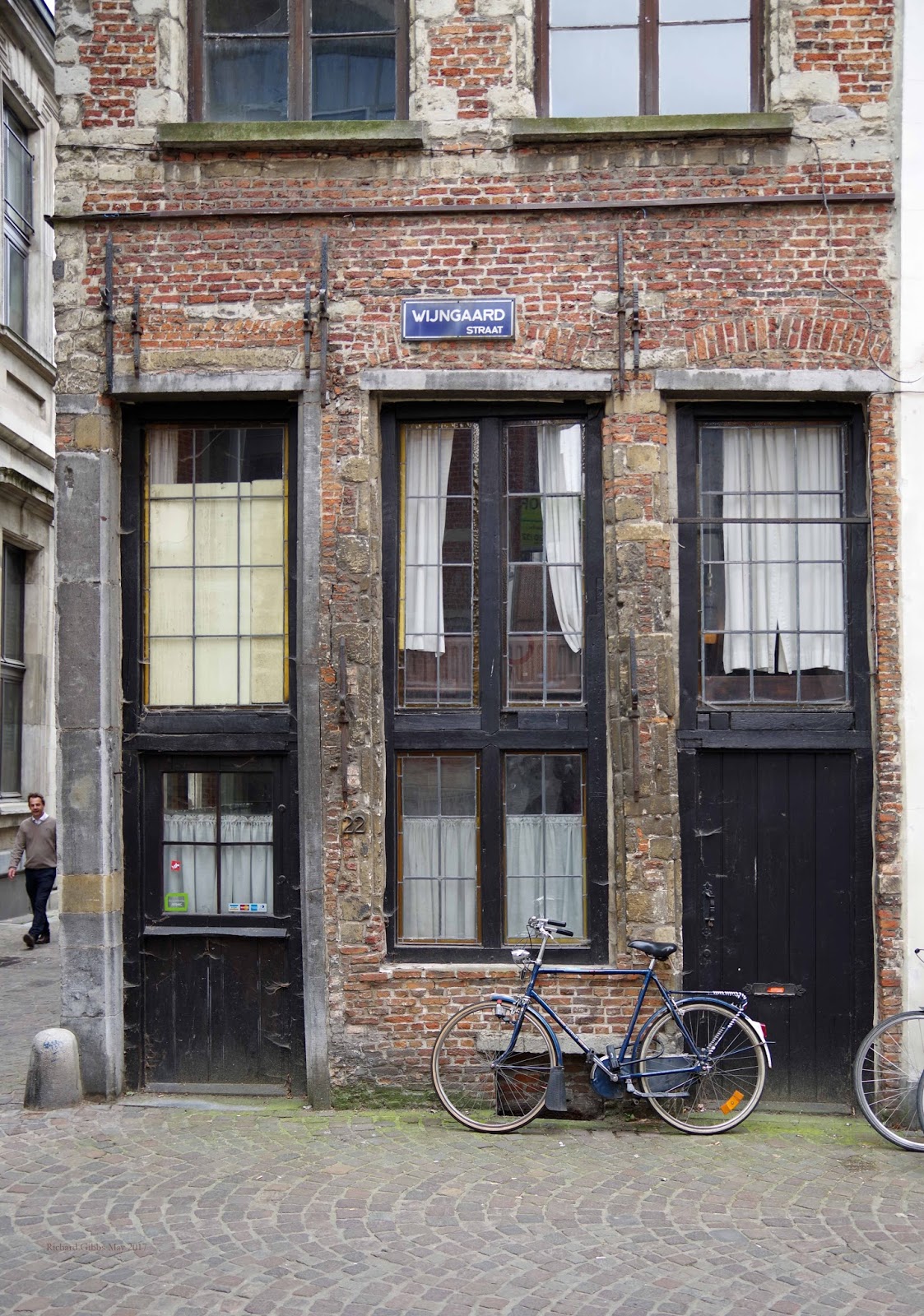 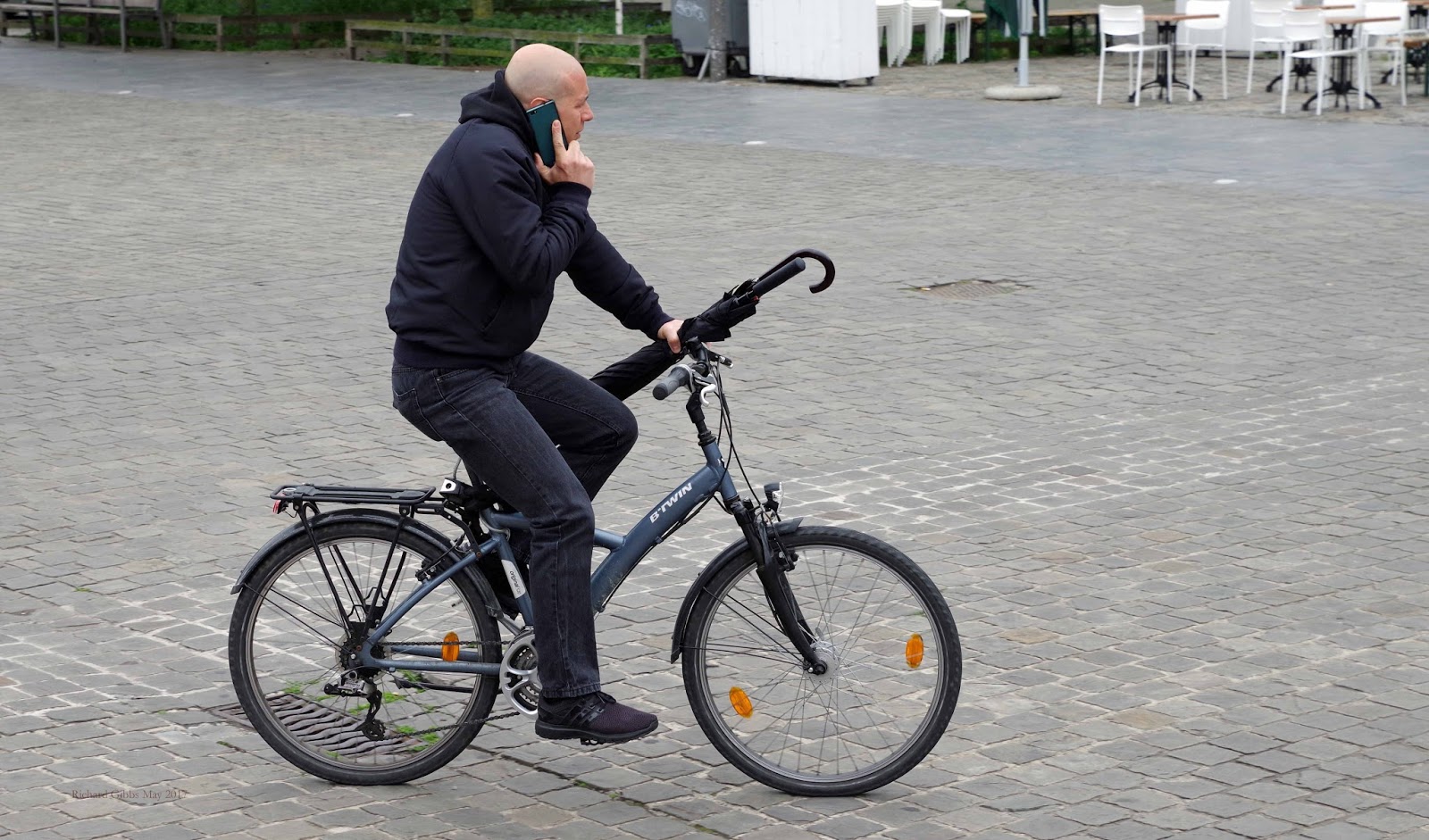 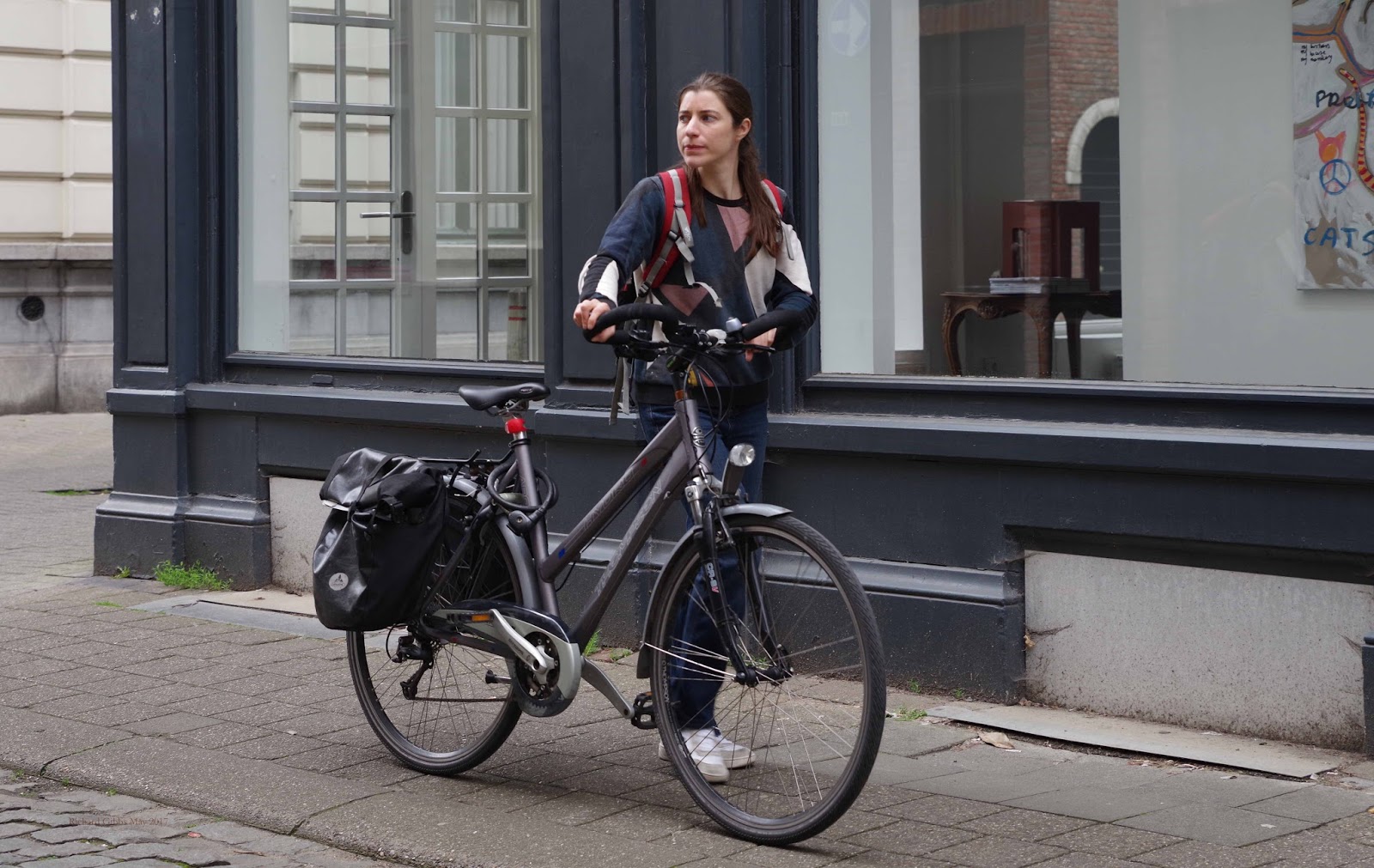 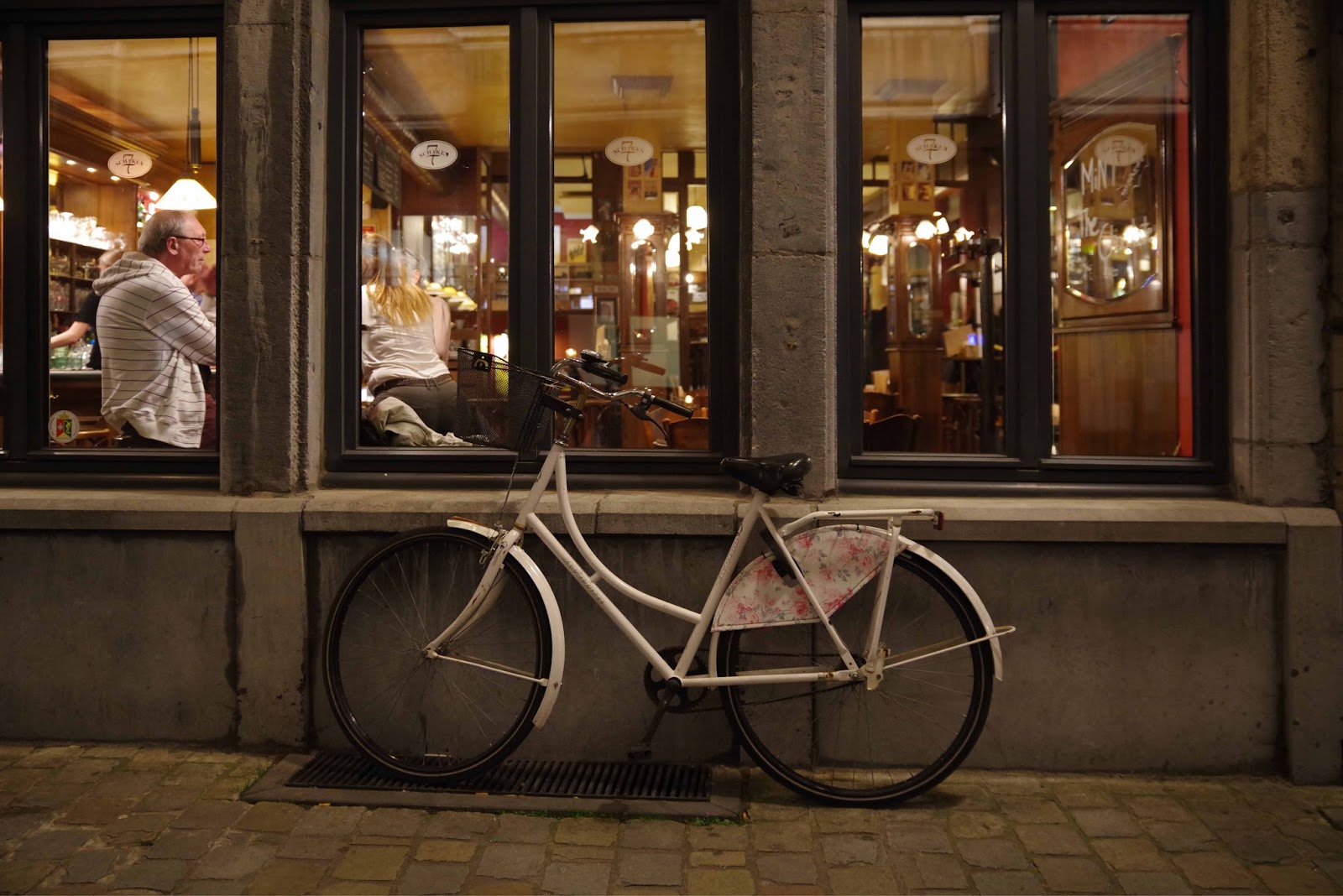 And the modern buildings as well.  This is the MAS (Museum aan de Stroom - Museum by the river), a vast municipal museum in a red sandstone and curved glass tower 60 metres tall which was opened in 2011: 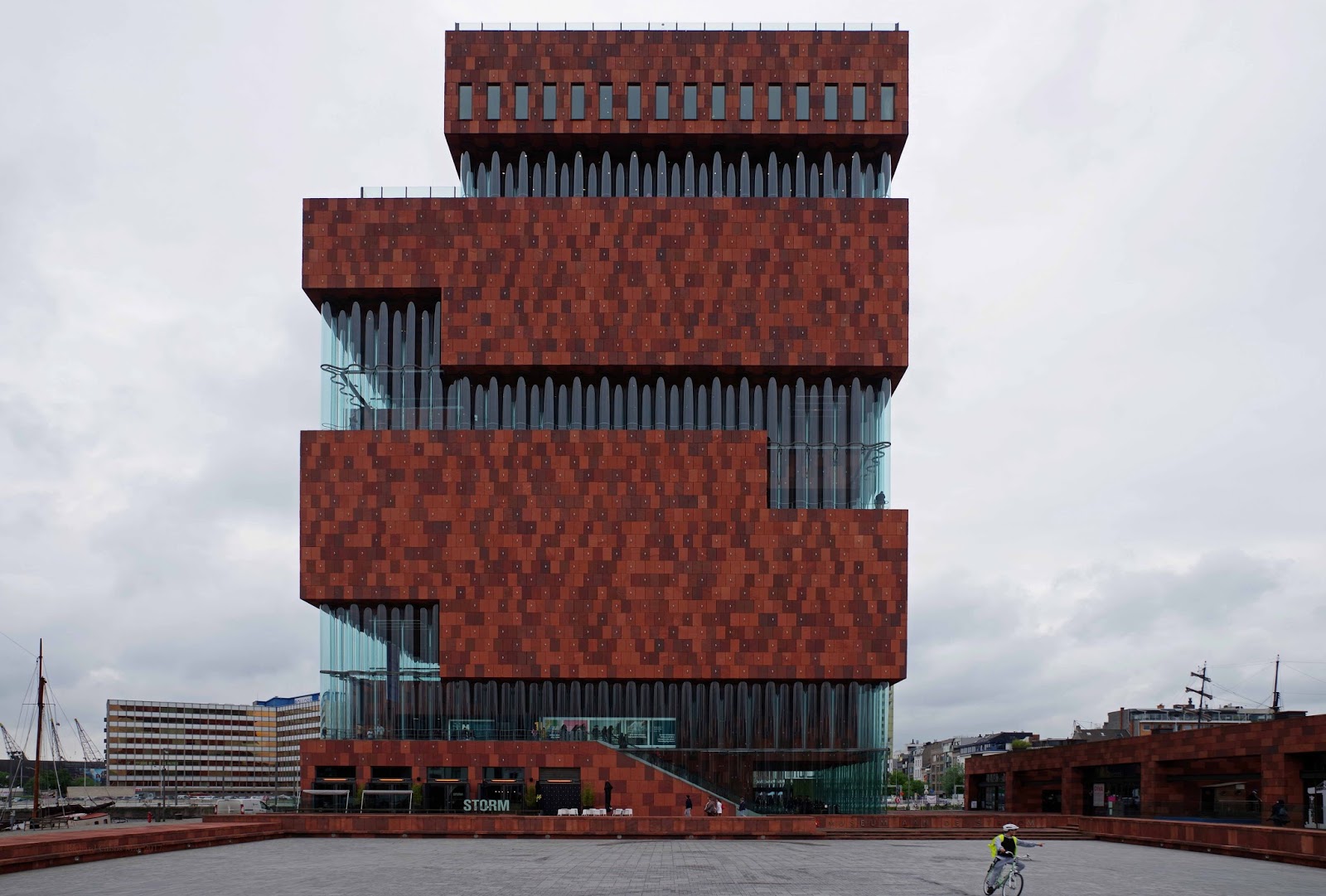 Which has a great view from the panoramic 12th floor: 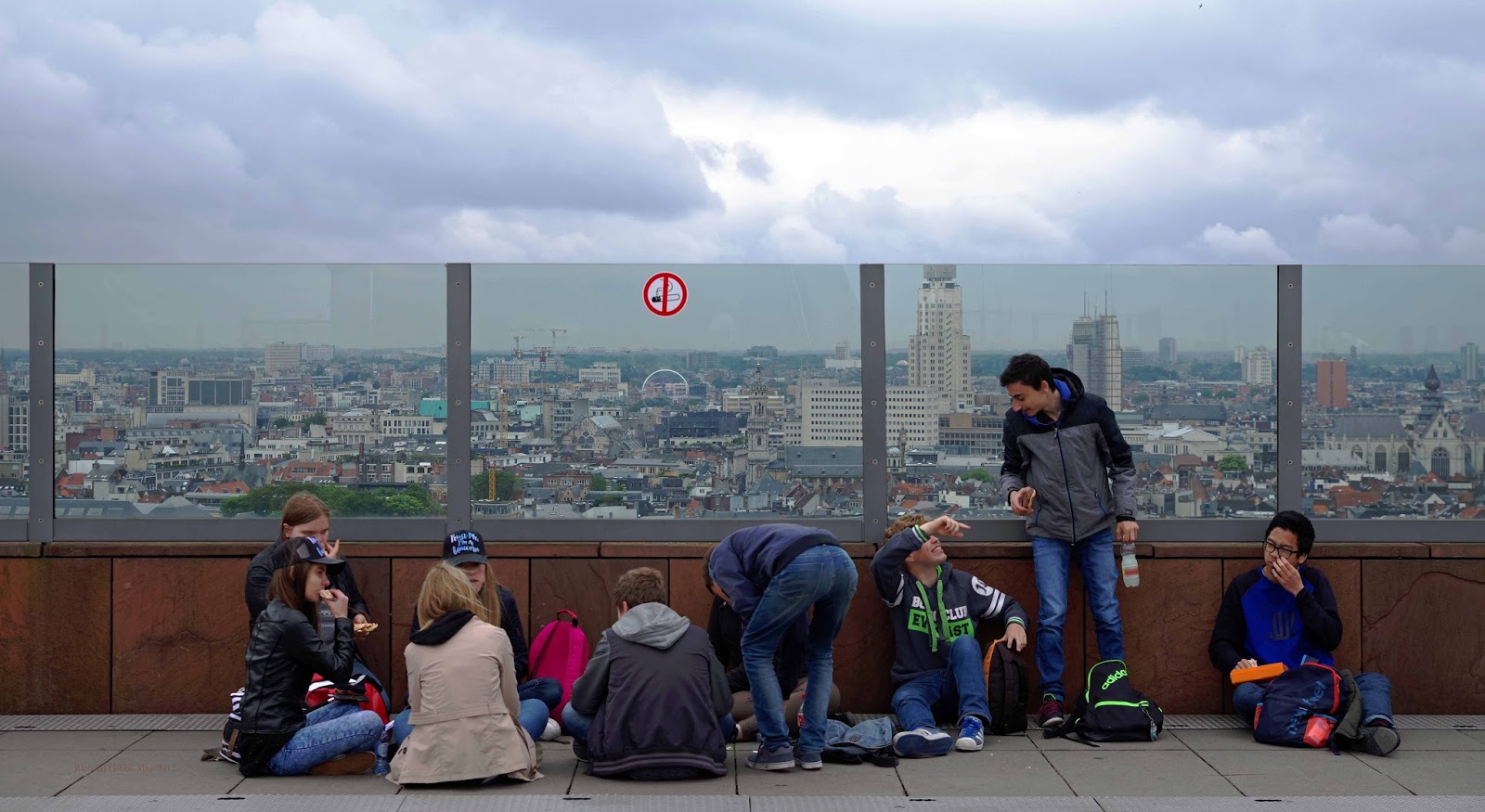 There are some other fine examples of modern architecture, like the Port House, which integrates a vast new extension to an old fire station, where 500 people, like Stevan, 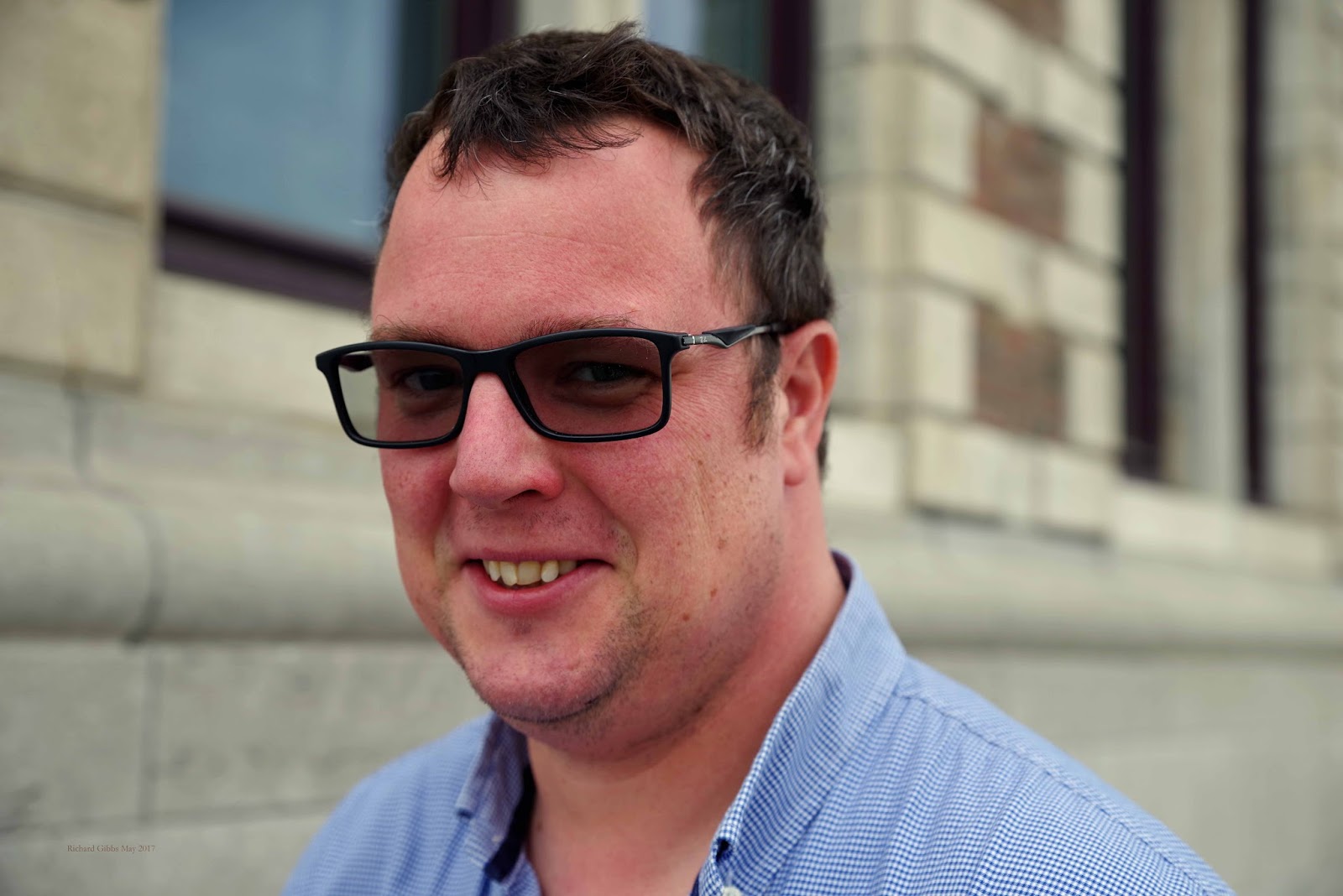 work at keeping the port in action: 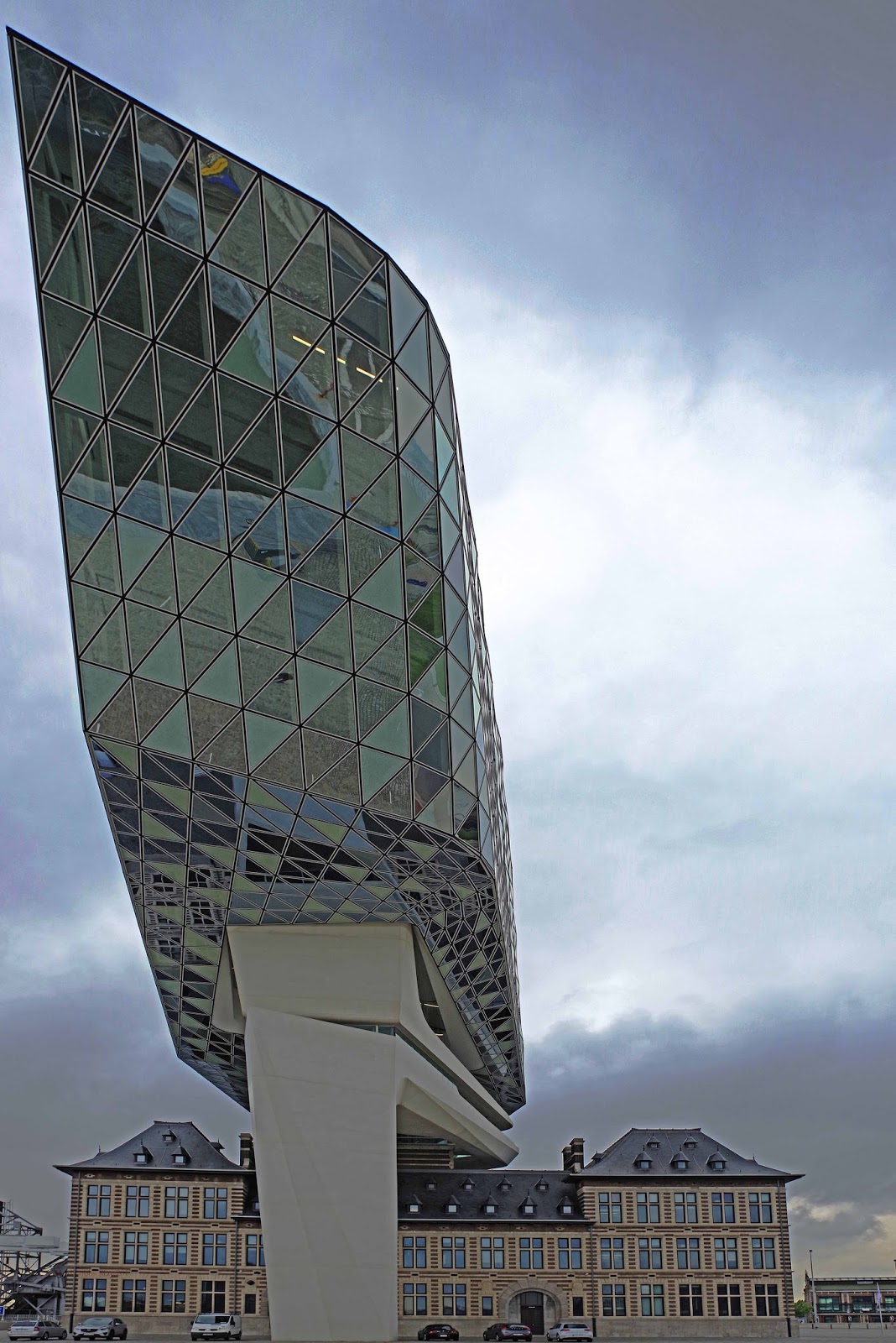 It's an exciting city, full of surprises, and full of smiles: 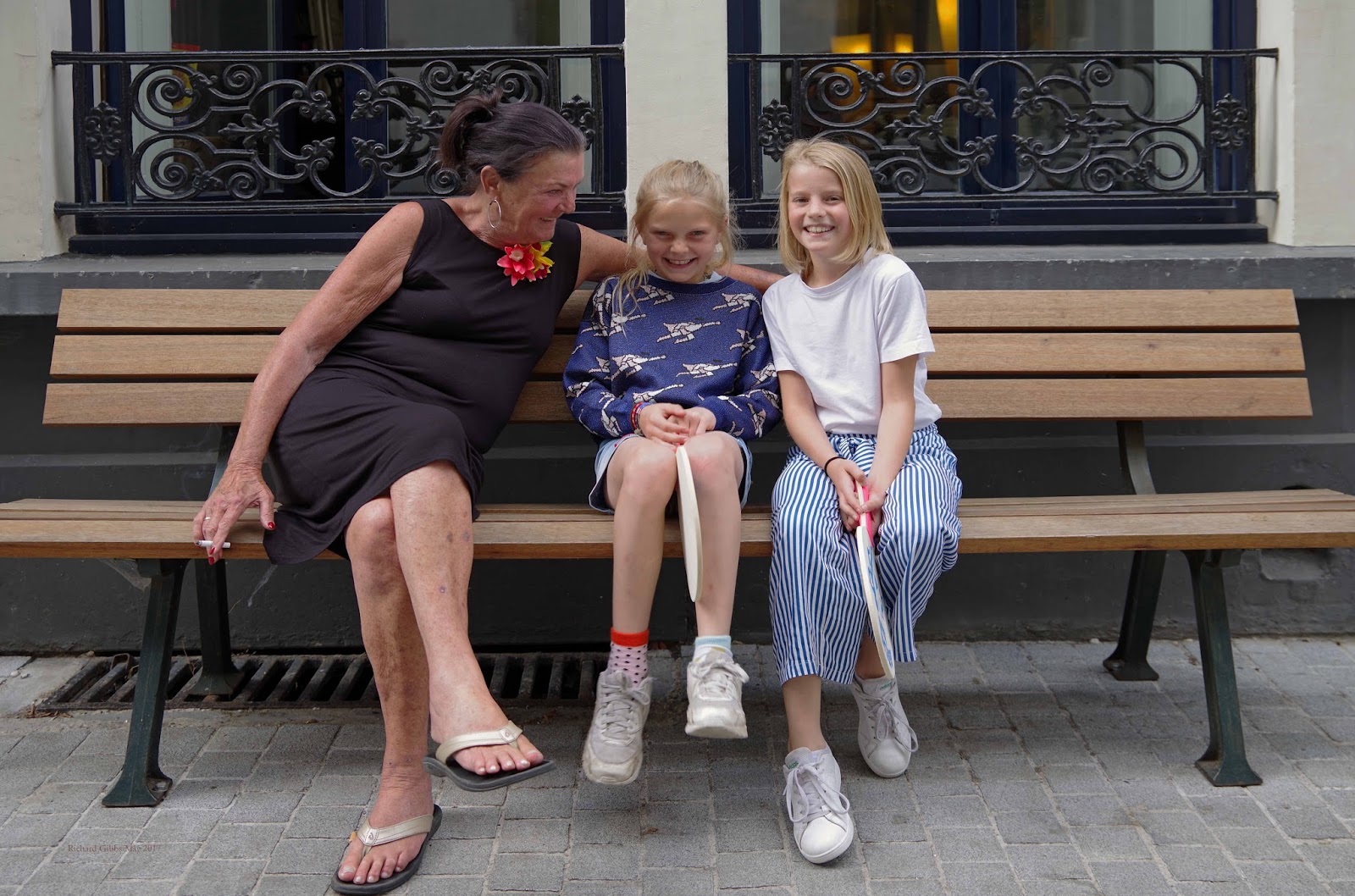 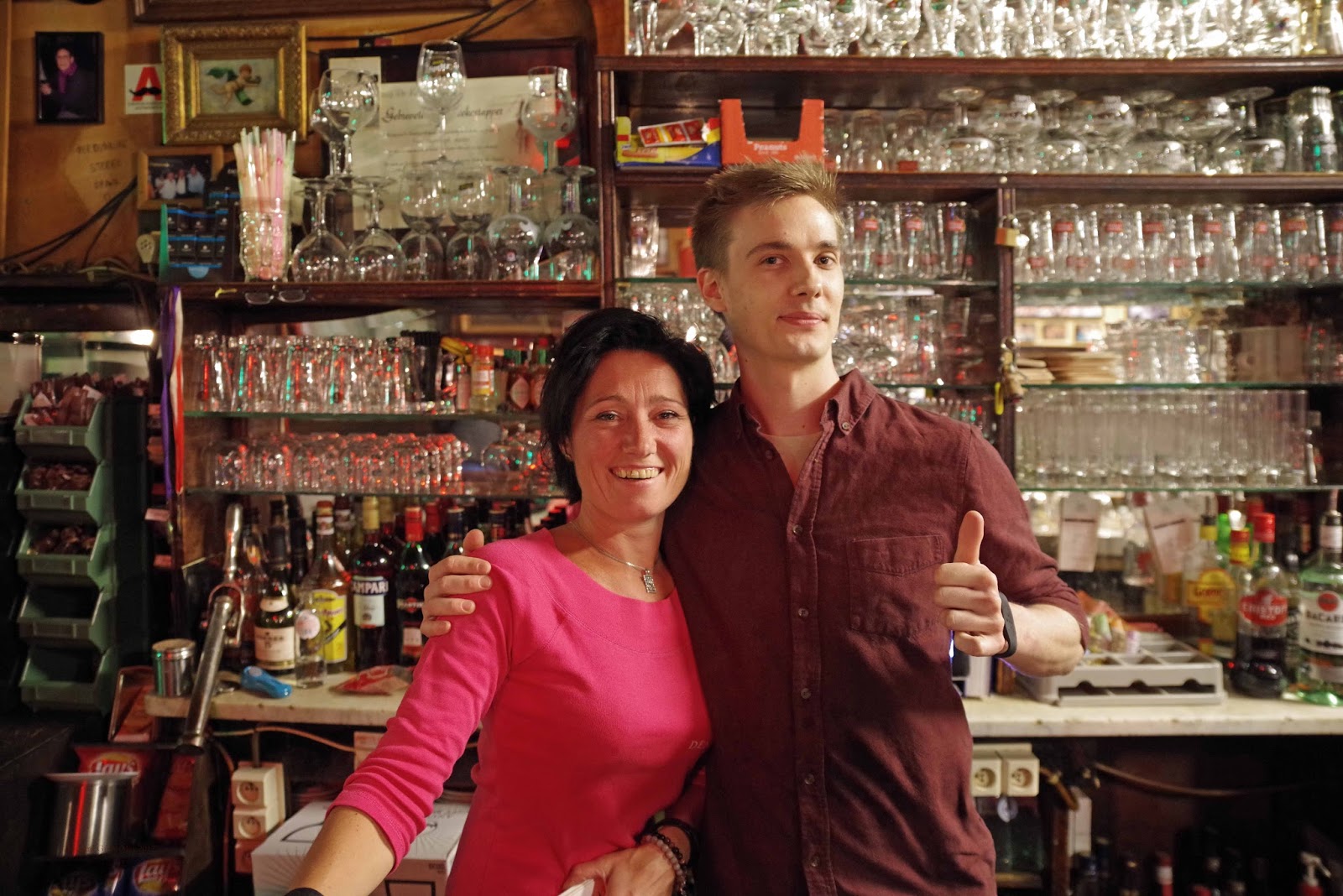 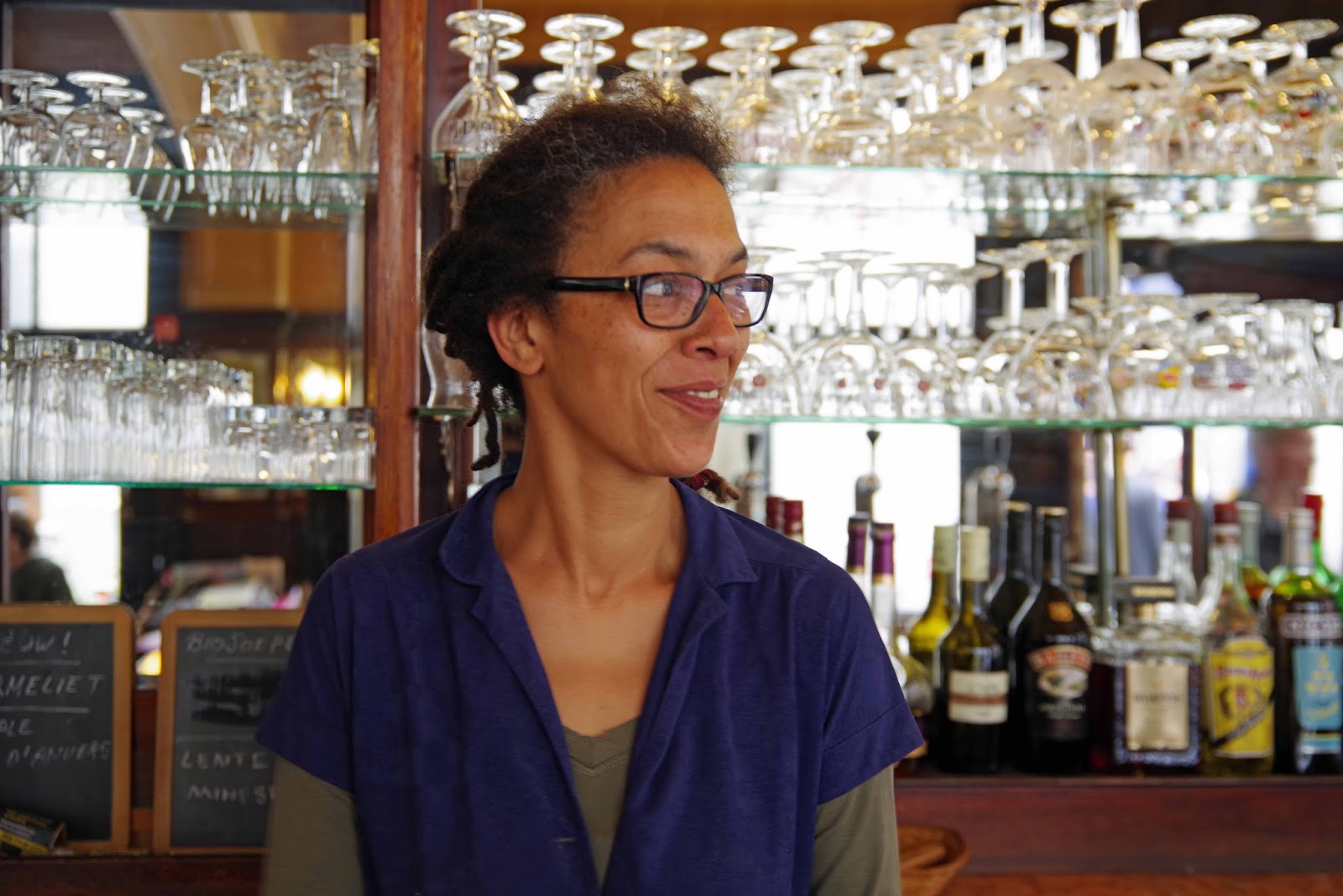 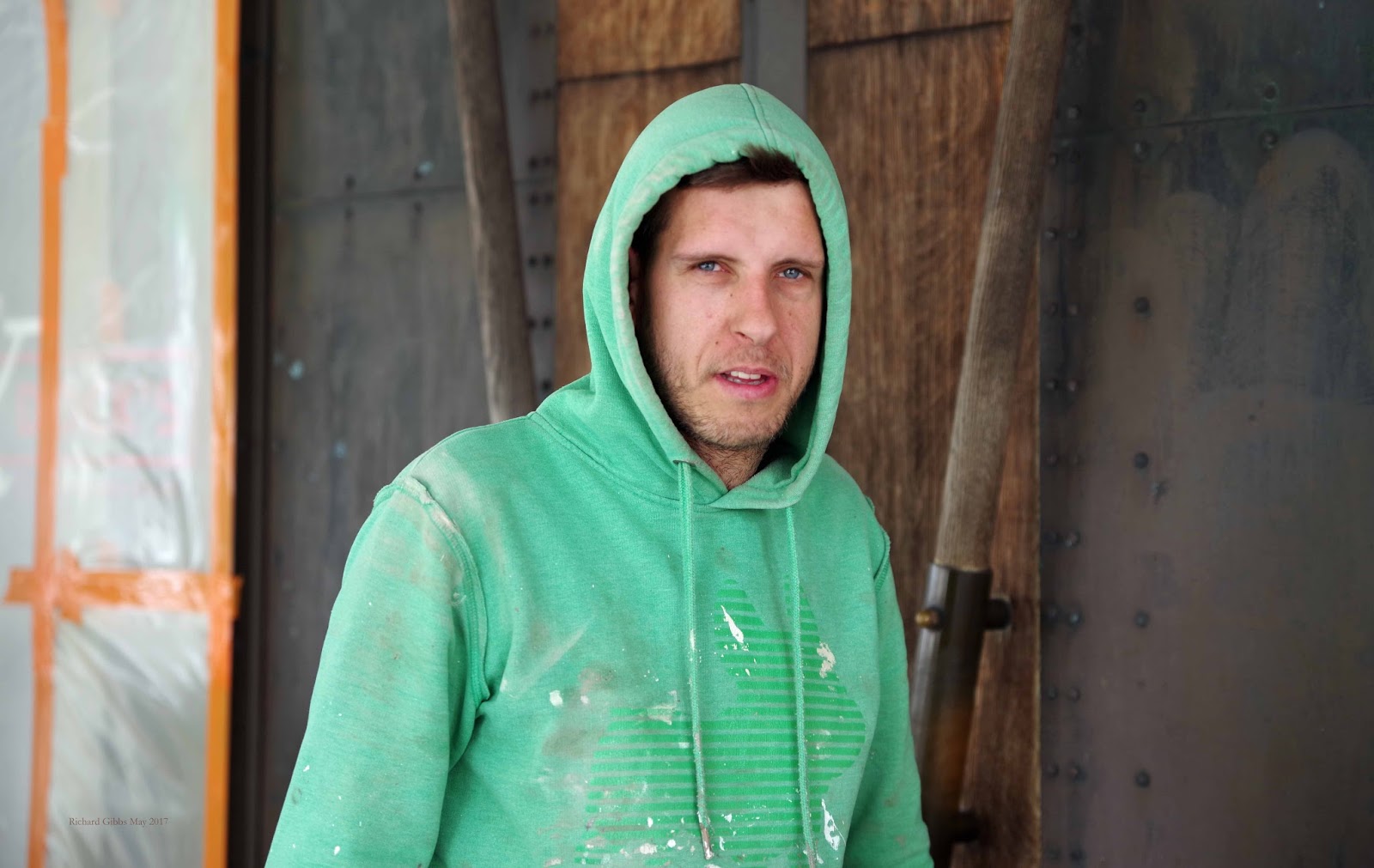 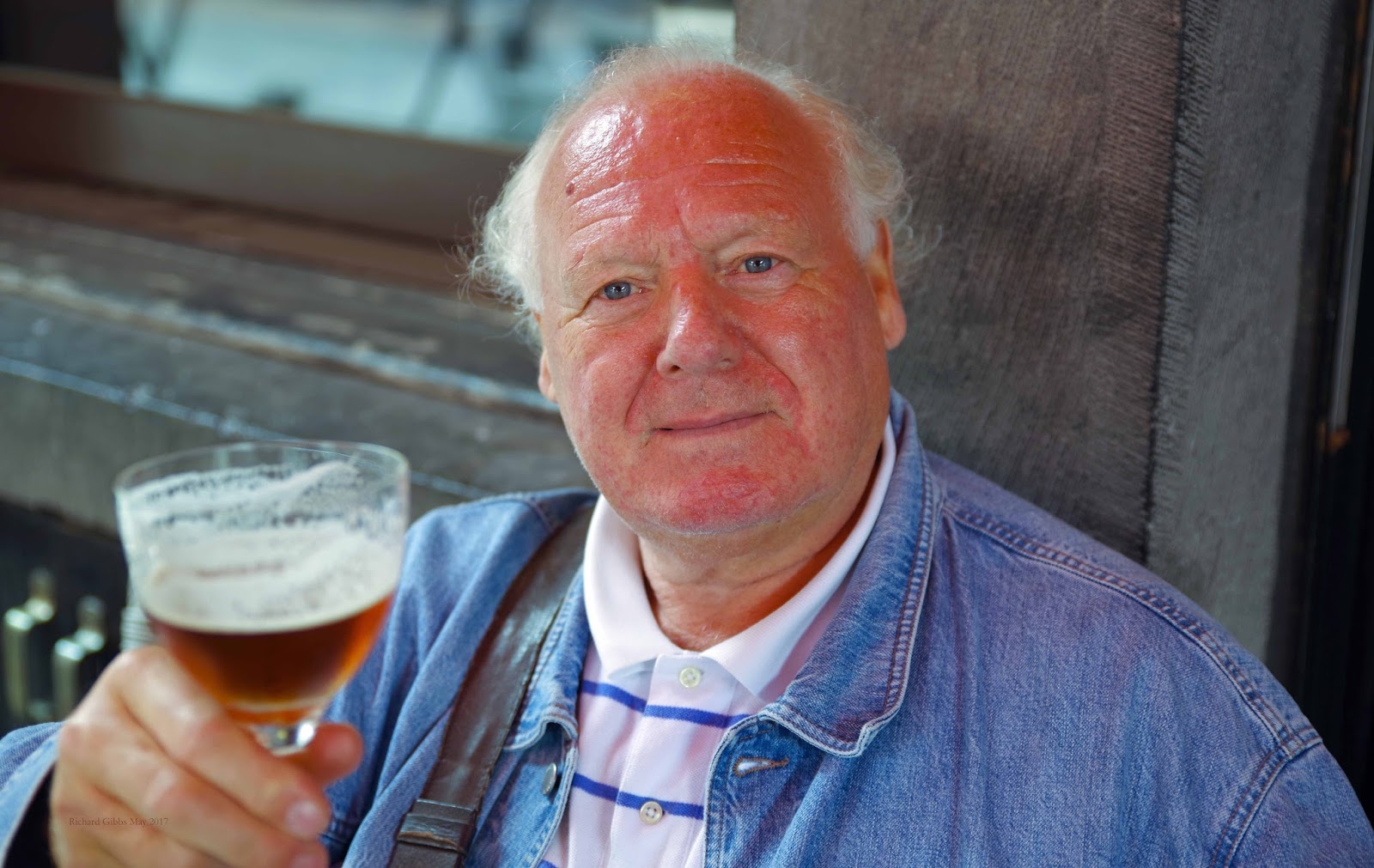 Or who would say Cheers! if they weren't nose-down in a glass of jenever/genever/genièvre.... 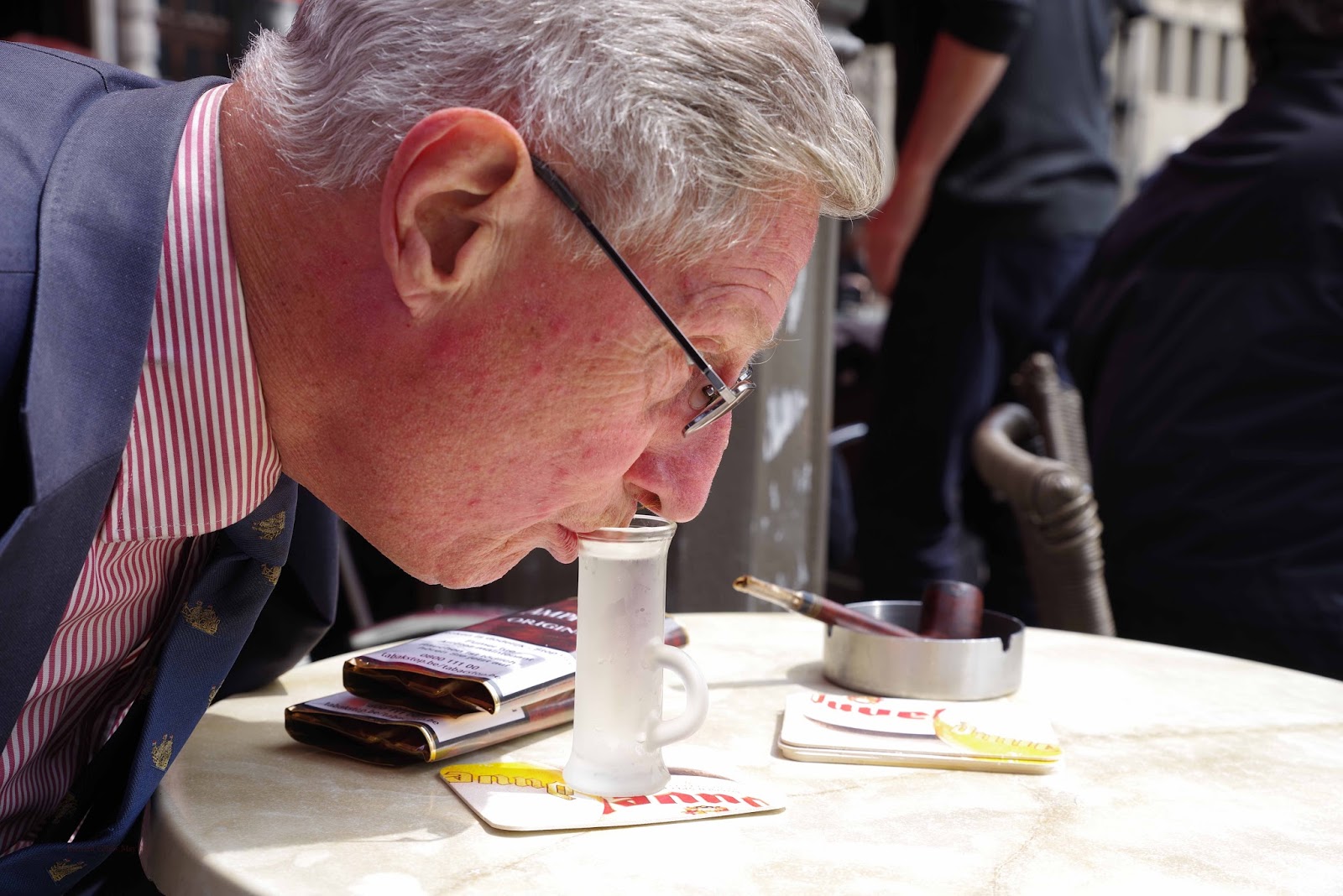 Or who would surely say Cheers! if they weren't so busy looking like Jacob Jordaens (1593-1678)'s Bagpipe Player: 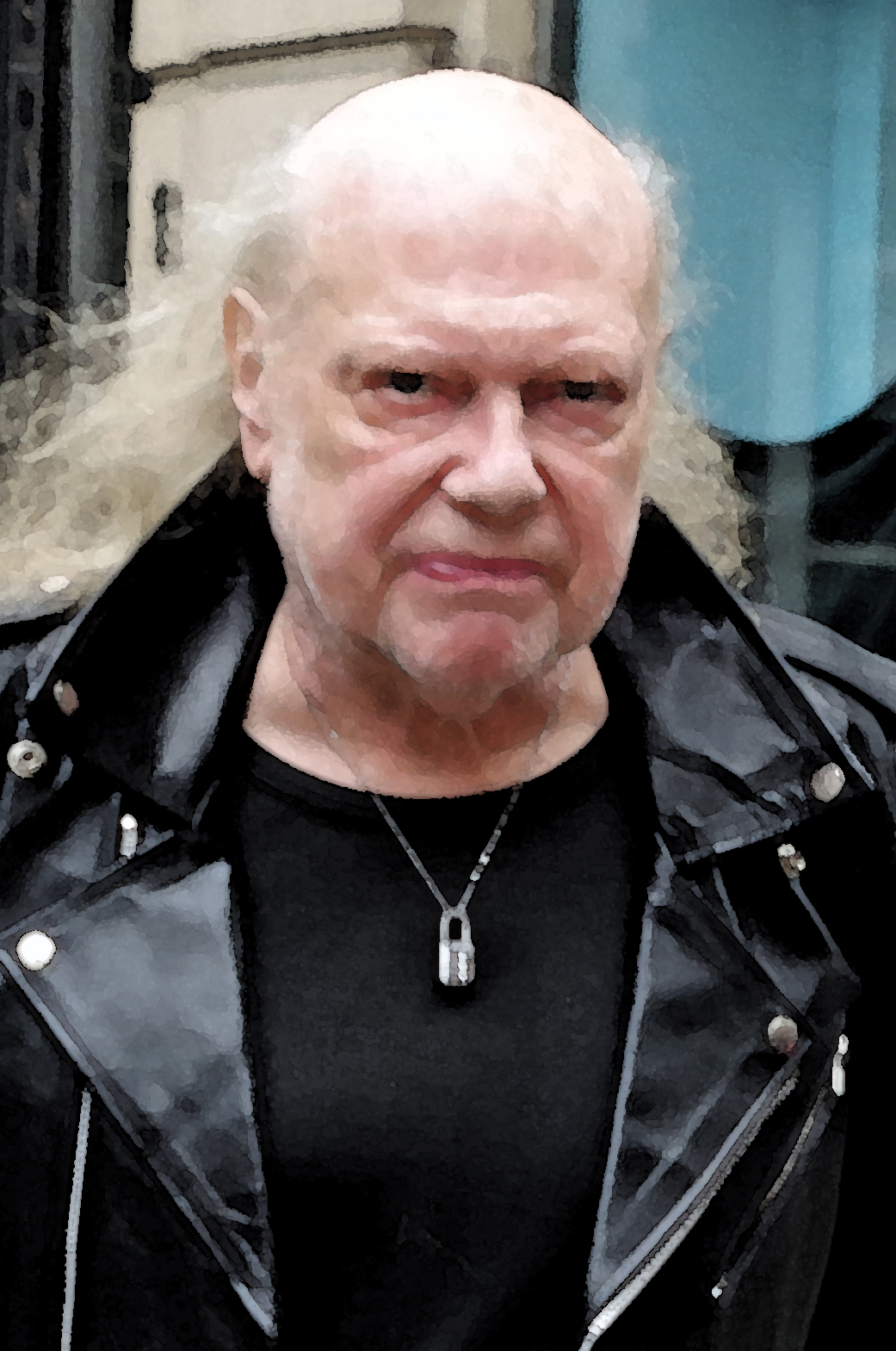 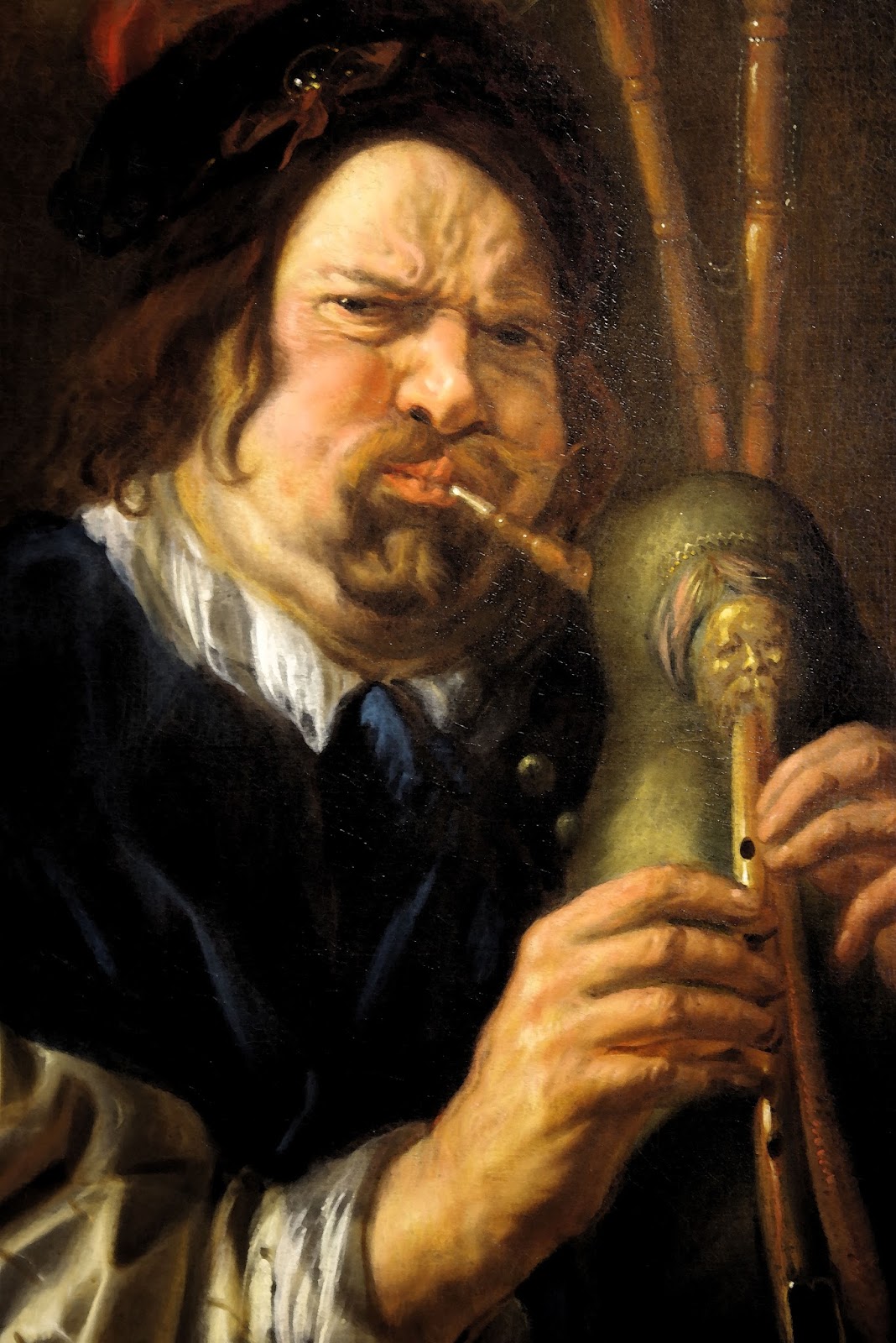 It was nearly time to go.  Though wrapped Christo-fashion in plastic sheeting, Dock's Cafe produces the best meal I have had for a long time, with their own oysters and beer, and a delicious piece of hake with asparagus, grey shrimps and hollandaise sauce. 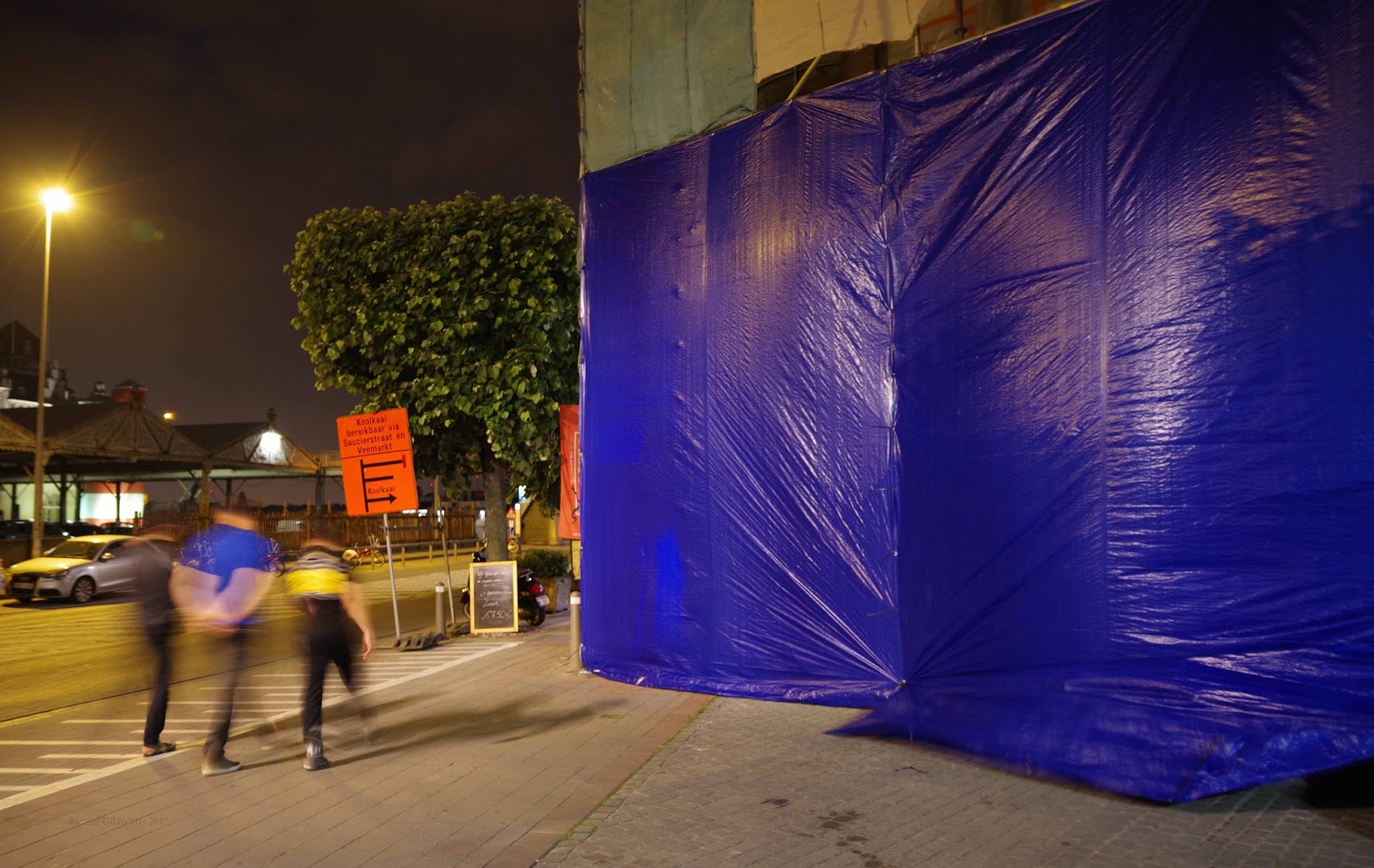 Then it's a train to Brussels, time for a wonderful Trappe Tripel, 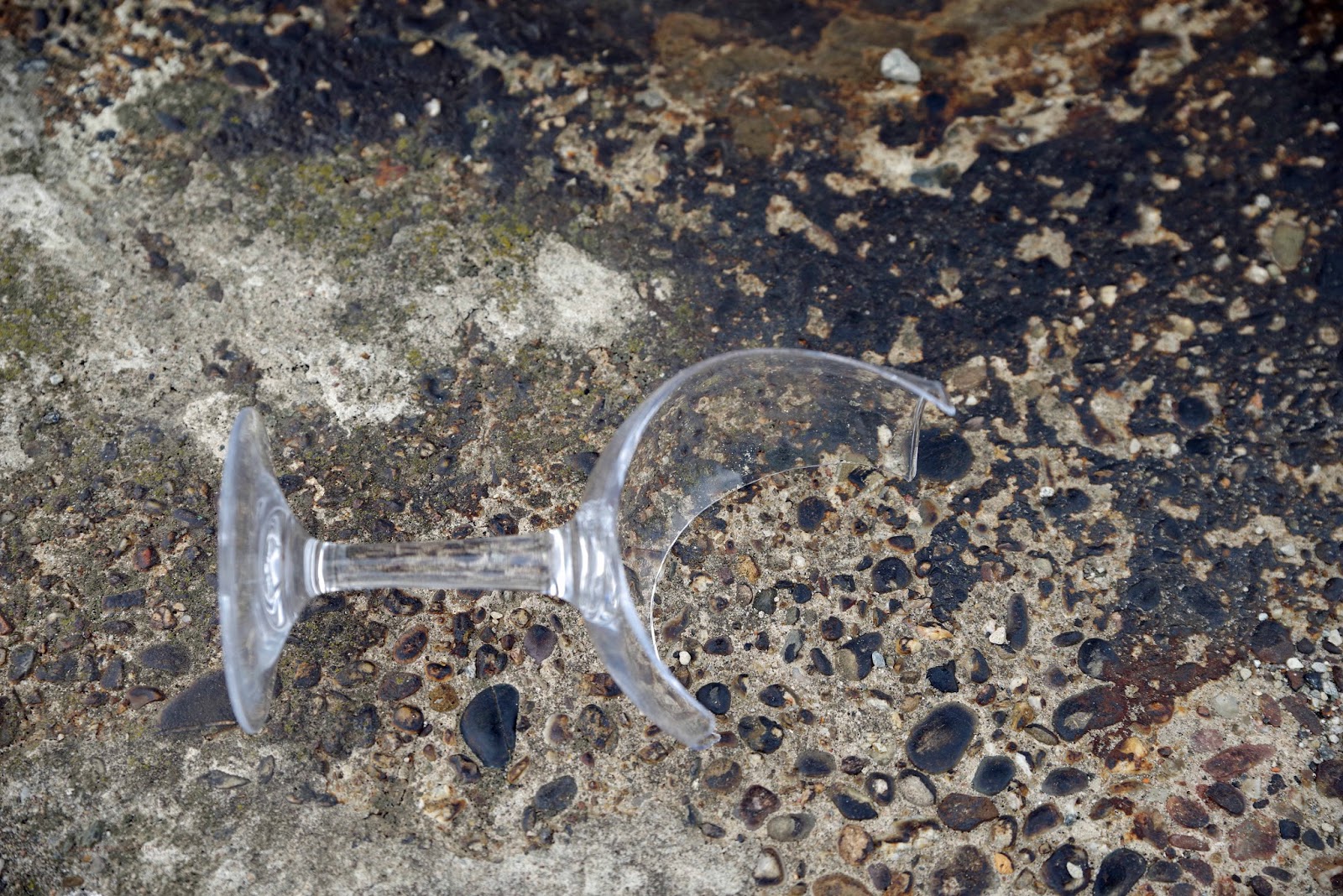 Then the Eurostar back home..... 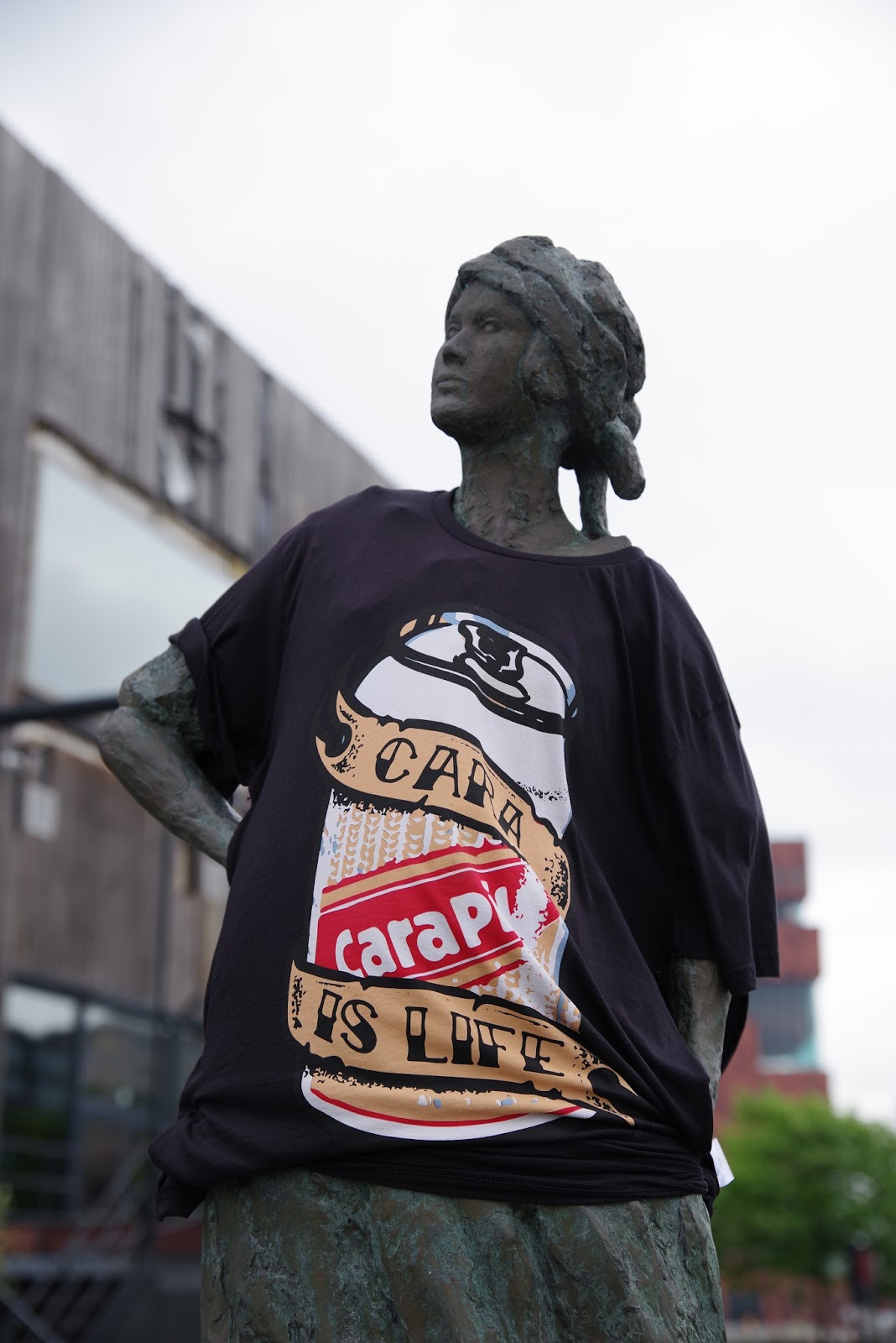