On our way back to , we pay our respects to three great Italians. First we stop at the house where Michelangelo Buonarroti was born.

This is a robust building within the walls of a small castle atop the , pretty much in the middle of Tuscan nowhere.  Michelangelo’s father had recently been appointed the Podestà, or Magistrate, of Caprese when his son was born on March 6th 1475.  It is a quiet place, and visitors are few and far between, but at the least it gives a sense of the natural and remote world where the infant artist may have first been inspired.


Not far away, and almost as remote, though in this case with bus parks and places to stay, is La Verna, where St Francis of Assisi received the stigmata (on September 14th 1224) while enduring a forty day fast. 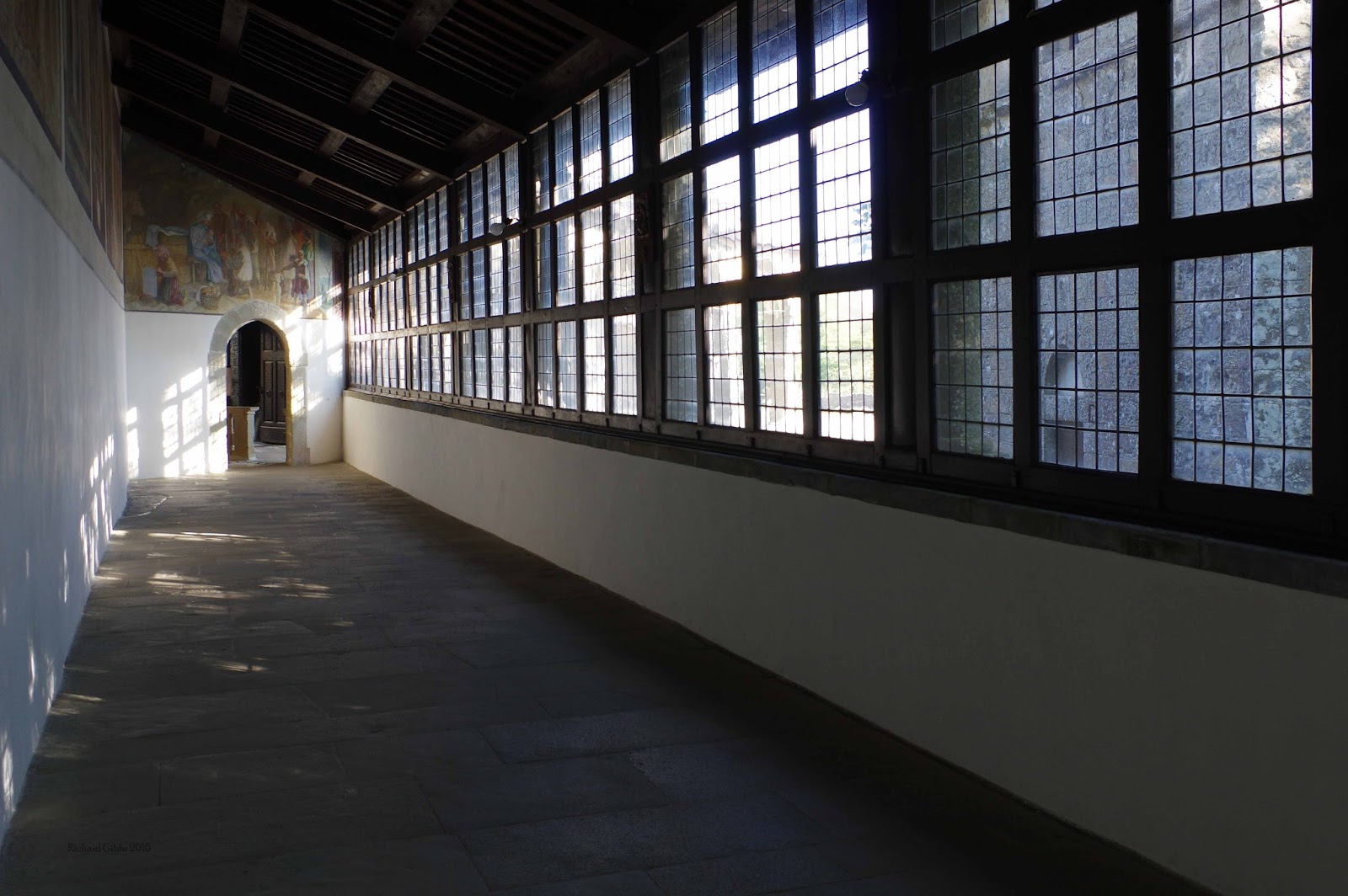 The mountain, which is in the Tuscan Apennines, was gifted to St Francis by a local landowner and became a place of sanctuary for him and his followers.  It is a much visited, and very beautiful, place, surrounded by mature forests of beech and spruce, and with spectacular views to the west and south. 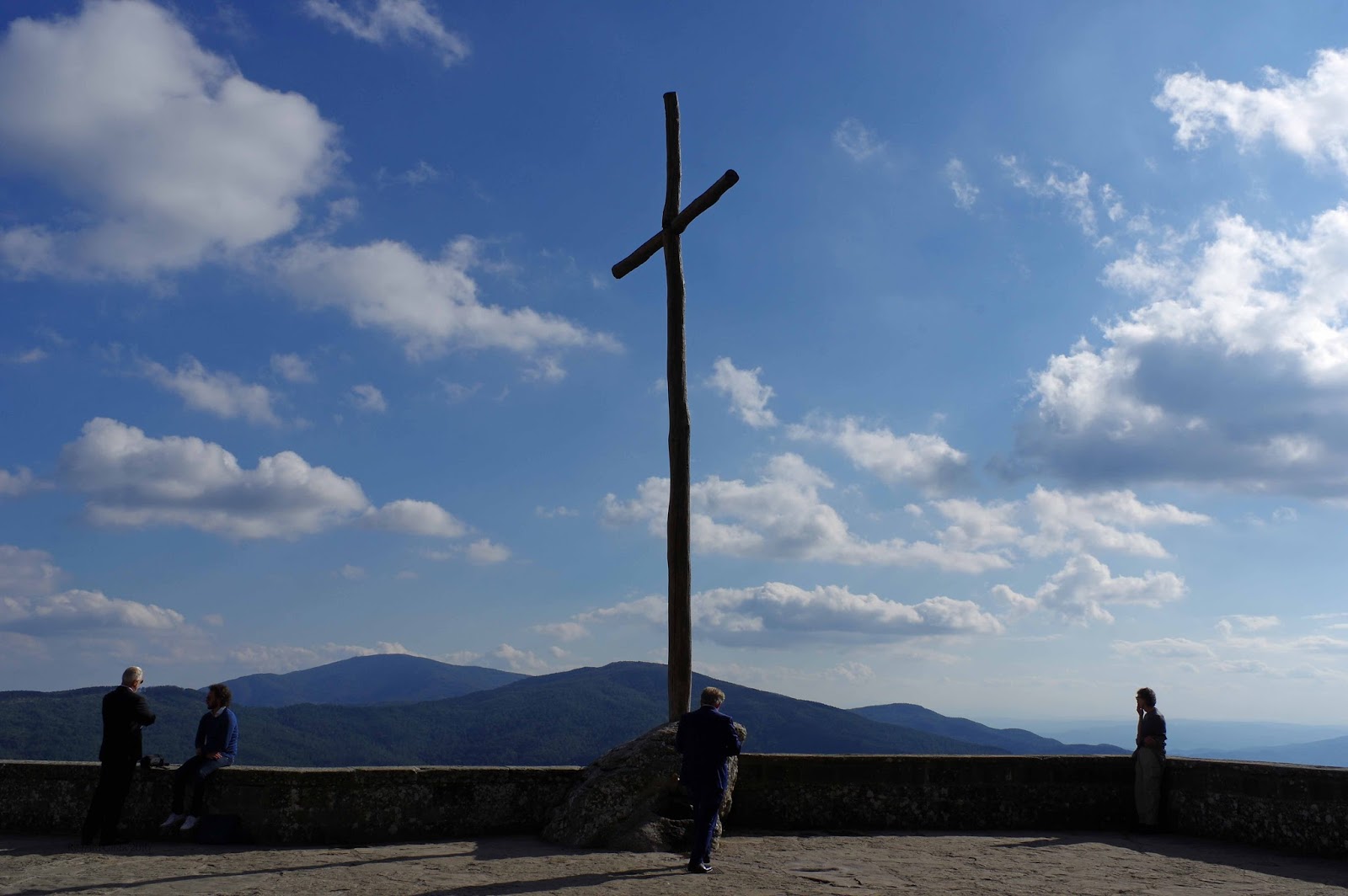 At the end of the first day of our travel north, we rest in Anghiari, a well-preserved walled town, whose great claim to fame is that it gives its name to a lost painting by Leonardo da Vinci, which is said to hide behind other frescoes in the Palazzo Vecchio, in Florence (at the same time that Michelangelo was working there on the opposite wall).  The subject, of course, is the battle, at Anghiari, which took place between the Florentines (who were victorious) and the Milanese on 29th June 1440.  It was a crucial event in the development of the Renaissance, though despite the fact that thousands of men confronted each other for more than four hours, only one soldier died, by falling off his horse. 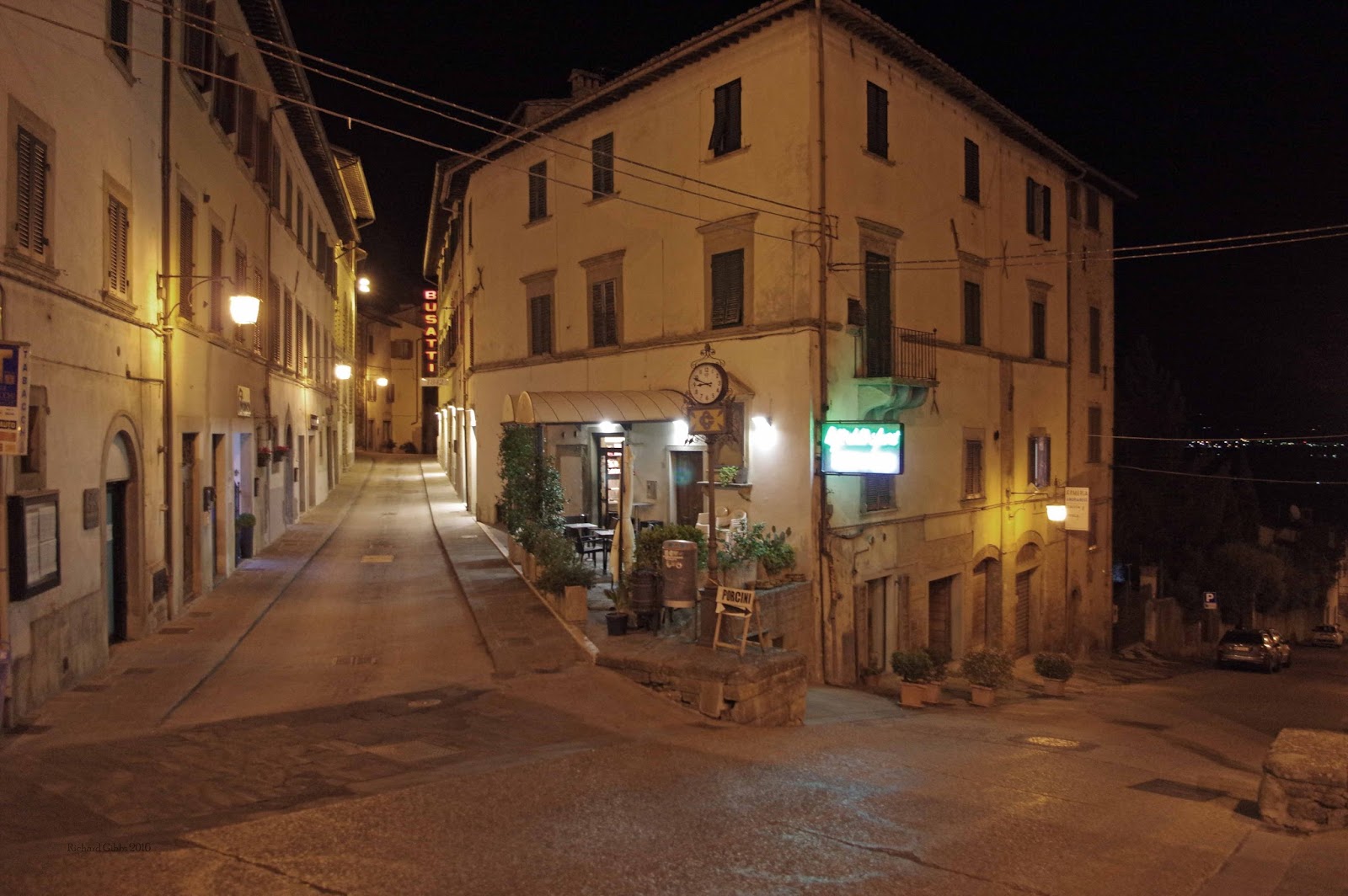 Exhausted by so much culture in one day, we have supper at the Ristorante Nena.  Their website claims that We are fans and holders of the taste, we like genuinity of typical foods, strong taste, but delicate. We put all our experience and care in every single dish, accompanied with a good wine chosen among our wide choice, and they are spot on.  Their ragù is wonderful, and the bistecca di razza chianina superb…. I somehow doubt whether San Francesco would have approved of our indulgence, but have a sneaking suspicion that Michelangelo and Leonardo might have happily joined our table, possibly even forgetting their differences….. 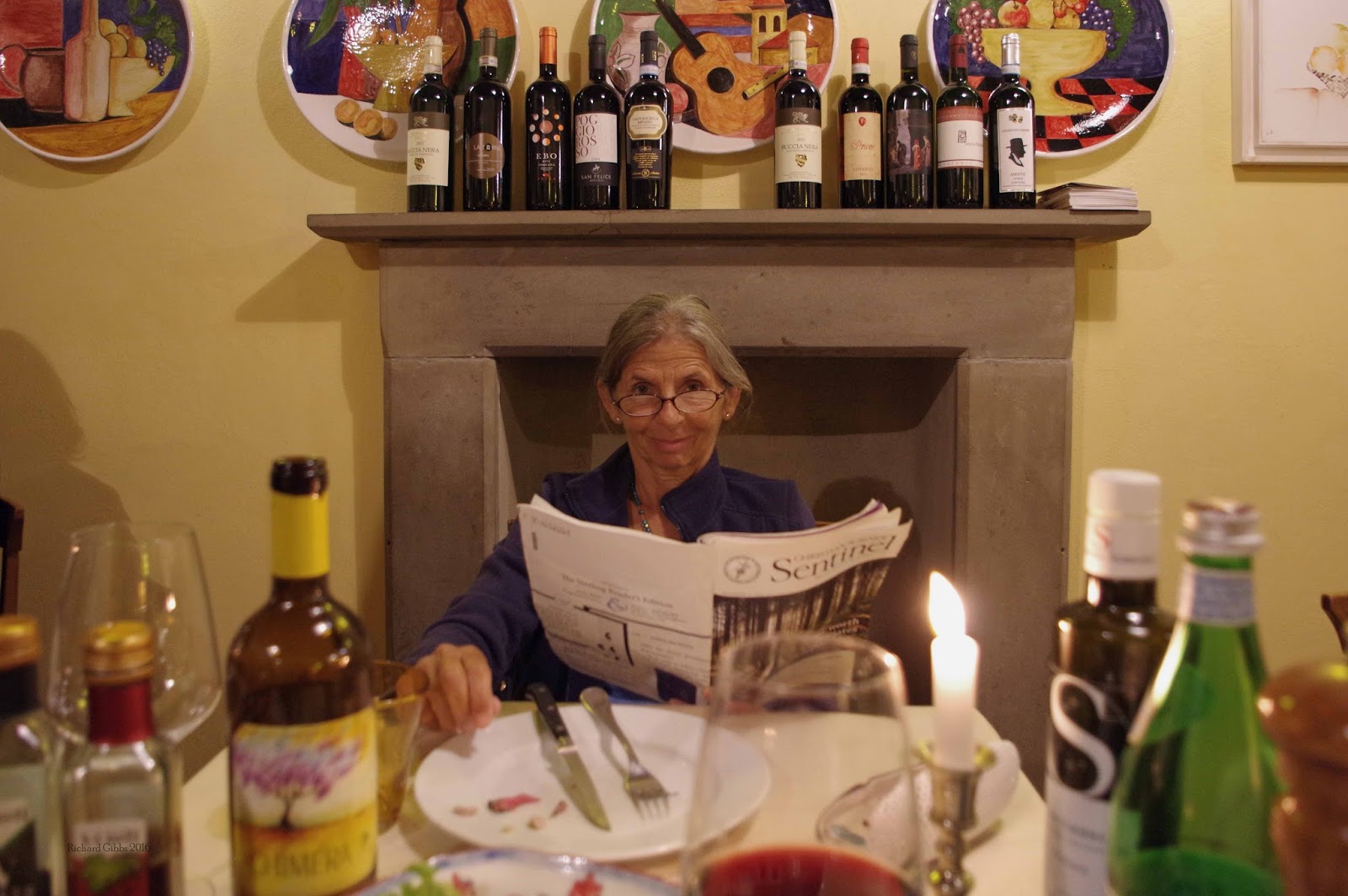 Day two sees us in the Valley of the , where, on October 9th 1813, Giuseppe Verdi first saw the light of day.  His father was an innkeeper, and the simple building they lived in is now a monument to the composer. 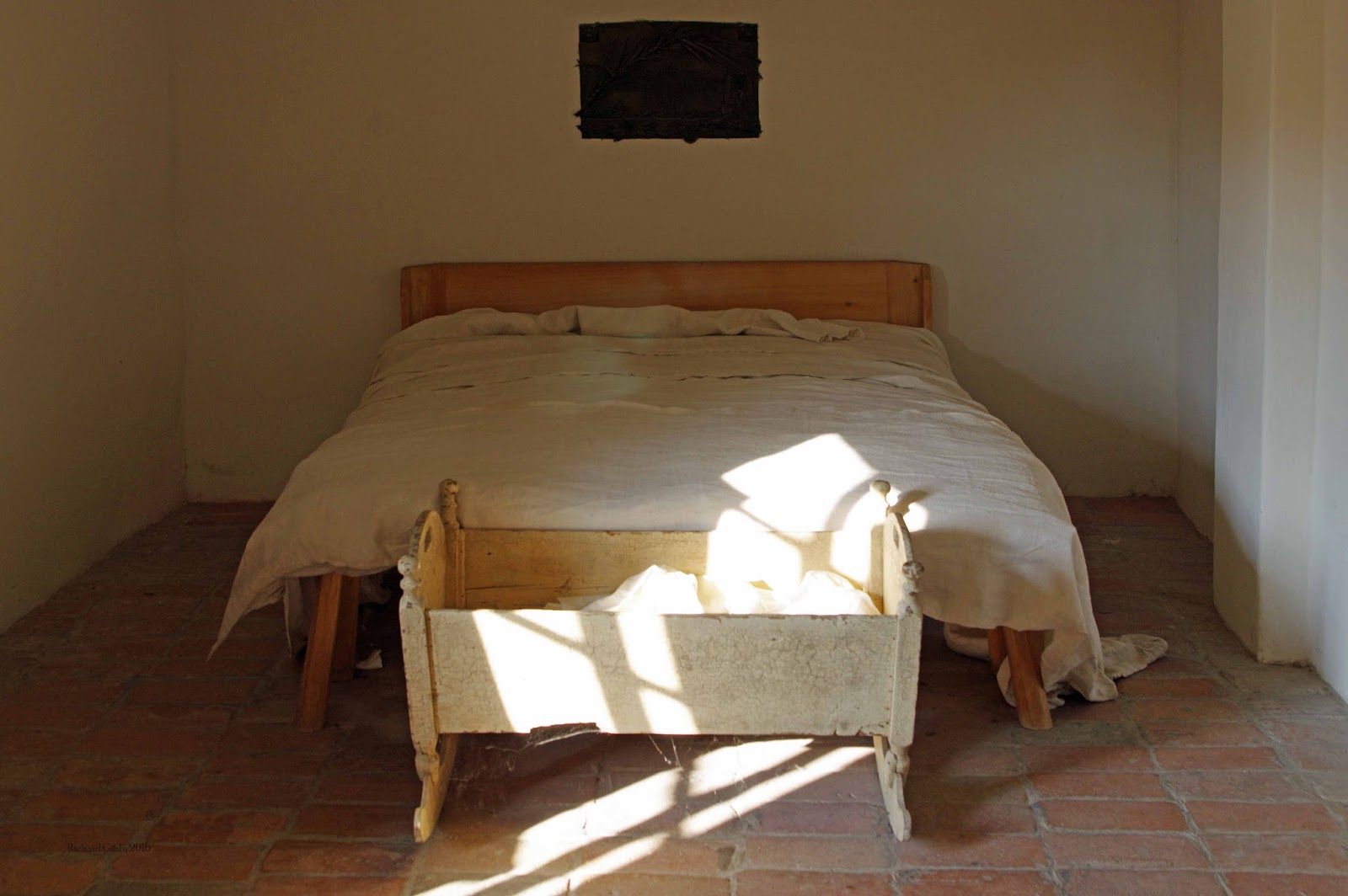 Many years ago we stayed in a lofty hotel in nearby Busseto, where a great statue sits in the arcaded piazza Verdi. The fine old-fashioned Caffé Centrale is still there, not much changed, though as a sign of the times the name on the receipts in Zheng Liangdi…. 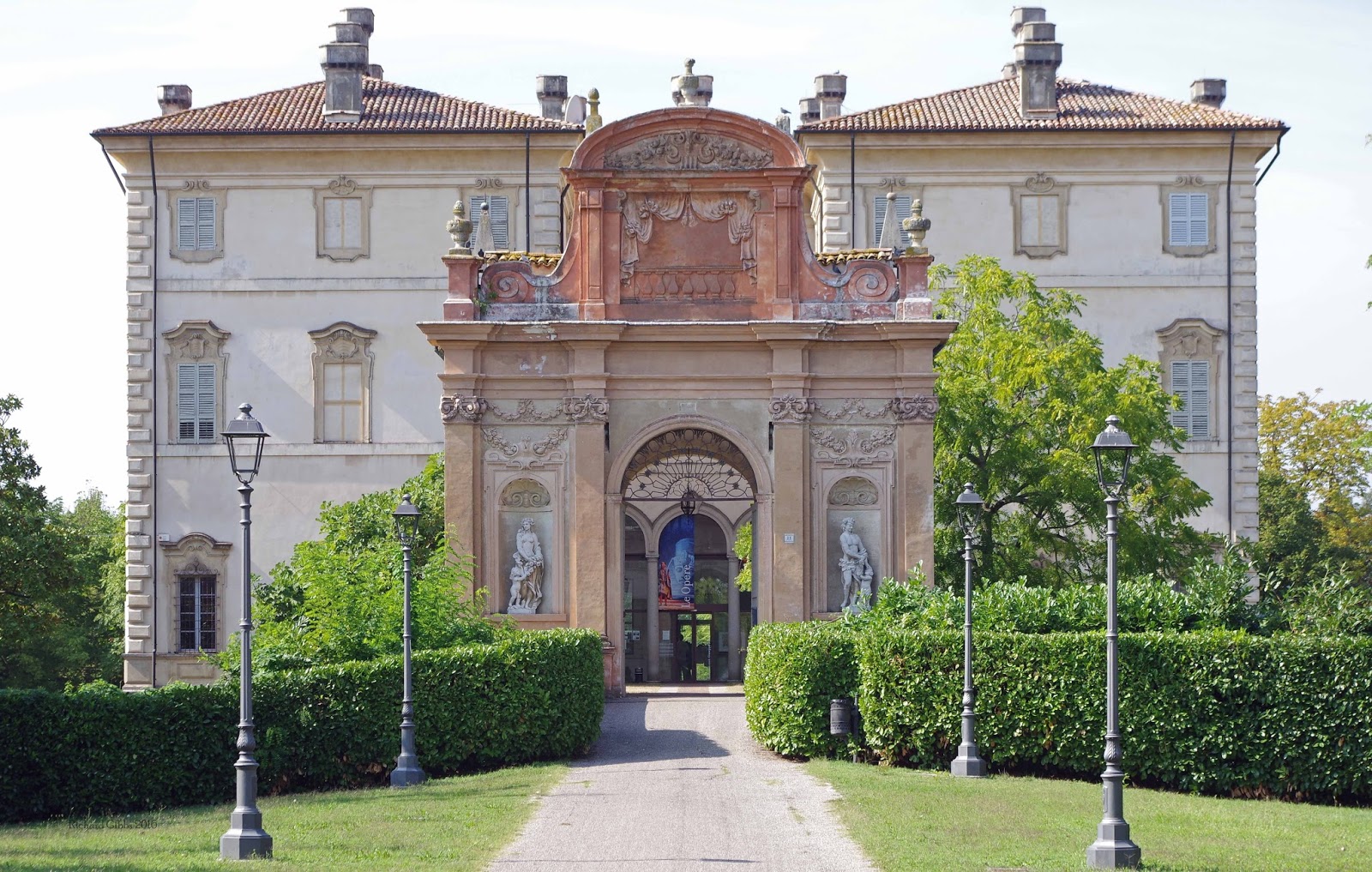 In the nearby sixteenth century Villa Pallavicino the was opened in 2009, purporting to be a celebration of Verdi’s genius.

Extracts from the operas waft around the costumed dummies in theatrically decorated rooms, but somehow the Maestro is missing…. 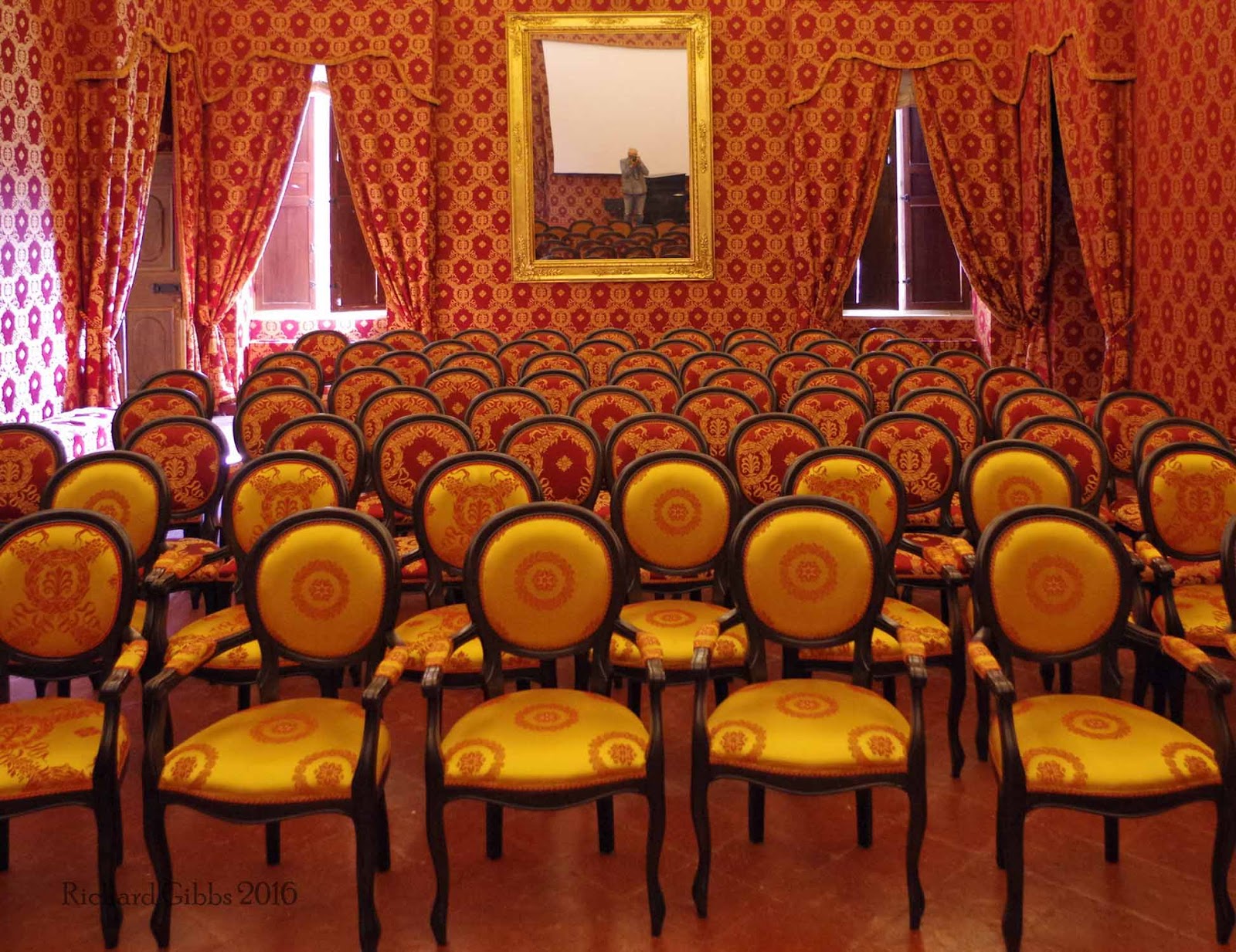 He’s not at his home, either, at his villa at Sant’Agata. 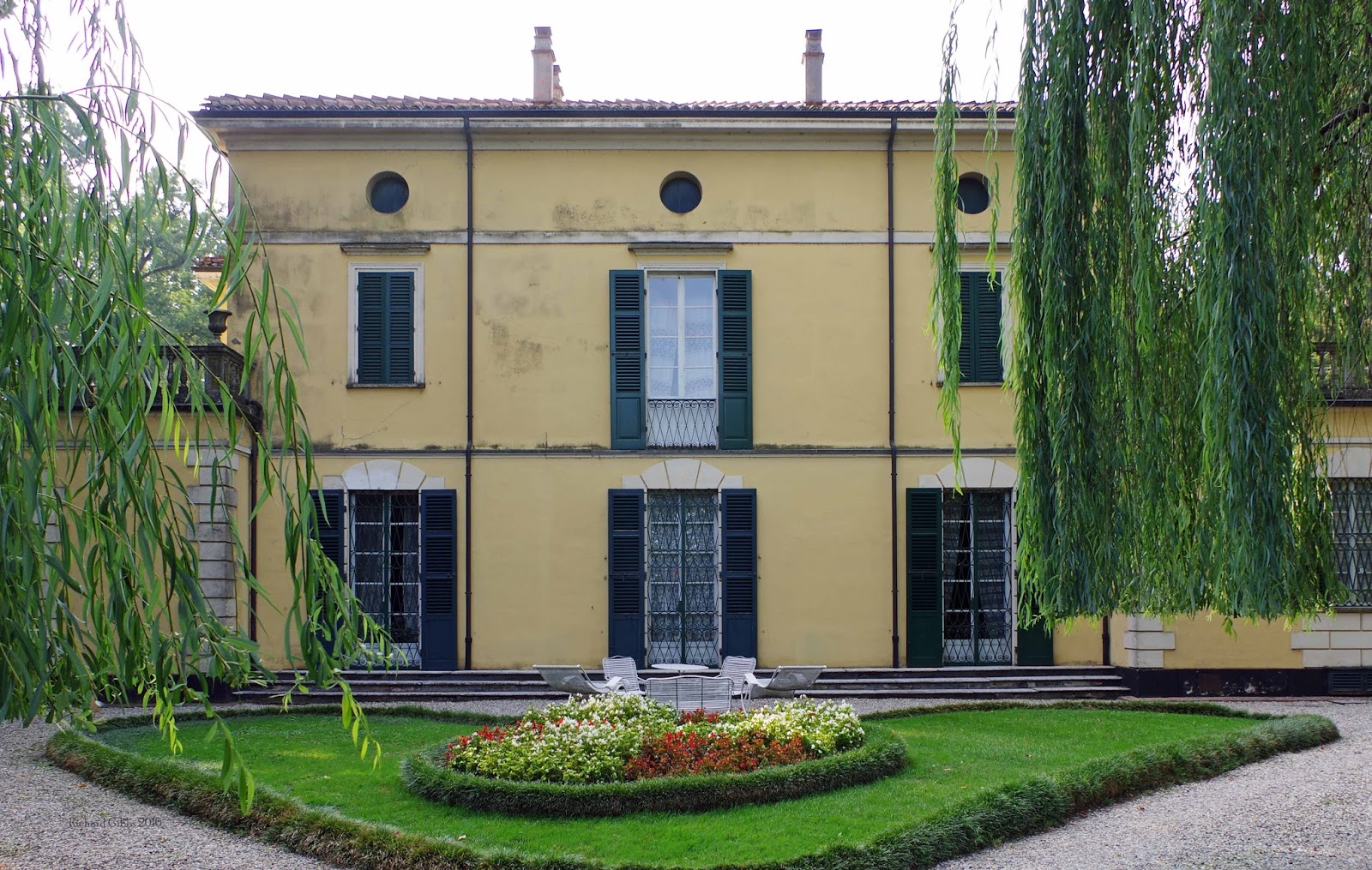 He lived here for fifty years, and instructed in his will that it should remain in the family and be kept unchanged after his death on January 27th 1901.  So, though the cracks are appearing, it is an atmospheric memorial to his private life…. 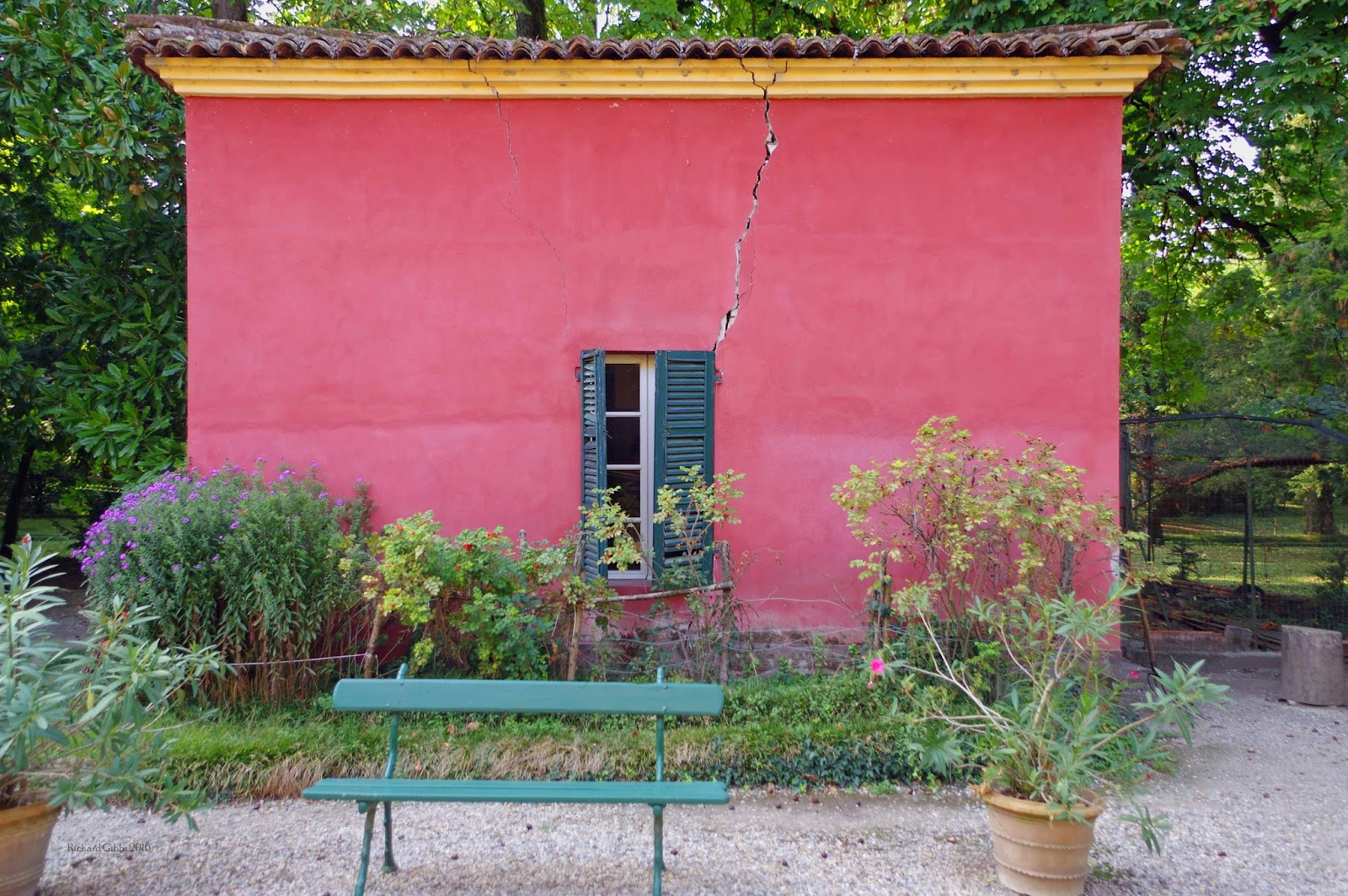 Back in Roncole Verdi, you can see the church where he learned to be a musician from his upstairs window. 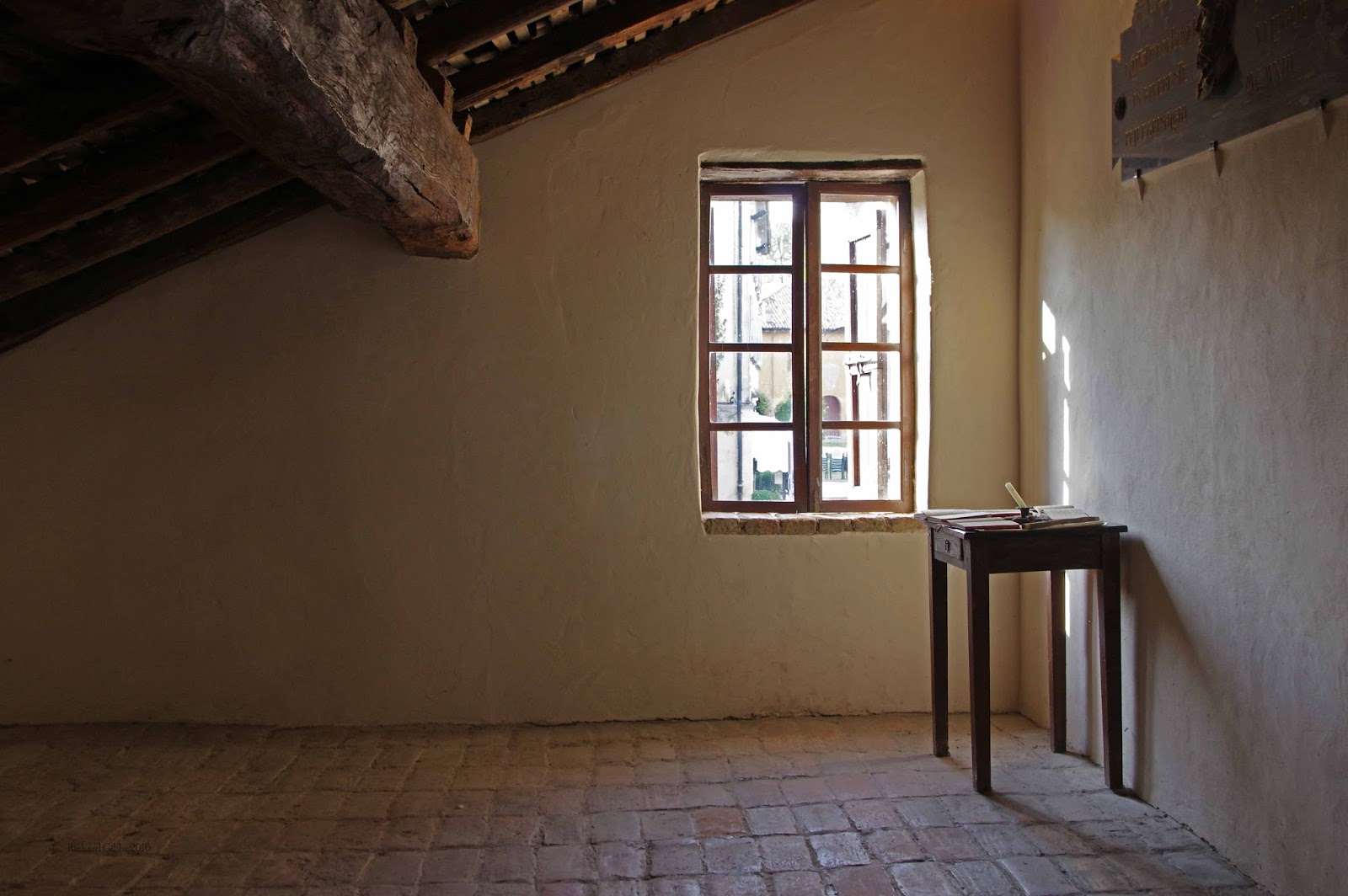 And next door, at the Vecchio Mulino, an old mill also once belonging to the Pallavicini, the Dallatana family now produce Culatello di Zibello D.O.P. one of the delights of yet to be popularised by the mass markets, and they will serve it with delicious local wines…. 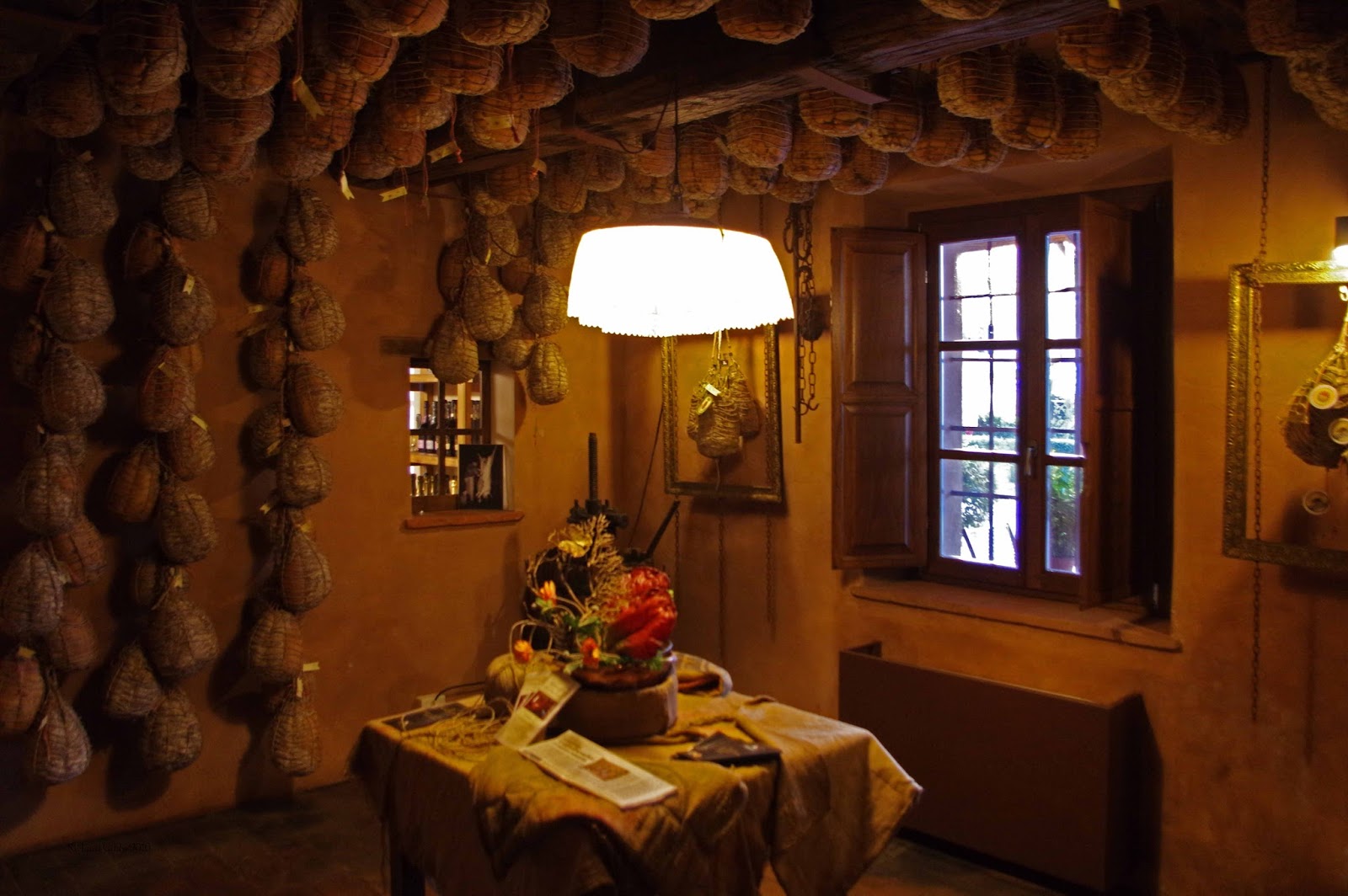 Paul Halsall, of states that The Chorus of the Hebrew Slaves, (Va Pensiero), from Verdi's opera Nabucco (1842) attained great political significance. Va Pensiero became the Italians' song of liberation, for, in the oppressed Hebrews, they found a symbol of their own longing for reunification with Lombardy, which was occupied by . The unison chorus (one of the few da capo choruses in all opera) became the underground national hymn. And the composer's name became V.E.R.D.I, a slogan meaning Vittorio Emmanuele Rei d'Italia (Victor Emanuel, King of Italy) - a reference to the sole native dynasty in and the focus of nationalist hopes for unity. 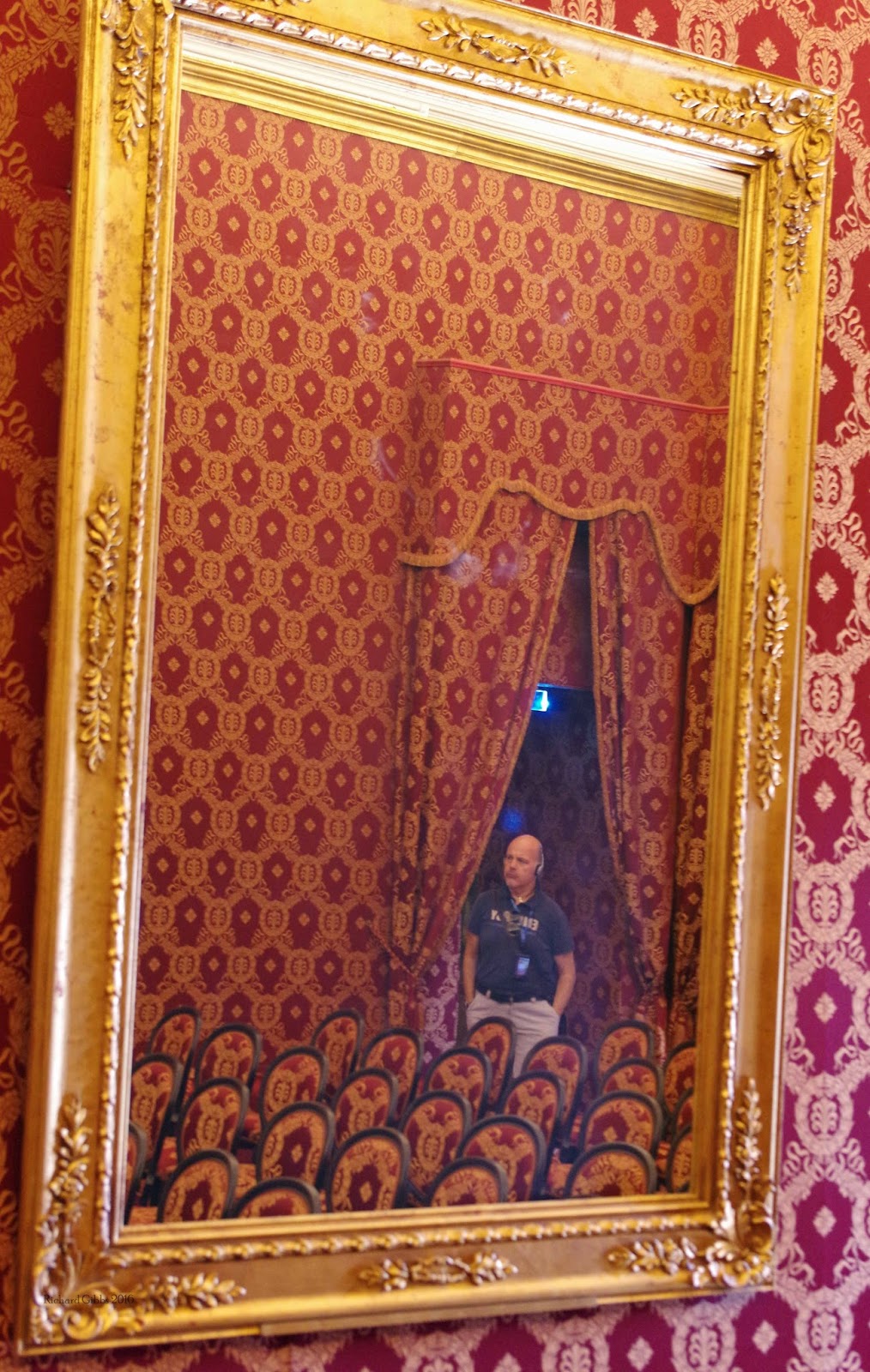 In 1981 the chorus was proposed as a replacement for the Italian National Anthem, though this never came about.  Umberto Bossi’s Lega Nord/Padania, a predecessor of our very own UKIP, however did adopt it in 2009. 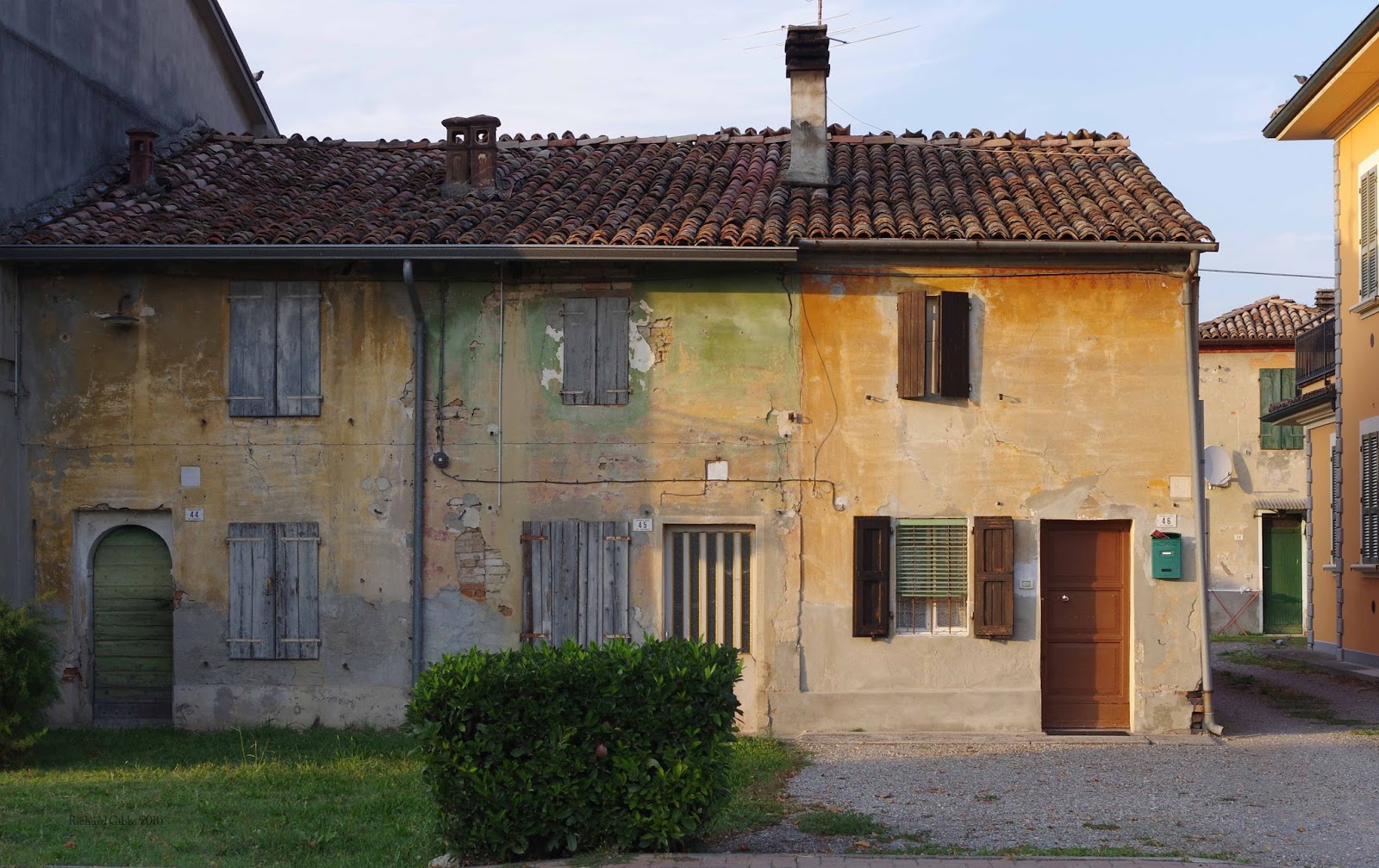 In the context of Brexit, the question of sovereignty and the desire for unification in in 1842 would have been a very different issue from that of in 2016.  Verdi was actually born within the borders of the First French Empire.  In 1814 his mother, Luigia, narrowly escaped, according to a plaque on the church wall, with her son, Beppino, from the invading bloody hordes of Russians and Austrians.  The political map of has been a shifting jigsaw for centuries.  The cry, O, mia patria, sì bella e perduta! (Oh, my country, so beautiful and so lost!) is entirely understandable, both in the historical context, and today, but it does not now dictate dissociation from your neighbours…..  Va, Pensiero.... 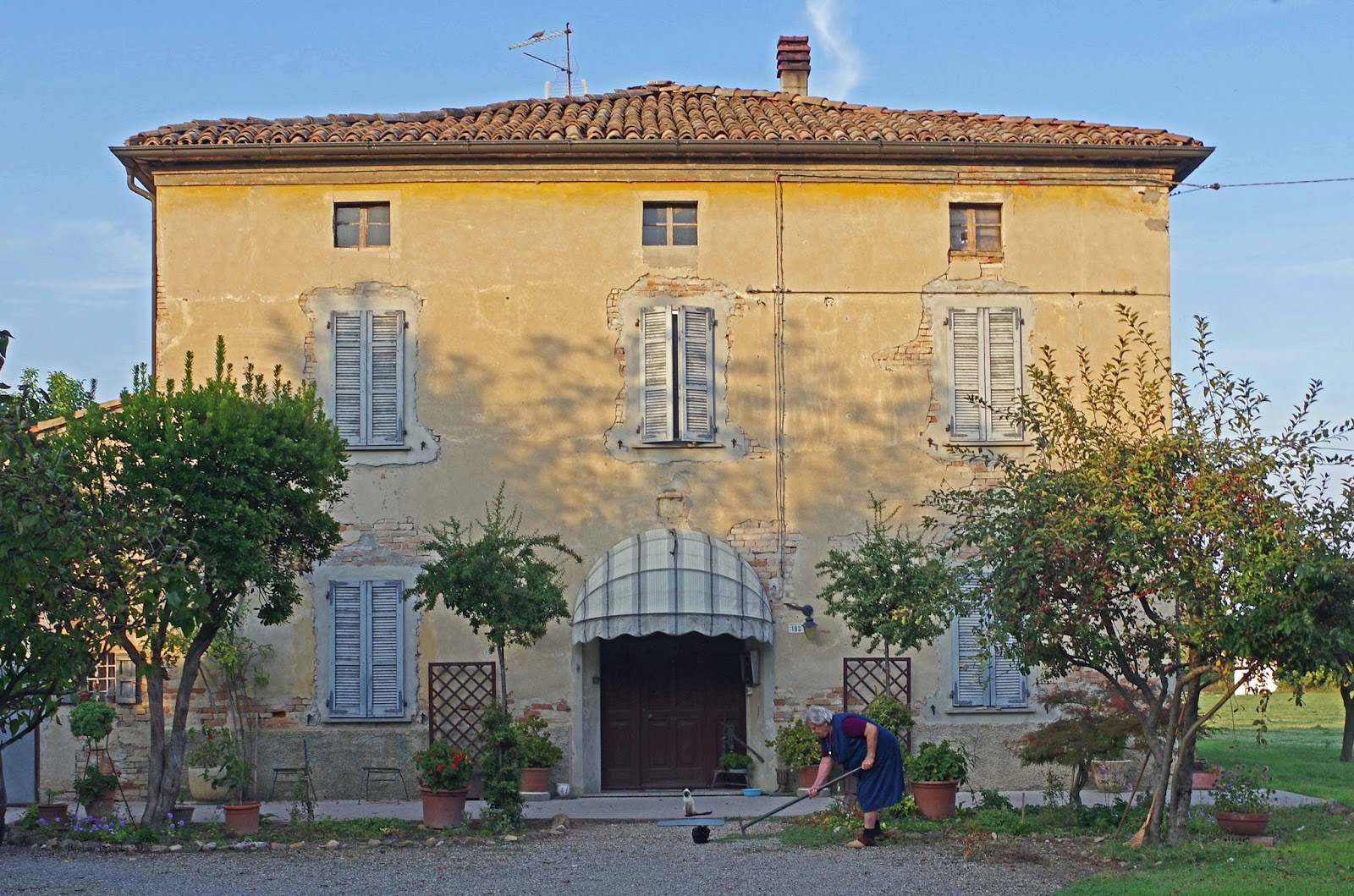 The next day, with mixed feelings, we queue for an hour to drive through the St Gotthard tunnel in , emerging into the fantasy world of William Tell and the canton of Uri.  Legend has it that William Tell confronted the Habsburg tyrant Albrecht Gessler in the square of the town of .  The lime tree under which Walter Tell stood in 1307 with an apple on his head (split by his father’s masterful shot) was felled in 1567.  In 1582 a chapel in Bürglen was dedicated to William Tell.  In 1780 a monument to Tell was erected in .  Following the establishment of the nation state of in 1848 every town wanted a monument to the founding fathers, and in 1860 was presented with its first Tell monument, though the massive statue now in front of the Türmli, created by Richard Kissling at a cost of 142,000 Swiss francs, was not inaugurated until 1895. What none of this admits is that William Tell didn’t exist, and that despite Schiller’s 1804 play, and even John Wilkes Booth’s citing of Tell as an inspiration for his assassination of Abraham Lincoln, the probability is that the legend goes back to Norse mythology….  This doesn’t mean it’s not a great story; but it is a bit like believing that because the New York born Alexander Boris de Pfeffel Johnson says Brexit will give £350 million a week to the NHS, the UK should unilaterally and without further debate invoke Article 50. 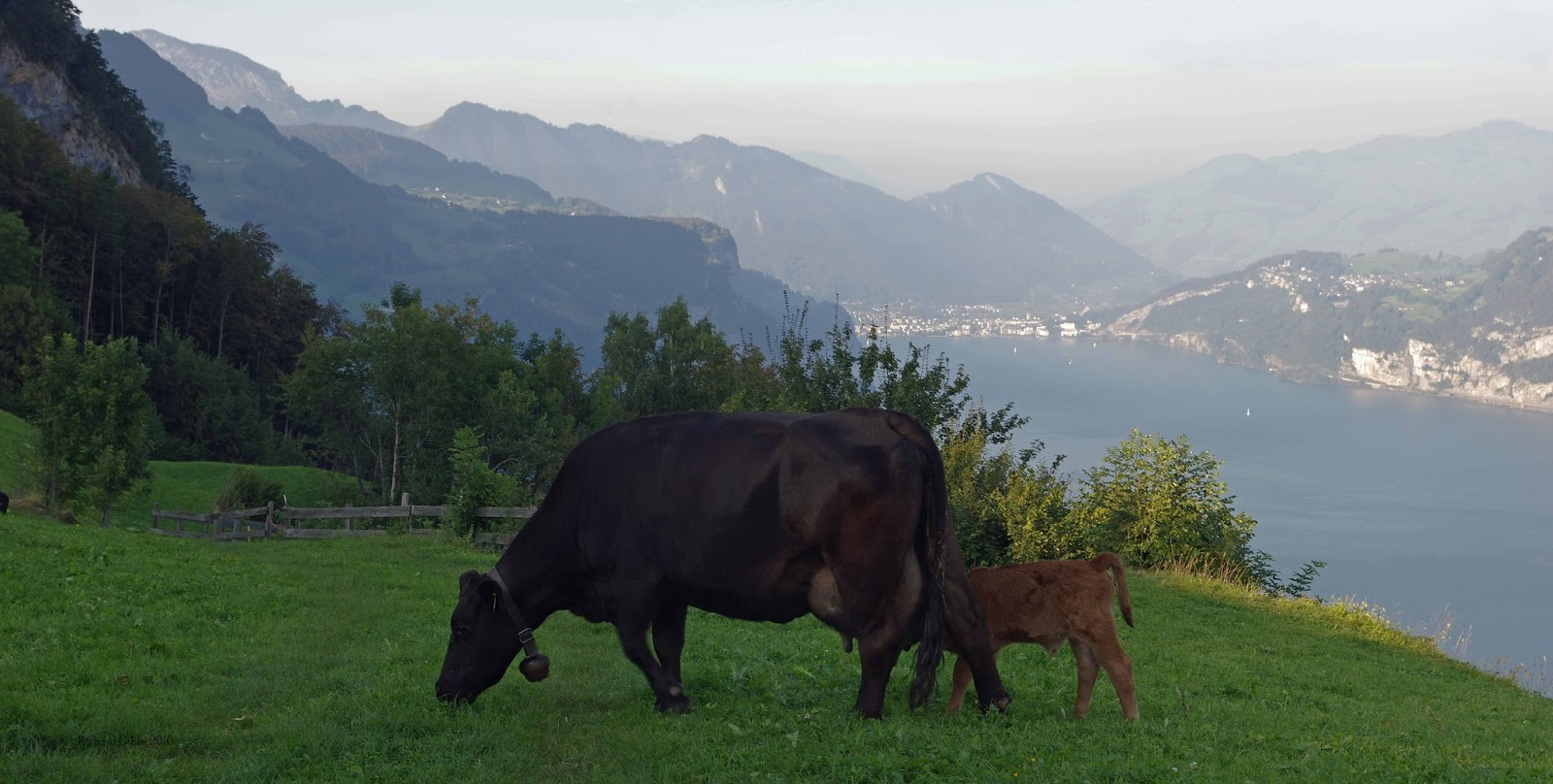 Anyway, after a brief SatNav breakdown, which meant that we drove through a nine kilometre tunnel out of Altdorf twice, we found the tiny, windy and precipitous road up to the village of Isenthal, where we are warmly greeted by Lisbeth, our host, and where we eat deer and drink good wine….. The valley is steep, and green, with the dingling of cow bells in the pastures and children chasing goats down the street. 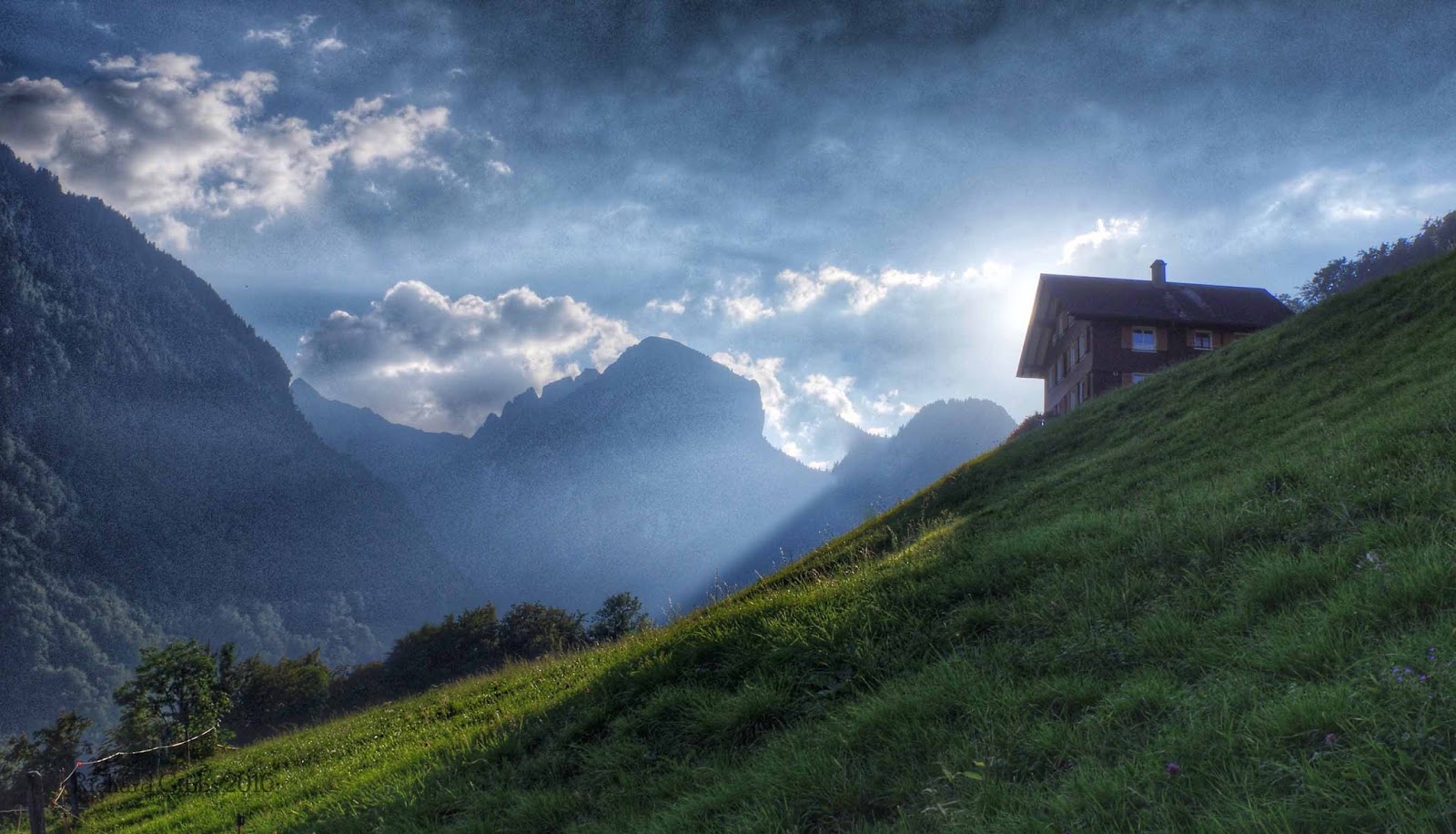 We walk to look down on Lake Lucerne and , and relax as the sun declines behind the mountains.

The rest of our journey back to Brexitland is fundamentally anticlimactic.  We stop the next night in Landgasthaus Wintringer Hof in , , where we are treated very well by Vito, who is from ….

We visit , which Diocletian made the capital of the West-Roman Empire.  The impressive Porta Nigra 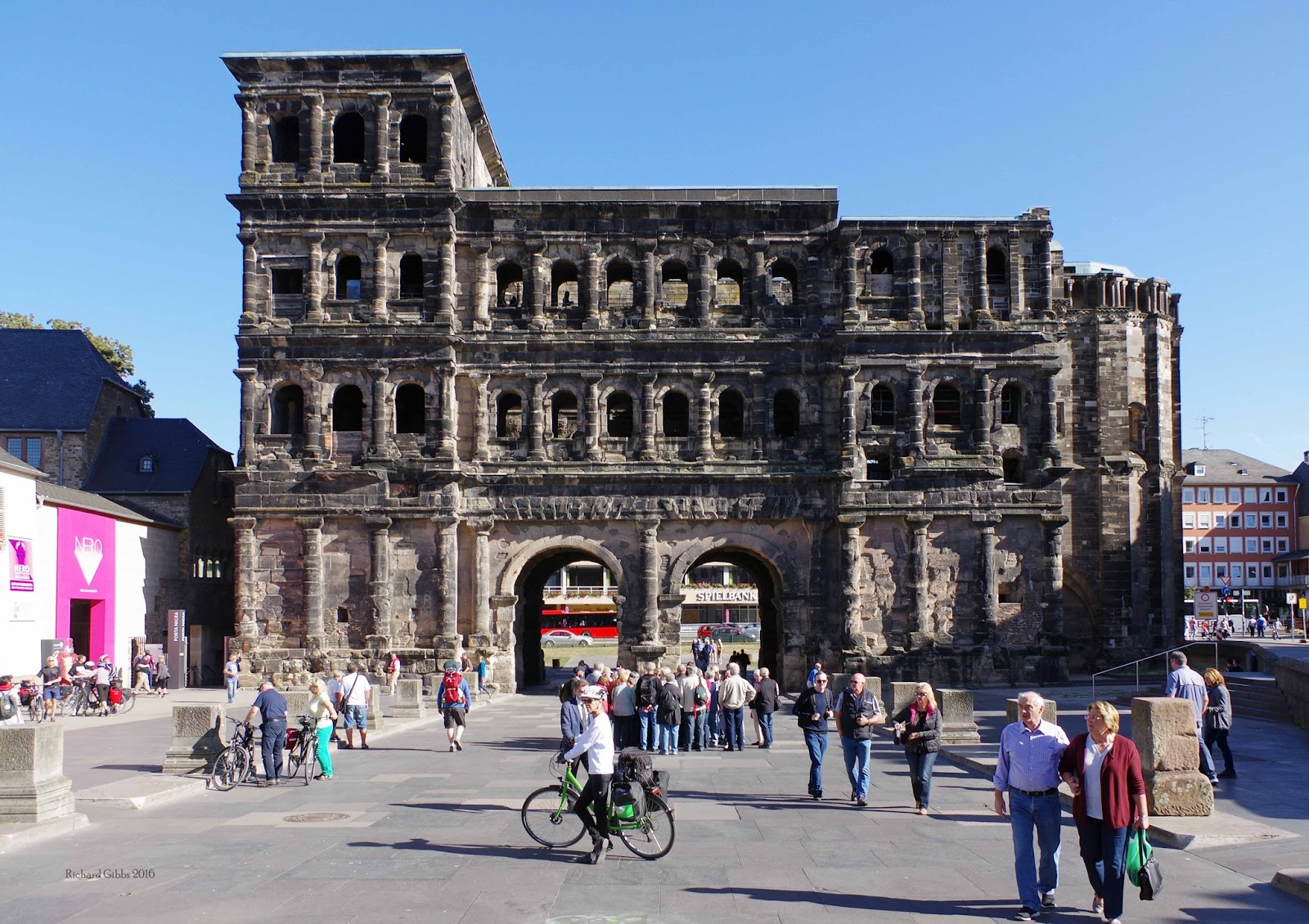 is awash with grey tourists, but the 4th century Aula Palatina, once the Basilica of Constantine, and now the protestant Church of the Redeemer, is virtually empty, its brick walls towering 33 metres high and 67 metres long….. 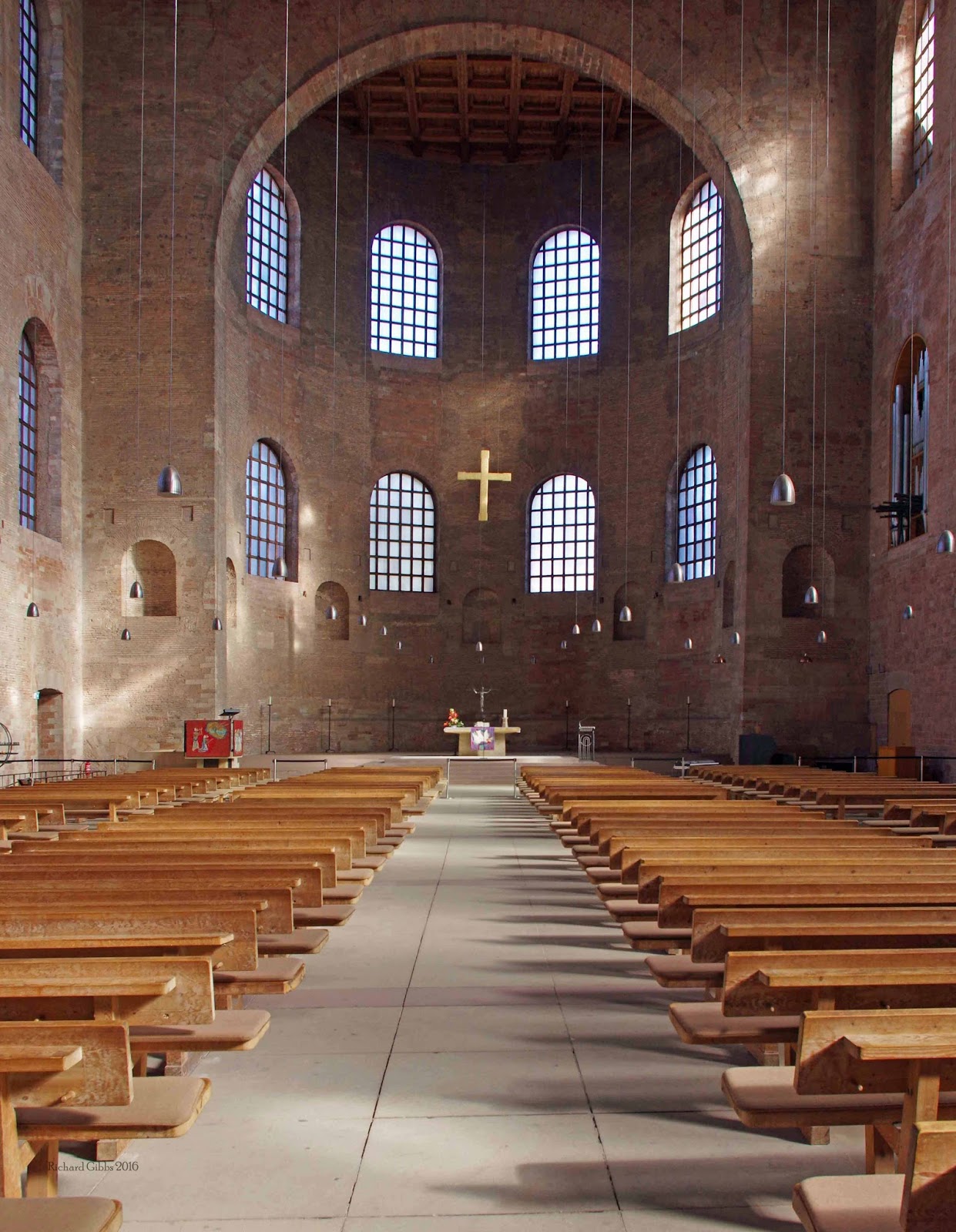 Trier was also the birthplace of Karl Marx, and that house is a museum. By the front door the opening times are inscribed on a brass plate in German, English... and Chinese. 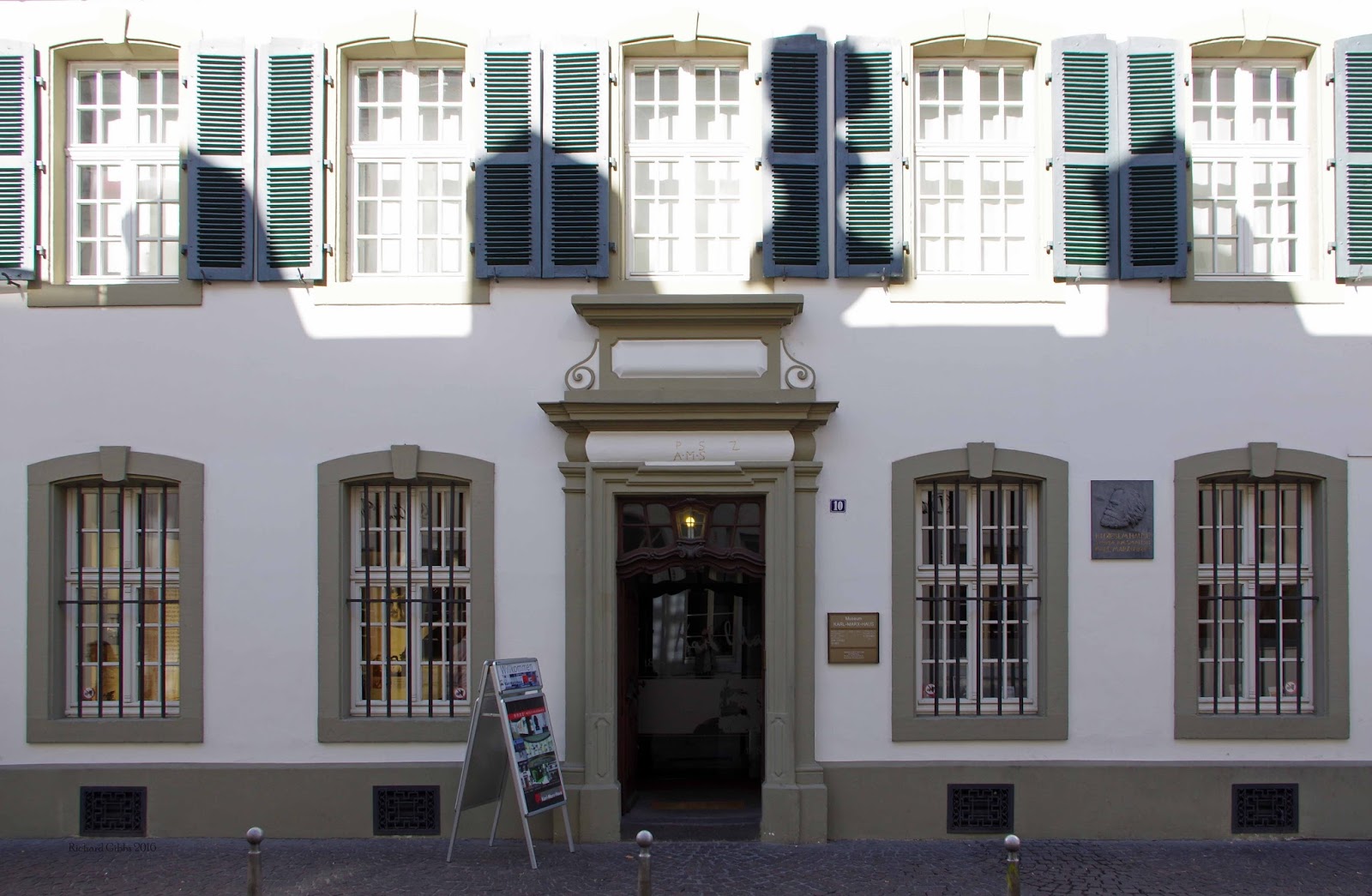 We sleep in a grand house by the Meuse, near , in , but the air is damp and local roadworks impossible. 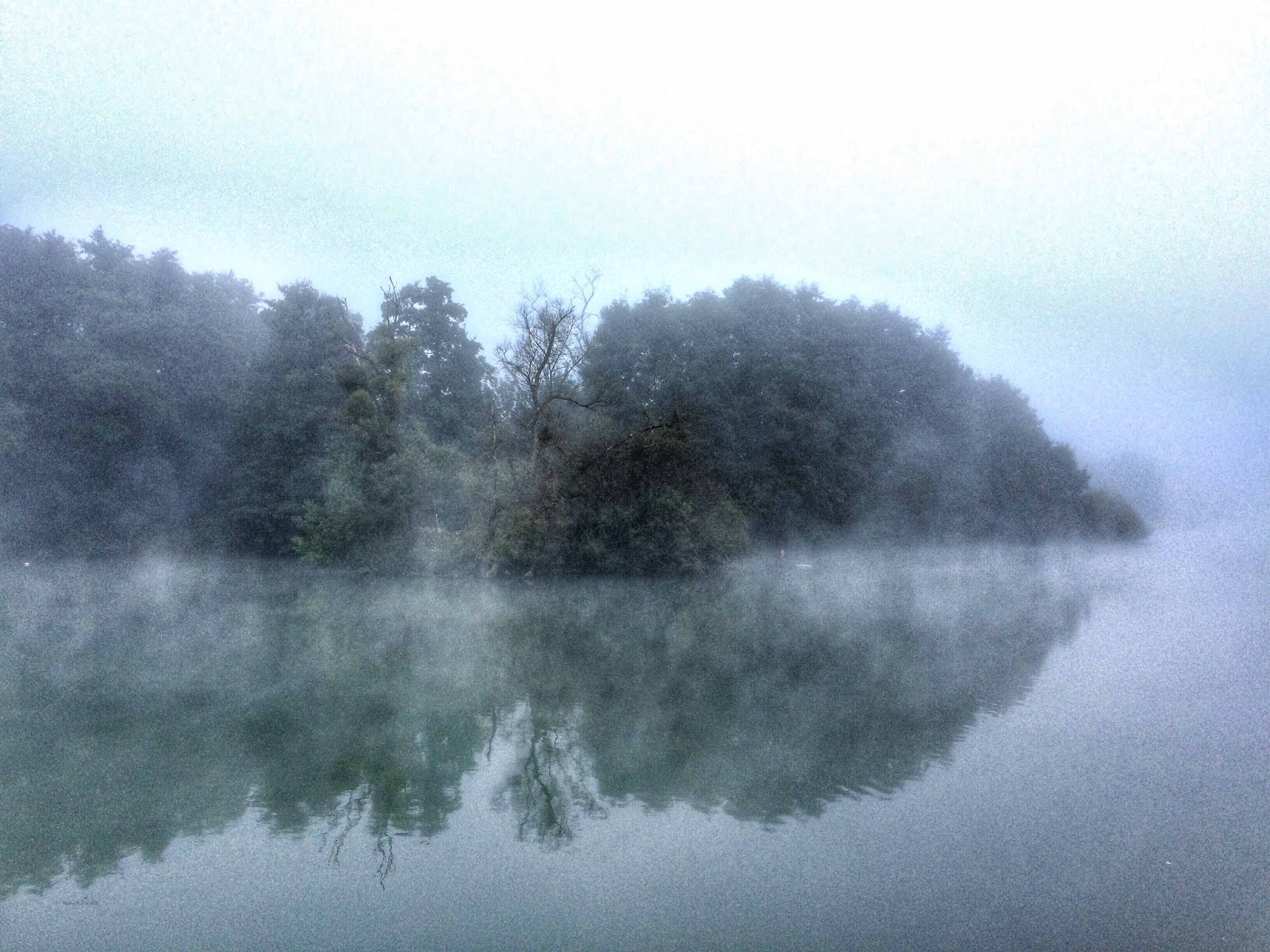 The city of suffered badly in both World Wars.  I regret to say that it doesn’t seem to have recovered….. 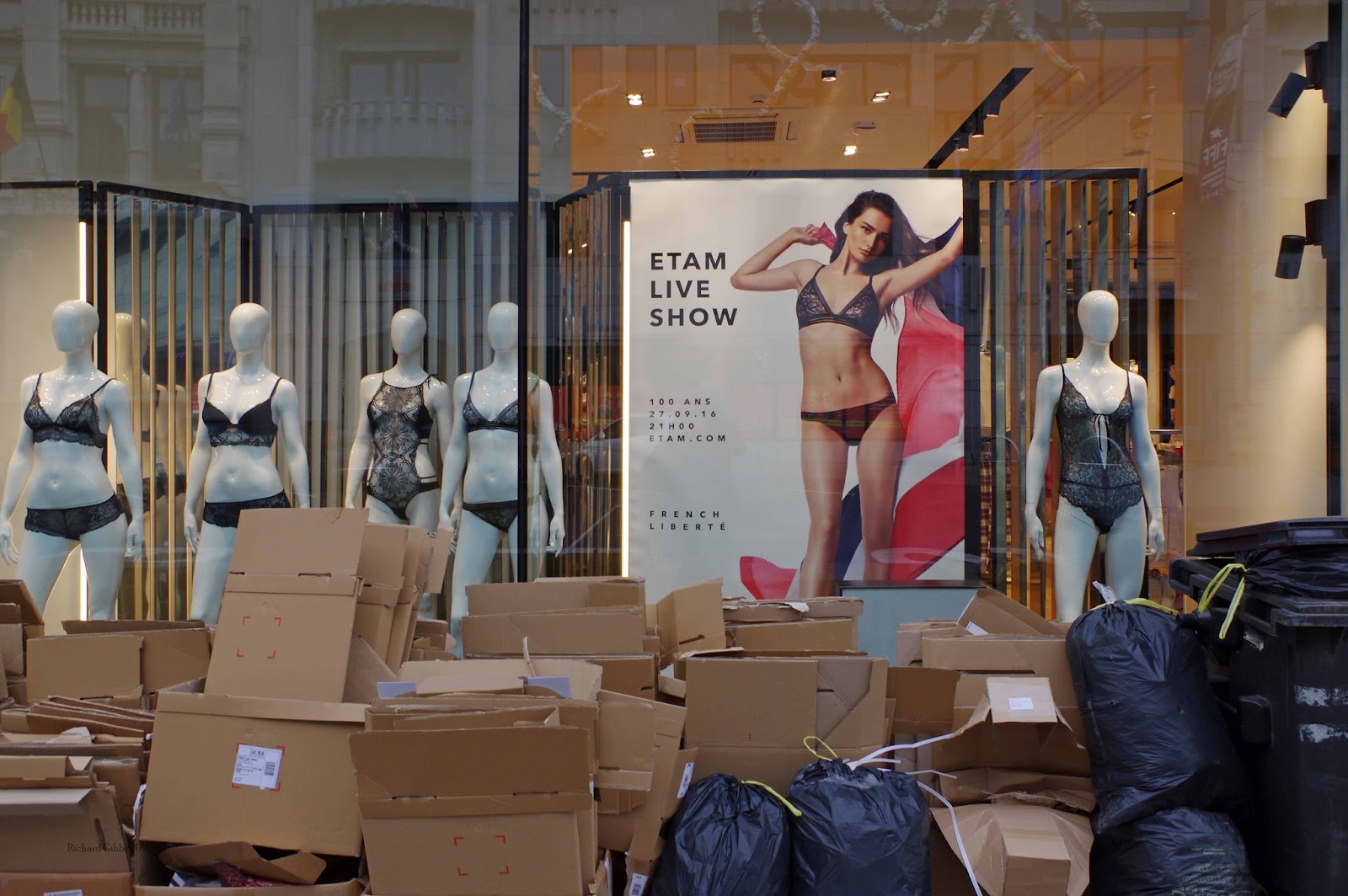 And so, the spring having gone out of our step somewhat, we approach Calais, where there are still thousands of migrants desperate to reach the UK, and we steam, guiltily, across the channel to that symbol of Brexitness, the White Cliffs of Dover, which gleam at us like some thin-lipped snarl.

I’ve driven three thousand miles through seven countries, feeling the exchange rate slipping away from us, but encountering generous, welcoming people everywhere, though these are people who simply cannot understand this Brexit business.  An element of distrust hangs in the air, perhaps, like the whiff of an illicit cigarette some hours after it has been consumed.  I feel ashamed and slink home, retiring to bed to nurse my still damaged arm (after the fall as described in Part 1), skulking on my selfish island….. 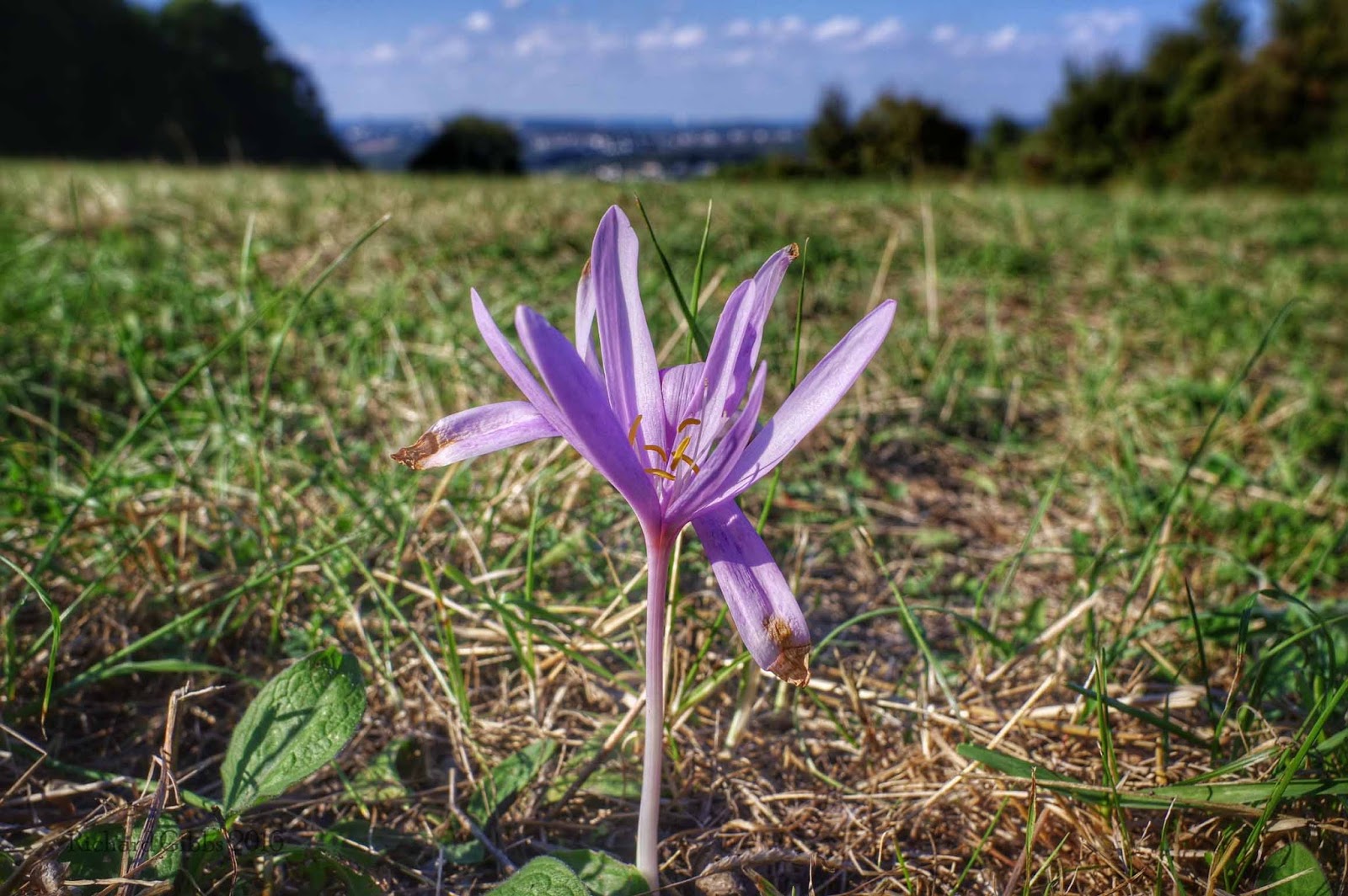 As St Francis wrote in his Letter to all the Faithful:

And let us love our neighbours as ourselves, and, if any one does not wish to love them as himself or cannot, let him at least do them not harm, but let him do good to them….. 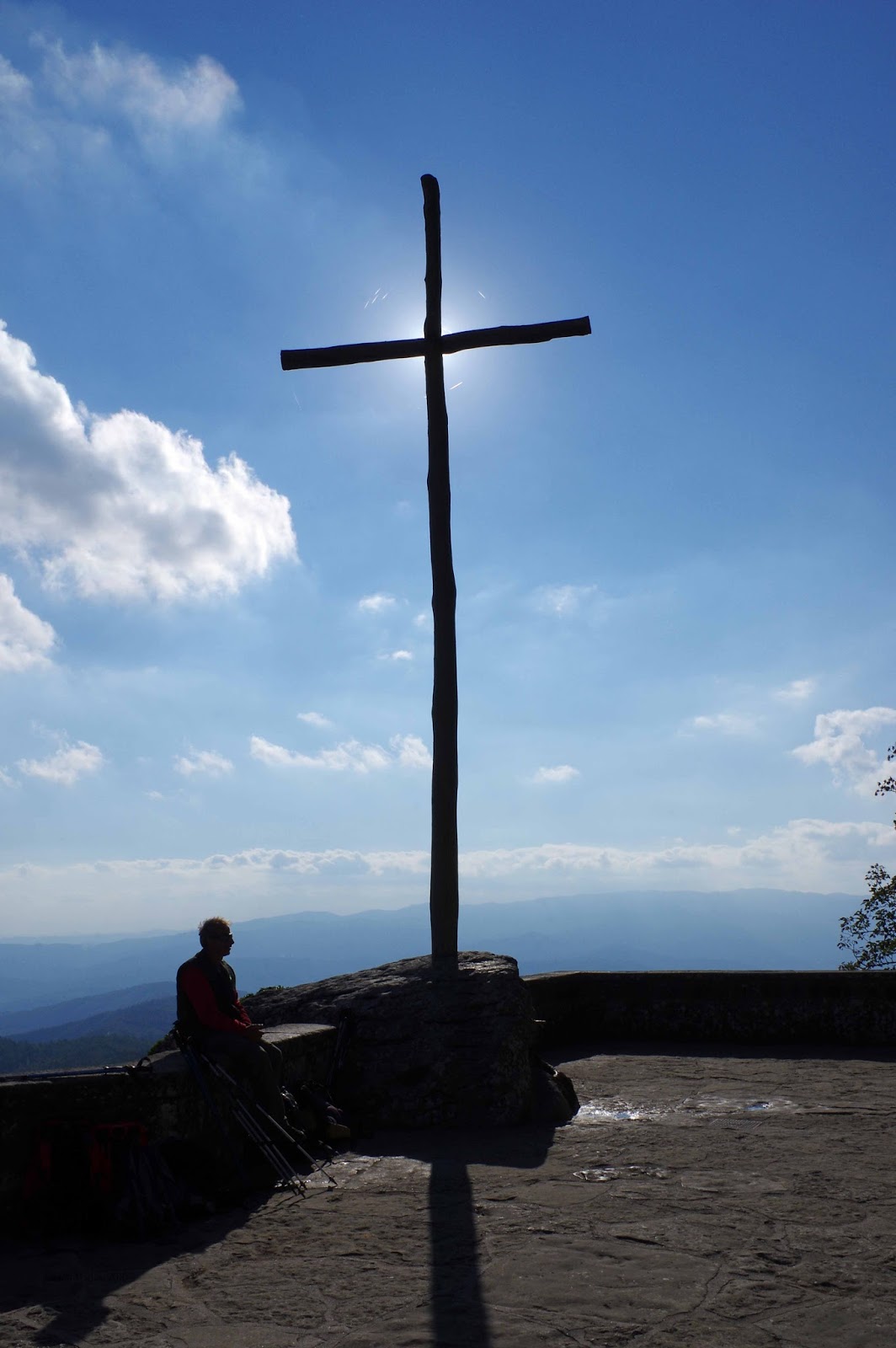 Or, as Giuseppe Verdi put it, in his vigorous chorus:

[though this is much better without translation*.... simply because it sounds so good....] 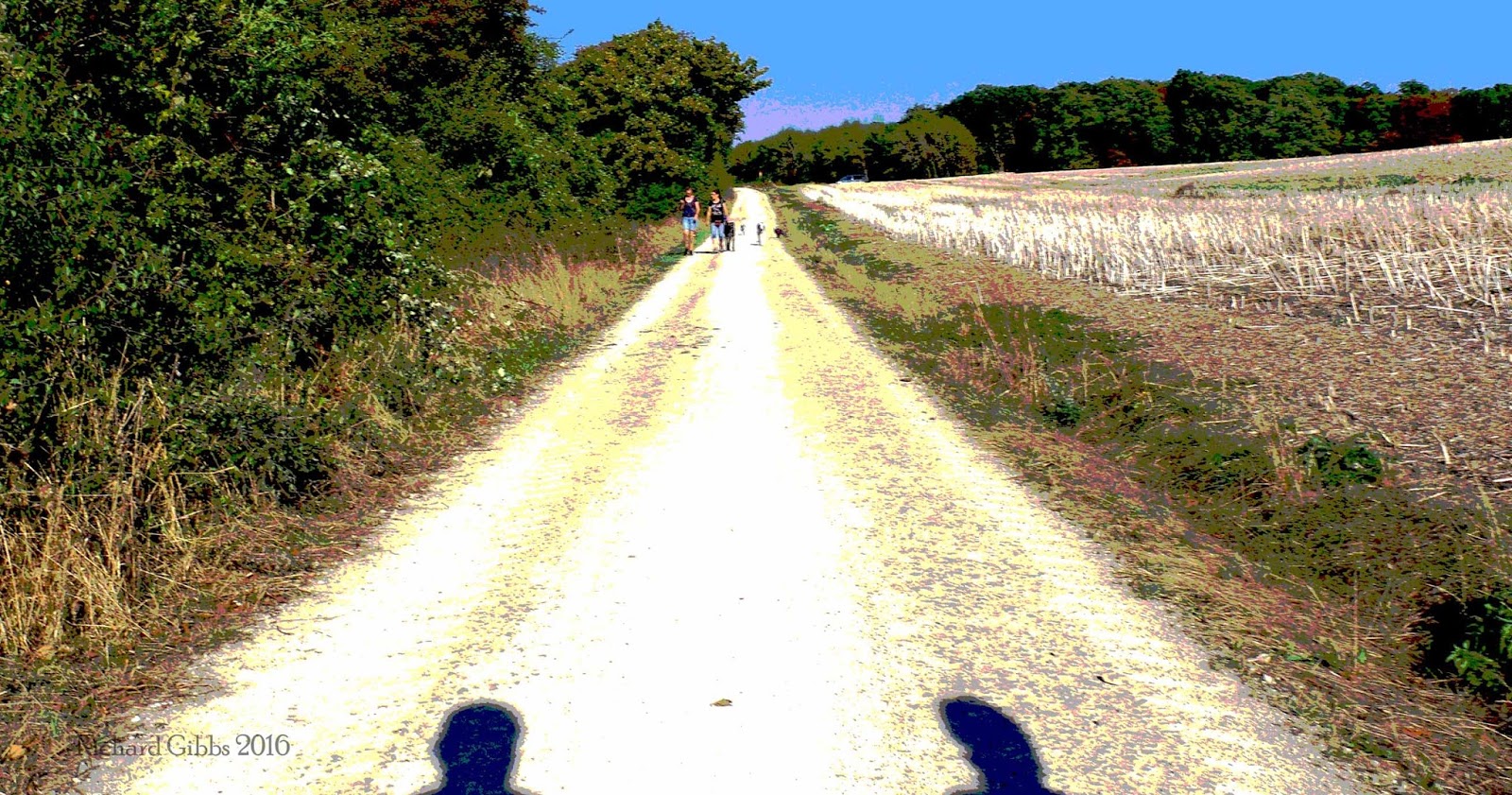 The Narrow Road to the Deep North and Other Travel Sketches 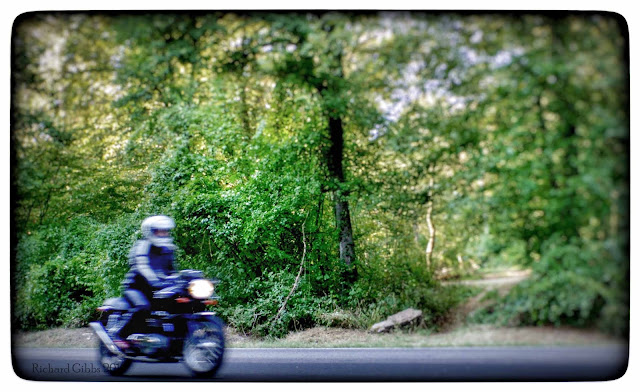 * though a rough translation is:


or permit the Lord to inspire us
to endure our suffering.