I had reasons to visit .  My ‘little’ (ie younger, taller) brother moved to live in over thirty years ago, and I have always meant to visit him.  More recently, our ‘younger’ (ie little) daughter moved there.  These attractions, coupled with rapidly approaching senility and recently acquired freedom from slavery, motivated us to make plans and go.

And look, they put the flags up for us! 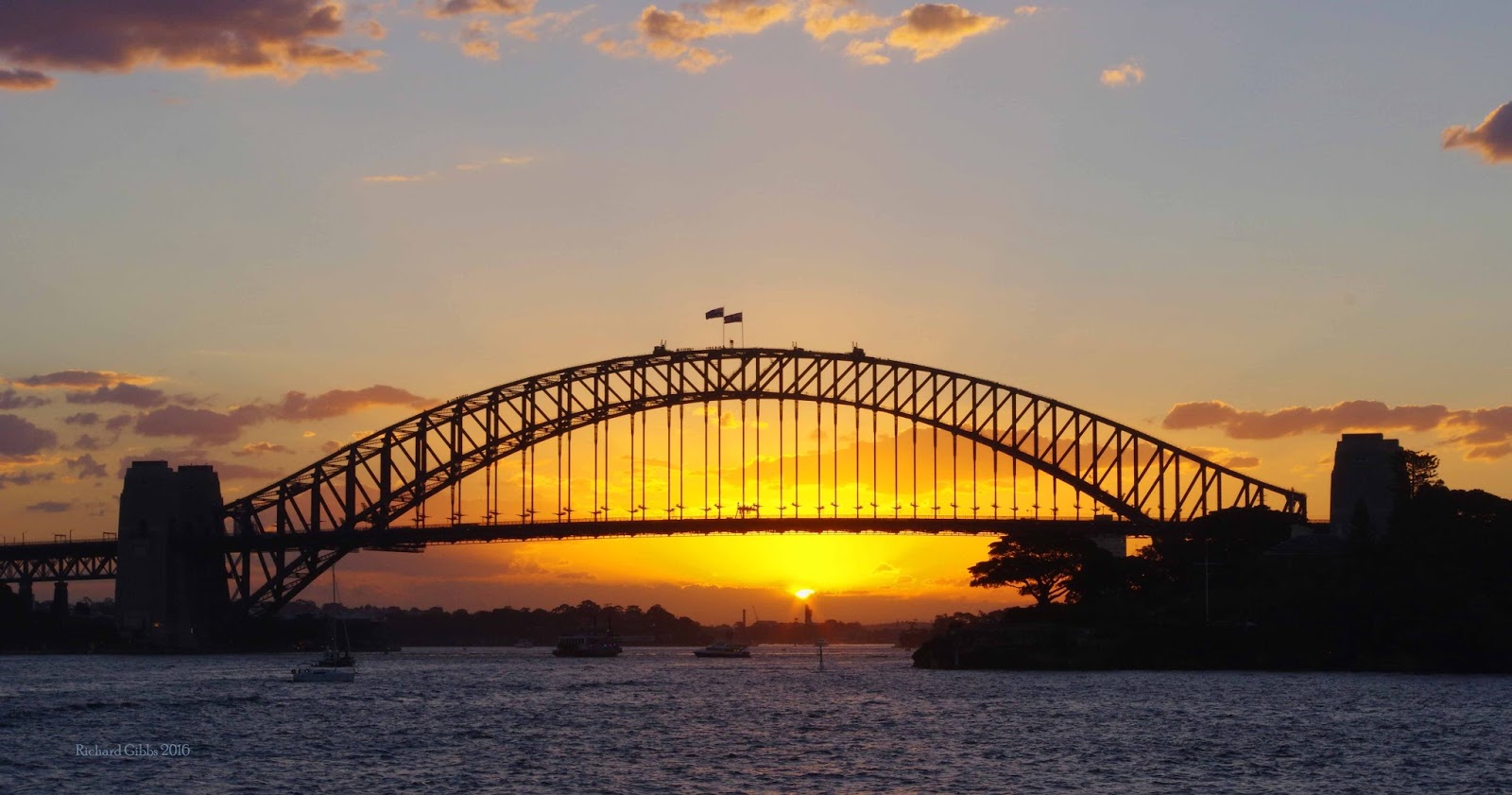 On the way over, during the interminable passage of some 18,000 kms, which does allow time to reflect, I realised I had not really done any homework, and I turned over in my mind what little I knew of the upside-down continent….. 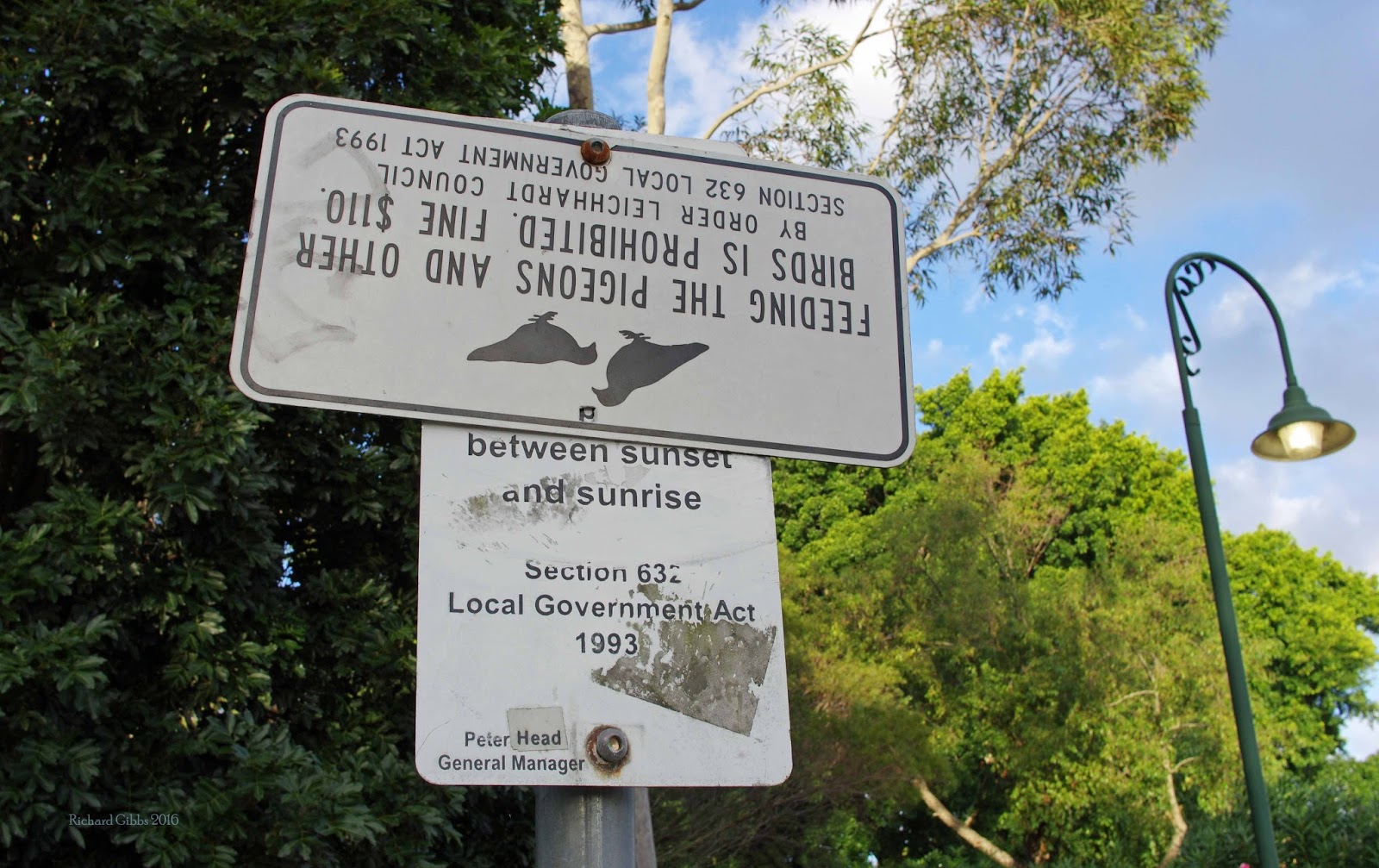 My first encounter must have been on a Mercator map, or a globe.  I suppose I must have heard that Prince Charles did a term at Timbertop in 1966, and that the Queen made an extensive tour in 1970 to celebrate the bicentenary of Lieutenant Cook’s invasion.  I must have learned to recognise kangaroos from an early stage, partly through visits to Whipsnade zoo, and seem to remember there being a stuffed koala in the family at some stage.  Oh, and I remember seeing The Sundowners on a flickery 16mm print at school.  I still remember the bush fires…..

Apart from that, historical and cultural knowledge have I little.  As I struggled to sleep on the ‘plane I played the game of remembering famous Australians (not quite as difficult as famous Belgians….)  The list I finally came up with went like this (the order being a mark of the random nature of my brain):

Despite the statue in Centennial Park, Charles Dickens was not an Australian..... 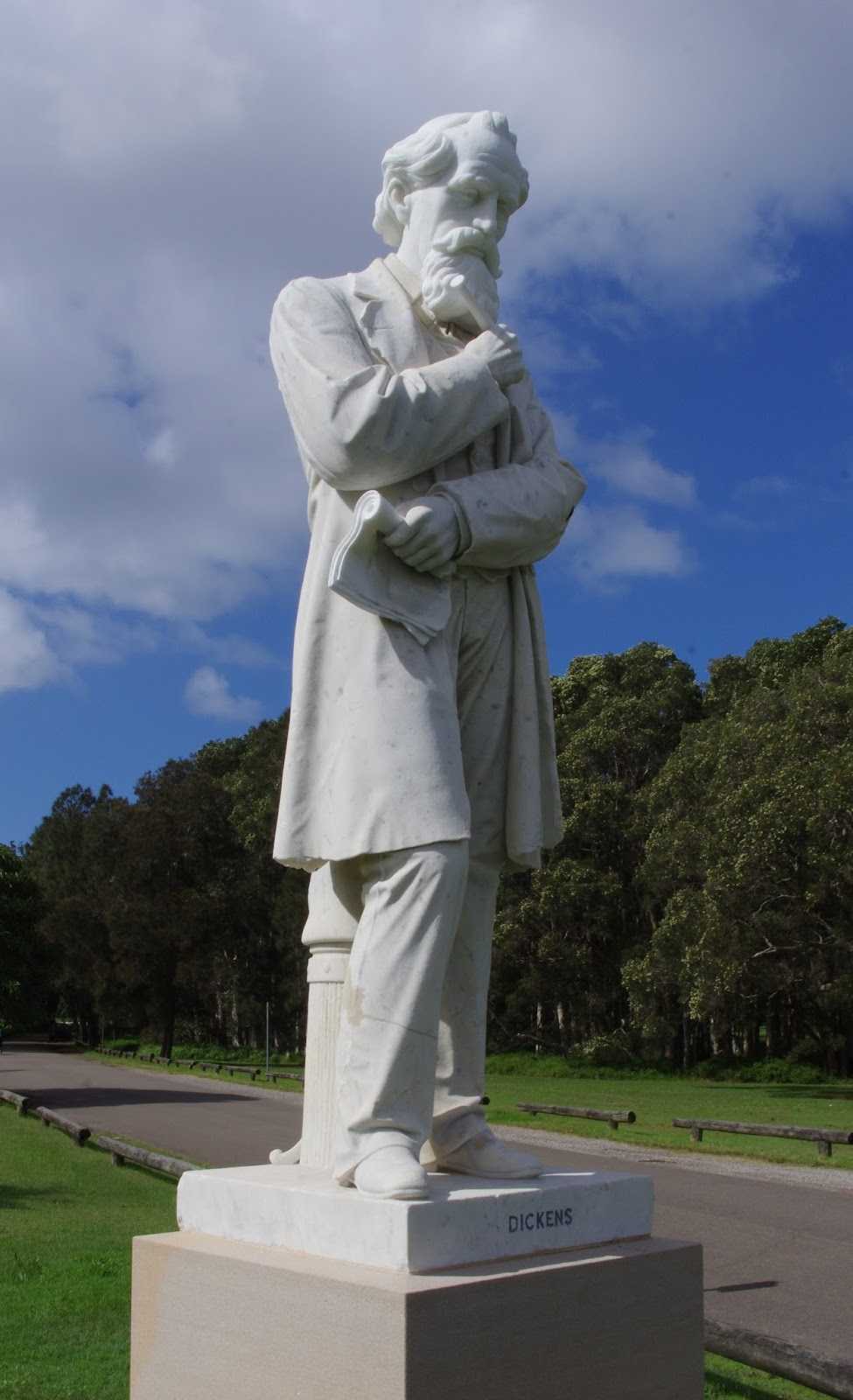 I have to admit this took me most of the Indian Subcontinent to come up with, and that in the end I cheated (I didn’t know Baz Luhrmann was Australian) and I deliberately left out Nicole Kidman (her trousers in The Australian disqualified her.)  But what does it tell about ?  If I had just listed heroes….. 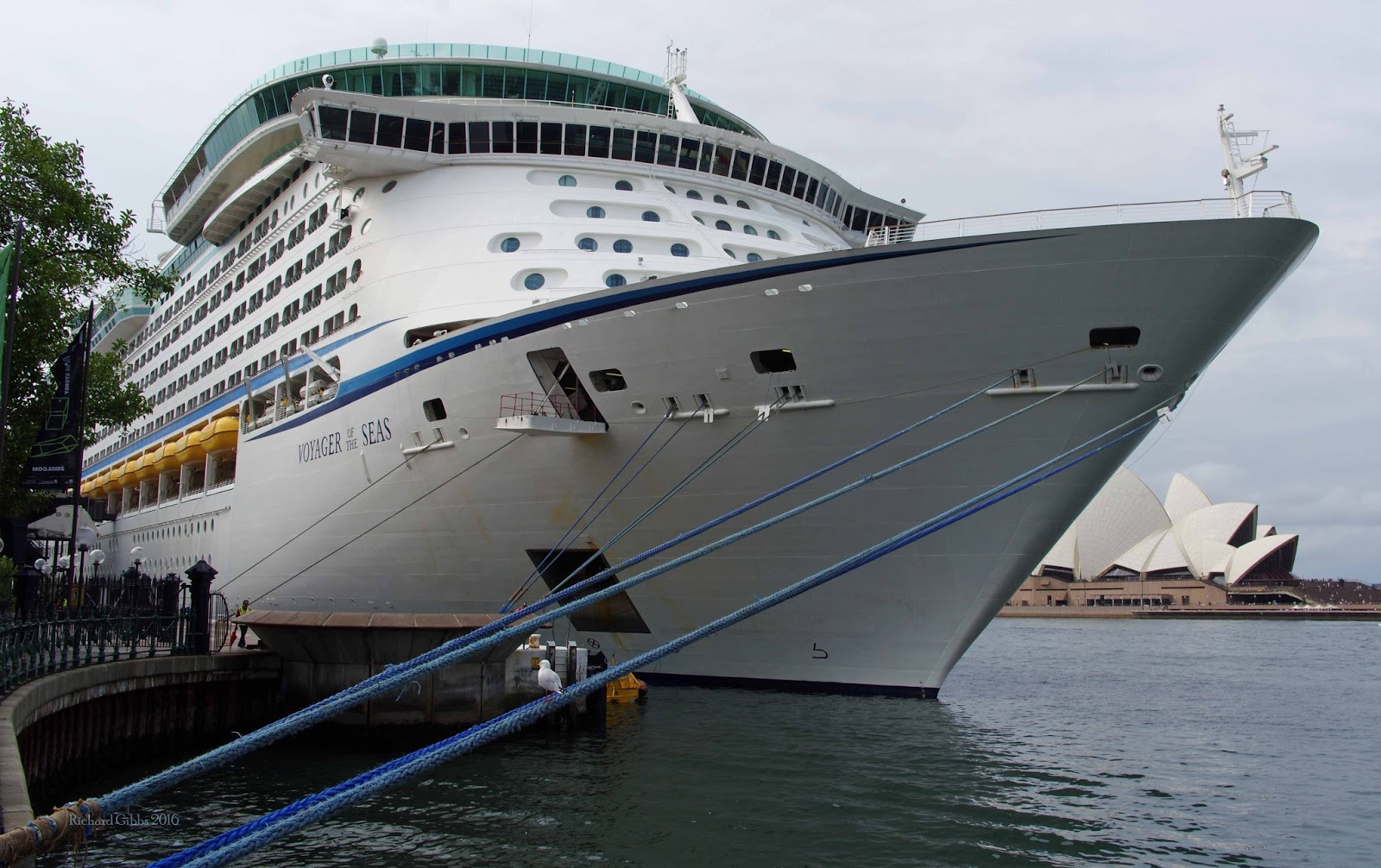 When I had finished this game, with time on my hands, I thought of anything else I could remember about .  This was what I got: Picnic at Hanging Rock, The Ashes, Walkabout (probably the best film about walking about ever made), And the Band Played Waltzing Matilda (a song I personally murdered several times), Illywhacker (which I bought in 1986 and still haven’t read), The Song Lines, the cockpit voice recorder, the disposable plastic syringe, the dual flush toilet and the surf life-saving reel (OK, I looked those last ones up…..) 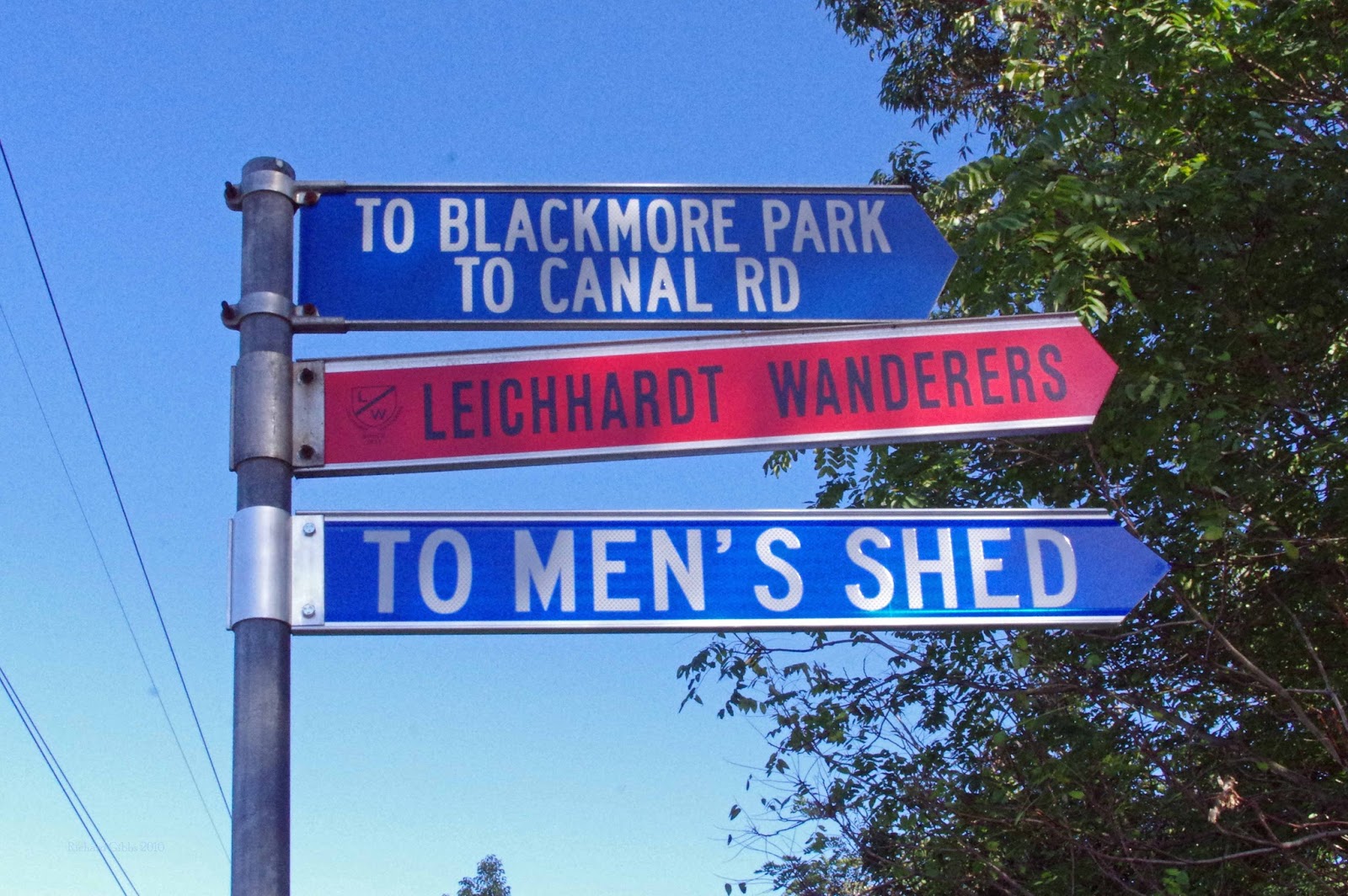 And that was about it.  is south of ; is north; then I got muddled about where is and gave up. 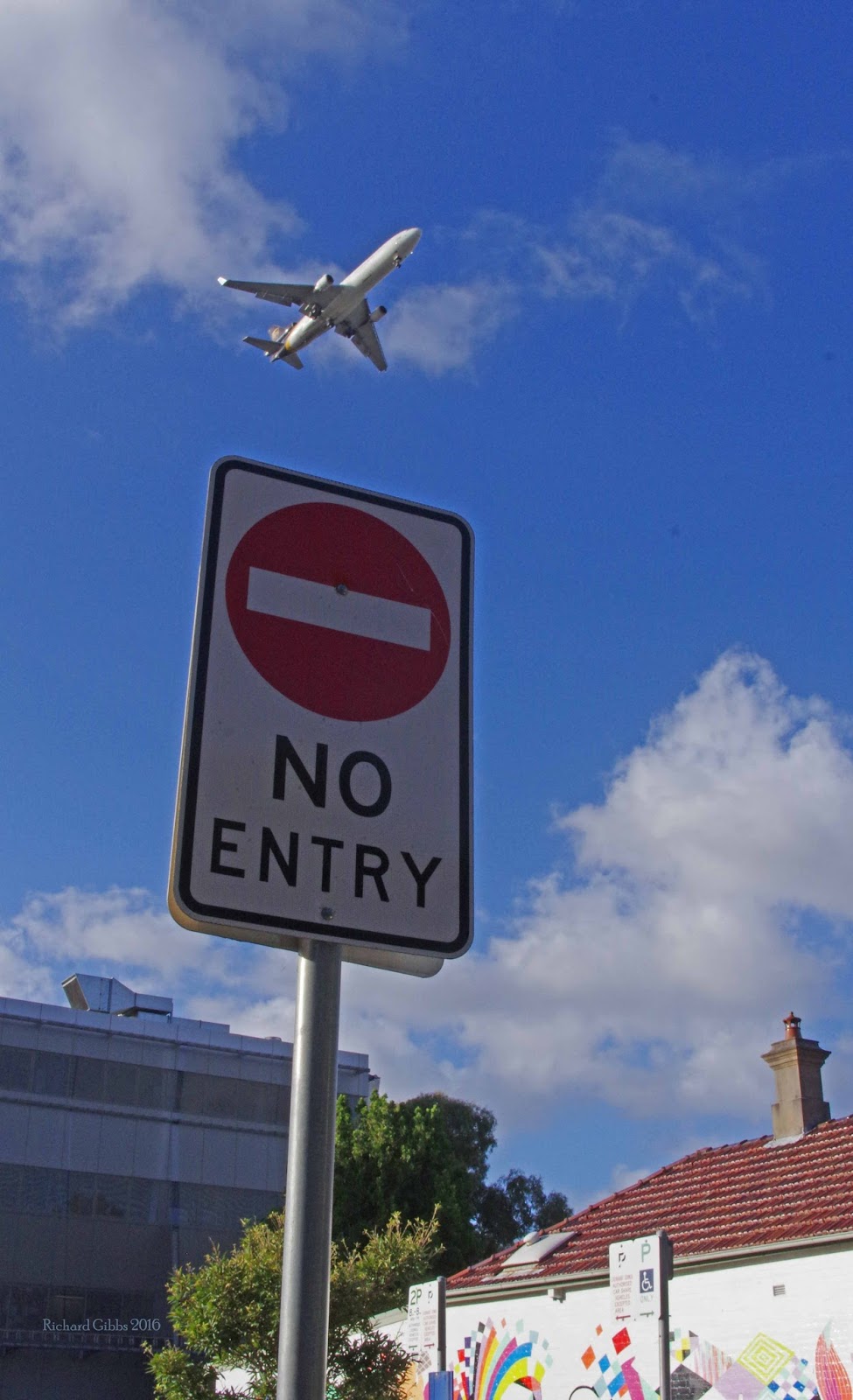 So, eventually, a tad weary, we arrived in .  It was sunny and bright, though it was the middle of the night, and, most confusingly, I soon found out that the sun set in the East, rose in the West and was at its zenith to the North.  Some of which may be the result of a misunderstanding, but which in any case led to me losing my bearings more than once….. 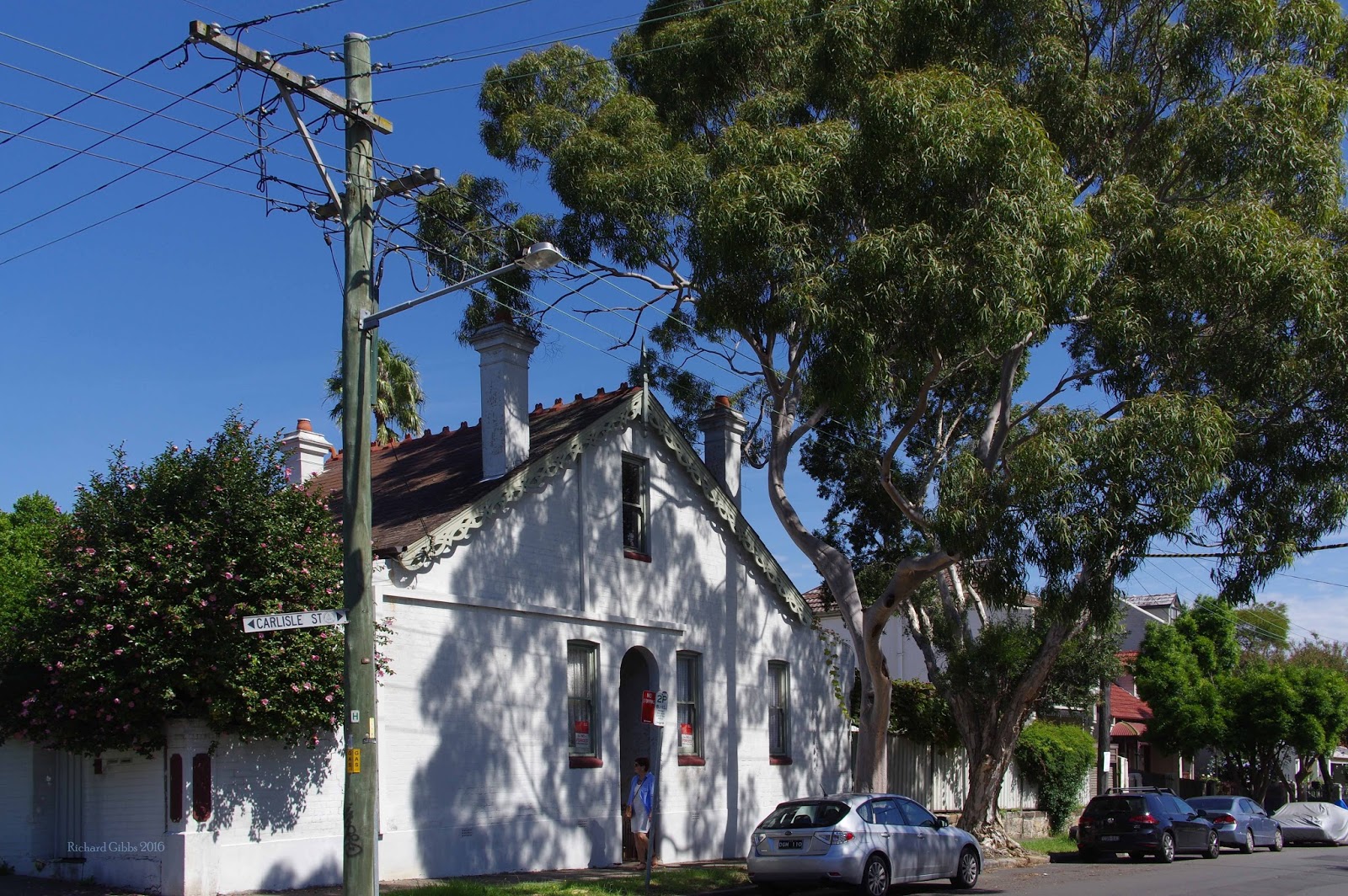 My brother and sister-in-law live in Leichhardt, a western suburb of named after a Prussian explorer who disappeared in remote in 1848. 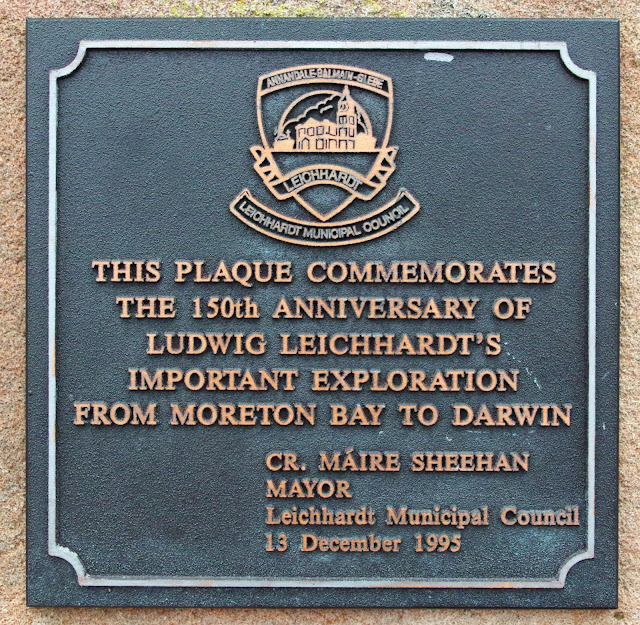 The streets are broad, shaded by Moreton Bay Figs and Eucalypts, raucous at dusk with flocks of Rainbow Lorikeets squabbling about their roosting perches.  It is traditionally an Italian area, and the Bar Italia is busy for breakfasts, and Grappa, Ristorante e Bar needs booking for dinner….. 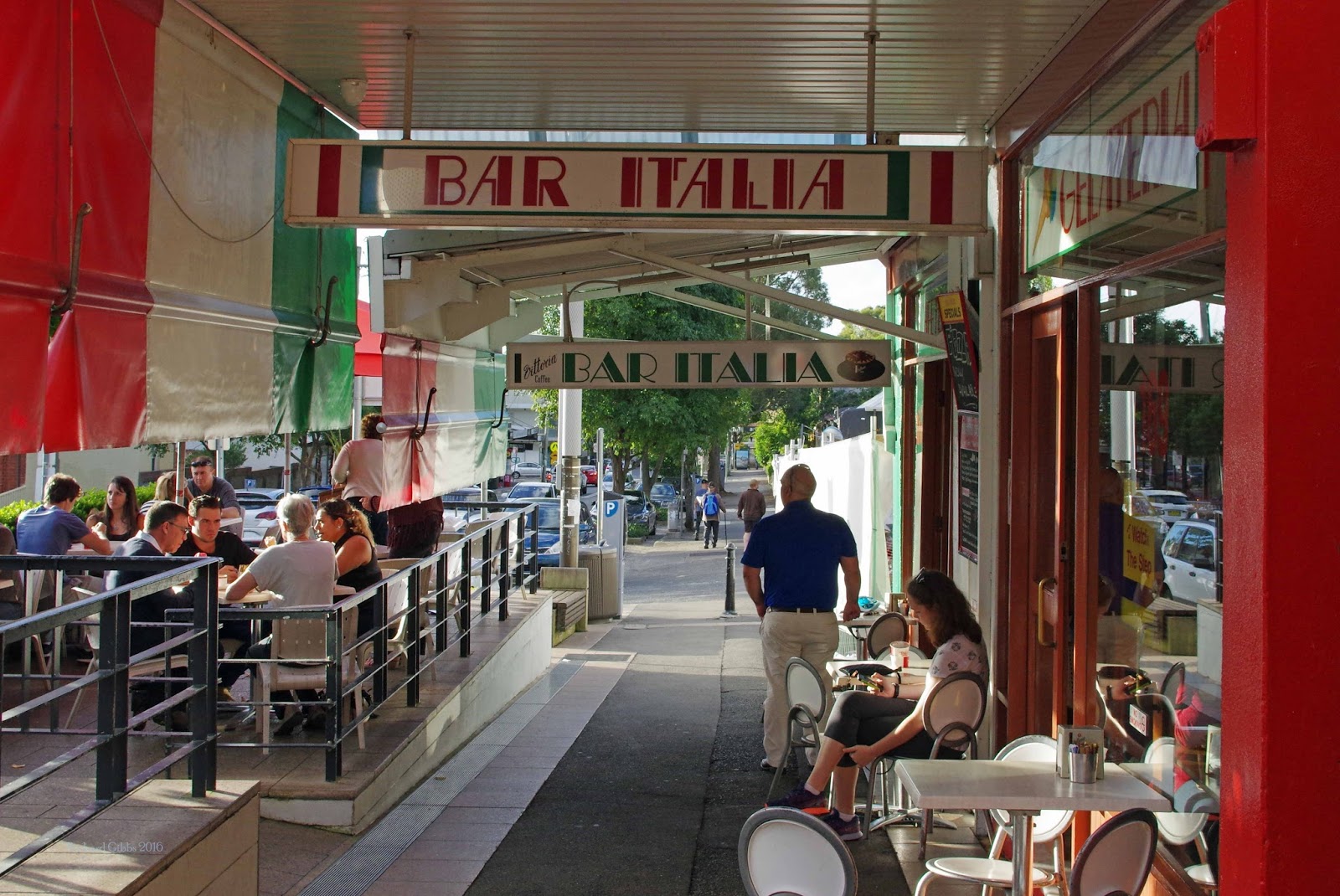 Tin roofs and wrought iron decorative work mark out the single storey houses, each adorned with flowering plants and palms in the small front yard. 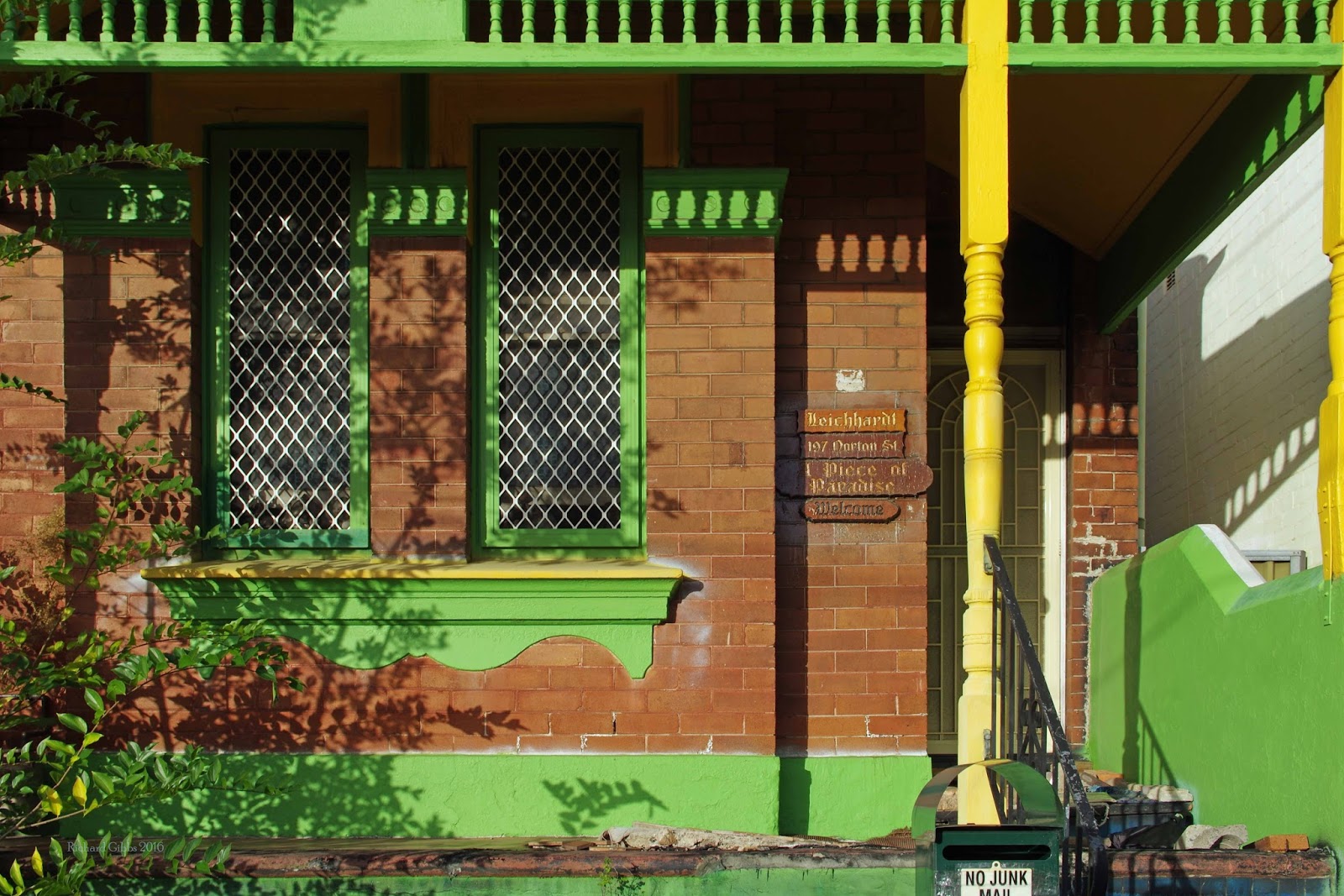 The Royal Hotel, at the corner of the street, was built in 1886 at a time when Royalty may have been more popular….  In its cavernous interior local drinkers quaff schooners of Coopers Pale Ale in the Happy Hour, while gamblers shout at a wall full of TV screens and betting forecasts. 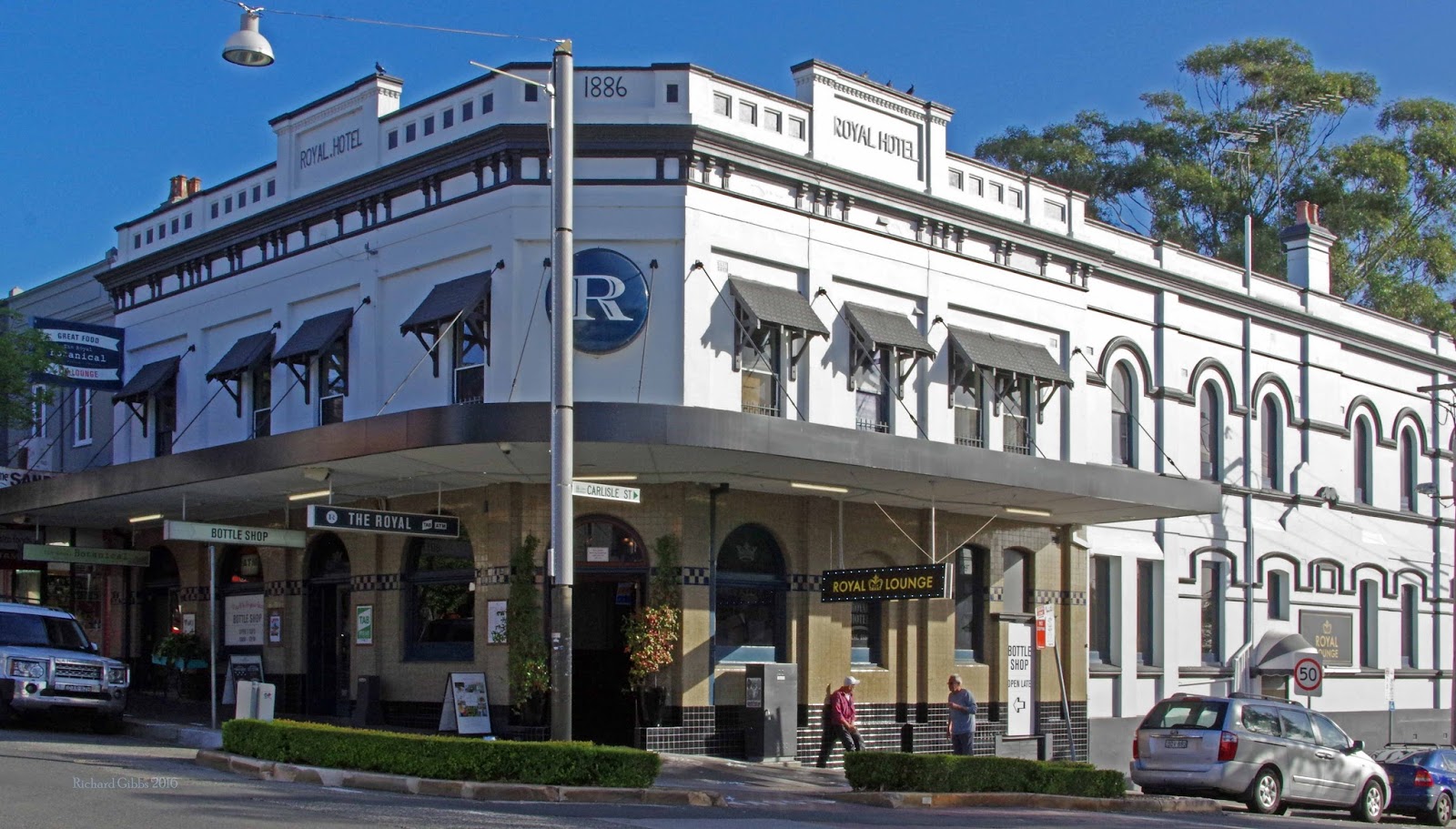 is a rapidly developing city, and in the centre is expanding skywards with alarming haste, causing inevitable traffic chaos at rush hours.  The population in 2015 was said to be nearly 5 million, over half a million more than it was in 2011, when over 1.5 million of its citizens were born overseas.  There are reported to be 250 languages spoken in the city. 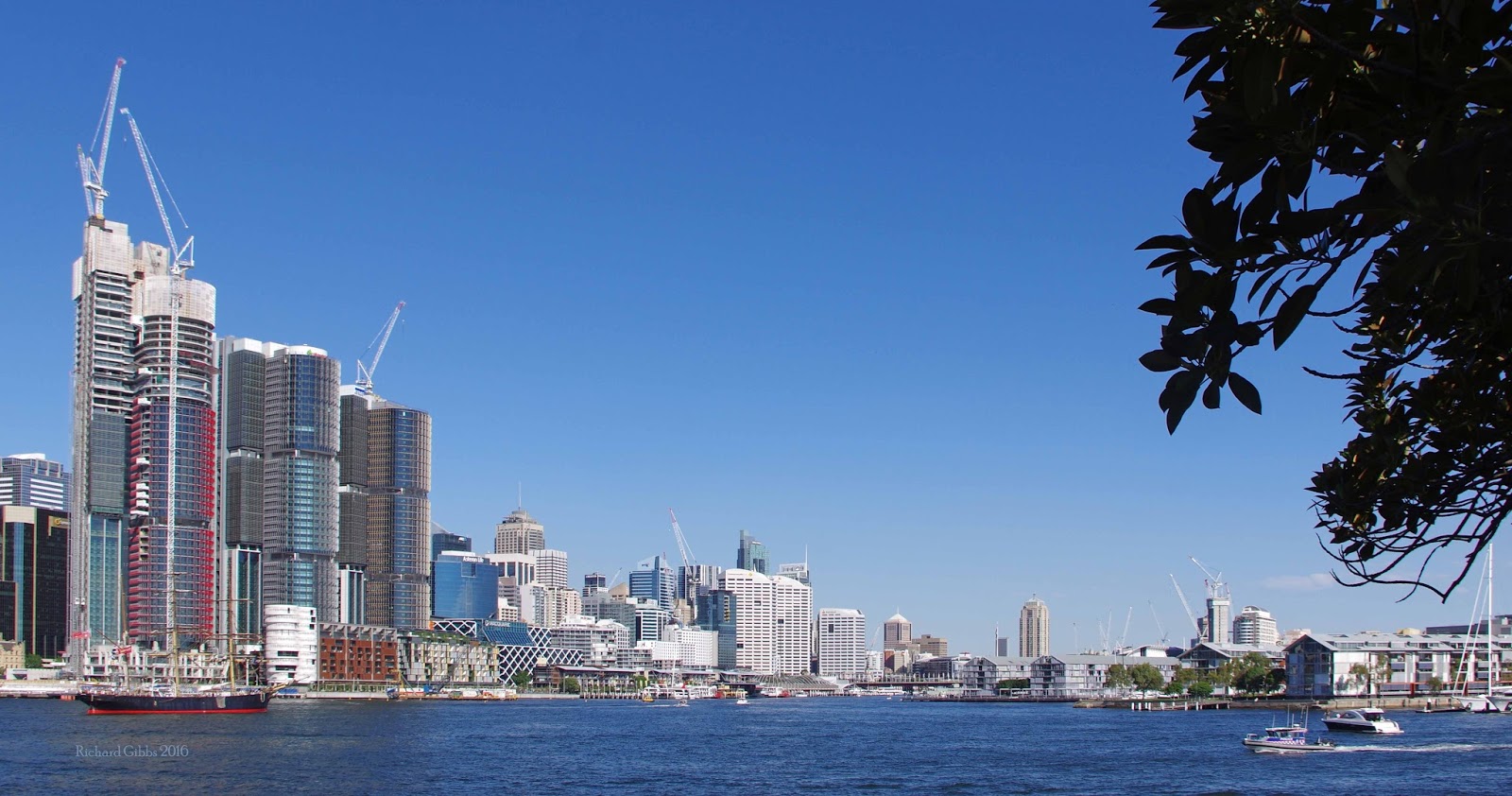 It straddles the ria (drowned valley) of Port Jackson which is an exceptional natural harbour, named after Sir George Jackson by Lieutenant James Cook in 1770.  It was a perfect haven for the transports of yesteryear, and still is for the cruisers of today.  Port Jackson (which includes the waters of Sydney Harbour, Middle Harbour, North Harbour and the Lane Cove and Parramatta Rivers) is 19 kms long and has a perimeter of 317 kms. 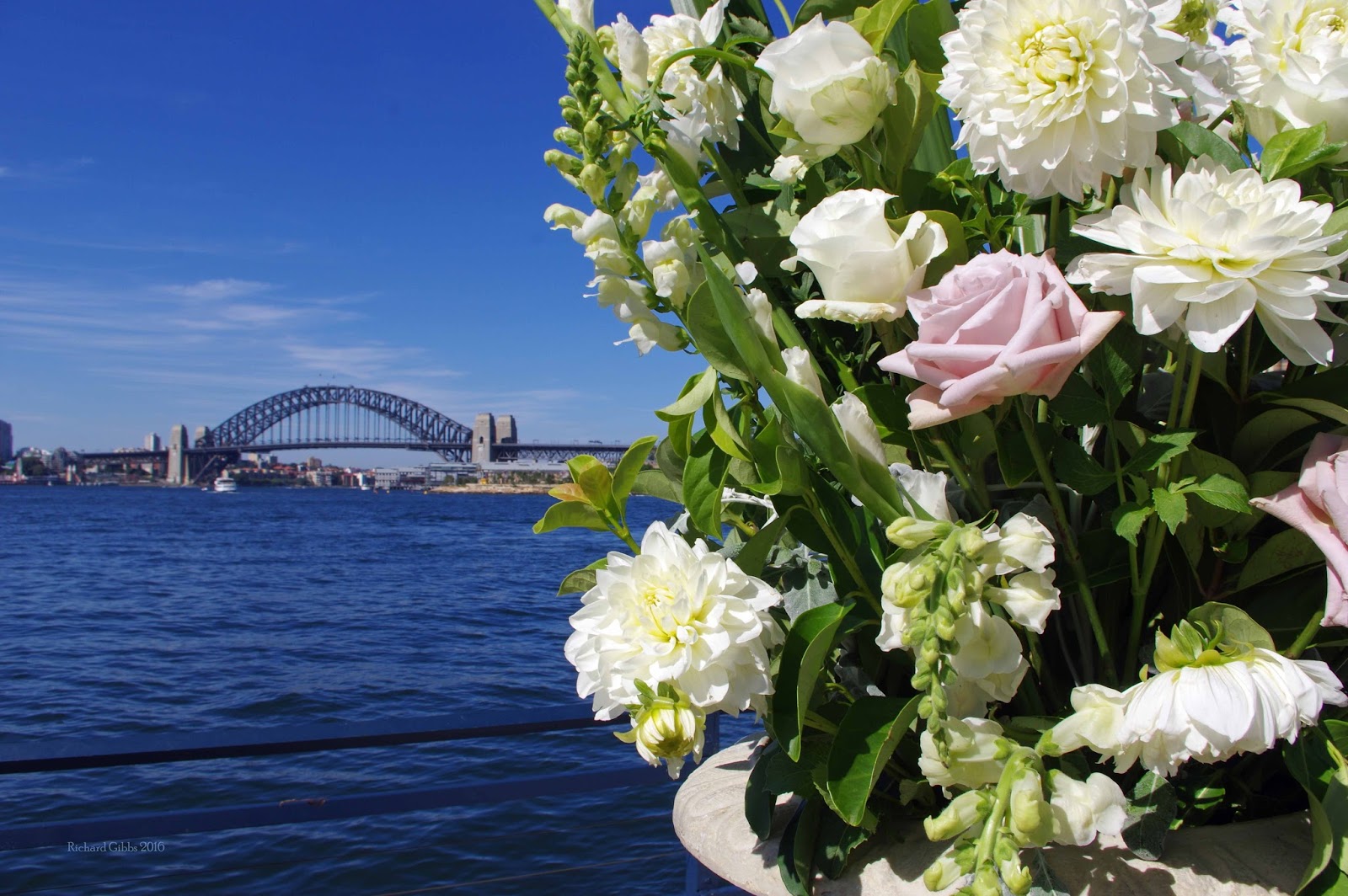 But Sydney is also close to the sea, and the stretches of coast from Bondi to Coogee to the south, 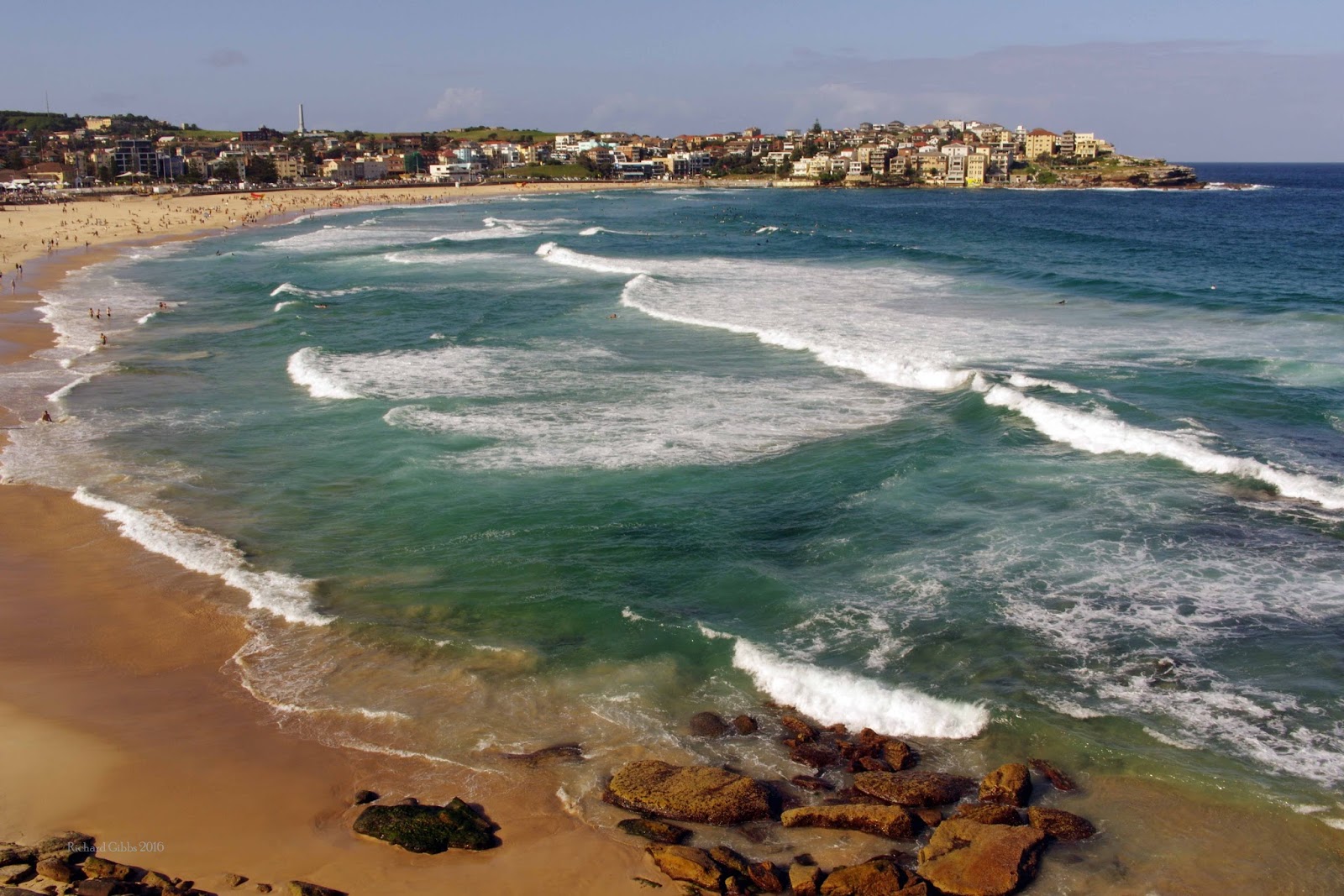 and from Manly north, give it advantages few cities can rival (if you don’t count low tide on the Thames, or Chowpatty Beach in Mumbai – it’s a film set!) 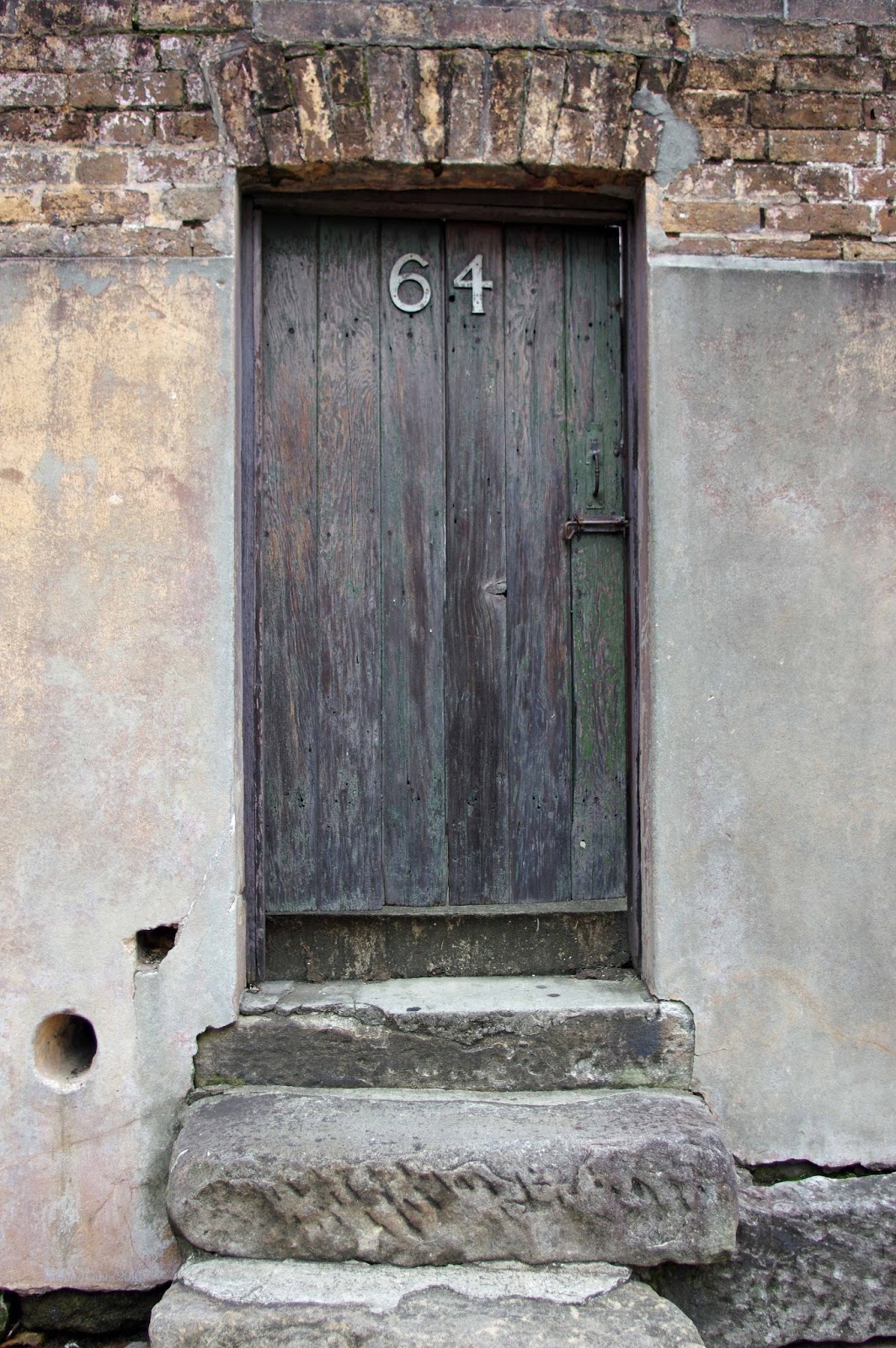 The Rocks area, between Circular Quay and the , is where the earliest settlers built their homes, and the diminutive commemorates this well (though the Lord Nelson Brewery Hotel or the Australian Hotel not far up the road are almost as good!) 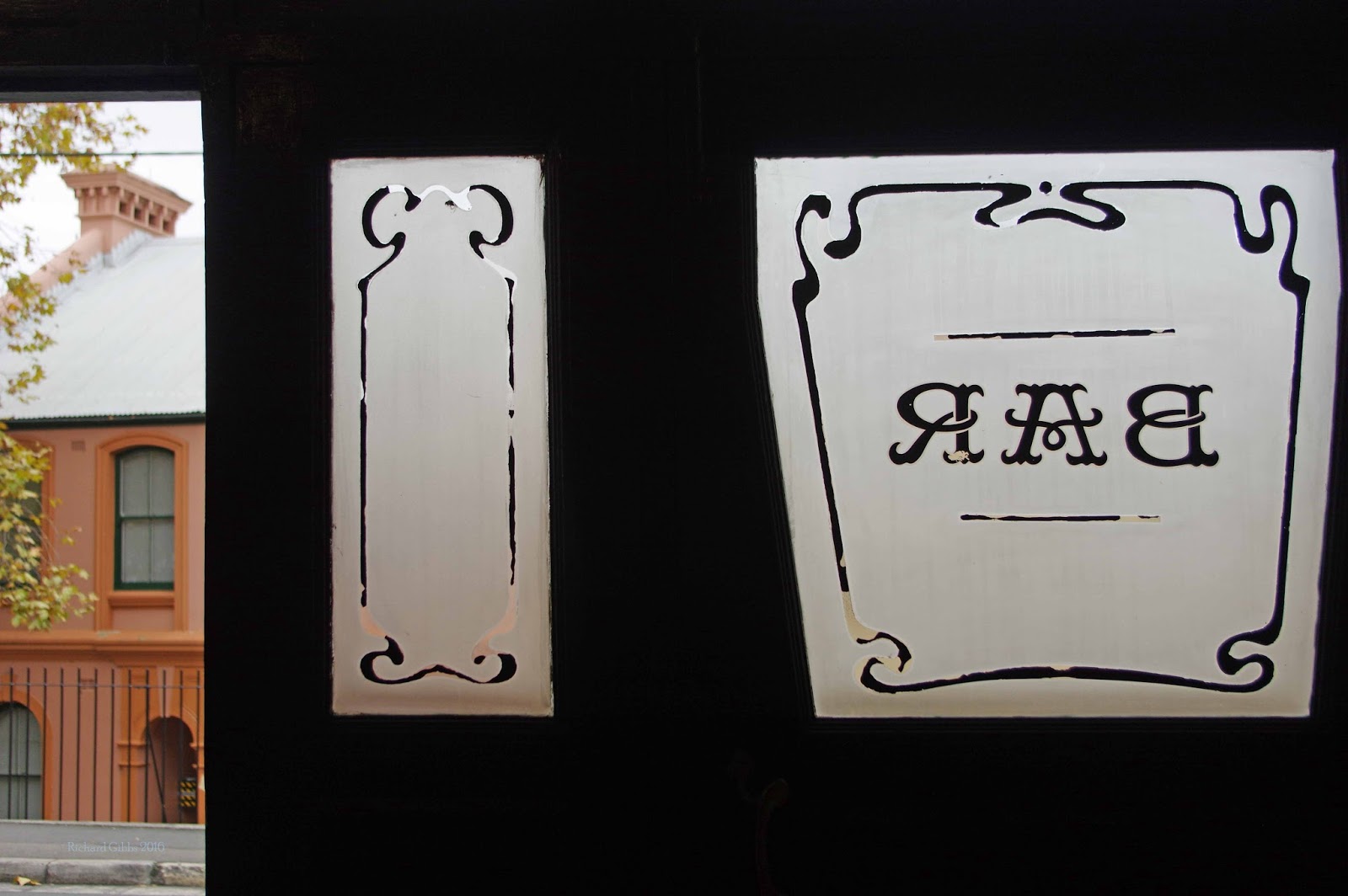 Sydneysiders, like little bro’ and family, don’t seem to tire of this metropolis.  Whether it’s Bob Dylan at the Opera House or Prince at the State Theatre (February 21st this year, and the Sydney Morning Herald noted that His singing, too, was sublime. There's something to be said for all that clean living the 57-year-old does these days……  Awww, shucks!)  Whether it’s the Art Gallery of New South Wales, Taronga Zoo or the ; whether you like wandering in the expanse of , or spending time in the , it’s a busy, exciting and beautiful place to be…. 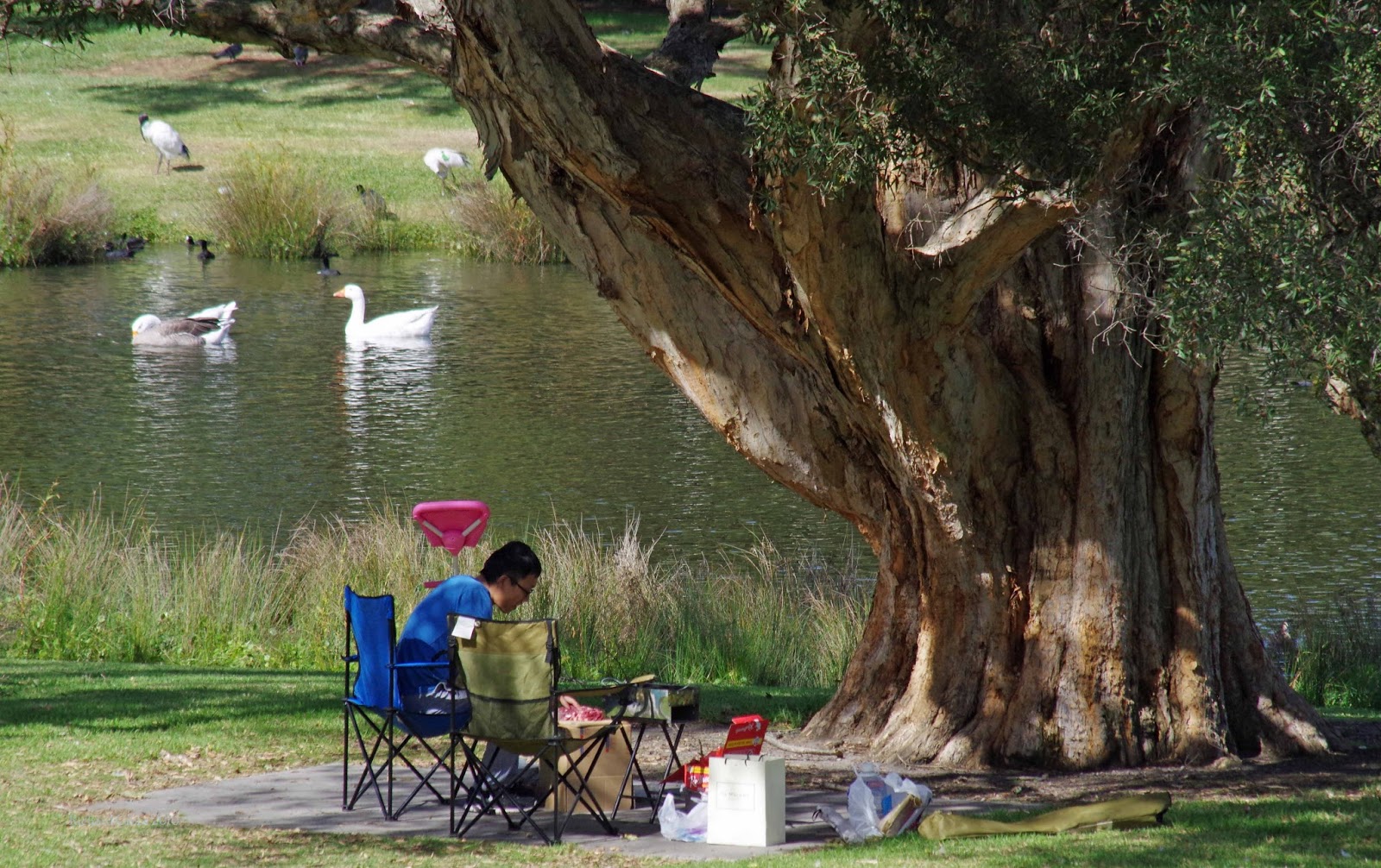 So much so, that, a little jet-lagged, and overwhelmed by the towering cityscape, it was hard to take it all in, and for a bit I just wanted to sit and watch the world go by.  Which is also quite possible: a jug of prawns and a cool stubby on Shelly Beach, near Manly; a dozen oysters with a glass of chilled Riesling as the sun goes down across …..  That’s my kind of town! 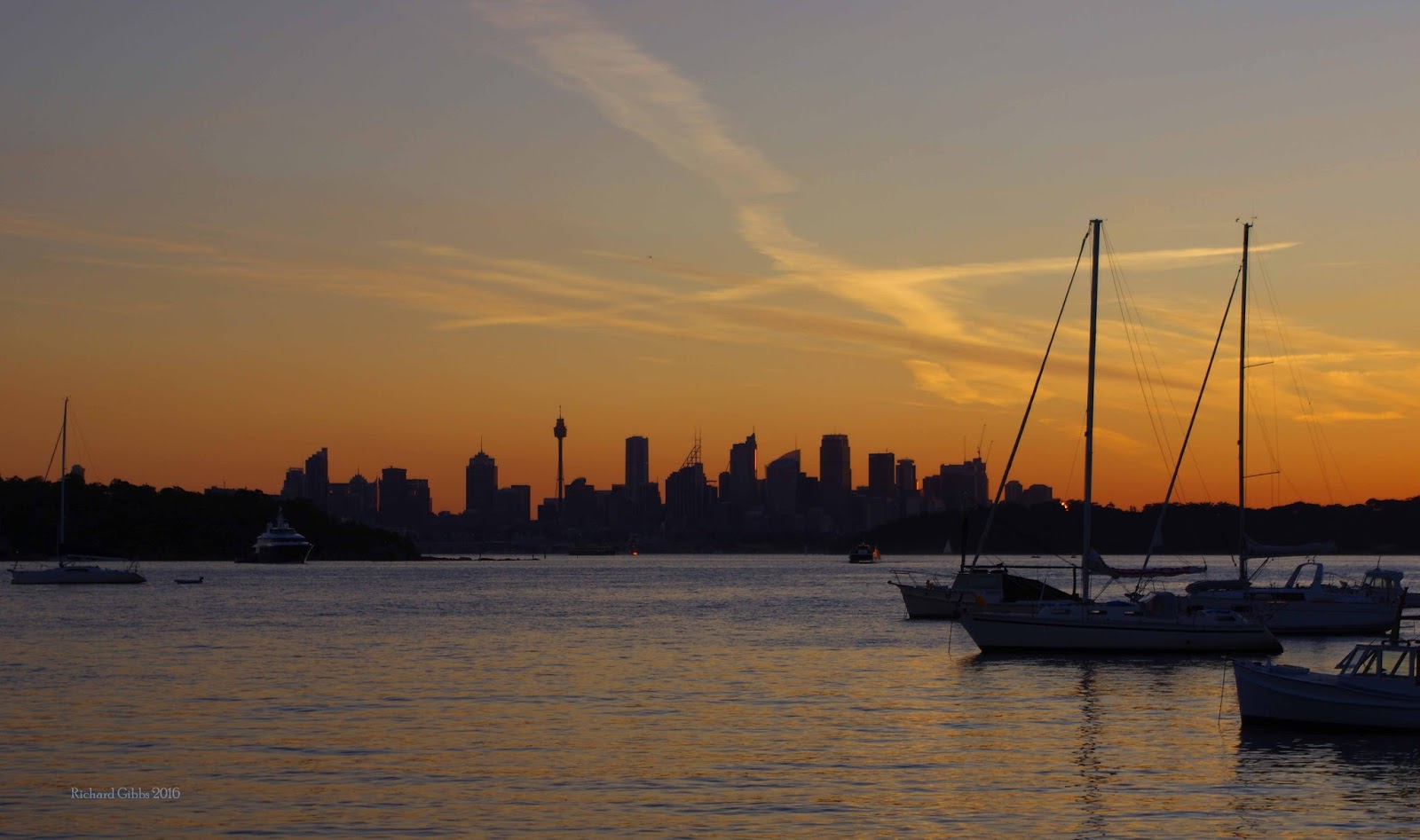 Back in the tranquillity of Leichhardt, I began to get a feel for the place.  The granite War Memorial in the park told one story; Blak Douglas’s diptych mural What’s Your Point (2015 – Materials: Two cottages and paint) tells another.

I read on the laminated plaque that this is A poignant snapshot of the his-story of the bold attempts of co-existence between non-Aboriginal peoples and the original occupants of these land we all occupy today. Sadly, it goes on, an oligarchal attitude of those whom honour the ‘founding’ of this great nation ultimately prevents an idealistic coexistence of the two sides. Breadline versus wealth.  Us versus them.  Aptly applied to these two dwellings built during an era when such graphics were more prevalent and stylised in colour to lament neighbourly dispute. 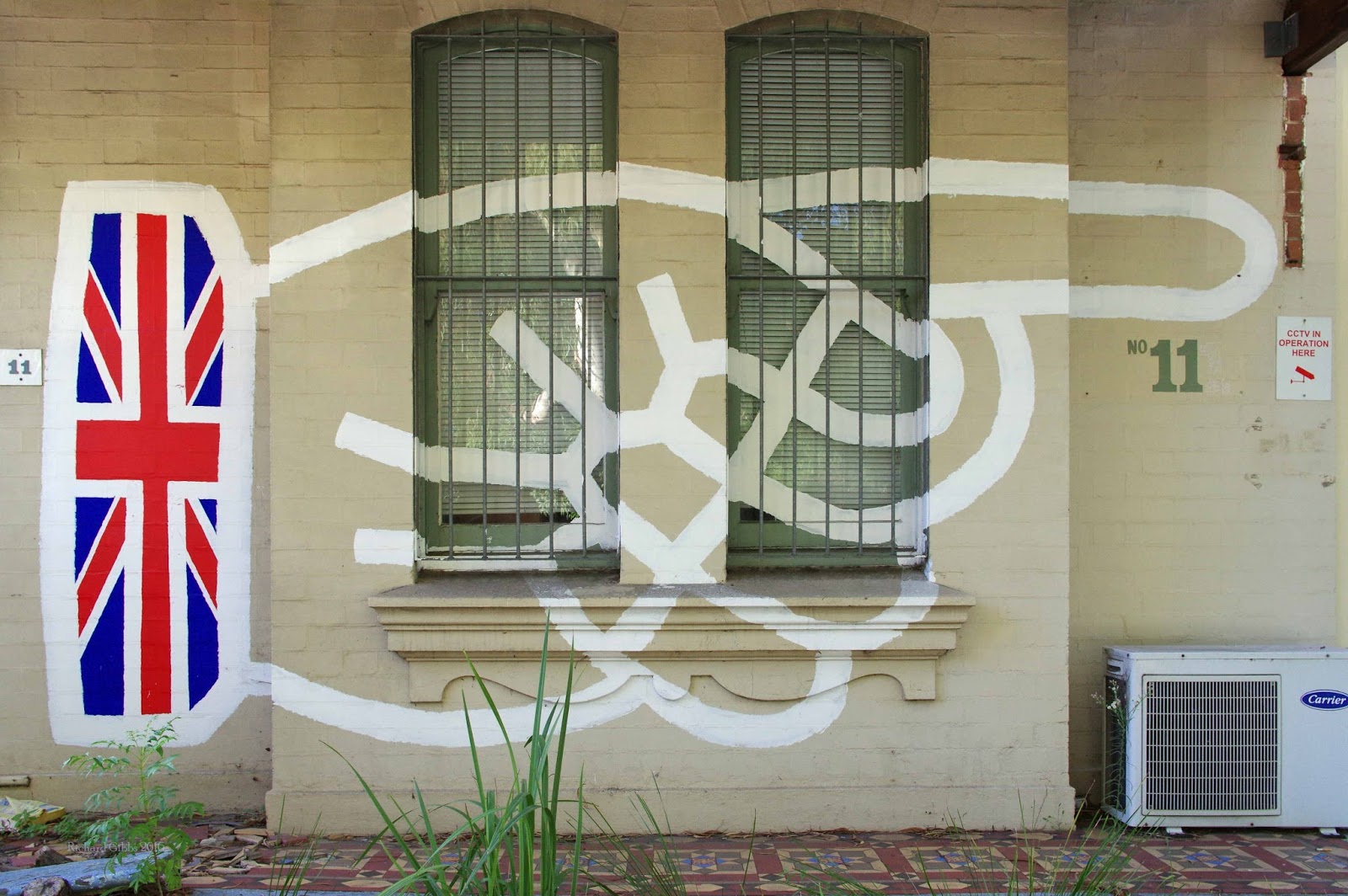 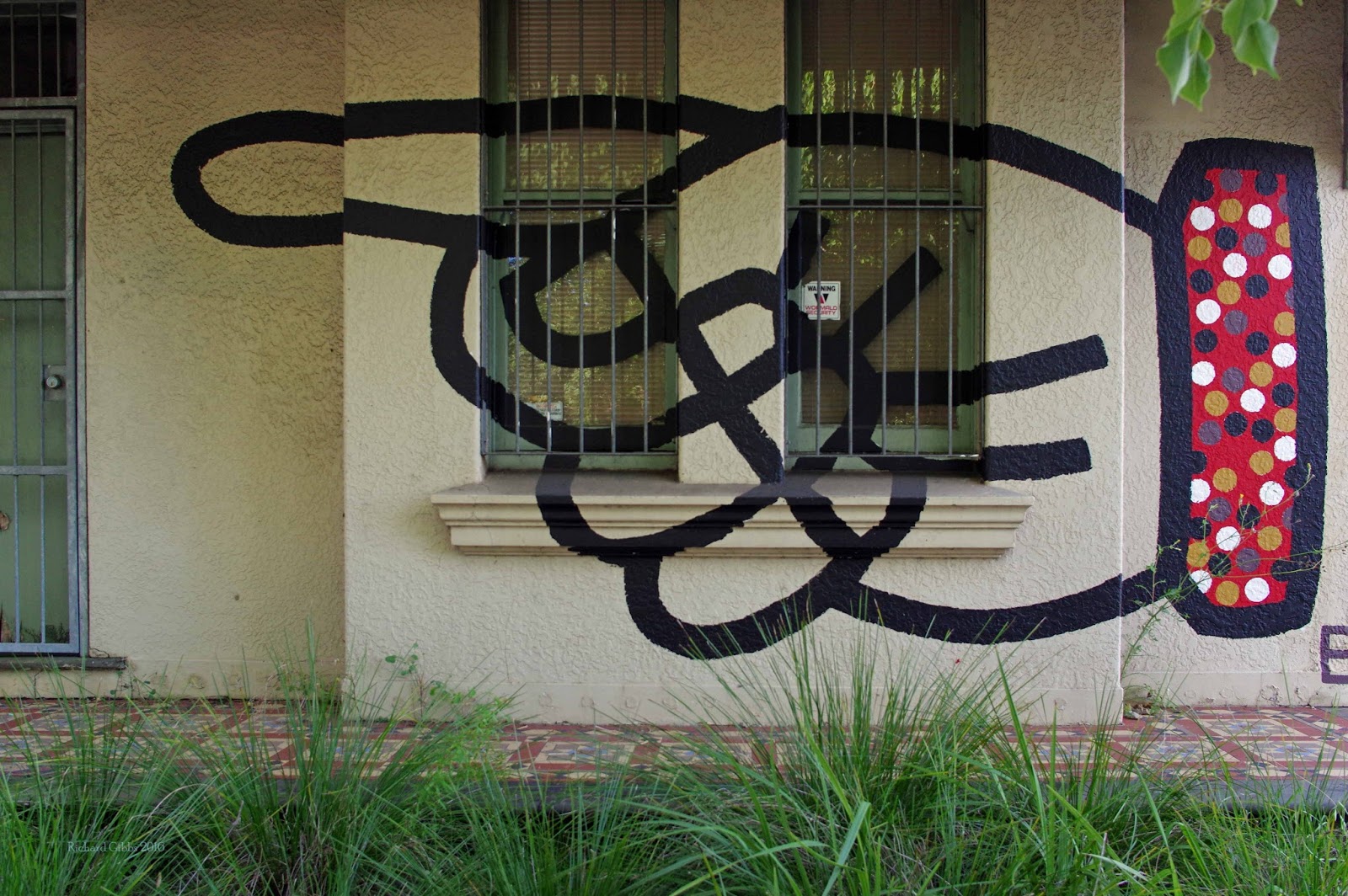 The ‘point’ made is one of theoretical illogic.  One side illegally came to occupy the other’s country, introduced a new form of residence, but only one would live the most comfortably and would ultimately determine the material value of their dwellings. 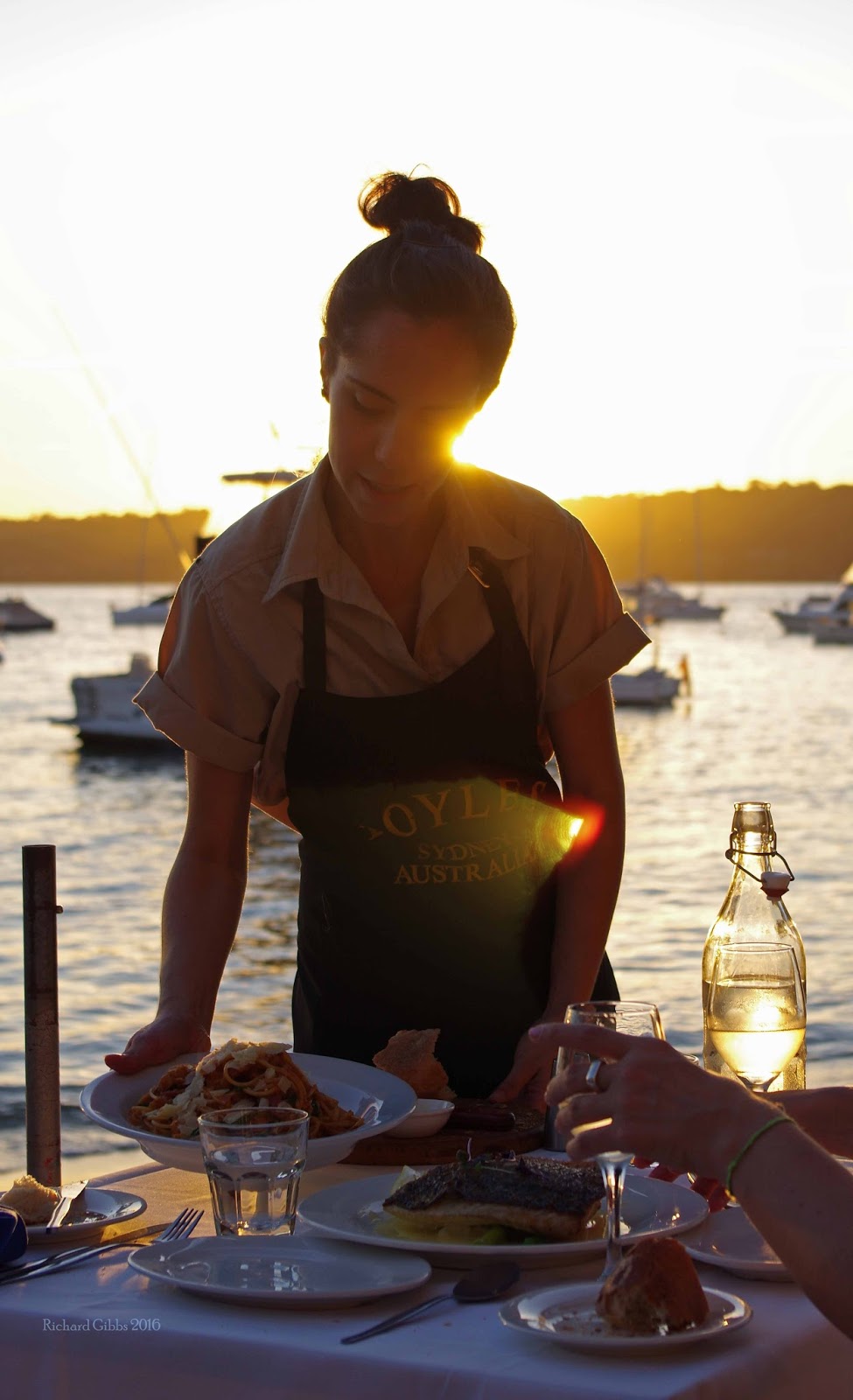 Our visit was too brief.  After thirty years of expectation I didn’t really give it time to do it justice (and bro' was working, bless him – someone has to!)

So much to learn.  So little time! 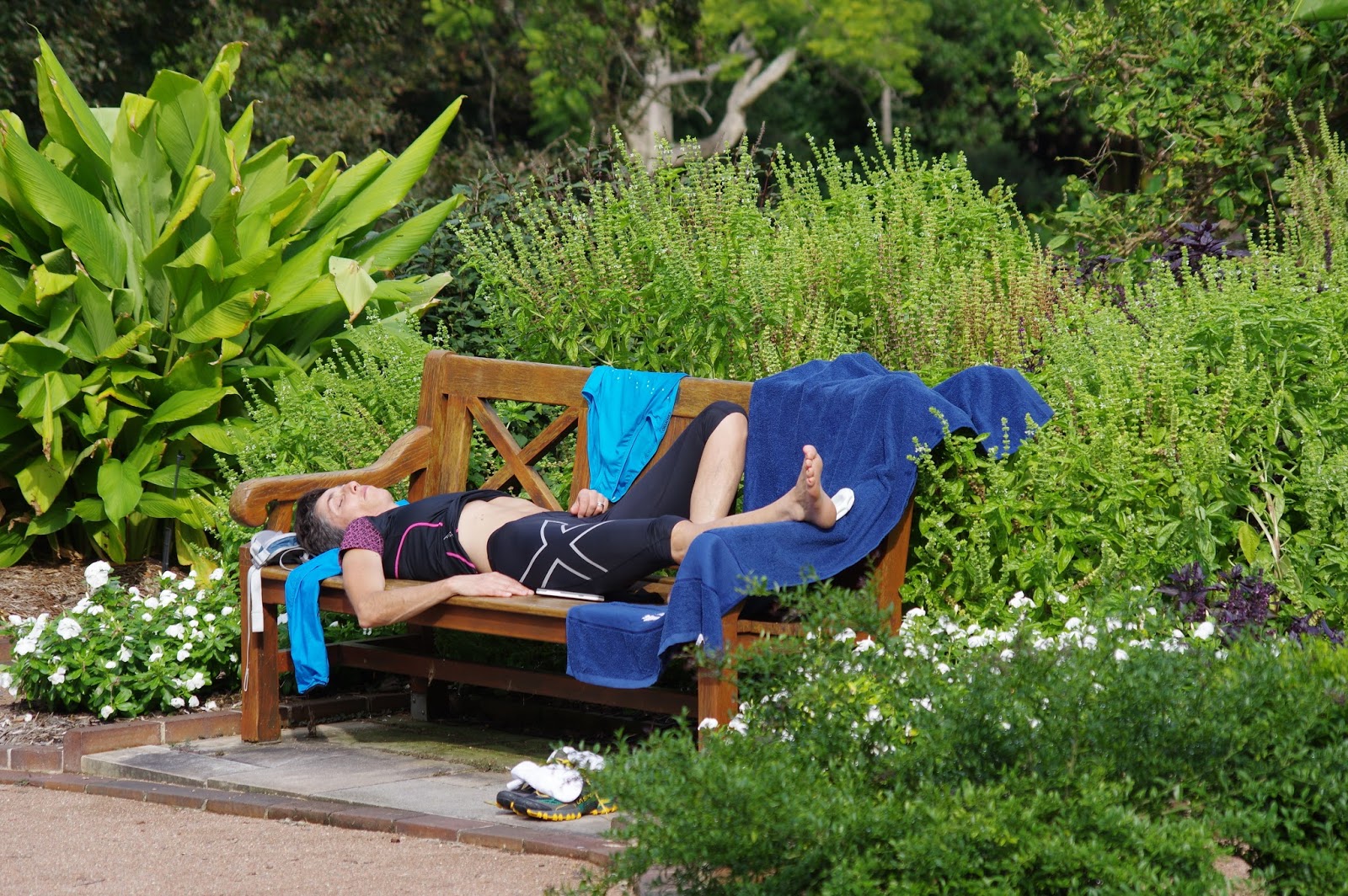 And we were bound for , and the with our daughter, though first we have the to explore, and the ….. 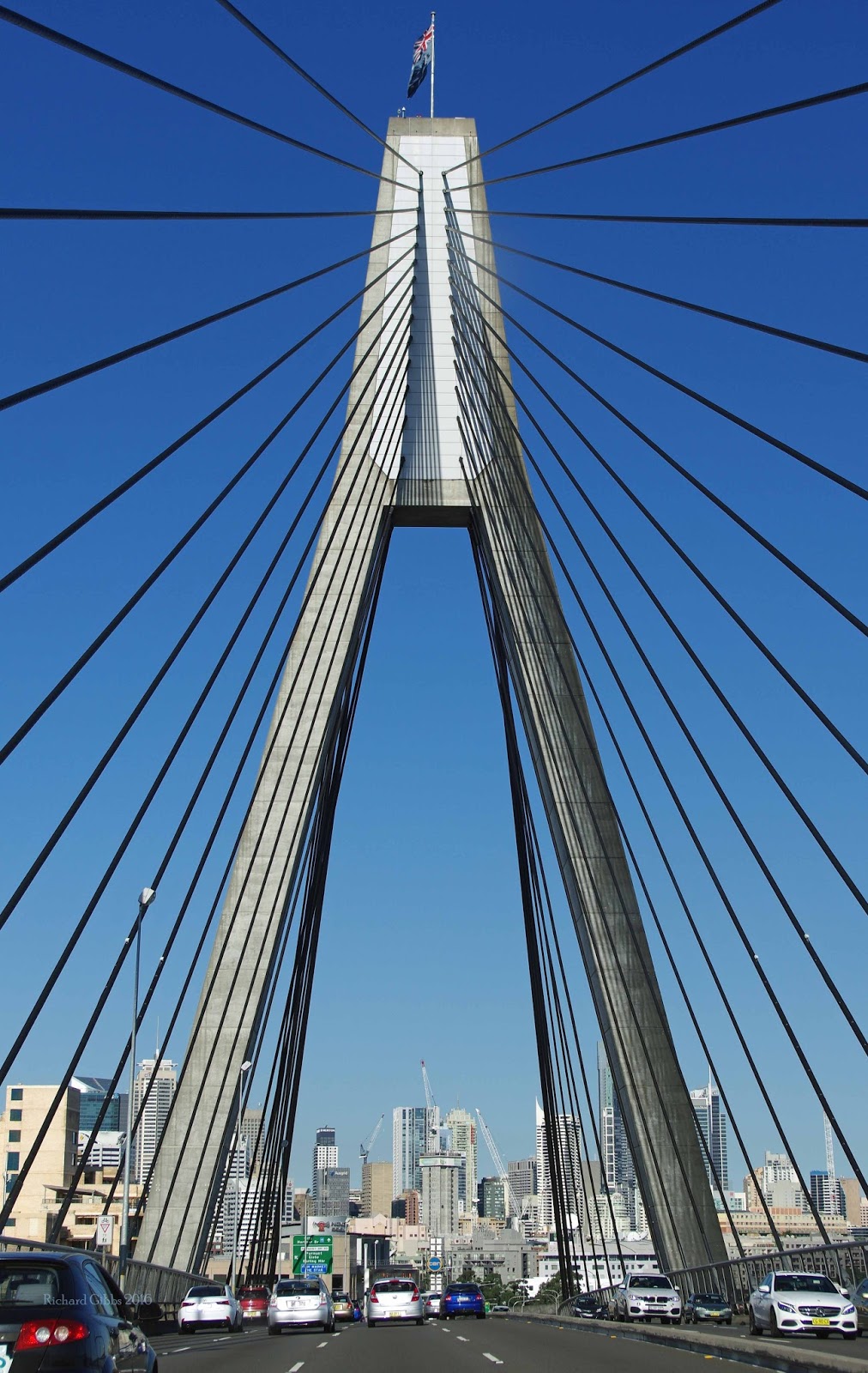 So, those will be the next chapters….. 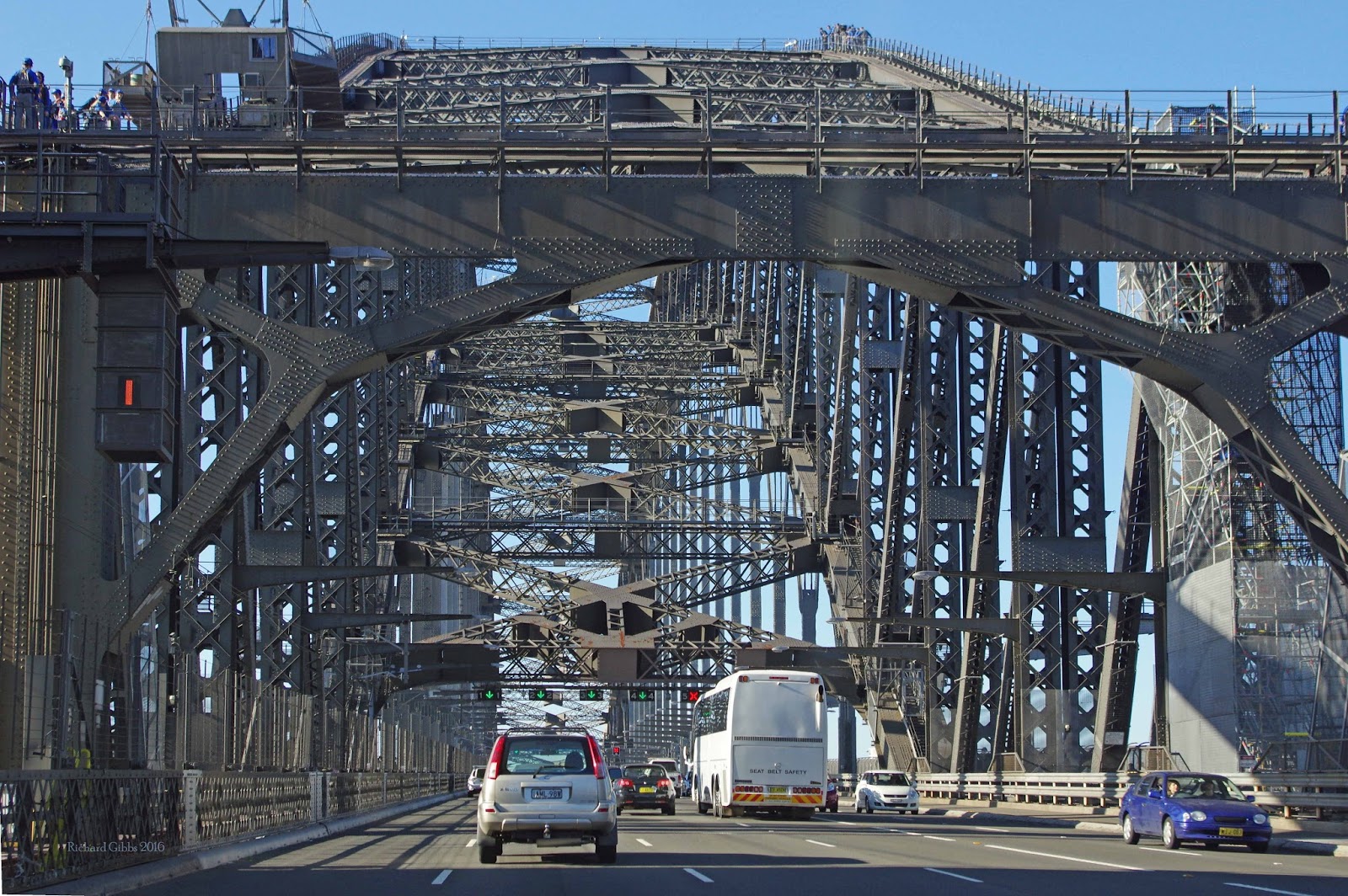 And then we have to come back, open a stubby and take it easy….. 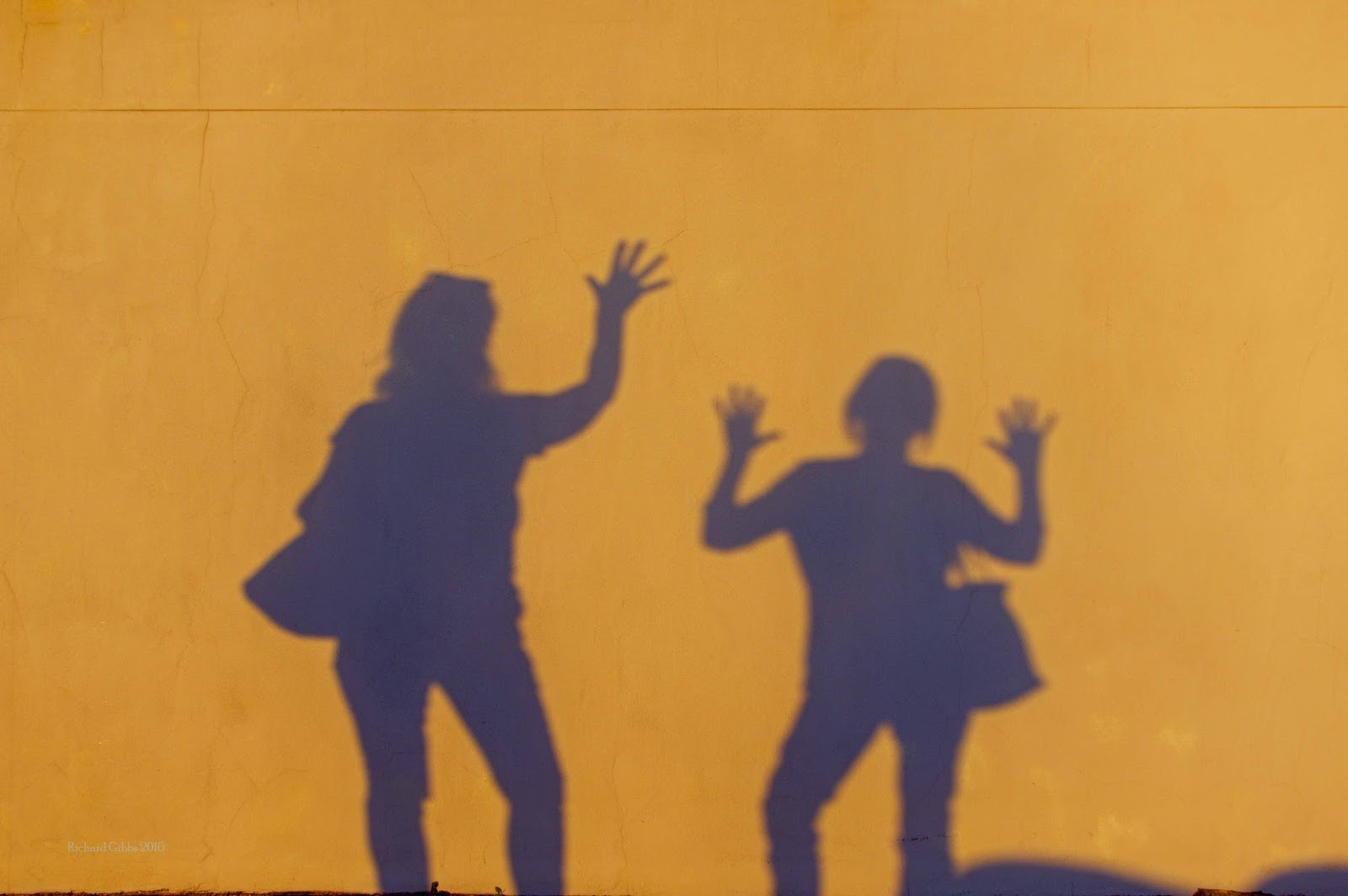 At the end of 30 Days in Sydney: A Wildly Distorted Account, Peter Carey writes that A metropolis is, by definition, inexhaustible, and by the time I departed, thirty days later, Sydney was as unknowable to me as it had been on that clear April morning when I arrived.

Carey is an Australian, and had lived in the city seventeen years before. We spent little over a week in the Sydney.  Small wonder I know so little..... 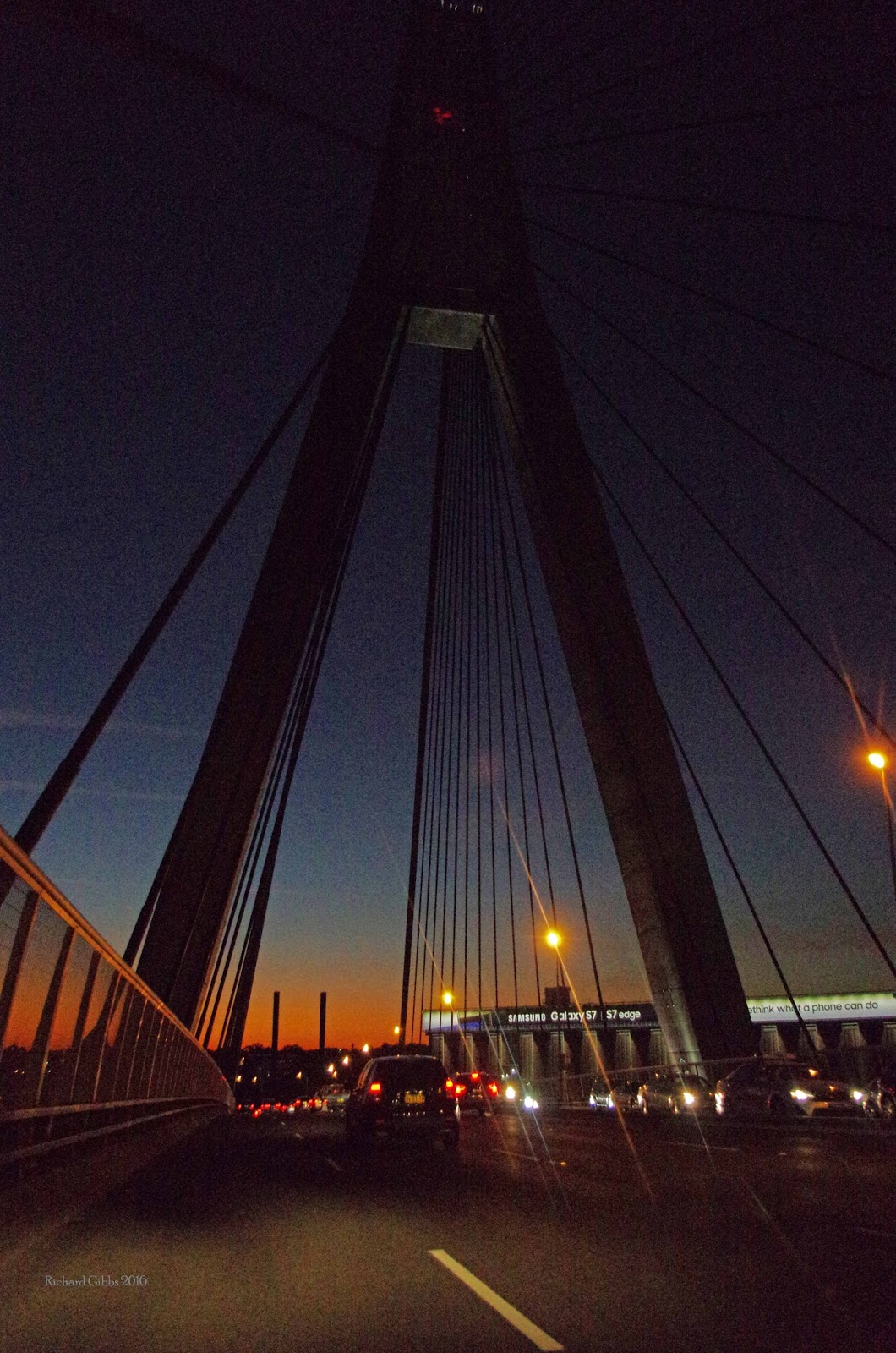 With very many thanks to Tim, Steph, Daisy, & Max for looking after us so kindly and showing us around.