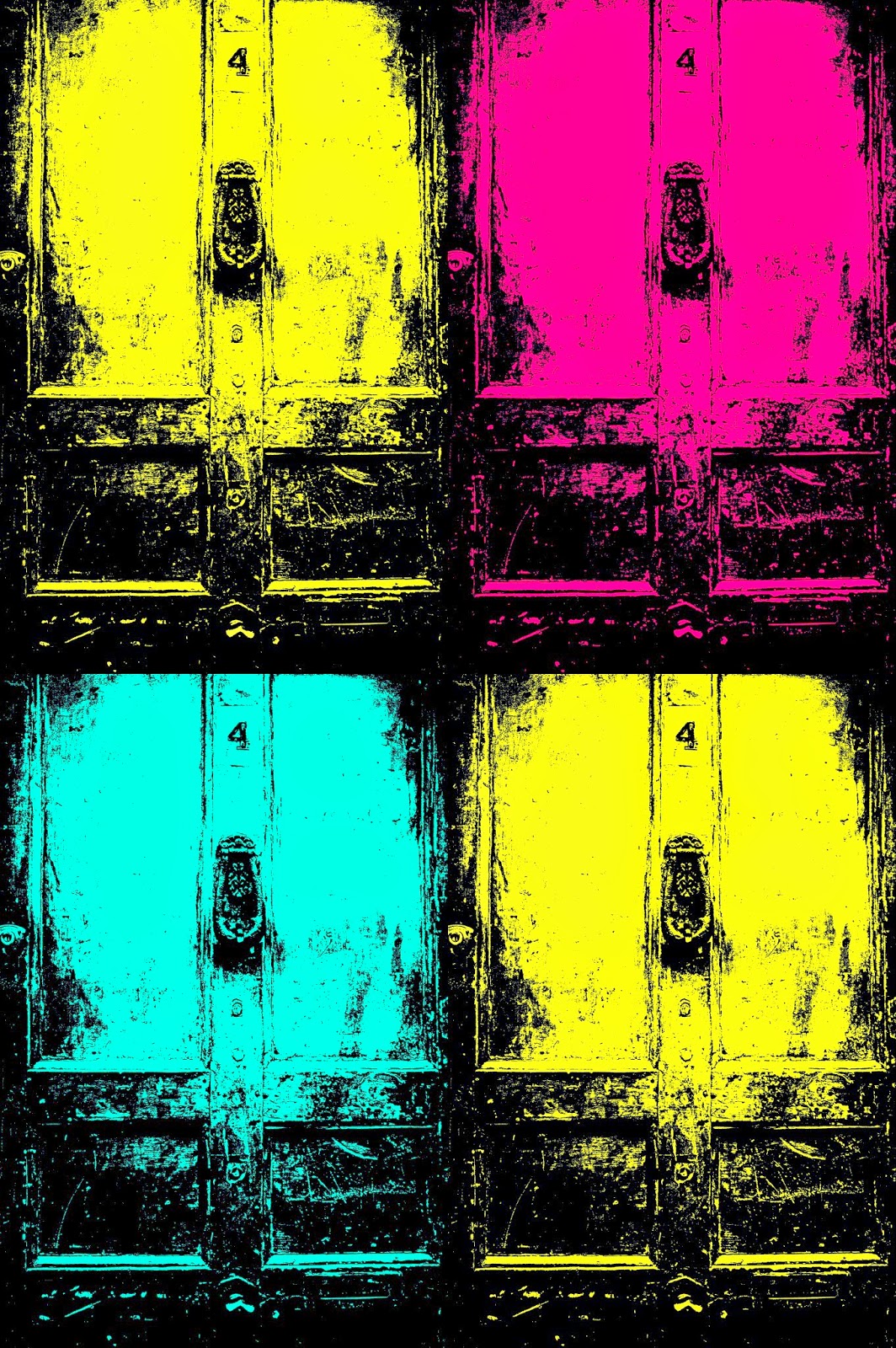 Spitalfields.  Like (in one way) St Martin in the Fields. The name is a lie, today.  But once......  Here, within a hop and a skip of Liverpool Street Station, and the monstrosities of Bishopsgate, unfolds a curious area, once this, and then that, now upcoming, smartening, but still with its curiosities and tales of the past; its young blades and faded flowers..... 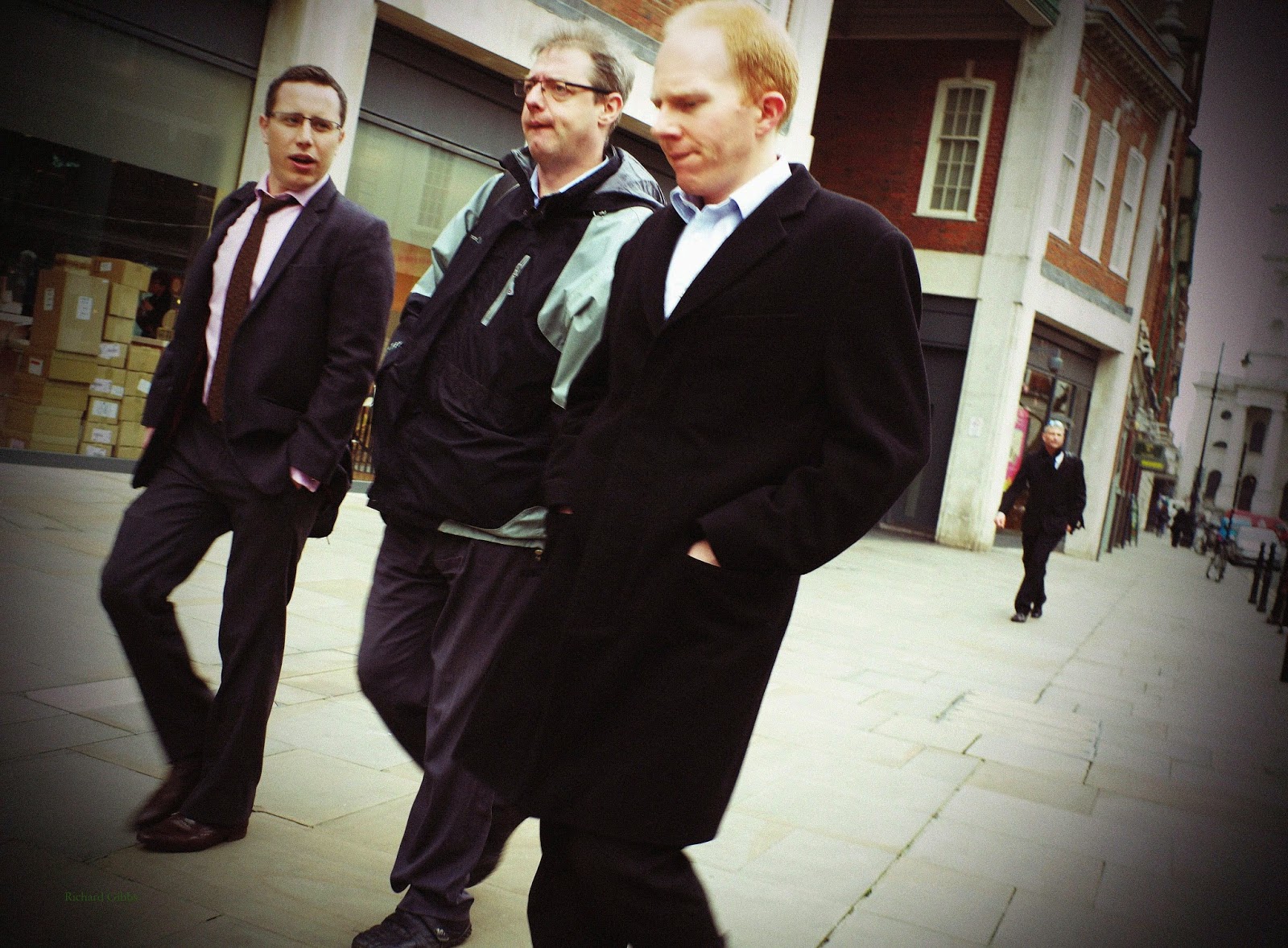 Spitalfields takes its name from The New Hospital of St Mary without Bishopsgate, which became known as St Mary Spital. This was a Priory founded, on a Roman cemetery, in 1197, and then destroyed by Henry VIII in 1539. So not much remains of that for us to see (though archaeologists have turned up some very interesting finds). For the most part what we see today is only a few hundred years old, at most. The fan lights and gas lamps reaching back to days when Dickens might have wandered past..... 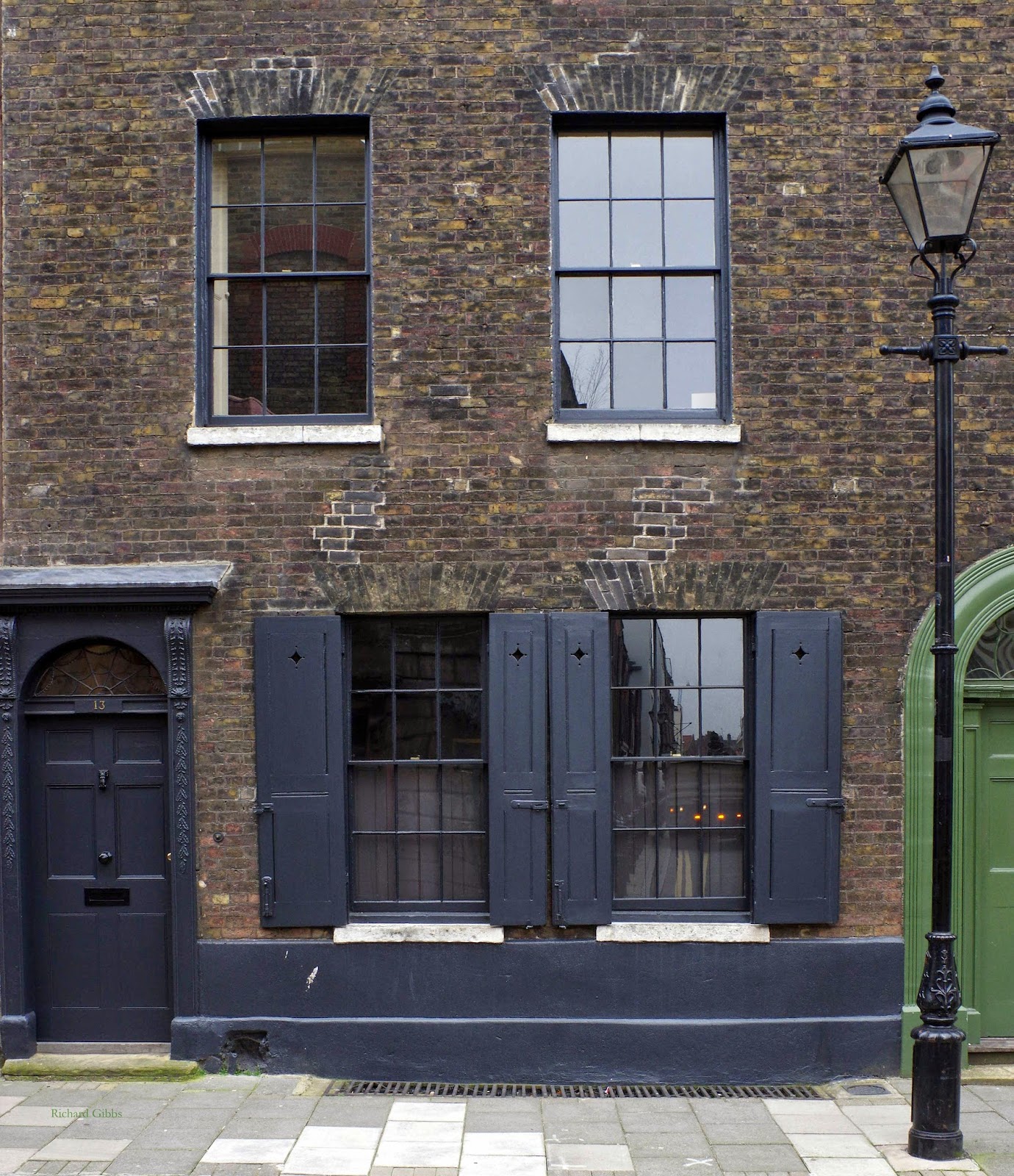 The model bus and letter box below being additions from the twentieth century, when this modest house (in Princelet Street, parallel to Fournier Street where Gilbert and George have lived since 1968) was probably last painted..... 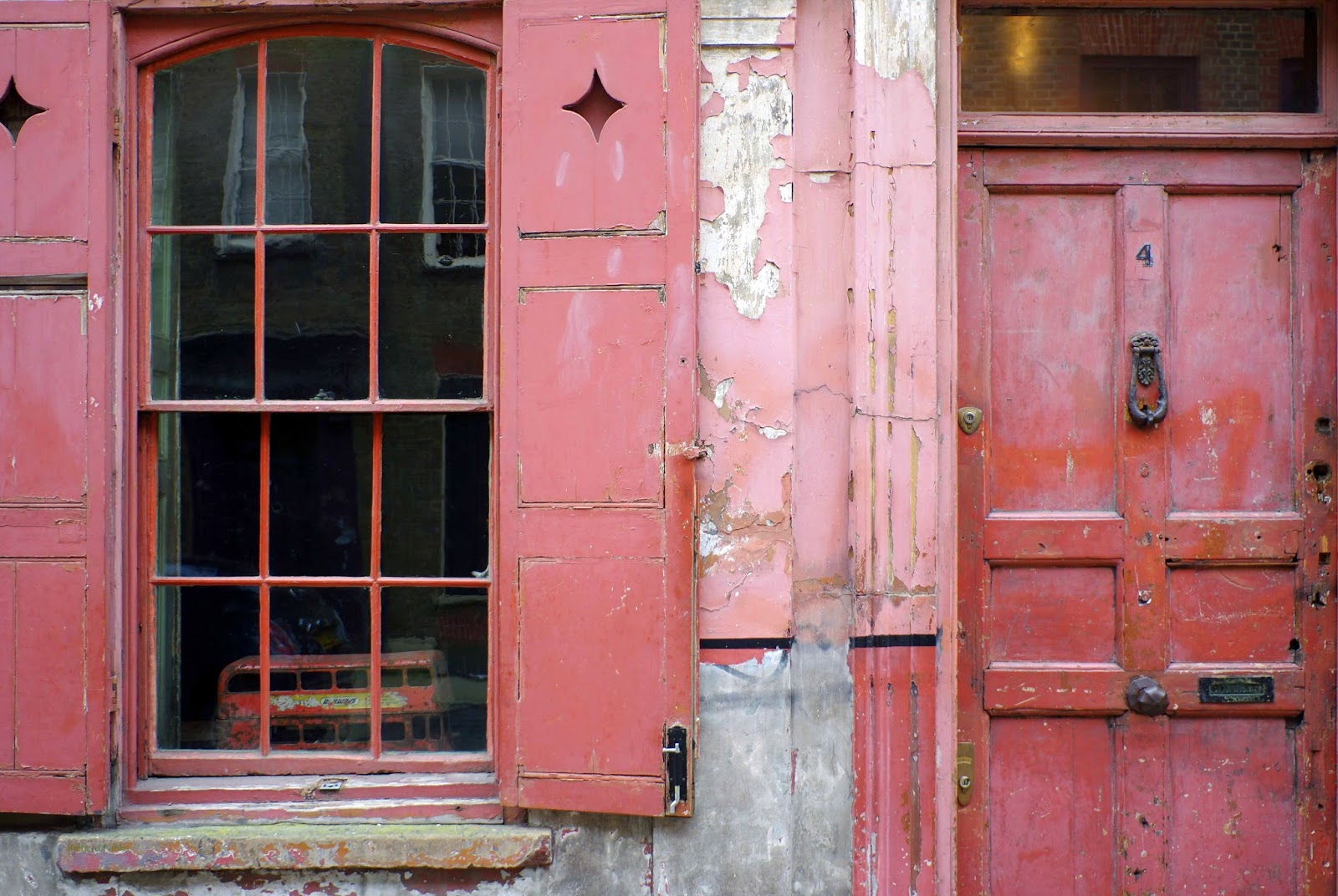 Jack, the Ripper, stalked these stews, and the heritage walking tour that traces his footfalls stops in this pub, The Ten Bells, which has been here since the mid eighteenth century, so would have been a hundred and fifty years old already when Annie Chapman, and Mary Kelly, plied their trade here. Upstairs now hosts a chic restaurant, with no obviously murderous connections..... 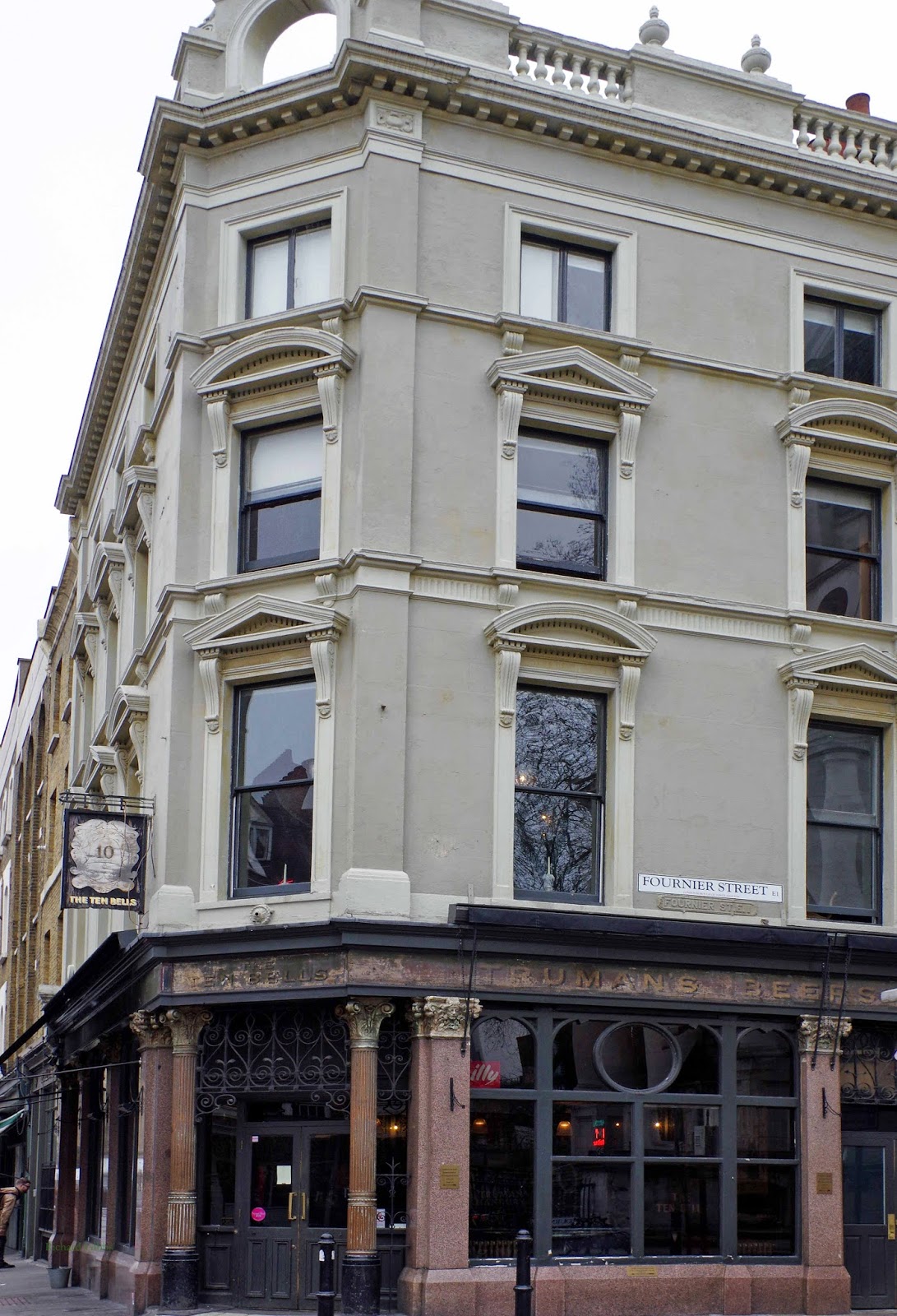 The pub is just opposite the cavernous Spitalfields Market Hall (granted a charter by Charles I in 1638 for the sale of flesh fowl and roots to be sold on Spittle Fields) but this is now, since it stopped trading as a wholesale fruit and vegetable market in 1991, a strange affair, not quite knowing, I venture to suggest, whether it is fish or fowl.  If this were some other city, say Florence, or Paris, this would still be a vibrant, busy, food market, with fresh vegetables, live fish, bleeding meat, stinking cheese, and bar-stool cafes. But this is London, in the 21st century, and such places barely exist, and where they do they are travesties of their past. 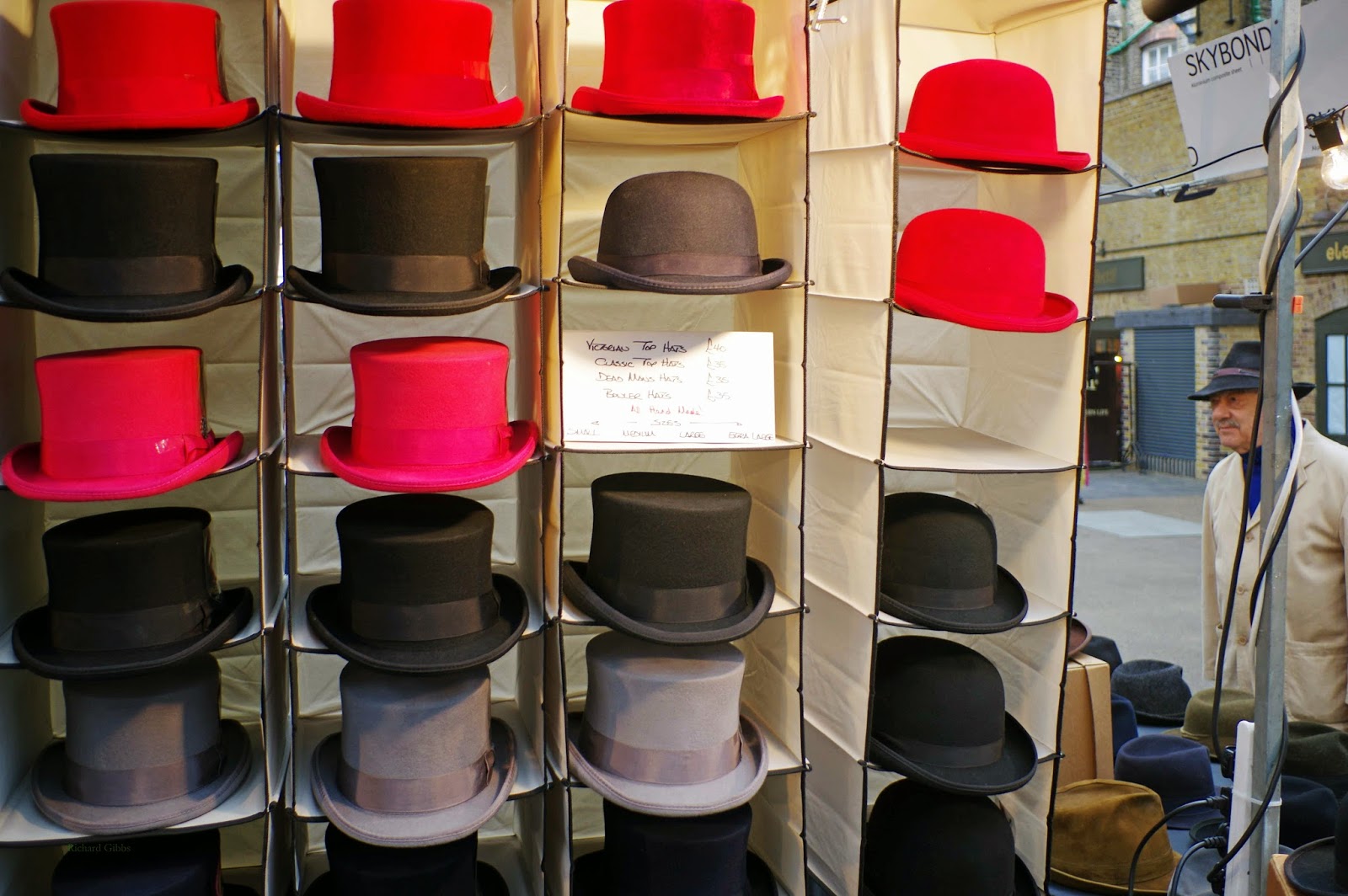 Also across the road from the Ten Bells is Christ Church, a Nicholas Hawksmoor production from 1729 (as a result of Queen Anne's Fifty New Churches Act, 1711, to impress and dominate the godless thousands - including all the non-conformist Huguenots who had moved to this area), though for a while in the 1960s it was in danger of dereliction. 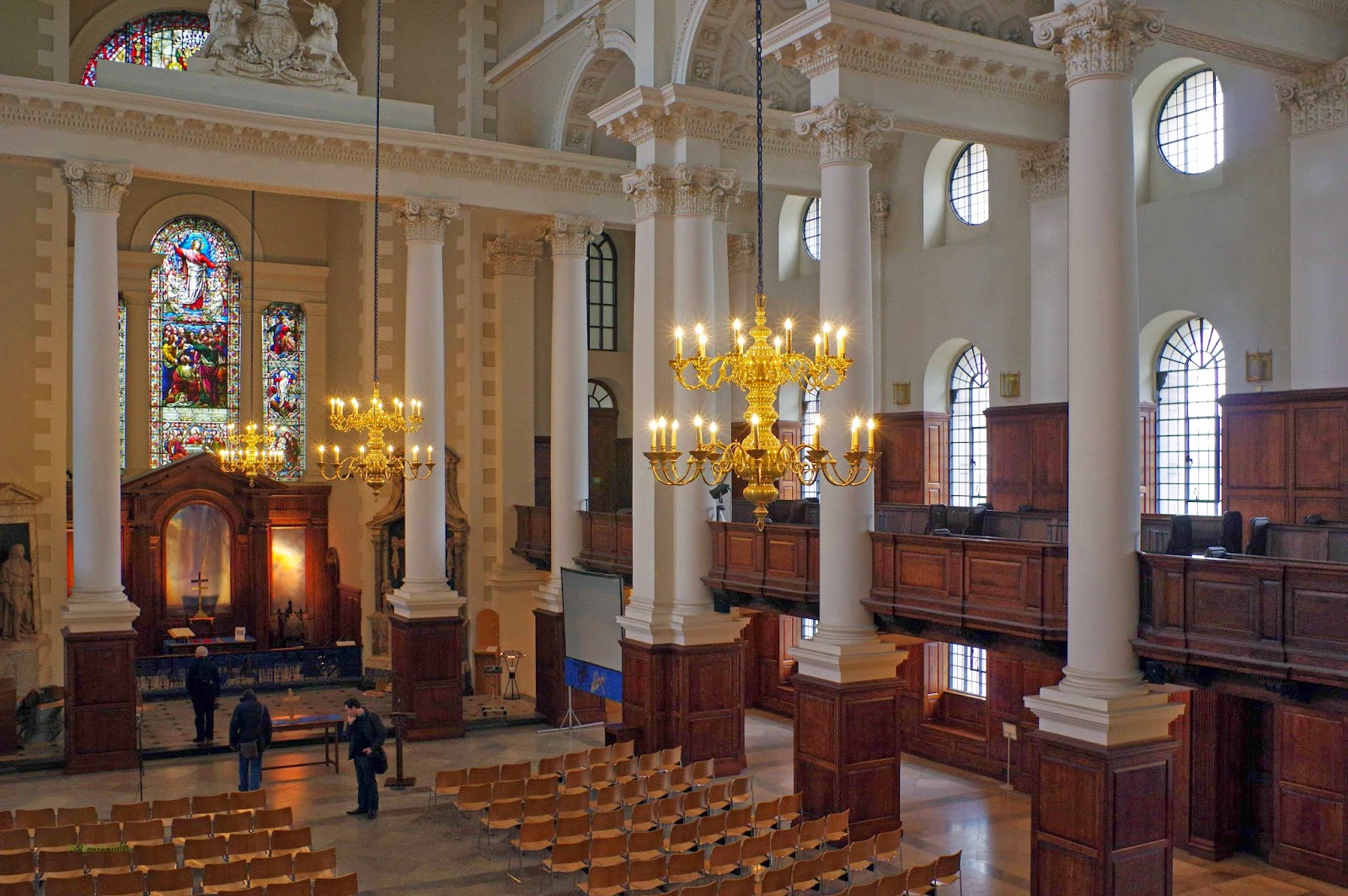 After a ten million pound restoration it reopened its doors in 2004 and now hosts a thriving evangelical community, as well as claiming over 100,000 visitors since its reopening.  And of the things to note, a marble plaque bears the names of Jean and Margaret Rondeau, second generation Huguenots in the early eighteenth century...... 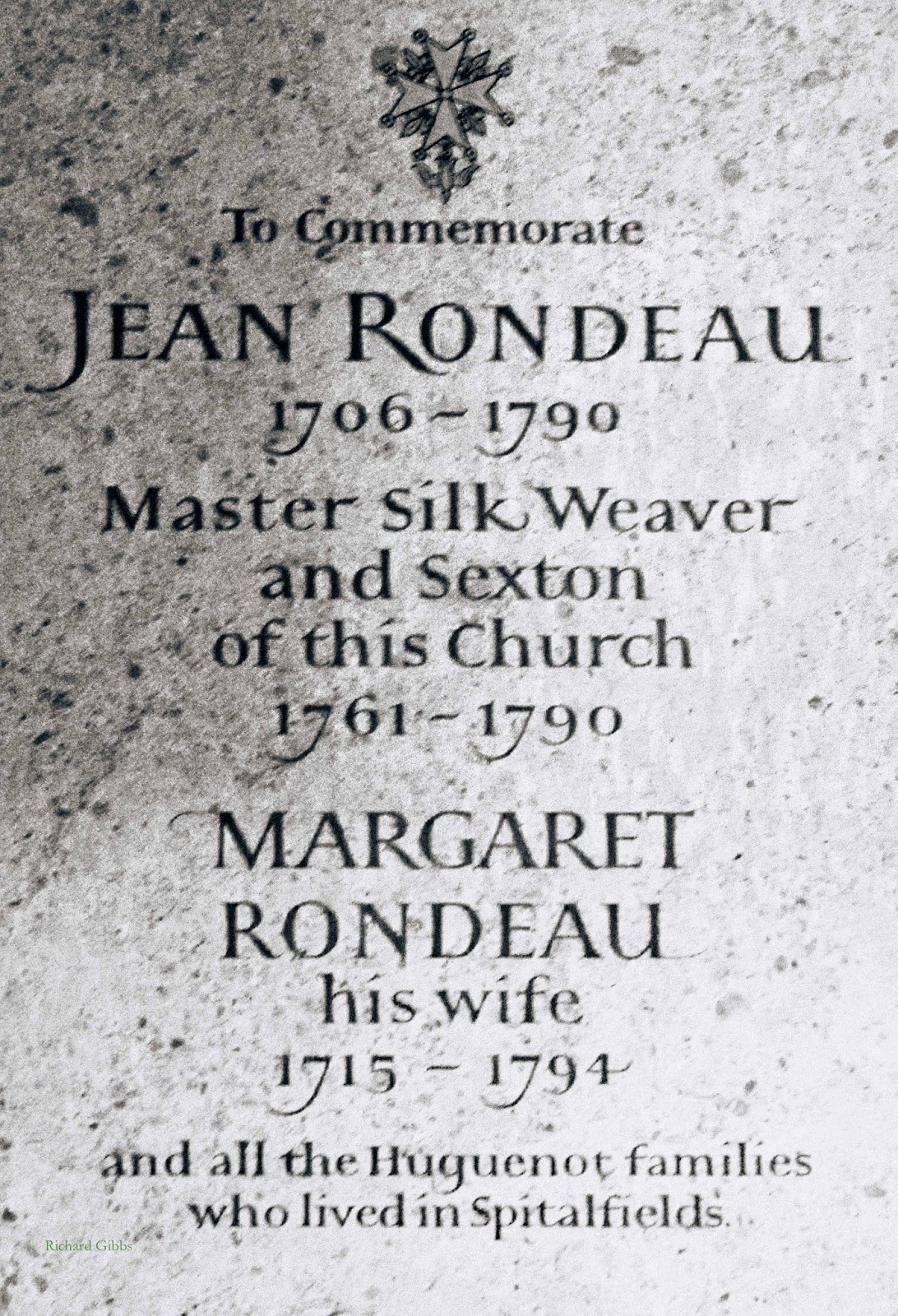 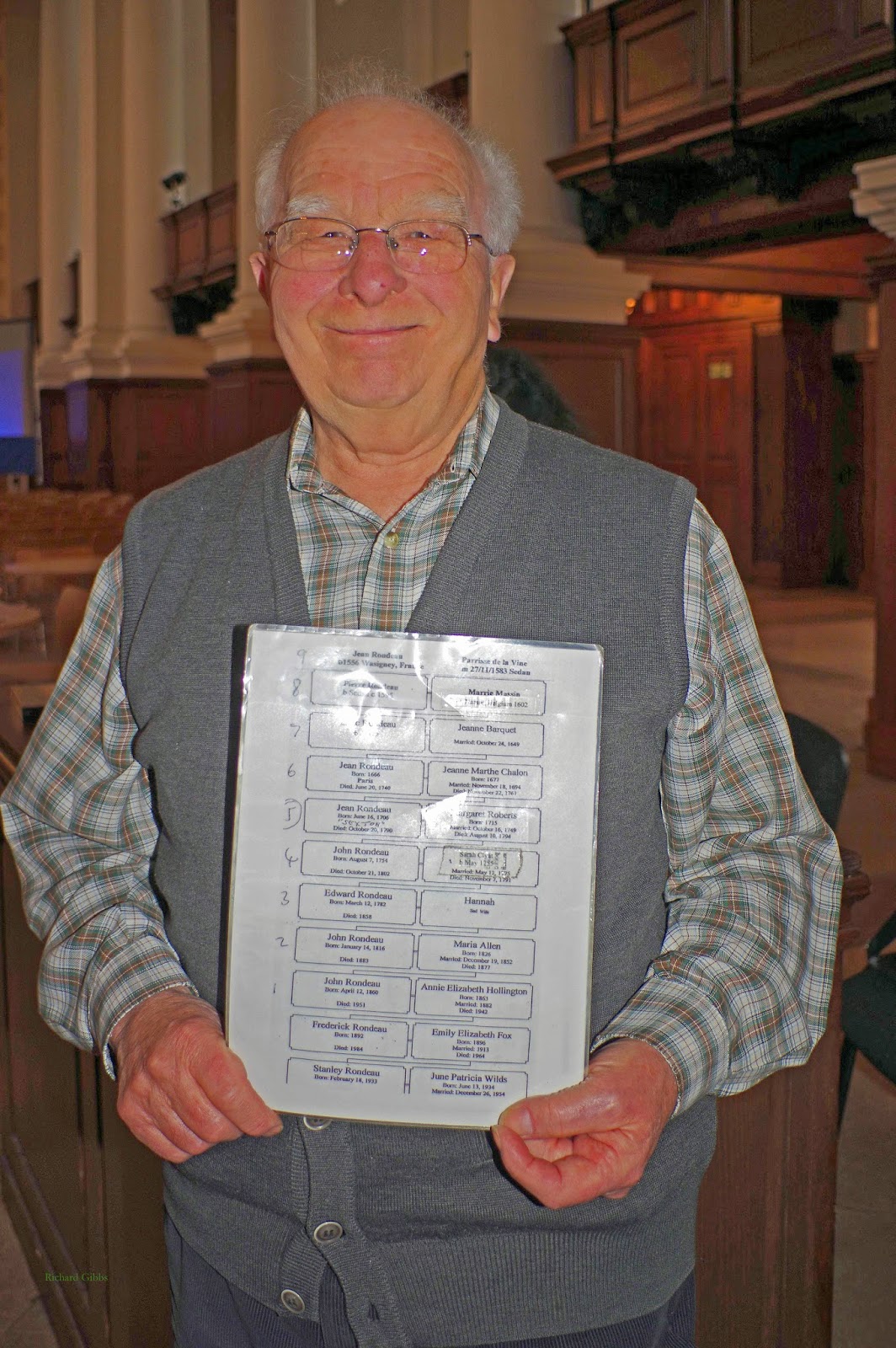 Not far away, on the corner of Brushfield Street and Gun Street, another local celebrity stands proud.  The novelist Jeanette Winterson nearly gave in to a coffee chain here, but decided to stand her ground (if you will excuse the pun) and her Verde and Company Ltd is a mark of the character and independence that is still typical of this area, if you scratch the surface a little.

Just round the corner, amongst the maze of narrow lanes, is Artillery Passage, where you will find one of Davy's Wine Bars, Grapeshots, the perfect place to watch the world pass you by..... 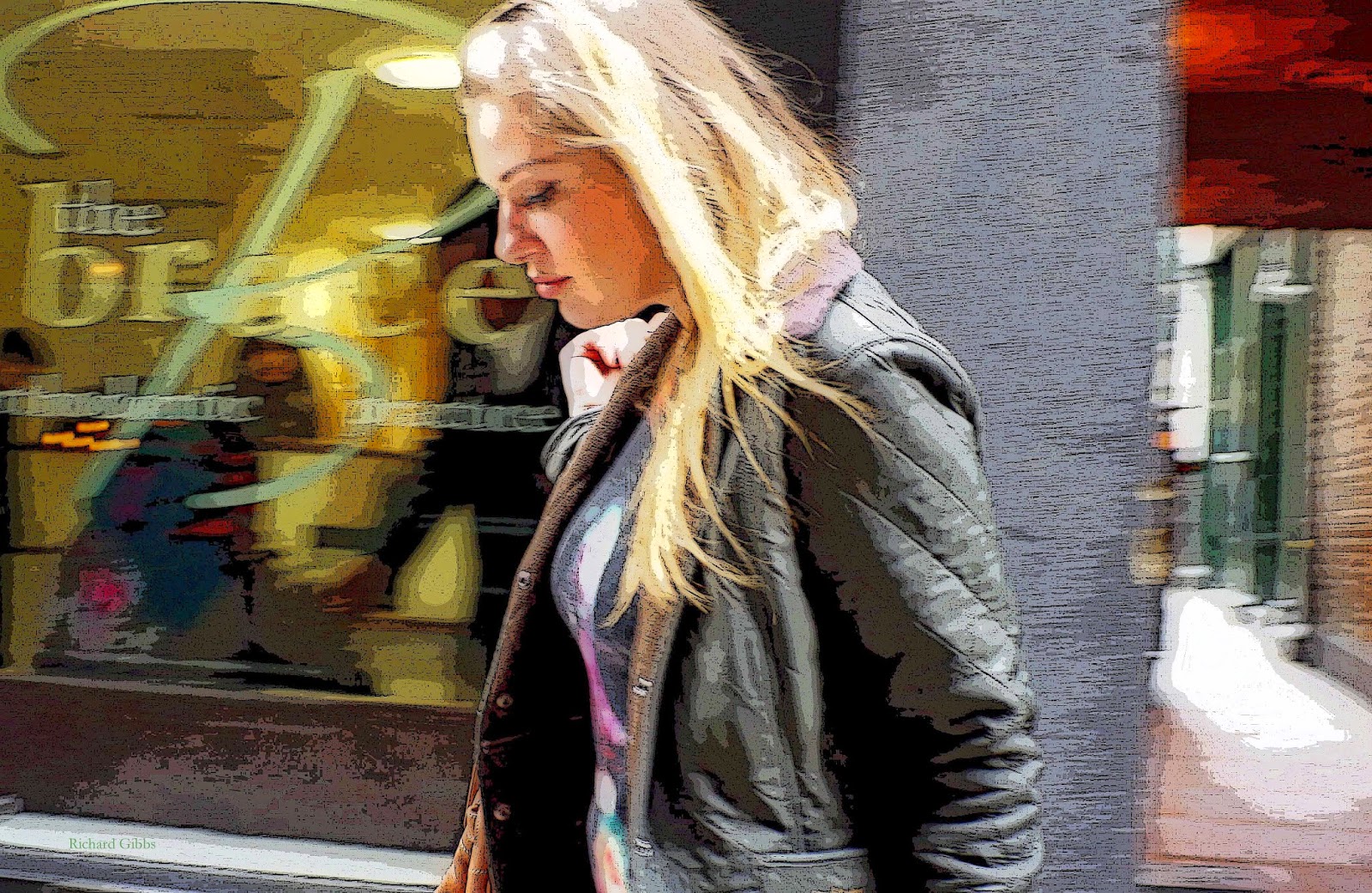 Whether it is in motion, or emotional: 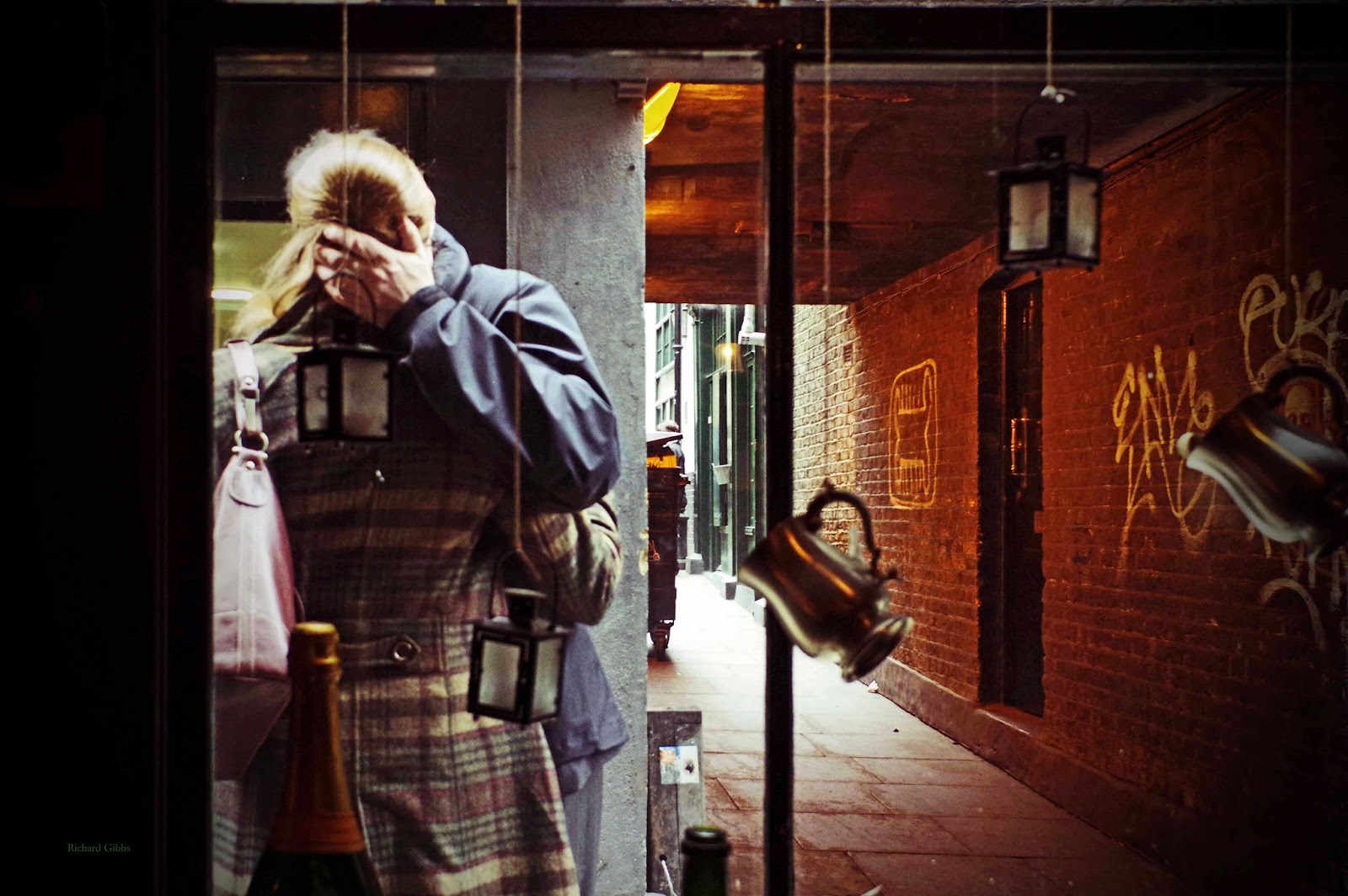 Alternatively, if you would like to immerse yourself in the world of art..... the place to be is The Golden Heart, at 110 Commercial Street, where landlady Sandra Esqulant (The Queen of Spitalfields) serves her friends Tracey Emin, Lyn Barber et alios, in quiet, old-fashioned style. 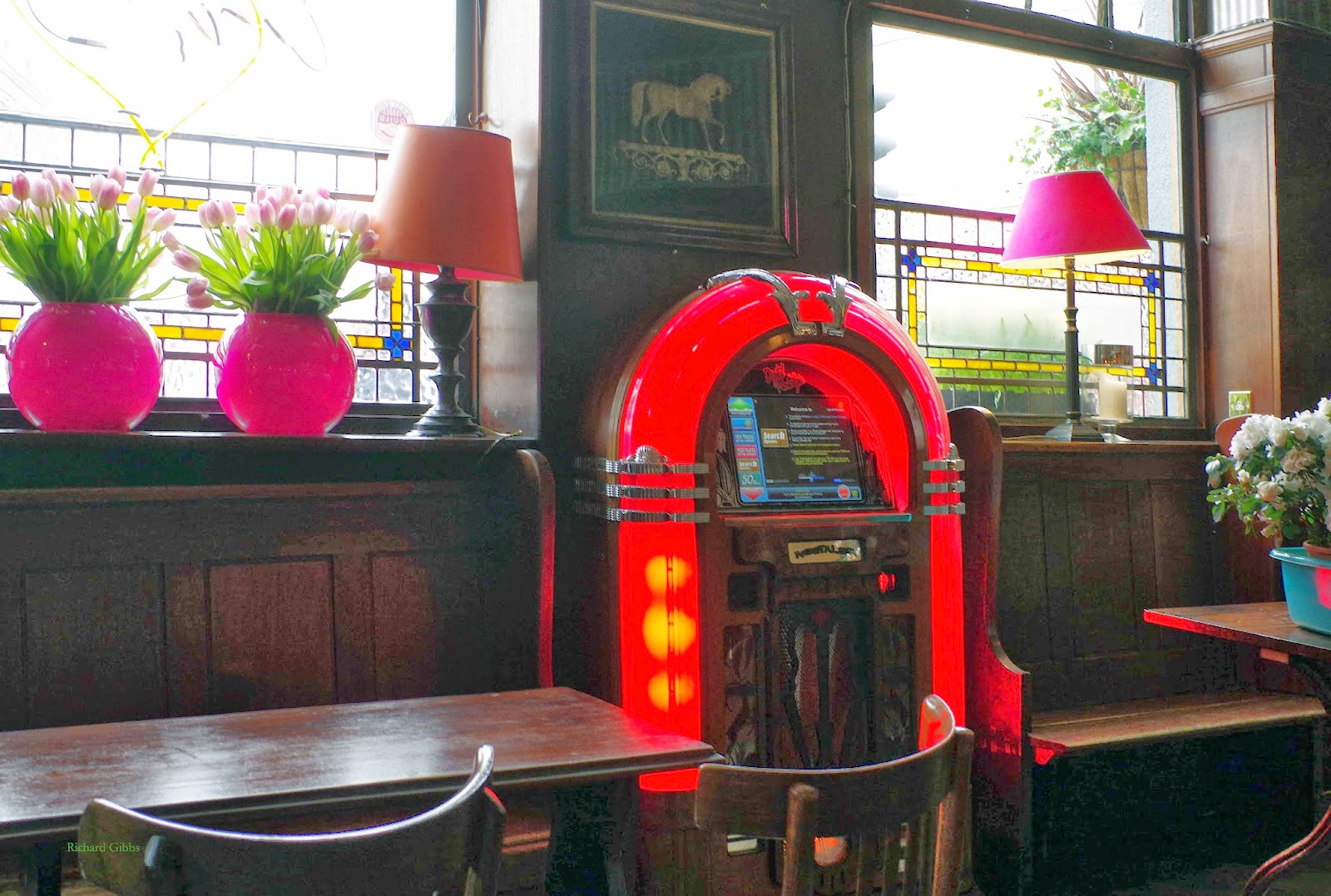 It is as honest an old-fashioned pub as you will find, but do not be surprised if you rub shoulders with the Chapman brothers, or find Howard Jacobson mulling over a pint of Black Velvet with Gilbert and George, (as indeed I did not very long ago.....)

But not all art is high class, or fine, or haute cuisine, etc..  In the Brick Lane area, firstly a Jewish conclave and now Banglatown, the preserve of the Bangladeshi community and famous for sweets and curries, there is an exceptional street art culture, featuring work by Ben Eine, Alice Pasquini, Hunto, Anthony Lister, Malarky, Dan Kitchener, French artist C215, the Belgian Roa and Phlegm (from Sheffield), among others. There is great use of space and colour, even if it does not always purposely display wit or commentary: 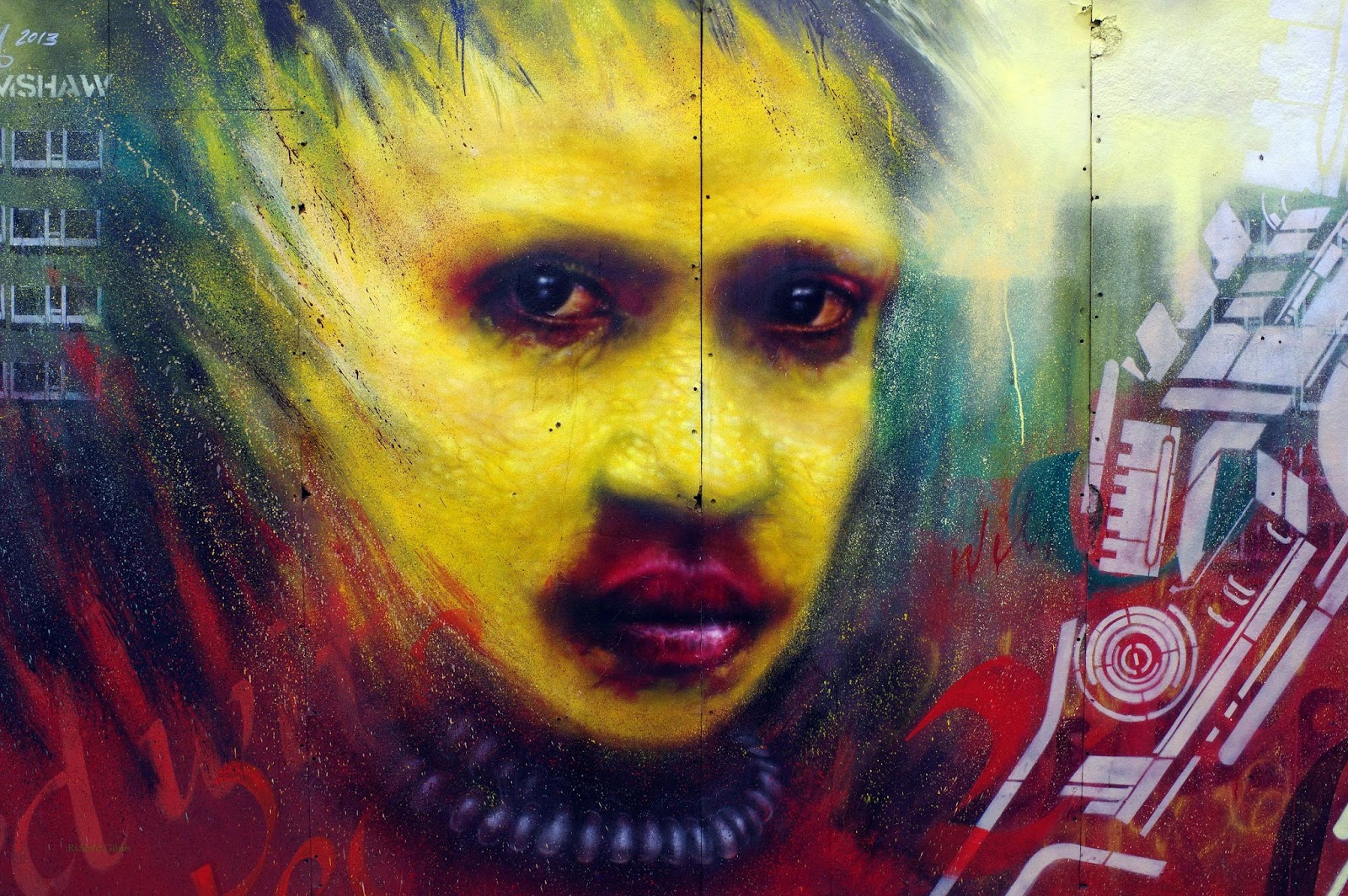 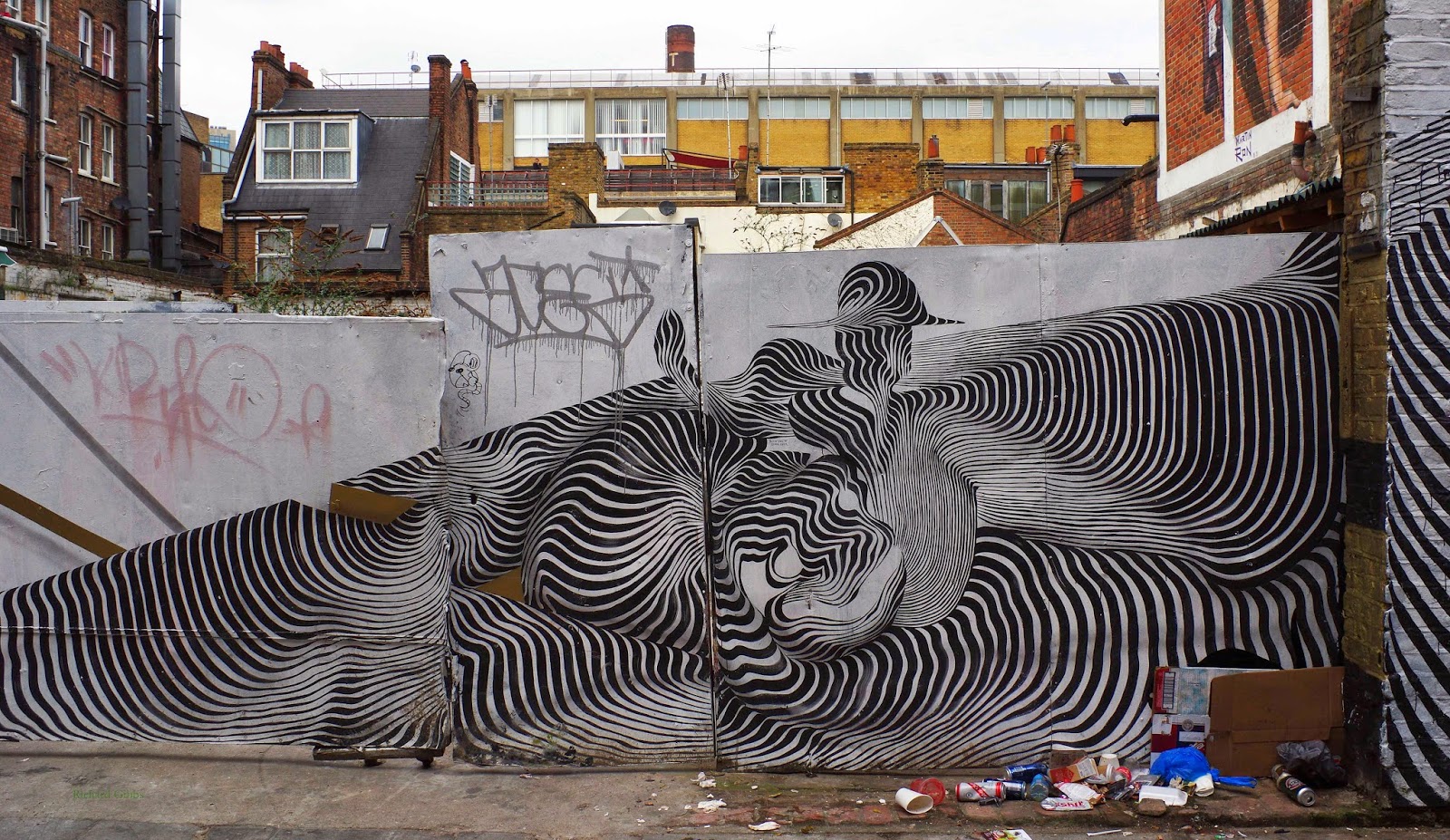 However some works do comment on our powerlessness and vulnerability: 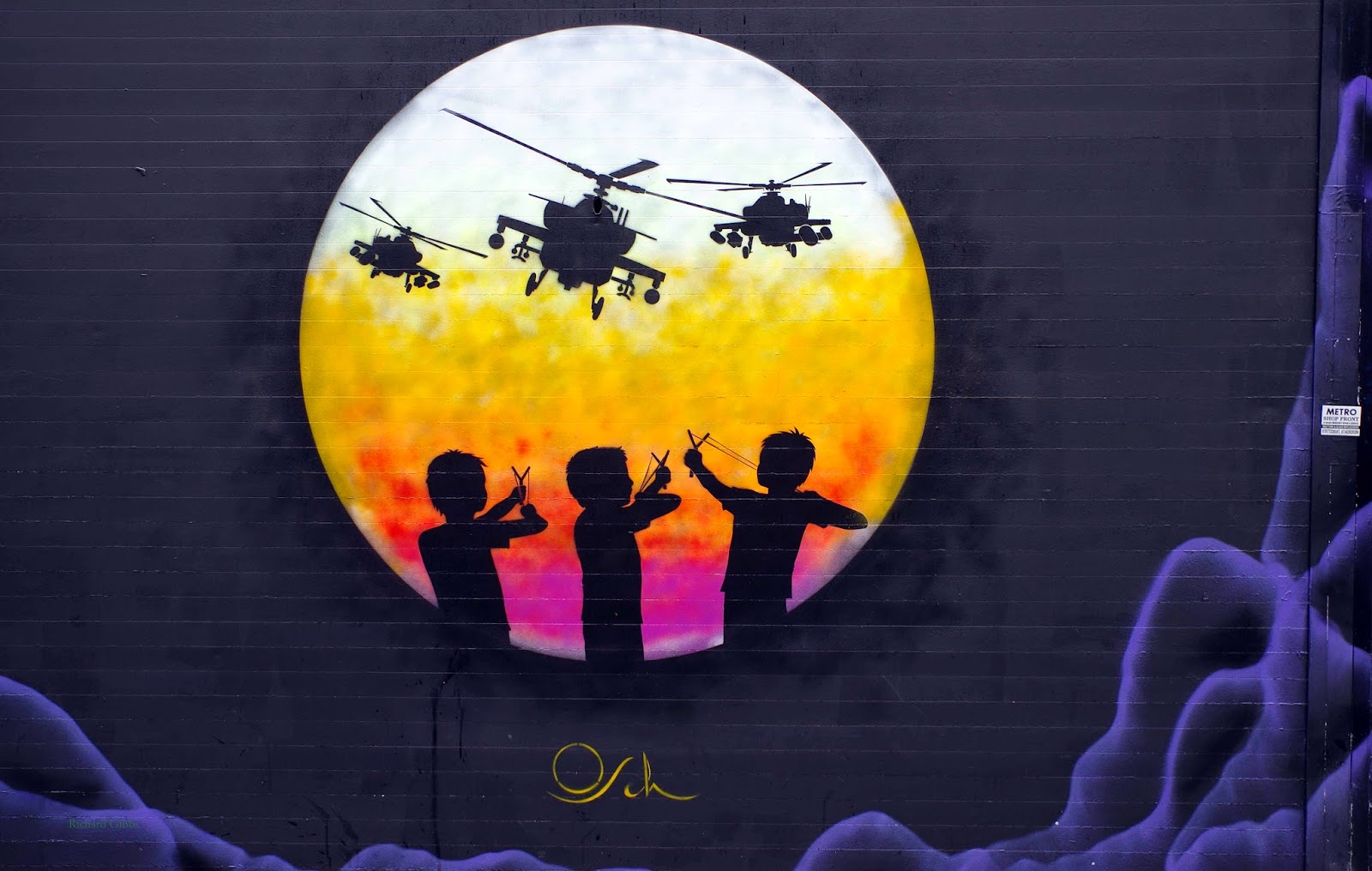 While others, like this by Paul Don Smith, touch on issues of common or national awareness: 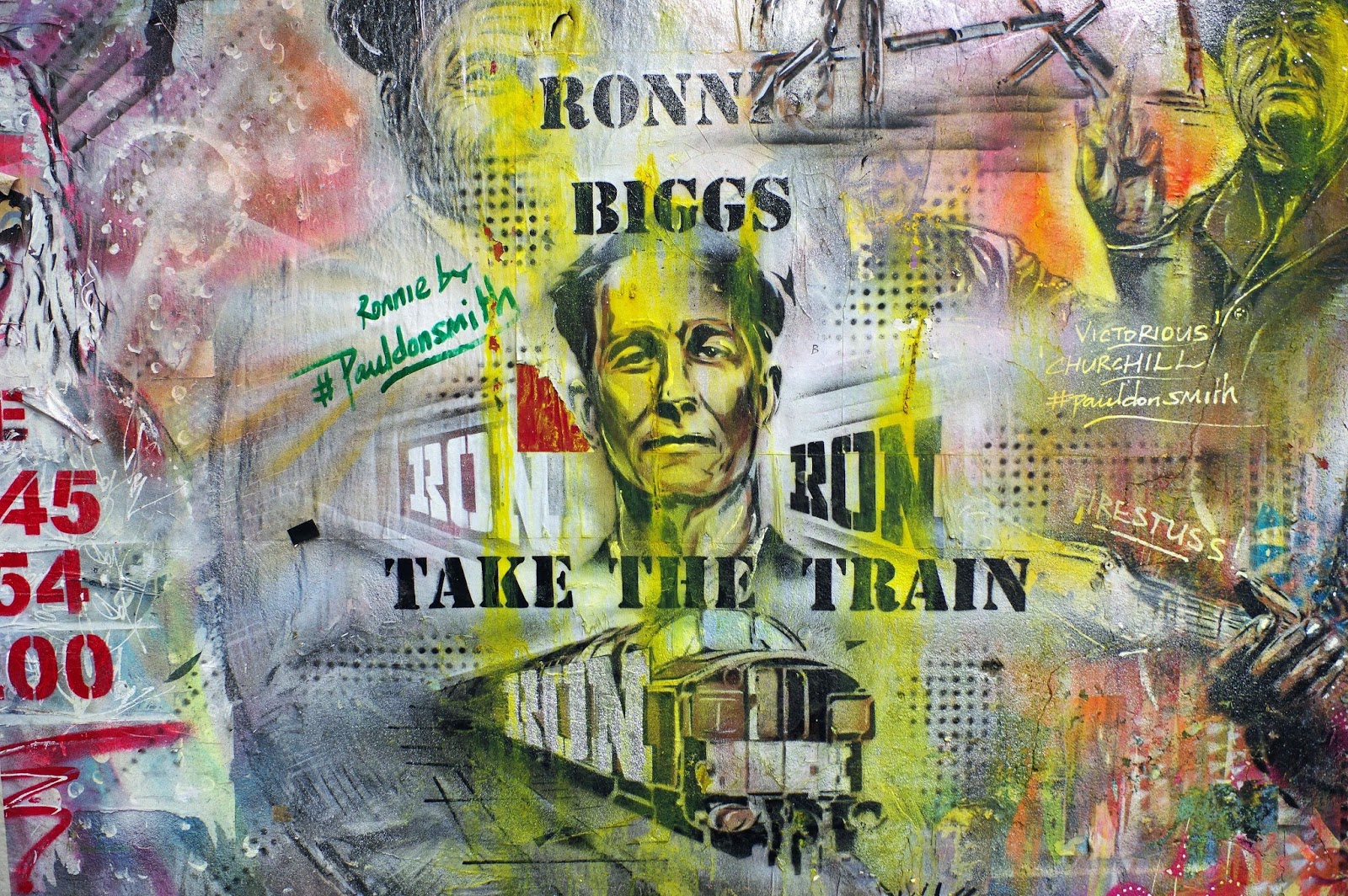 And others are simply inventive and beautifully executed:


There is a lot going on in this cramped and confused area, wedged between Liverpool Street and Whitechapel, once cramped with stews, now teeming with creative aspirations.  It may not be elegant, nor tidy, nor smart, nor beautiful, but it is full of life, and smells, and tastes, and sights.....

There is a wonderful publication, which I acquired from Stanley Rondeau at Christ Church, entitled The Map of Spitalfields Life, which lists a number of characters I have not yet encountered, and places to seek out on my next visit. Things will continue to change, but I would like to try and find Tom the Sailor, if he is still around. He, and his dog Matty, sleep in an old van, and he told the Gentle Author of Spitalfields Life that the best chance you can have is to have nothing.

Wise words in these complicated days, when hospitals and fields don't always go together..... 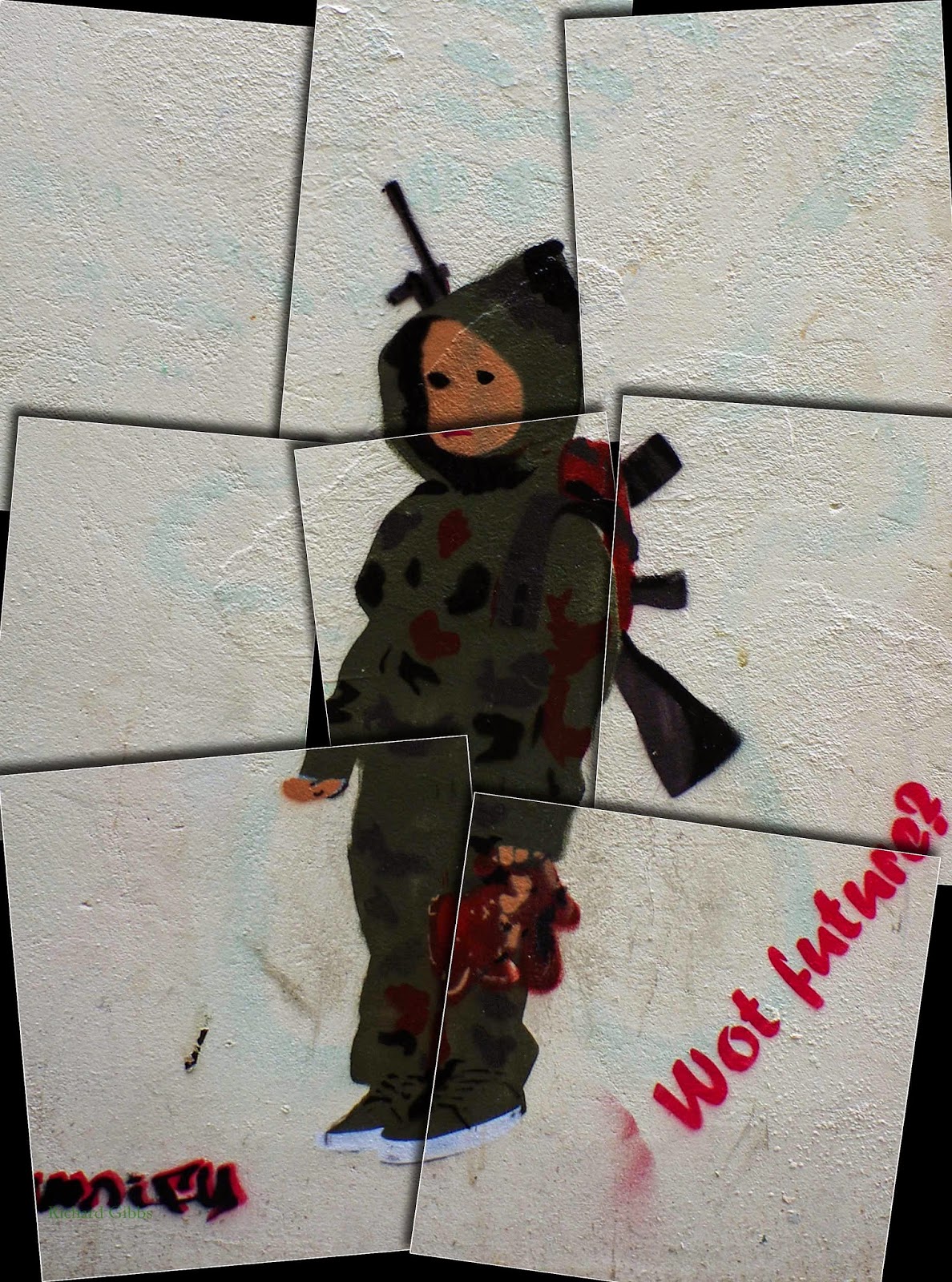 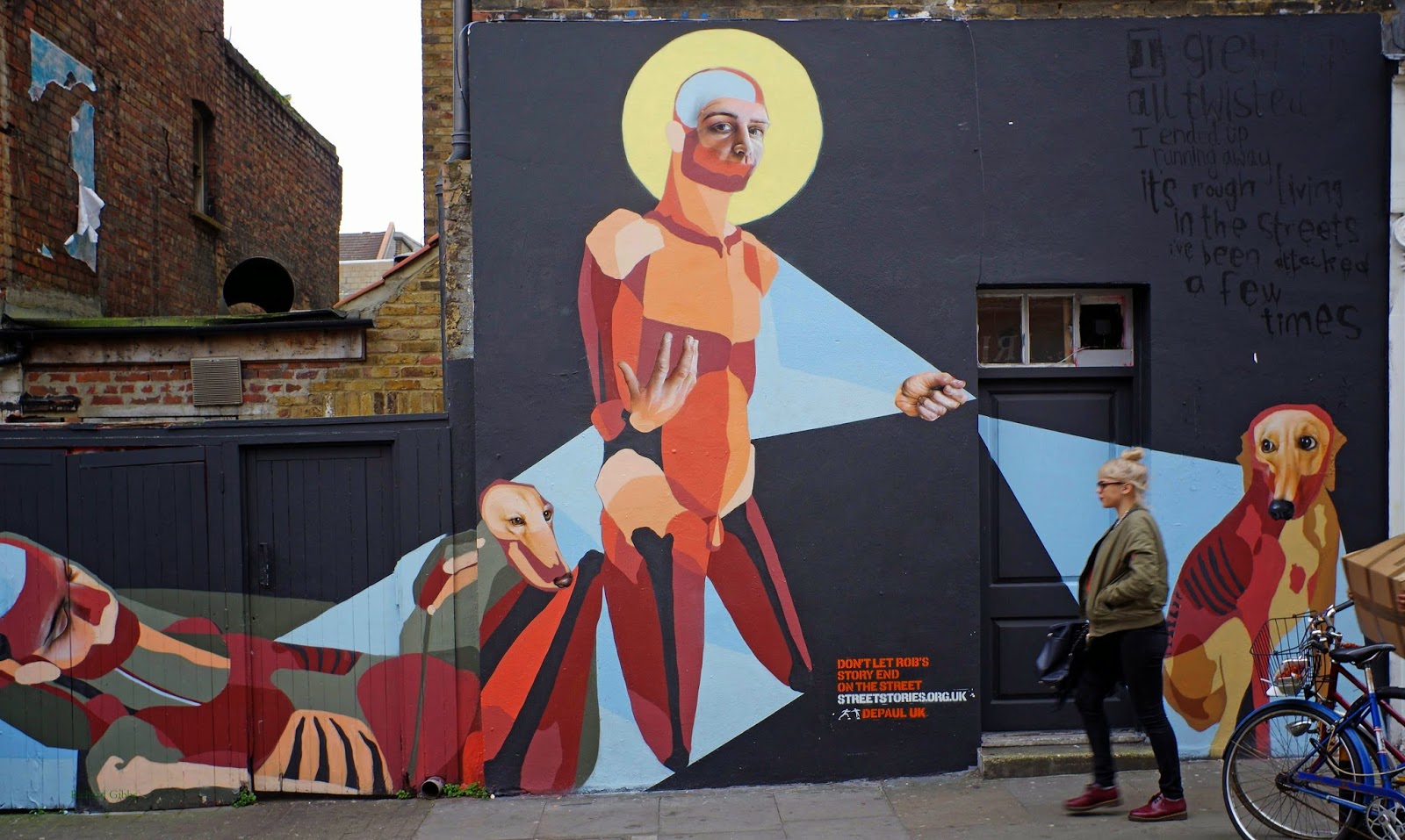