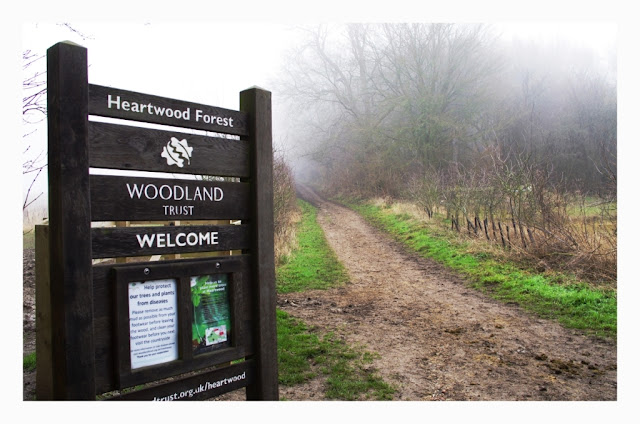 In Charles Dickens's "Oliver Twist," not long after bludgeoning Nancy to death with his pistol and club in the depths of Spitalfields, Bill Sikes slipped out of his house and walked rapidly away, followed by his faithful dog, Bull's-eye.  He  went through Islington, up Highgate Hill, across Hampstead Heath and wandered, wandered, wandered until he ended up in Hatfield.  He stopped for refreshment in a pub, but a travelling salesman offered to clean the spot off his hat.  In horror, as the spot was Nancy's blood, Sikes fled the pub and eventually found shelter for the night in a shed on a heath.  The next day, having heard that the scouts were out to find him, he returned to London to meet his death at Jacob's Island. 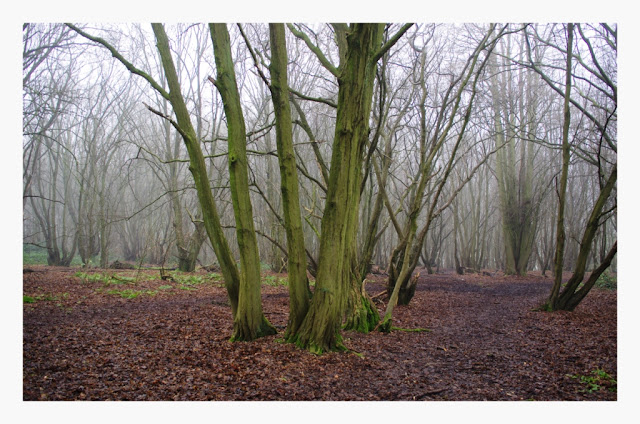 It may be that his route took him from Hatfield through the Forest, but it is just as possible that he wandered west and slept that night on the hill above Sandridge, just outside St Albans, sheltered by woods that even then were ancient. 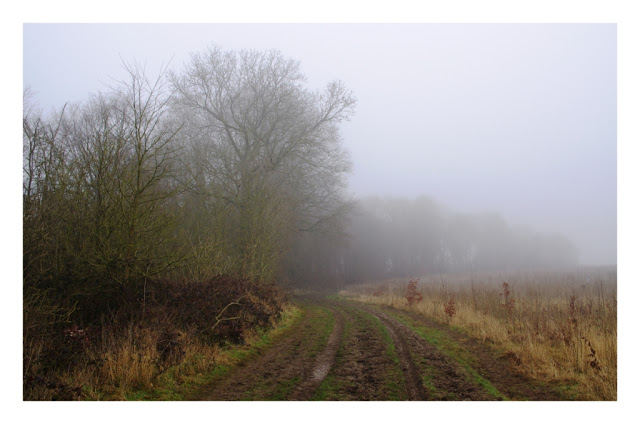 As I walk up the muddy track to Heartwood Forest, the trees spookily shrouded in mist, I remember Bill, and Nancy, and Dickens, their Victorian creator, who himself loved to walk distances through the night.  It is 'only' twenty-five miles from here to the centre of London, but where once the villages of Hampstead and Highgate were healthy rural retreats from the smoke and smells of the city, it is now almost continuously built up from the Thames to beyond the M25, and over two million people live within fifteen miles of Heartwood forest.  It is quite something to imagine the countryside stretching in towards the city, to think of walking from here in to the centre down muddy lanes and along leafy paths. 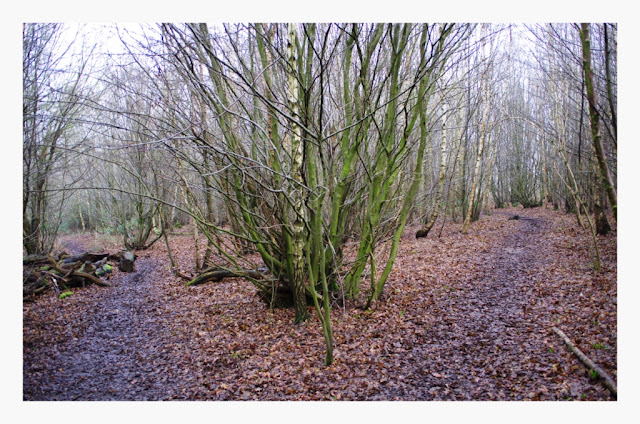 Sikes wouldn't have found much rest here now.  The tracks are churned to mud after the recent rains by innumerable dog walkers, runners, cyclists, horse-riders.  It is a much publicised and exciting project, with plans (which began to take shape in 2008) to plant 600,000 new trees on 858 acres of land before 2020.  It is England's largest new area of broad leaved woodland and is already drawing large numbers of visitors who appreciate the open air and like to develop their links with nature. 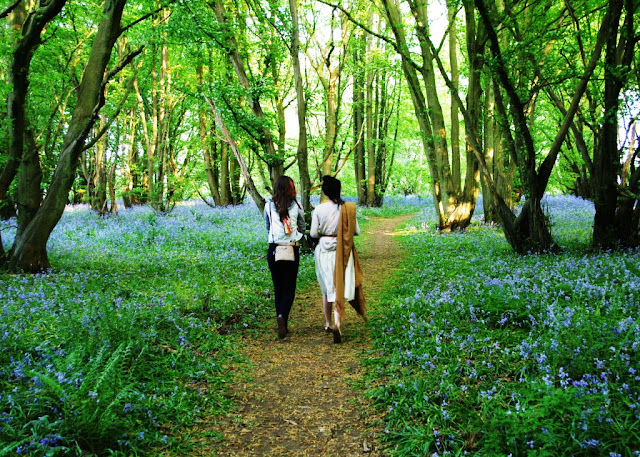 For me the best parts are the relatively small parcels of ancient woodland, with names such as Wells and Pudler's Wood.  Here the trees have existed continuously for at least 400 years, self seeding and serving the human factor in a balanced way.  The ecological communities, dependent on the growth of new trees and the decay of old wood, aided by a lack of disturbance, are of great value and consititute natural heirlooms of wildlife for all to admire and enjoy. 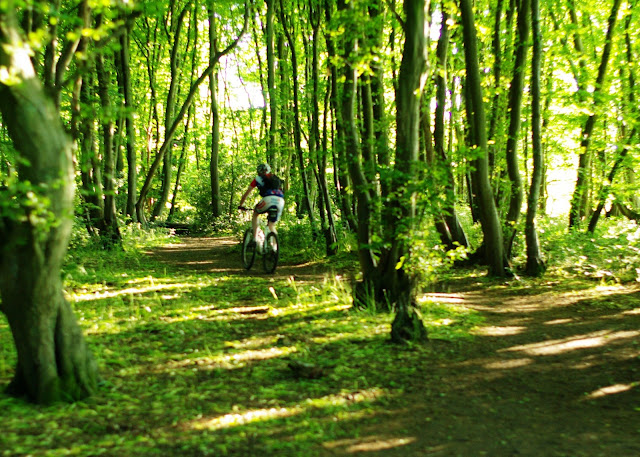 There are hornbeam which used to be coppiced, oak, beech, and other native broad-leaved species.  These woods, totalling some 45 acres, are home to a wide variety of natural species, from yellow archangels to barn owls, bluebells to long-tailed tits.  I am not sure what some of the creatures, previously used to relative peace, make of the gangs of children who build stick houses, or the dogs which charge around on the heels of their jogging masters or mistresses, but life seems to be going on, and my guess is that it will get better as the tiny saplings grow and the woods join up. 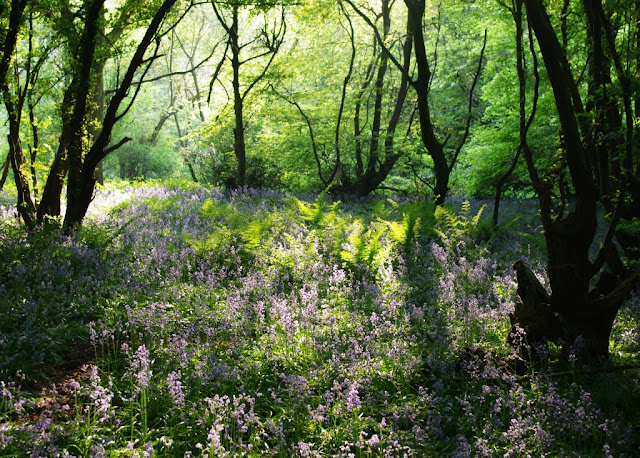 At present, there is a lot of open space; in the future there will be wild-flower meadows with corn-cockles and poppies where the soil is thin on the slopes of the chalk, but the hills are crowned with clay and flinty soil, and the trees will like it here.  It is still a developing site, and the stirring of the soil has given life to seeds that might have otherwise lain dormant. 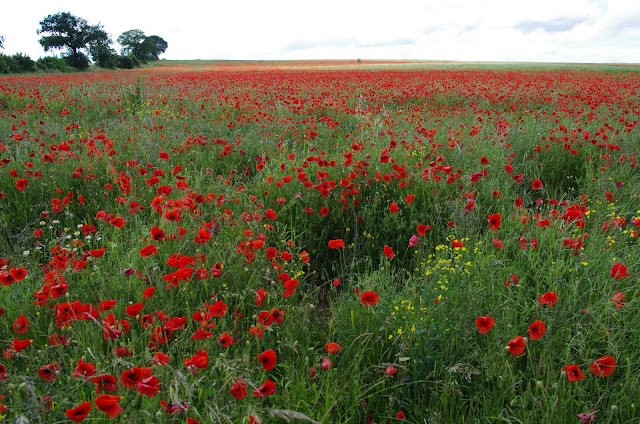 For me it is at its best in the mists and drizzle as it has a muted beauty then, the air pungent with the scent of fungi and leaf mould, and there are less likely to be quite so many children playing, but there is room for all and on a bright day the birds, such as linnets and yellow hammers are easier to see. 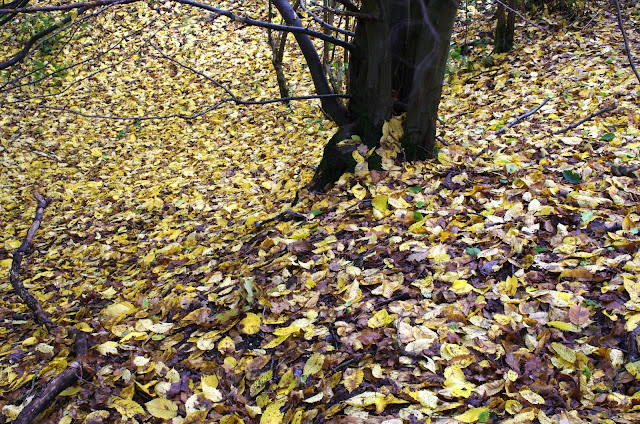 I count myself privileged, as it is only half an hour's walk from my home, and I can take quiet moments to sit on a tree stump and think, watched by the woven willow wildlife that don't seem to mind my presence.  I won't see the mature forest, but, like Bill Sikes, my spirit may wander here for some time to come. 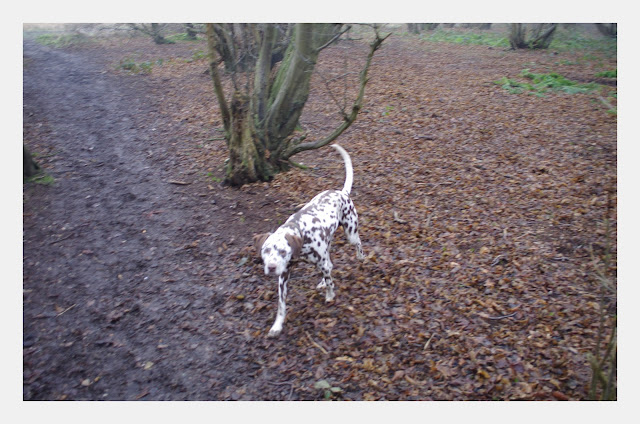 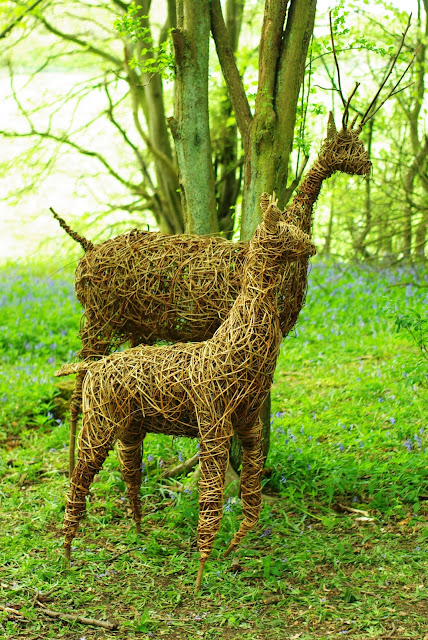 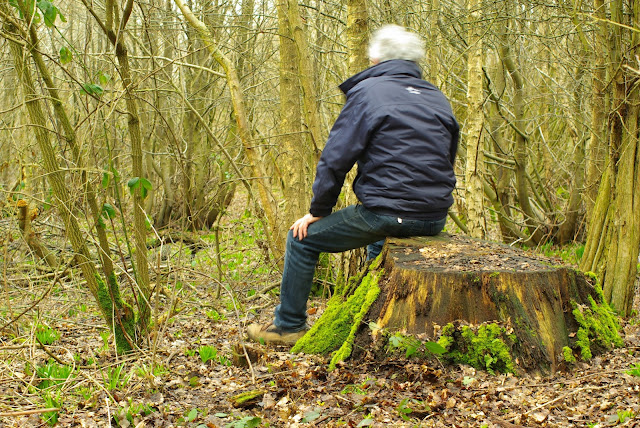